Get to Know a Chef: Teo Paul, Union

From a farm in southern Ontario to the streets of Paris, chef Teo Paul has developed a simplistic yet finessed style on the plate. His restaurant, Union, is a mĂŠlange of the relaxed bistros and indulgent brasseries he frequented in his travels. It's an indescribable romance, the seasoned chef says, that he aims to capture in the atmosphere and classic dishes he presents to his diners.

Yes, I was interested in it. I'd rather be a writer, but cooking was always sort of a place to go to make money.

I was just cooking in kitchens--I started when I was sixteen but then I stopped for a while, went to school and came back. But Statlander's was my moment where I was like, yeah, this guy's got it all figured out and I guess it was my first inspirational thing. 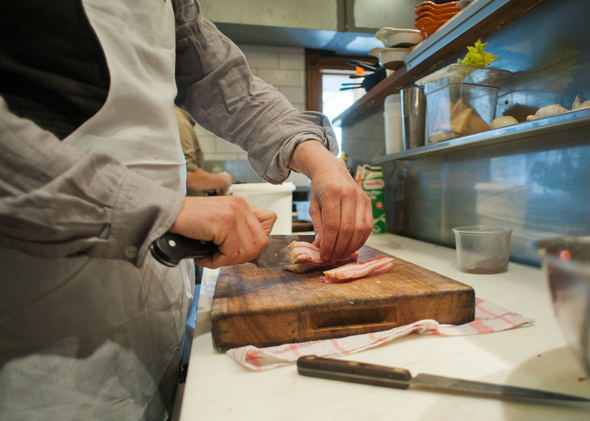 What key lessons did you learn from chef Michael Statlander?

He was just on a farm, he grew his own vegetables, had his own chickens, lambs, ducks, quails, smoked his own stuff, and barbequed outside--people didn't have the chance to pick the menu, they just came, and ate, and loved it. You first see that with Statlander: it was sort of the utopia of a cook's life and that was the way to do it.

You used to work as a chef in Paris. How is the approach to running a restaurant there different than in Toronto?

In France, people go out for lunch more. People drink wine, eat steak--big meals for lunch. So cooking wise, lunch is busier from what I've noticed, but it's all pretty much the same. People here are as responsive as French people are, so I've kept my same approach and it's worked. 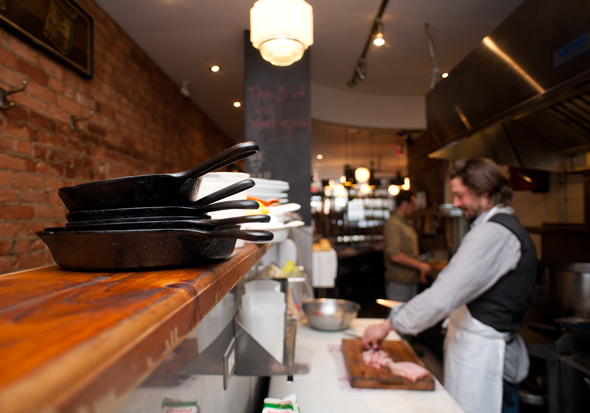 What aspects of Parisian dining did you hope would translate to Union?

The meat and sauces--that simplicity that's not rich, but bold. You visualize in your mind what you eat in Paris; the impact and force behind it, that romance.

Where do you source your ingredients? Do you have any favourite farmers' markets?

In Toronto, I like the market at Dufferin Grove and there's one off the Don Valley Parkway. When I first started, I had a chef thing there on Tuesdays, which was really good, so I guess I have an appreciation for that place.

I love cooking prime rib on the grill, on the flattop: it's called cote de boeuf and it's sort of romantic. But I usually like cooking whatever I feel like that day. 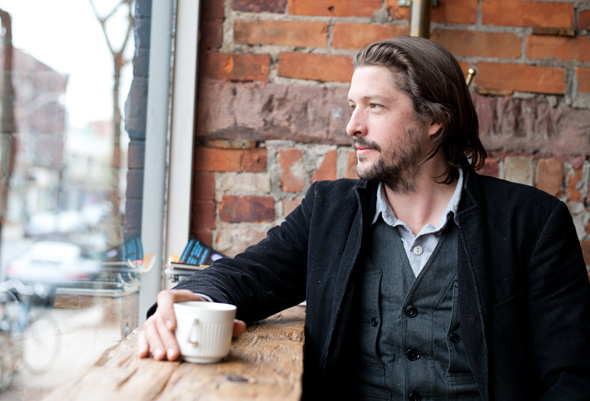 Blanch the fries first, so they're parcooked, or else they just come out burnt on the outside and uncooked on the inside. Use a good potato (Yukon), clean fryer oil, maybe a bit of beef fat in there and then finish them at the proper temperature.

What do you enjoy doing in your spare time?

I like going to the farm: relaxing, working outside, chain sawing--cutting up wood, building up the garden.

David Chang or Daniel Boulud? I don't know who the second guy is

What's one dish you can't live without? Roast beef