Foraging for berries and herbs, preparing hearty roasts and stews are all part of chef Aaron Joseph Bear Robe's cultural and culinary traditions. As the chef and owner of Parkdale's Keriwa Cafe, these principles of local, seasonal ingredients are being seamlessly transferred to the plate. He's eager to showcase not only his Aboriginal heritage in his dishes, but his interpretation of Canadian cuisine: a nod to each distinct region and the ingredients that characterize them.

Where did you grow up, and how would you describe the food you grew up with?

I grew up on a reserve called Siksika Nation that's an hour and a half east of Calgary. I lived there until I was about eleven, and then I moved to Calgary. When I was still living on the reserve, we would visit our aunts and uncles and we would have lots of good stews, roasts; hearty, simple food. But generally we ate like pretty much every kid in the Prairies.

What are common misconceptions about Aboriginal cuisine?

A large misconception is that there's some sort of 'pan Aboriginal' cuisine, that because I'm Aboriginal, I'm going to cook salmon, which for me, culturally, doesn't make any sense, and as a restaurant being local and seasonal doesn't make any sense either. I think people would have expected Keriwa Cafe to be a novelty, but as a cook I just want to make good food. We're really focused on Aboriginal ingredients and we showcase certain techniques like the pemmican, smoking, or preserving. But at the end of the day, we're still just a restaurant interested in making delicious food, great service, and great wine. 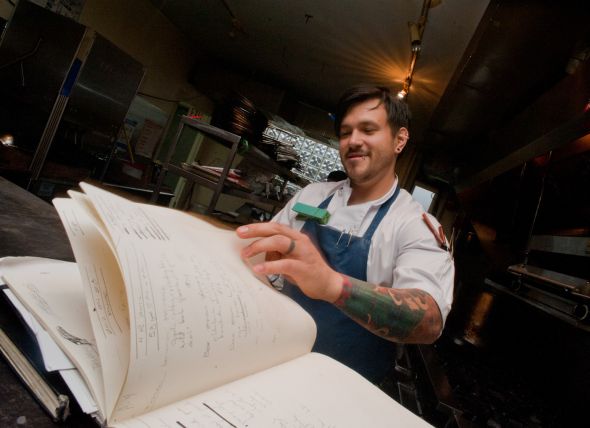 We deal with a network of farmers across Toronto. We do a lot of work as well with Vicki and Tim from Vicki's Veggies, Sean Lovell from Lovell Springs Trout Farm...there's definitely a core group of people that we deal with at Keriwa, we know them all by name and we love working with them.

I was cooking throughout high school and university, a part-time job here and there, but my real foray into cooking was when I started working professionally at a restaurant called River Cafe in Calgary. It was a great restaurant: downtown Calgary, bit of an anomaly, in a beautiful park. The menu changes seasonally, humungous kitchen, everything made from scratch, local farmers - that was sort of the framework I built Keriwa on.

When I was really young I wanted to be a concert violinist, then professor, then actor, which didn't work out. But through all that I was cooking, so eventually I realized that maybe I just wanted to be a chef.

Why was Parkdale the right location for the restaurant?

I didn't really plan it. I just knew I wanted to have an empty space, a clean slate. It's really tough trying to find the right fit for what you want to do. This place popped up, and my wife actually found the listing. And it was kind of coincidental, because the first place I lived in Toronto was Parkdale, and I've kind of always wanted to open a restaurant here. So it kind of just happened that way. But once I saw the space, I saw this empty box and I knew I wanted to do that. And Parkdale's a great community. 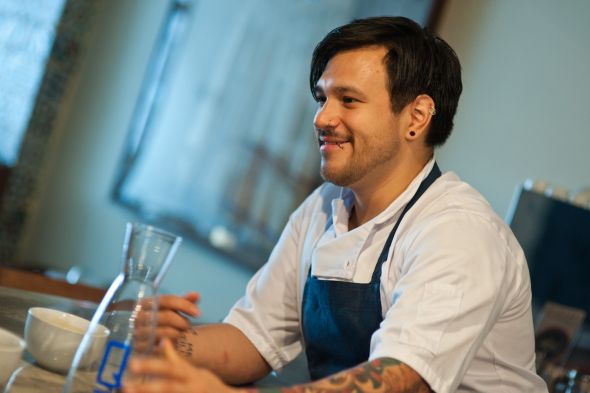 Why do you think there aren't more restaurants in Toronto offering Aboriginal inspired cuisine?

Well, because there aren't many Aboriginals in Canada. And generally, they are detached from mainstream society. So I think being able to bring that to the forefront, and doing what we do in a little way to bring awareness is great. Generally, it's by the numbers. The Aboriginal community is going through a revitalization now; there's a lot of great organizations to look to right now, there are people my age that are coming up and doing great things in arts, film, politics, science...we're starting to see that now, and I think we'll see a lot more in the future. And I would love there to be more Aboriginal restaurants.

What other chefs in Toronto inspire you?

Matty Matheson from Parts & Labour: really talented, super cool guy. He's young, hungry, and uses lots of great ingredients. My friend John from 416 Snack Bar, I worked with him at Splendido, and he's doing some really great things over there. I'd definitely keep an eye on him and see where he goes in his career. As well, Maurizio and James were our old sous chefs at Splendido, and they're at F'Amelia right now. I haven't been over yet, but knowing the level of technique, experience and passion those guys have, I know it's delicious and I know wherever they go they're going to hold down. 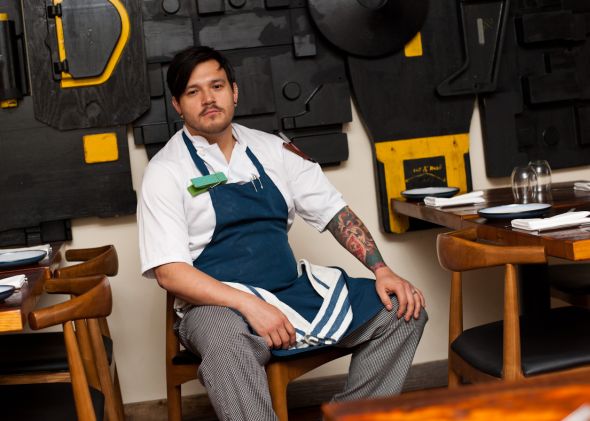 What would people be surprised to find in your fridge? Sriracha

What's one dish you can't live without? Schnitzel

What's one food trend that needs to end? Charging for bread