Get to Know a Bartender: Brittany Montgomery of Yours Truly

Meet Brittany. For her, home is where the bar's at having poured, mixed and drankin' her way through three time zones: Vancouver (East Van, born and raised), Mendoza and Toronto. Her travels have lead to various bartending gigs that run the gamut. She's womanned beer barrels at Granville Street Staples, forced flare at corporate restaurants and lived the life on a South American vineyard. Since moving to Toronto two years ago, Brittany has brought her expertise all over town from the Entertainment District to Leslieville but has recently settled in at Yours Truly.

She takes pride in her product, which reflects her belief that quality and camaraderie can be served in the same glass — likely a champagne coupe (if you see any for sale, let her know). Customers come in all temperaments, so Brit knows when to handle her p's and q's and when to throw in some blue humour. She emphatically invites you to come down and hear some for yourself — over a drink of course.

Name three reasons why you live in Toronto.

Medieval Times (for the food), Red Lobster (for the company) and Family (for the show). 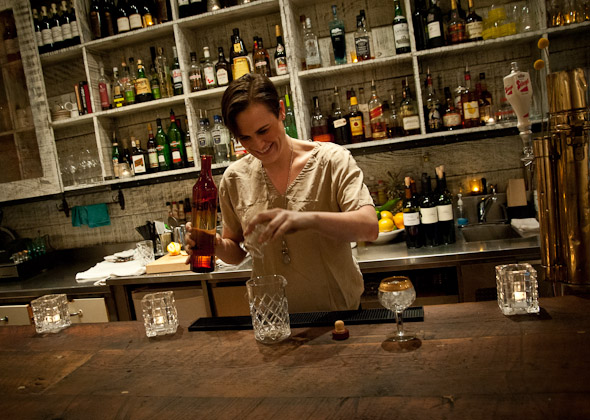 M. M. I sell him bold reds; he sells me on law school.

What's your favorite cocktail (to make or to drink)?

What's your favorite bar or hideout?

The chef's bar at Campagnolo. I like watching them make the food and I'm close enough to ask them what I should order.

What cocktail do you hate making the most?

What's the worst thing you've seen or heard in a bar?

A puddle (you know the kind). Initially that's all I saw, but the details were cleared up later when we watched the security footage. A girl had dropped trow and squatted in front of the bar — shockingly early too (maybe 7 p.m. on a Saturday night). She came back the next Saturday but we banned her for two weeks. 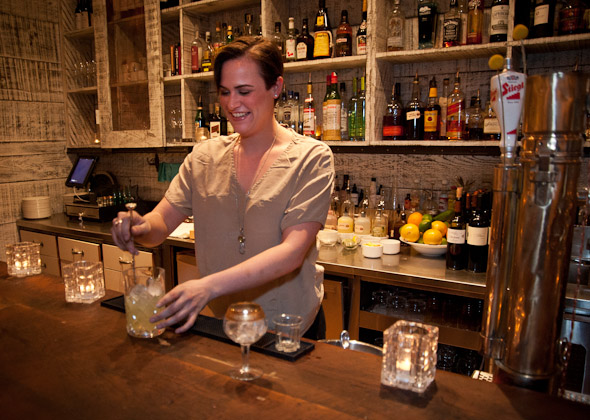 Ban them for two weeks. Crack open a fresh bag of kitty litter (see above).

We close on Tuesdays, also known as half-off day at the movies. I watch two in a row (usually horror or children's animated — some combination of the two would be ideal), previews and all. The theatre by my house has a comfortable couch and they serve Earl Grey.

What's your favorite word for drunk?

Toasty. Like the feeling that you have when you're sipping your bottle of spiked Jolt Cola in the park in the winter, Vancouver winter. 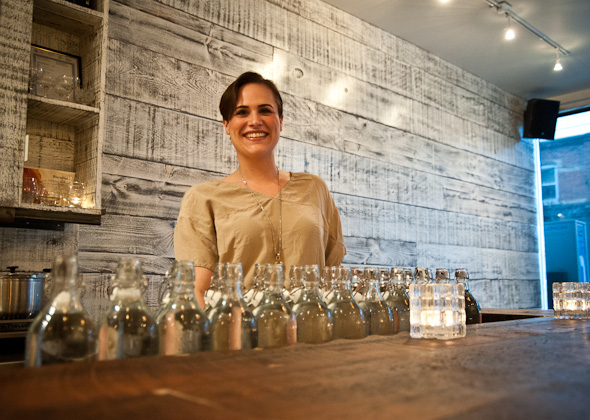 Straight Up or On the Rocks? Up.

With a twist or olives? Burnt.

Beards or Moustaches? Can we make out?