Burger Shoppe is expanding, and I'm not sure if there was a better location to do it then the long mourned The Stem. The old diner on Queen West closed back in the summer of 2008 and I guess the narrow space didn't appeal to the mega-chains who've had a recent love affair with this part of Queen. So instead we get a home grown, mini-chain. This will be Burger Shoppe's third location following their bustling gourmet burger shacks in Riverside and Lower Ossington. 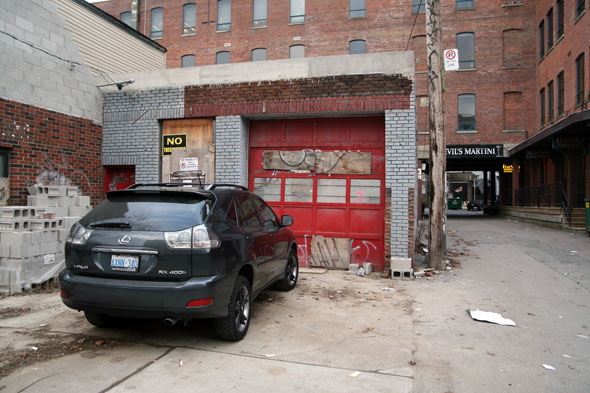 A few blocks away on Portland just north of King, Gusto at 101 has applied for a liquor license. But don't expect this place to open any time this year. Lot's of work is still to be done on this cube shaped one-story down the alleyway from Devil's Martini. 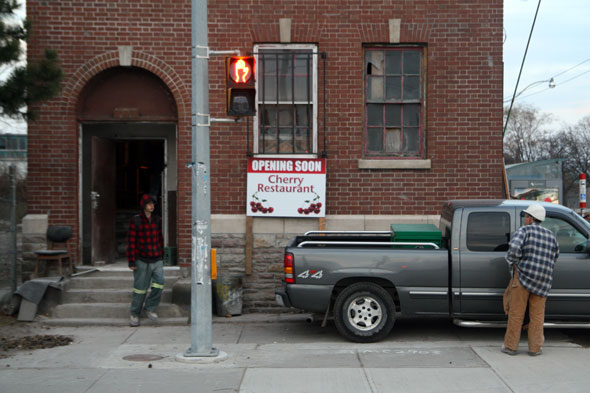 At the corner of Commissioner's Road and Cherry St., the aptly named Cherry Restaurant might bring more life to the Port Lands. Like Gusto at 101, there's still plenty of construction to be done at this long abandoned building but at least there were crews busily working away when I stopped by. 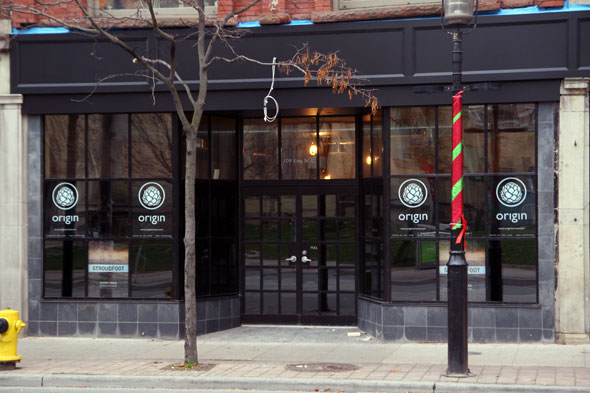 Origin is the long anticipated production of Colborne Lane's Claudio Aprile. The large space at the corner of King and Church has been under construction for quite some time but has a soft opening tonight. Looks like Origin will also give nearby Le Petit Dejeuner some heat for the breakfast and brunch crowd. A menu currently listed on Origin's web site is heavy on the biscuits, hashbrowns and omelets. They'll also be serving grits! 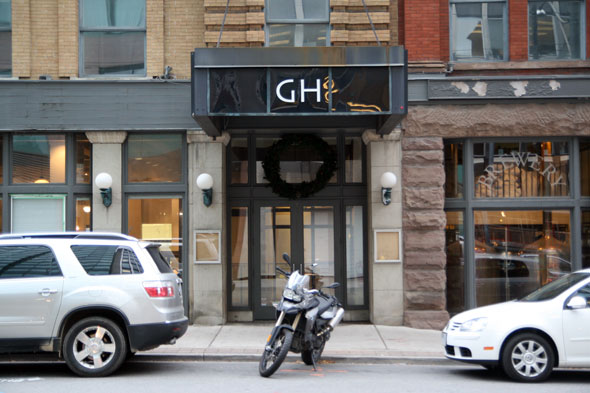 Nearby, on Victoria St. near Adelaide Duggan's Brewery will be opening soon in the building that once housed Denison's Brewery Co. According to the site Great Canadian Pubs and Beer, the owner is Michael Duggan who was a recent champion of Bar Volo's Ontario Cask IPA Challenge. Duggan told the site:

"I am going to try to have 8 beers on tap all the time, trying being the key word. I'll have the #9, a Pale Ale and seasonal products like an Oktoberfest, Pilsner, Weiss and more. I like the idea of rotating seasonals, so I'll be rotating the line-up four times a year." There will also be casks available, which is great news for fans of real ale." 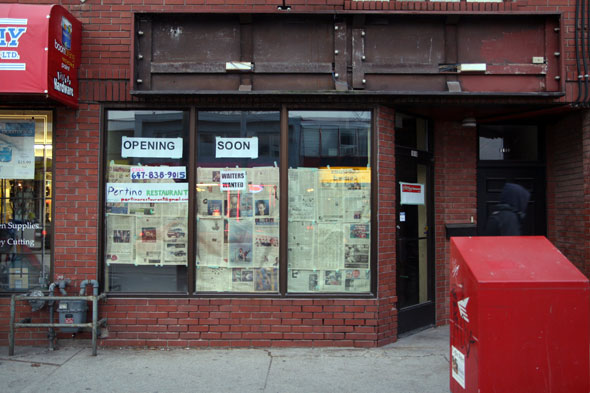 Lastly, near Queen and Coxwell, Pertino Restaurant has taken over the space formerly home to Pachira Asian Cuisine. No word yet on exactly what to expect here but they are looking for waiters!