Another slate of interesting new stores and restaurants are in mid-construction and prepping to open later this summer. In Kensington Market, Grilled Cheese is getting ready to mix bread and cheese together in the space formerly home to waffle emporium Goed Eten. Not sure why, but there's something about this location that just wants to focus on one product. 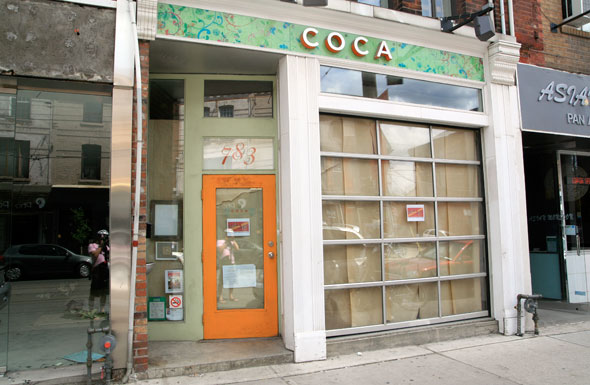 On Queen, the shuttered Coca Tapas and Wine Bar is about to get new life as the third installment of Milagro, the popular but pricey Mexican cantina. Let's hope this outpost feels a bit less touristy than the original on Wellington. No prix fixe menus please. 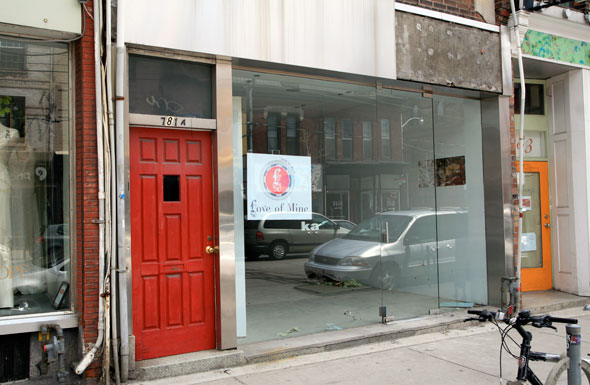 Immediately next door, in the old Kama Kazi location, a new store called Love of Mine still has plenty of work to do to get things ready. A sign on the door points to this web site indicating that jewelery and accessories will be for sale here as well as something called interior styling. 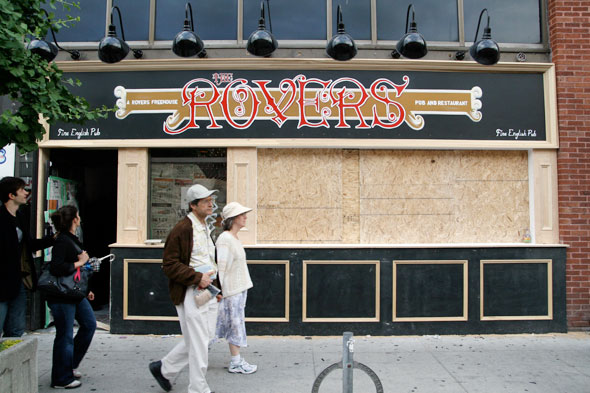 On Bloor just west of Bathurst across from Honest Ed's, The Rovers Pub and Restaurant is nearing completion. Not just any pub, this one bills itself as a Fine English Pub which means I'm expecting seriously good curry and no Canadian macrobrews on tap. 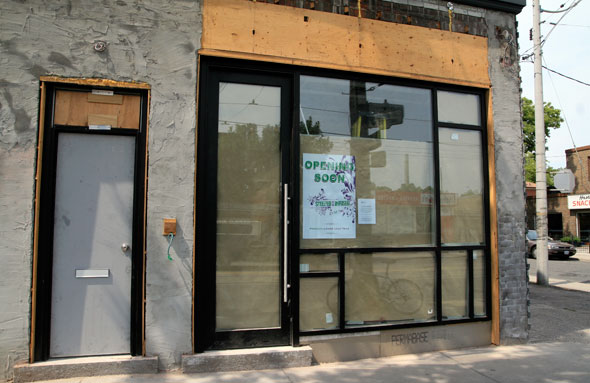 In Leslieville, a new tea outpost called Steeped & Infused is taking resumes as it preps for its opening later this summer. Judging from their web site there will be plenty of loose leaf and organic teas for sale which will no doubt prompt Tango Palace from reminding everyone they sold teas in the 'hood long before all the new hip and trendy places. 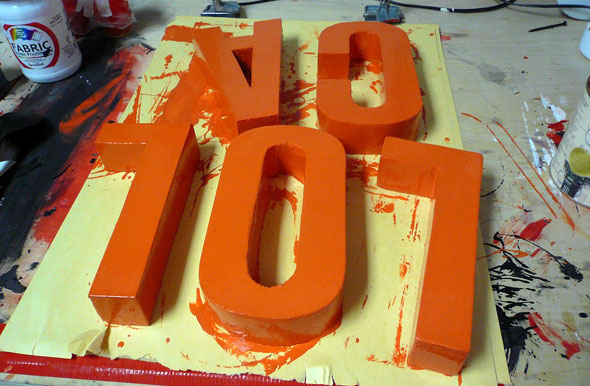 And finally, in Parkdale, design studio Parishil gives us a sneak peek of some of the designs they've been working on for the Local Kitchen and Winebar next door. On the menu: locally inspired, Italian influenced tapas.