Despite the recession and recent deadpool talk, there are plenty of entrepreneurs about to open new restaurants and stores in Toronto. Among these is Hoof Cafe, in the former spot of the Chelsea Room on Dundas West. The news was first leaked on Charcuterie Sundays, the popular blog belonging to the Black Hoof. Seems that success has allowed them to expand and the cafe will be an extension (not replication) of their popular charcuterie restaurant. They've recently posted a video of the start of the demolition. 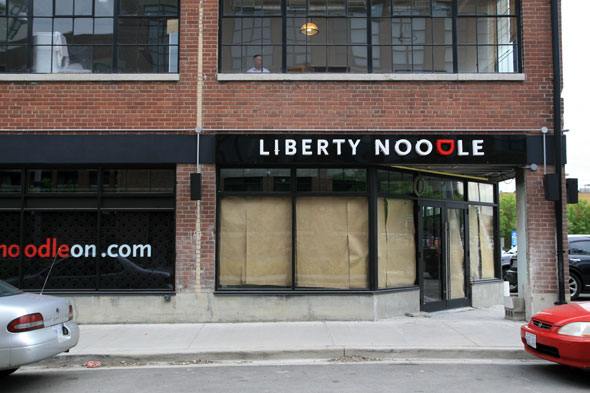 Further south in Liberty Village, Liberty Noodle is finishing up construction on a large corner unit of the Liberty Market Building. The restaurant is expected to open later this month and promises to be a modern and Westernized version of a Japanese Ramen house.The web site suggests the kitchen will be cooking up healthy and nutritious Japanese inspired food, fresh and fast. 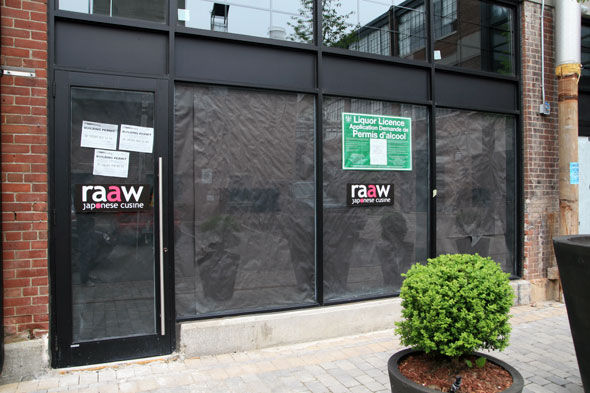 Around the corner, hidden behind Brazen Head and not far from Atelier Thuet, Raaw Japanese will likely bring what Liberty Noodle isn't - mainly, a focus on raw fish. 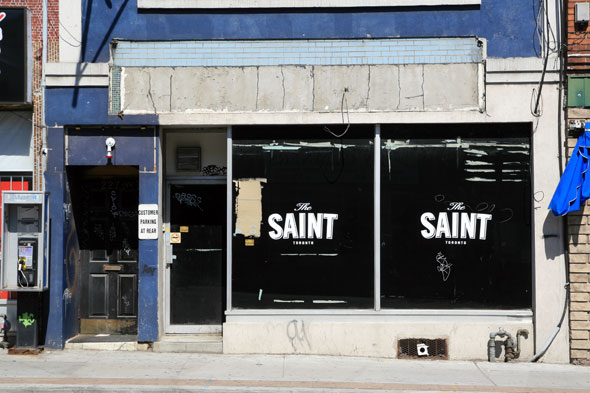 The Saint is a no secret addition to Ossington. The owners are the same people who just opened Jezebel and luckily they applied for their bar license before the one year moratorium went into effect. Construction is ongoing with an opening expected later this month. It's billing itself as a gastro pub and neighbourhood bar. 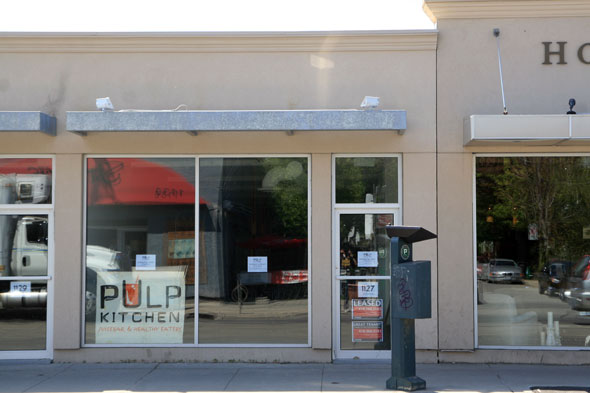 Pulp Kitchen in Leslieville isn't dead after all. The restaurant is now in the hands of its original owner who commented on this site that she was terribly embarrassed about the level of service and appeal that Pulp Kitchen suffered when she sold it three years ago. She is opening the new location at 1127 Queen St. East, across the street from Okay Okay. The new digs need some work and it will likely be the end of the summer before juice and vegan bangers get served here. 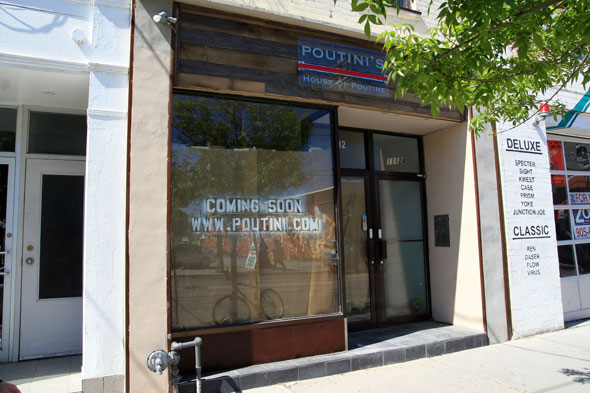 Poutini opens on June 5th and looks to stake out claim as the go to fries, curds and gravy spot after a night out at The Drake. Look for a review from us up on the site in the next couple of weeks. 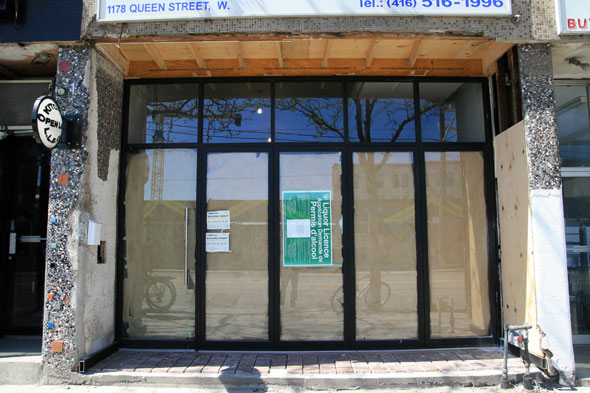 A little further toward Gladstone at 1178 Queen St. West will arrive Nunu Ethiopian Fusion. I'd expect it to give Addis Ababa a healthy dose of competition. 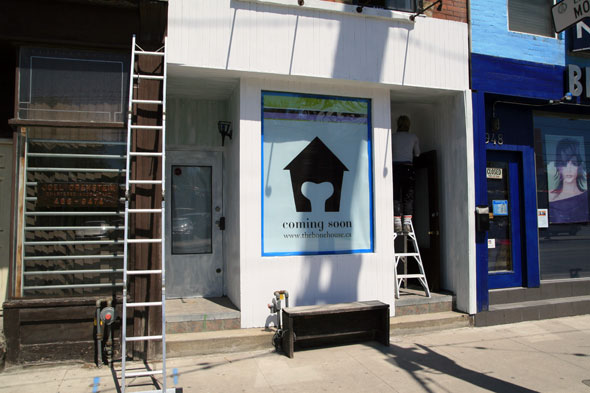 And finally, the only non-restaurant to appear on this list is the Bonehouse. It's a pet store (or, as they call themselves a lifestyle store committed to the health and happiness of dogs and our planet). They've taken over the old Le Cafe Vert space and after a fresh coat of paint expect to open any week now.