Toronto's nightlife is far from dead it's just evolving

Josh McIntyre met Austin Hutchings for the first time at his west-end apartment in January. Two months later, with a combination of pizza and being mildly drunk, McIntyre proposed starting a podcast together. At the time, both believed the idea wouldn't go beyond their conversation.

McIntyre would find himself renting two microphones, sending Hutchings a picture of them and soon recording their first episode with artist and friend LA Timpa, on St. Patricks Day.

"People lean into this idea that there's nothing interesting happening in Toronto," said McIntyre. "No...people we know are all doing cool interesting shit and we're not shining a bit of a light on this and realizing what's actually around us." 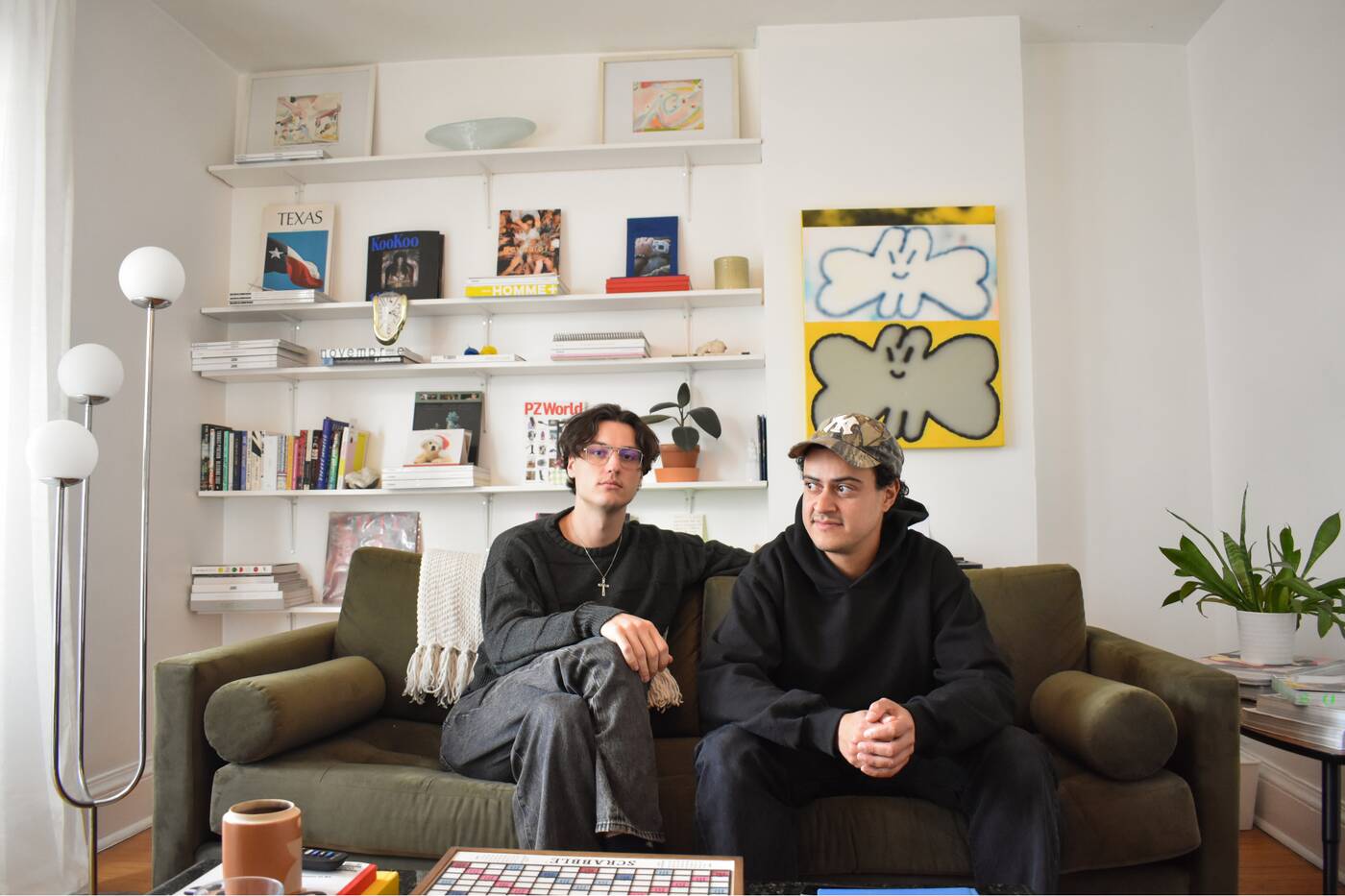 Hutchings, a film director, and McIntyre, a musician, knew this was how they’d shine that light. From musician Kara Lane to film director Eva Michon, McIntyre and Hutchings present listeners with a notion weekly; Toronto's culture and talent is beyond one-dimensional.

Cold Pod explores the city's niches, arts and culture and their personal experiences in the city.

Its simplicity and relatability have made the podcast popular over the past eight months.

They've also gained a following for the memes McIntyre posts on their account commenting on Toronto bars, restaurants, people and Toronto's A24 guy lore.

Most of the episodes are recorded and filmed in McIntyre's living room, alongside the signature velvet green couch and Montreal-based artists Zephyr Christajos-Gee's painting.

Cold Pod has always been a conversation between friends.

"The first time we hung out, we were talking about all the stuff happening [outside of Toronto] and were both fed up with it," said Hutchings. "We wanted to push for the more local community and conversation."

One topic that is consistently discussed in each episode is nightlife. Whether it be drunk encounters, events a guest has DJ’d or past memories of closed bars.

For both McIntyre and Hutchings, the city's nightlife is more complicated than it seems, especially from a post-lockdown lens.

With venues such as the Beaver, The Red Light and Double Double Land closed either due to COVID, financial or legal reasons, spaces for diverse nightlife feel limited.

"There were more venues and options of places to go…you could be like 'oh I’m not going to Bambi's tonight, I'm going to go to Double Double Land,' or a DIY place or Unlovable,'" said McIntyre. "Now, [most] of these places are closed."

While the lack of space is an issue, knowing what's happening in the city is another complication. "There's just a lack of a central database to know what's happening," said Hutchings. "I remember when I was first moving to Toronto it was all Facebook events and you could see who was going."

In the past, Facebook was a prime spot for knowing how to plan your night, but that has slowly dwindled over time. Now, Instagram and word of mouth have taken their place, with digital flyers being at the center of communication for the former.

"Flyers on Instagram have been a thing for a while, but it wasn't just flyers…without [a central database] it feels like nothing is going on," said Hutchings.

McIntyre said the limitations of flyers come from the lack of conversation. "You’re limited to a square on a phone…the idea of seeing people commenting on an event 'I’m so excited for this' made you excited as well."

Much like the message behind their podcast, Toronto’s nightlife isn’t doomed to pine for past venues or New York and LA's scenes. Instead, DIY party collectives fueled by the city's youth culture have been fighting to keep nightlife alive. 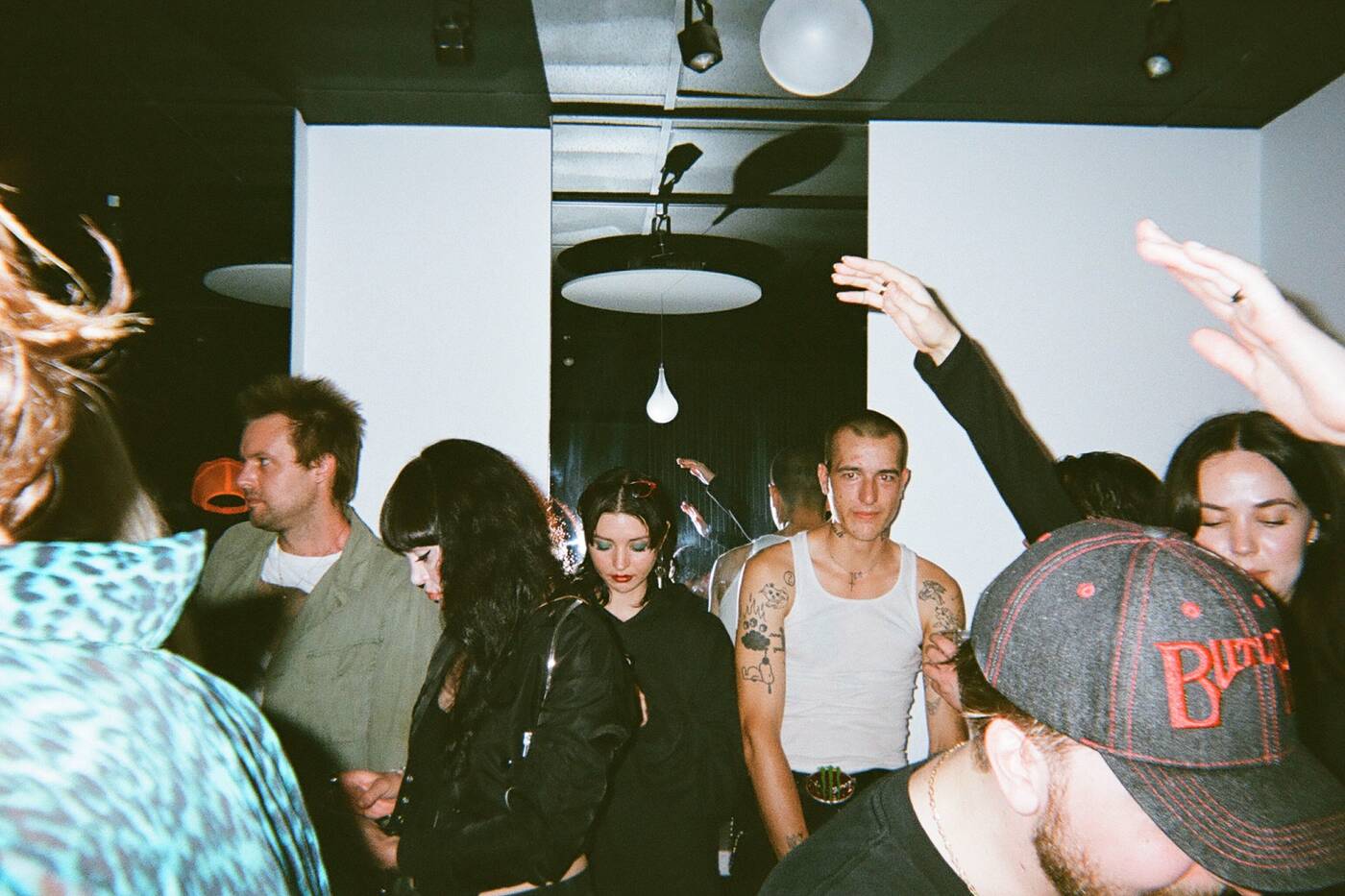 Disposable cameras were accessible for guests to capture the night. Juice, Sept. 17, 2022. Courtesy of Cold Pod.

In Toronto, Lotion Magazine, Money Is Tight and Dollhouse are just a few youth-led collectives that are at the forefront of DIY parties. From the exaggerated maximalism of hyper-pop to afro-house, these spaces break the status quo in nightlife.

Over the past two years, raves under overpasses, warehouses and hidden venues have gained traction and the want for club kid culture has surged. These spaces exist as a safe environment to dance beyond the judgement that exists in nightlife.

"It’s good to see that it's the youth that is fighting to keep it going, I think that's just the inevitability of youth culture it always is going to find a way to fight through," said Hutchings.

For McIntyre, what makes these events a form of 'good art' is fighting against nightlife gentrification and the uncertainty of how the events going to transpire.

"They had to rent generators and rent speakers and get all the gear, and hope that it doesn’t get busted," said McIntyre. "That's part of the excitement."

"We are so nostalgic about previous generations, but what we forget is that they had to do that too," said Hutchings. "There is always going to be a set of obstacles."

In their eyes, you can tell the difference between throwing a fun party for everyone versus throwing a party for themselves.

"Some of these spaces aren't designed for a fun party, they're designed for audiophiles to show off their record collection," said McIntyre. "Versus a DIY space that's based around the party, the vibe and what's actually a good time."

The emergence of newer space also plays a role in the growth of Toronto nightlife, according to McIntyre and Hutching. A personal favourite of Cold Pods, JUICE near College and Ossington, has gained popularity post-lockdown. 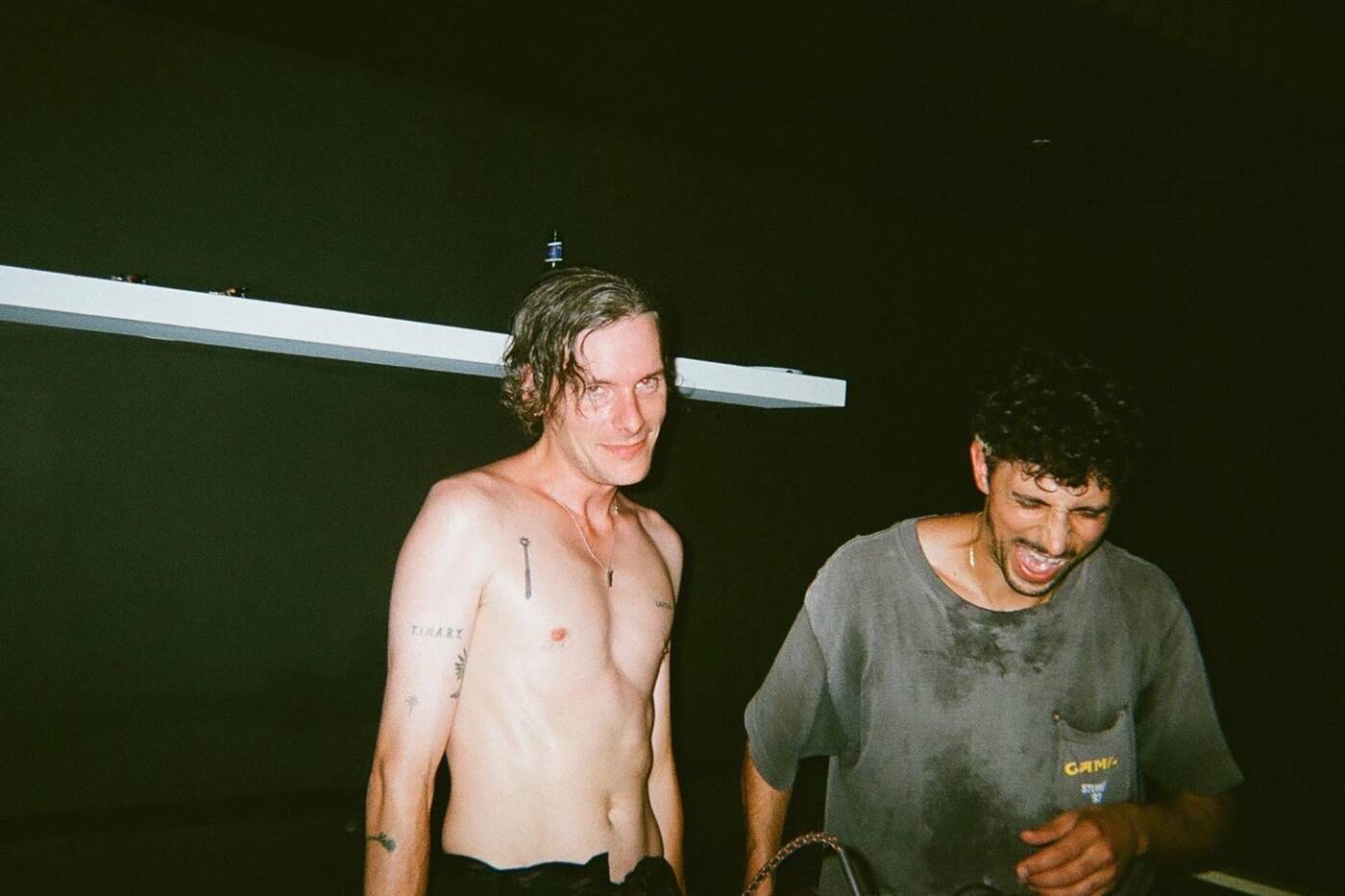 Opened in 2019, JUICE has hosted DJs such as Milch, Hood Joplin and McIntyre himself under Prince Josh. The space boasts a diverse array of sounds, from the heavy synthy sounds of futurepop to eclectic experimental takes on classics.

McIntyre and Hutchings' love for JUICE is seen through the various memes they've created, and even taking author, restaurateur and guest Jen Agg on a night out to the space.

In September, both hosts threw their first Cold Pod party at their go-to spot alongside Rosbin, Young Teesh, Gods Mom and Lauren. From Gods Mom's indie live performance to Young Teesh's electronic global sound, the party brought a genre-bending night that both hosts had hoped for.

"We were making memes about JUICE for six months, we had to throw it there," said McIntyre. "I wanted to do this thing that doesn't make sense on paper but when you’re there it’s so much fun."

"One thing we agreed on is that it can't be one note and six DJs that sound the same," said Hutchings.

After the success of their first party, the duo announced their New Year's party at the Ace Hotel called 'The Masked Ball.' Inspired by Stanley Kubricks 'Eyes Wide Shut', the party will showcase sets from DJs Young Teesh, Raf Reza and Kristie Muller, alongside a live performance from Montreal-based indie band Homeshake. 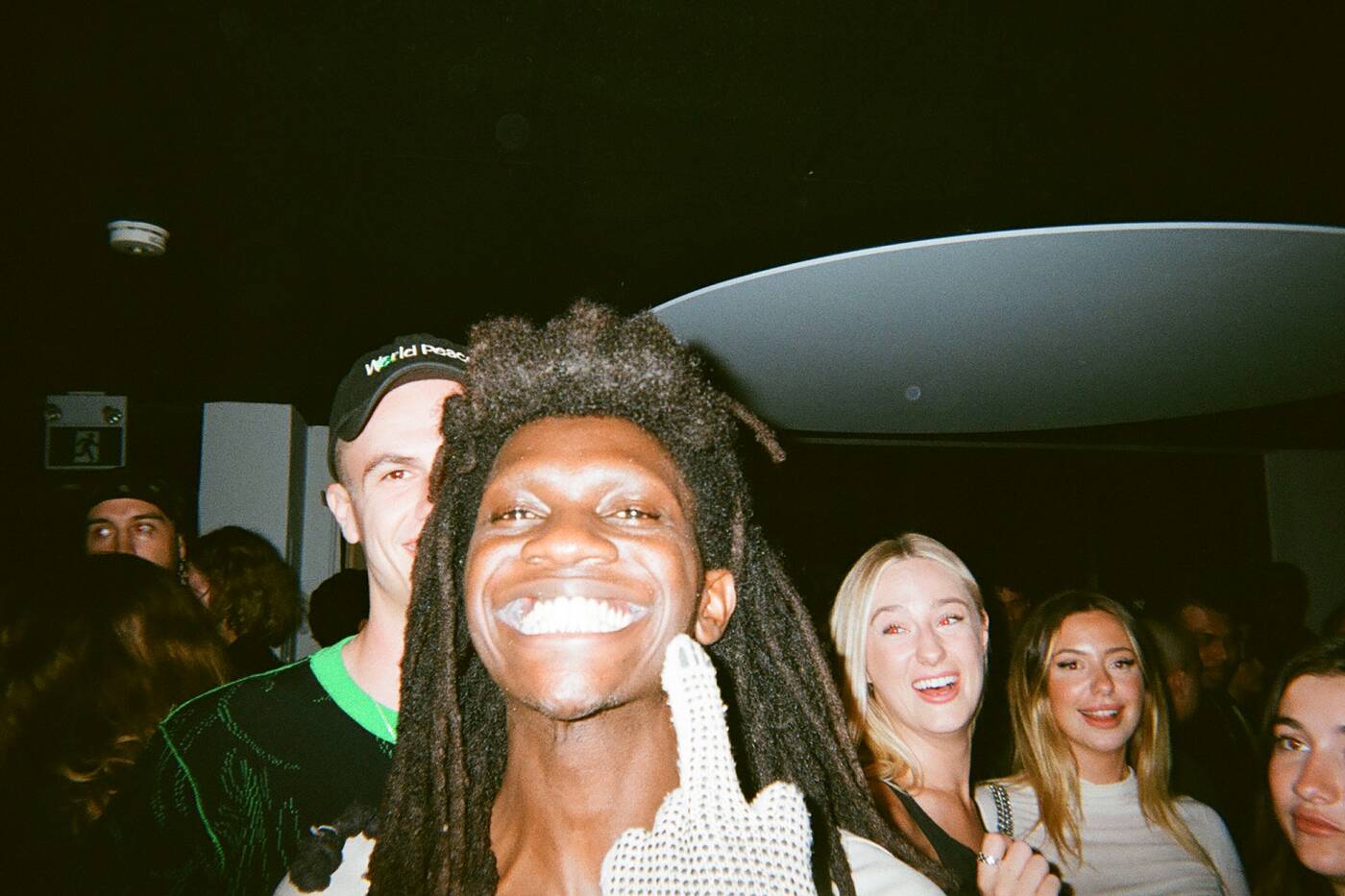 David May and Enoch Ncube of MONEYPHONE at Juice. Sept. 17, 2022. Courtesy of Cold Pod.

In terms of nightlifes future, it's just as complex as dissecting nightlife presently. Hutchings said that while it does take money to produce these spaces physically, articulating what we’re looking for in spaces that already exist is the best way to start.

For McIntyre, it's about leaving the bubble we've created for ourselves.

"In New York people will go to Bushwick from Manhattan which is a long ride, it's part of the lifestyle," said McIntyre. "But here if it's even past High Park or beyond than no one will do it, we need to be more open-minded and comfortable beyond the circle."