Bambi's is tucked in the corner of Dundas and Dovercourt, but its charm is far more polished than the average Dundas West dive.

There's certainly thought put into the way the place looks. There's something hyper-modern in its cohesion - the minimalistic furniture matches, and arranged with an almost geometric gusto. 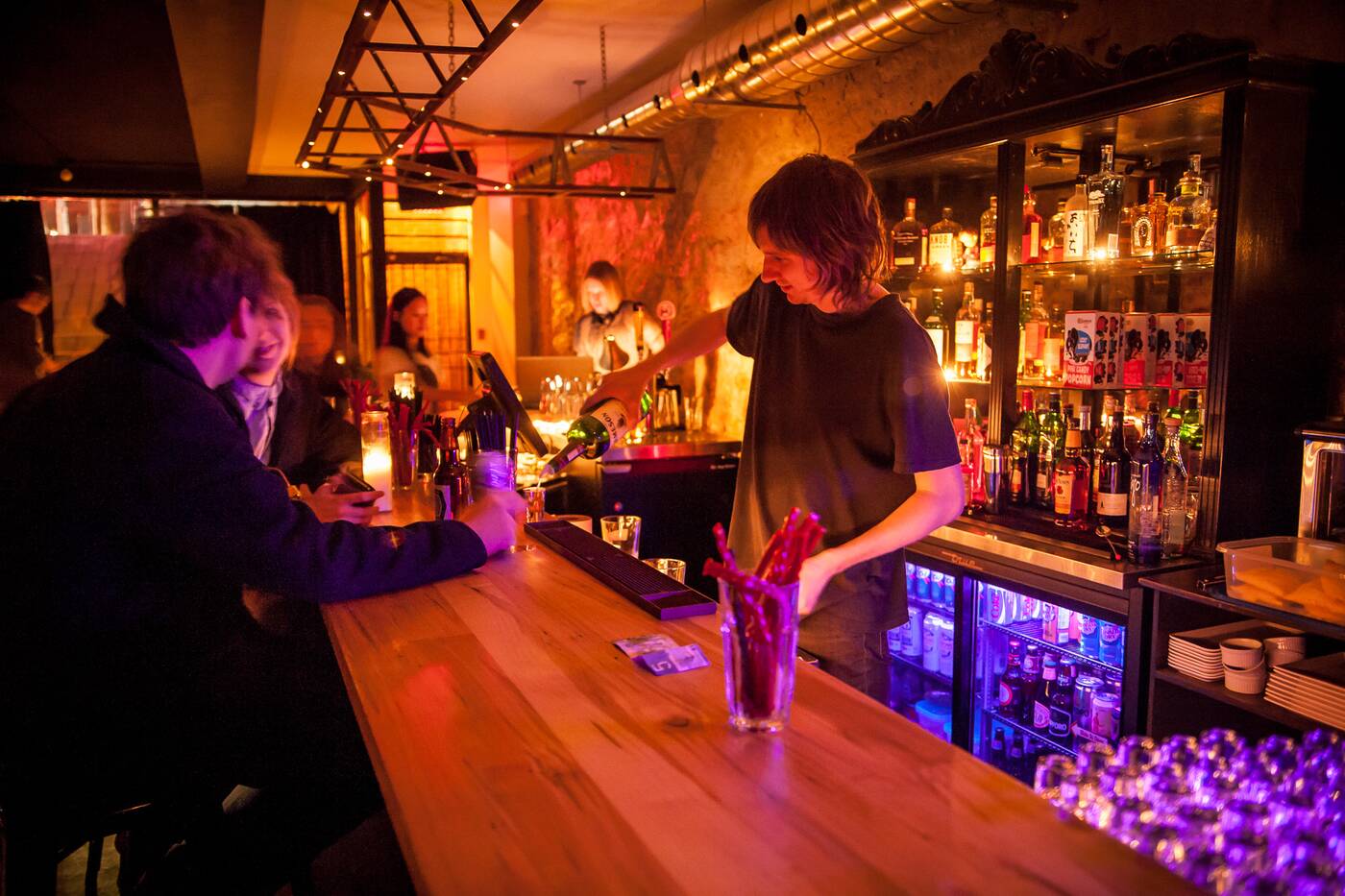 Exposed stone walls and pipes give it an industrial quality and saves it from being too slick. It's darker than your average bar, but not dingy, and it feels justified.

This place is a basement, after all - the kind of basement that would recall back alleys, dungeons, and other places you'd go out of your way to be inappropriate in. 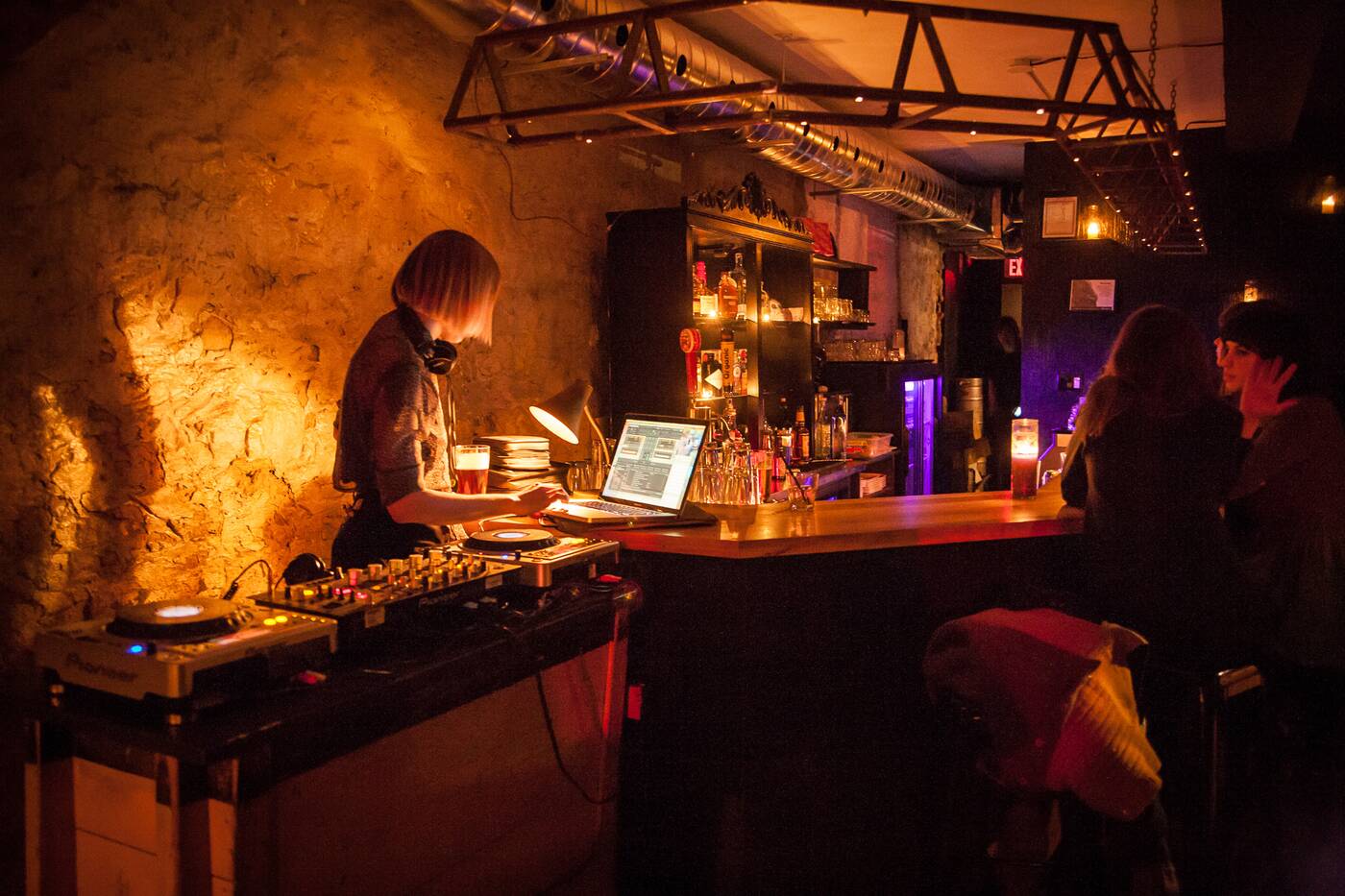 Most nights start late but by midnight, the trickle of patrons accelerate to a full-on downpour. (Night owls, you're welcome; early birds, don't bother - at least, not on weekends.)

The crowd is diverse, and like the bar, stylish but unpretentious. The bar staff manages quite nicely, despite the masses that surround them; there's a high-five and smile for everyone.

The music is certifiably techno, heightening its otherworldly, underground vibe. Bambi's definitely has an edge, but there's little ceremony or stiffness about it. 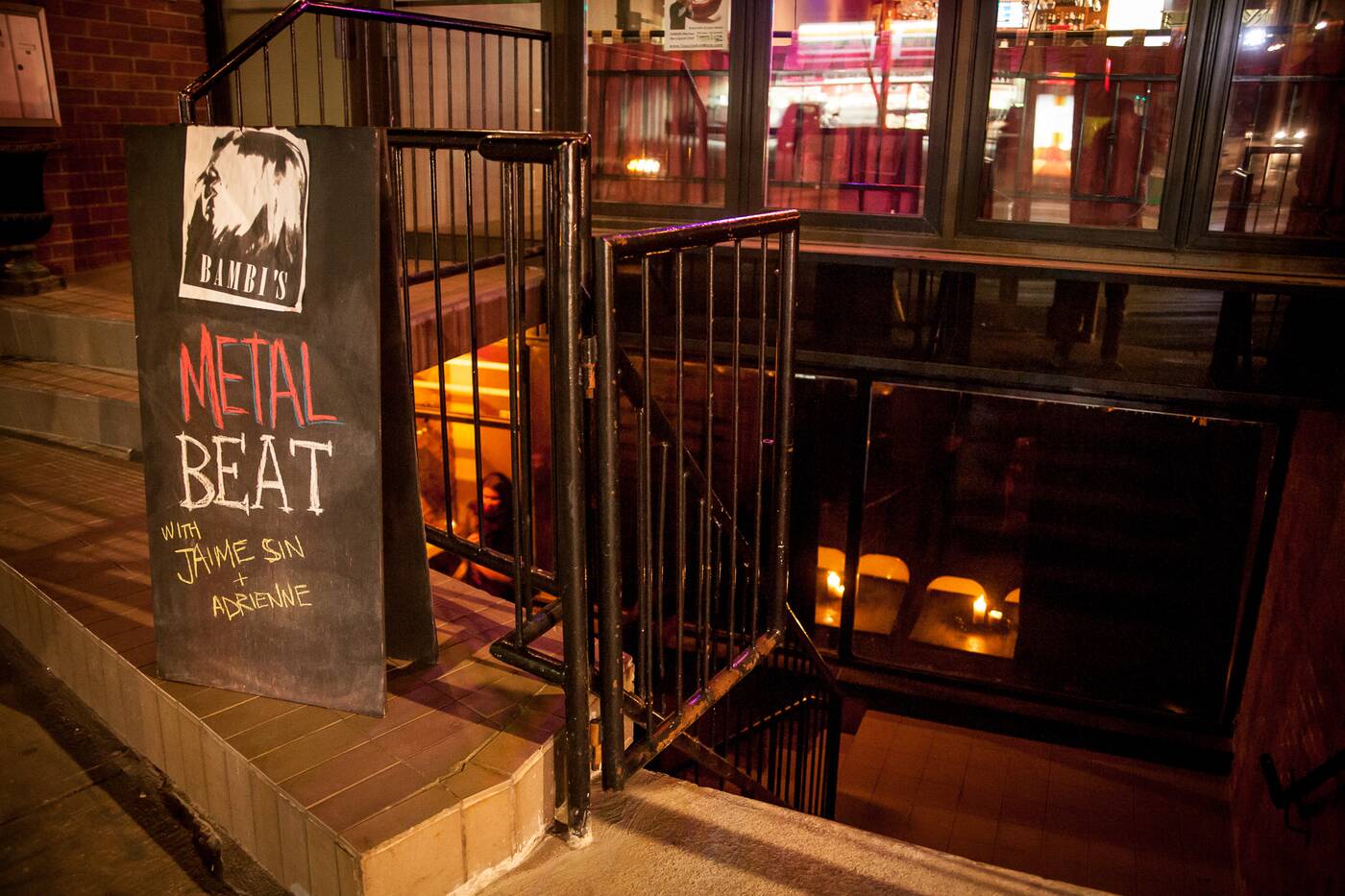