Mid-2019 was a very different time. The Toronto Raptors had just won a franchise-first NBA Championship, COVID-19 was not yet a thing, and local-born global hip-hop and entertainment icon Drake was complaining about the WiFi in Pickering.

"Can the mayor of Pickering set up some stronger wifi towers so @boi1da can be able to send me all his newest beats?" wrote Drake in an Instagram story posted back in July 2019, referring to his Pickering-based producer's struggles with connectivity.

When you're worth about USD $180 million, things typically go your way, and after two and a half years, Drake is finally getting what he asked for, the City of Pickering announcing the completion of a recent Bell Canada expansion of fibre Internet in the city's hamlets and rural areas.

In a Tuesday news release, the City of Pickering announced that, as requested by Drake, "Grammy award-winning producer, Boi1da, can now collaborate with top music artists like Drake, Eminem, Rihanna, Jay-Z, Kanye West, Kendrick Lamar, and Jack Harlow directly from his home studio in north Pickering."

It's not the first time Pickering has responded to Drake's grievances, replying to his initial callout with an unbelievably corny response defending the city's internet service, riddled with cringe-fest Drake references.

"Hey @champagnepapi /Drake/Drizzy/6ixGod, If You're Reading This It's Too Late - I’m responding on behalf of @mayordaveryan and @cityofpickering," reads the 2019 reply, adding that "I'm Upset that @boi1da was having trouble with our public WiFi. It's the Best I Ever Had, so I'm not sure why Matt couldn’t link up proper."

"We Started from the Bottom, and Now We Here with 65 WiFi access points installed across Pickering in City facilities and some prime public areas," the city representative argued, adding that "We look to deploy more WiFi access points, so in a couple of years, you'll be able to go 0 to 100 Real Quick." 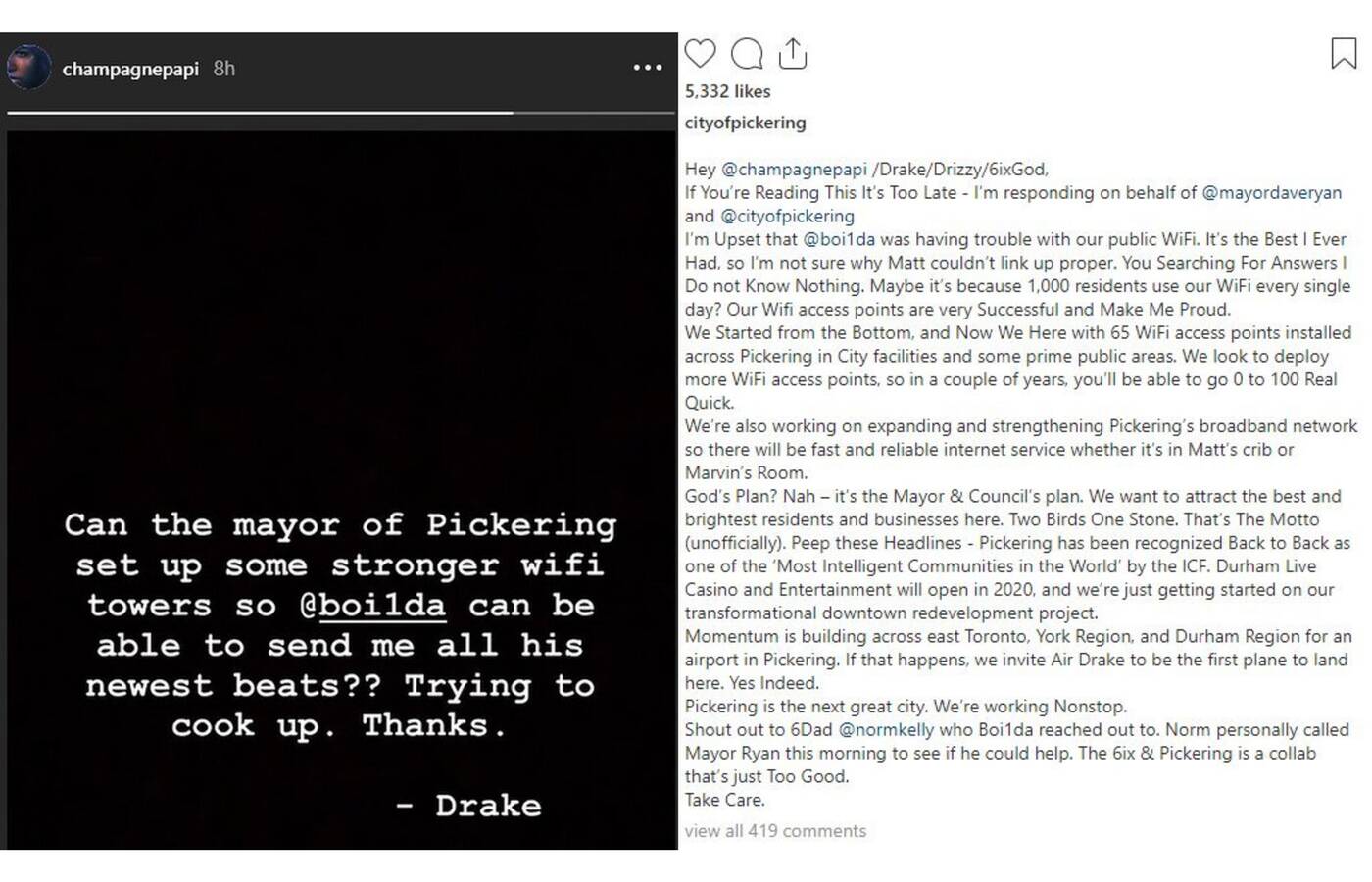 The back and forth on social media and resulting viral news story drew the attention of internet service providers looking to harness the buzz, with Bell Canada ultimately winning the contract to install high-speed Internet in Pickering's hamlets of Kinsale, Whitevale, Claremont, and Green River.

Understanding that finding themselves "called out by superstars like Drake and Boi1da over social media is not an everyday occurrence," Pickering Mayor Dave Ryan admits the attention "did shine a light on the digital divide for many of our residents and businesses in our hamlets and rural areas." 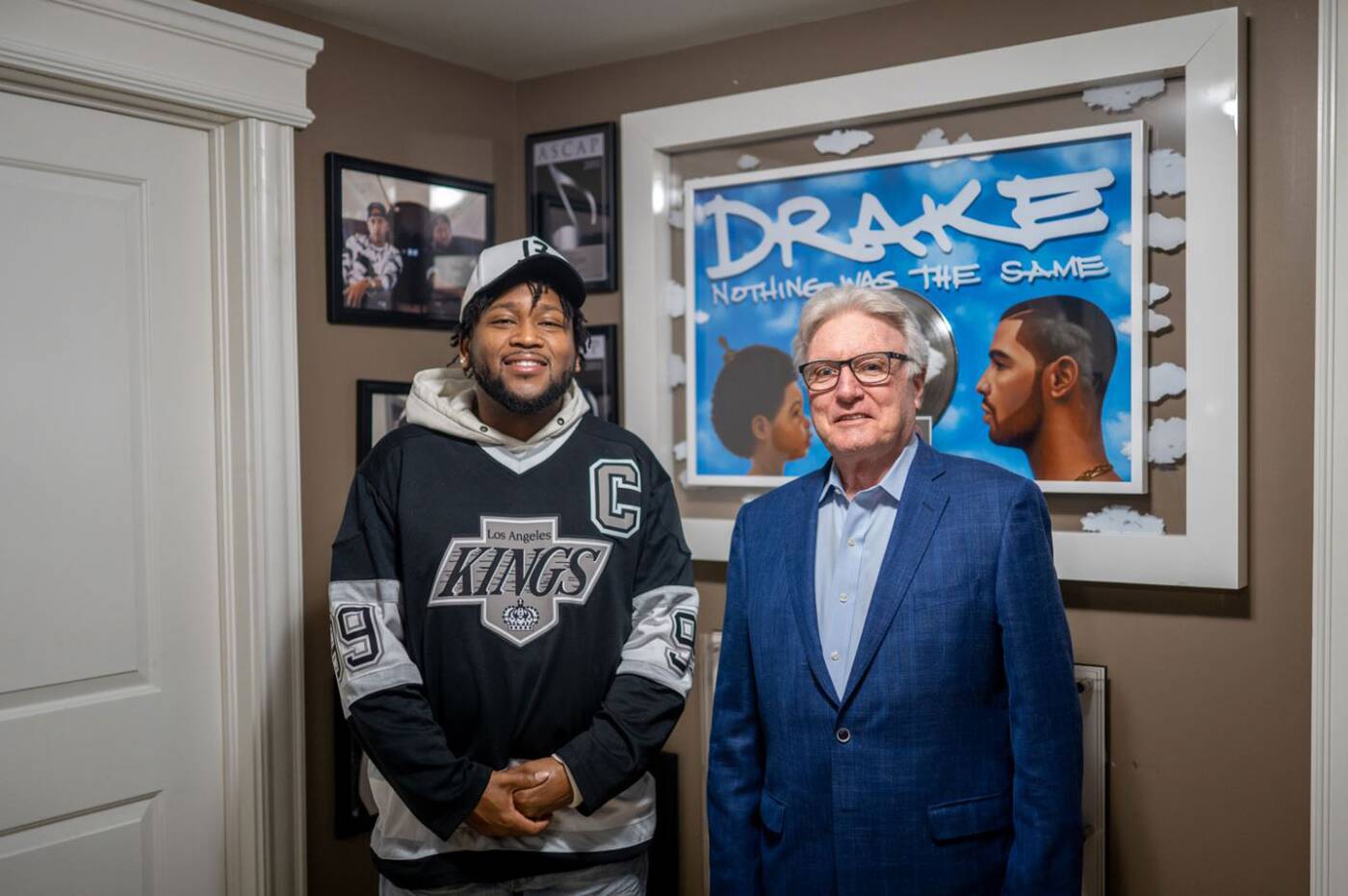 The move was acknowledged by producer Matt Samuels aka Boi1da, who thanked Mayor Ryan and Bell Canada for hooking him up with improved internet service, stressing the importance of being able to work with international artists from "right here from my home studio in Pickering in order to maximize our artistic and creative energies."