Drake has been pushing Certified Lover Boy, the highly-anticipated new album he's dropping this Friday, especially hard in his home city this week, between sending his crew out to give away free swag to renting out some prime billboard real estate in Yonge-Dundas Square.

Like the t-shirts that were tossed out to unsuspecting pedestrians on Monday night, the new ads flashing across the massive screens at the popular intersection feature lyrics from tracks off the forthcoming album.

These include "should've said you loved me today because tomorrow is a new day," "something other than me has got to give," and what is already becoming a fan favourite, "I don't miss, let alone miss you," all in a simple white serif font on a black background with an orange CLB logo in the bottom righthand corner.

But, anyone visiting the square may notice if they wait around for a few moments that, among the various other ads the screens cycle through is one for Kanye West's Donda, the record he was slated to drop the very same day as Drake's but released early instead, on Aug. 29.

Like Drizzy's billboards, Kanye's are simple and bold, with just "Donda" in chunky black capital letters on a stark white background.

Given that Yonge-Dundas is Toronto's own bustling version of Times Square and thus the most logical place for one to run a major ad, it makes sense that both artists would choose it as a site to promote their latest work.

But, the apparent beef between them makes the timing and location of the moves all the more interesting (as well as the fact that Kanye held an allegedly anticlimactic virtual listening party for the album at the same spot, in Drake's home city, earlier this month). 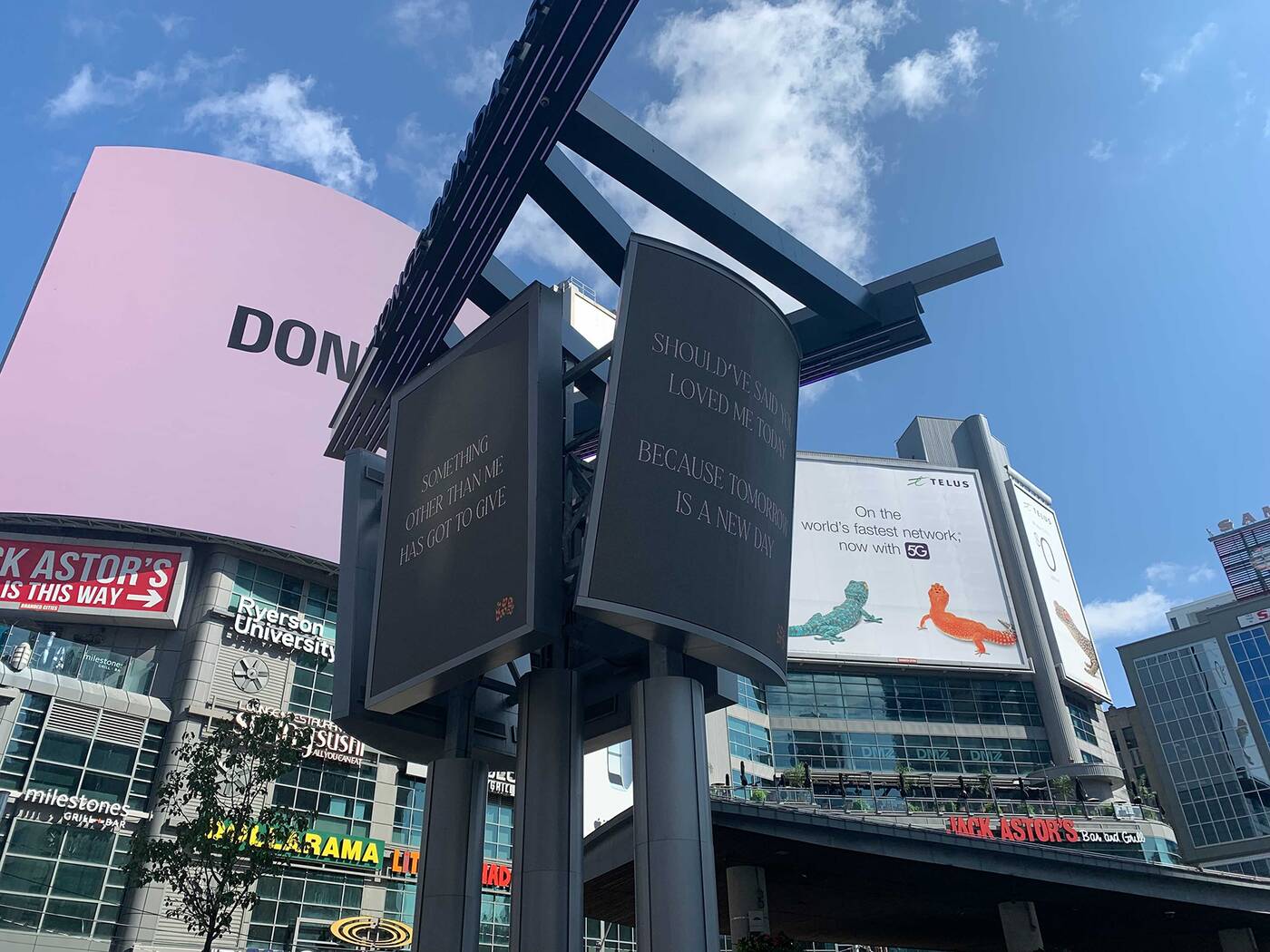 A Donda billboard peeking out from behind some new CLB billboards at Yonge-Dundas Square.

Also somewhat hilarious is the fact that "Dondas," just one letter off from Kanye's album (and late mother's) name, is among the suggestions floating around for the renaming of Dundas Street.