Before you go popping off about a celebrity's wonky hairstyle on Instagram, you may want to consider that a) they might have a legitimate medical reason for said hairstyle, and b) they could theoretically see your mean comment and embarass the hell out of you.

The owner of Drake fan account called @drizzy_drake_vids just learned this the hilarious way after posting two images of the Toronto-based rapper: One from late last year, when the now-famous heart shape in his hair was fresh and crisp, and another from a recent studio session where the heart is only half there.

Lo and behold, Drizzy somehow saw the pictures and responded with one hell of an info-bomb, revealing for the first time that he has had the coronavirus.

It is not known when Drake contracted COVID-19, but the artist was rumoured to be self-isolating in March of 2020 after a night out with NBA star Kevin Durant, who later tested positive for the virus.

What is known, by Drake's word, is that COVID caused some of his hair to fall out — a side effect that many people have reported after recovering from the disease. 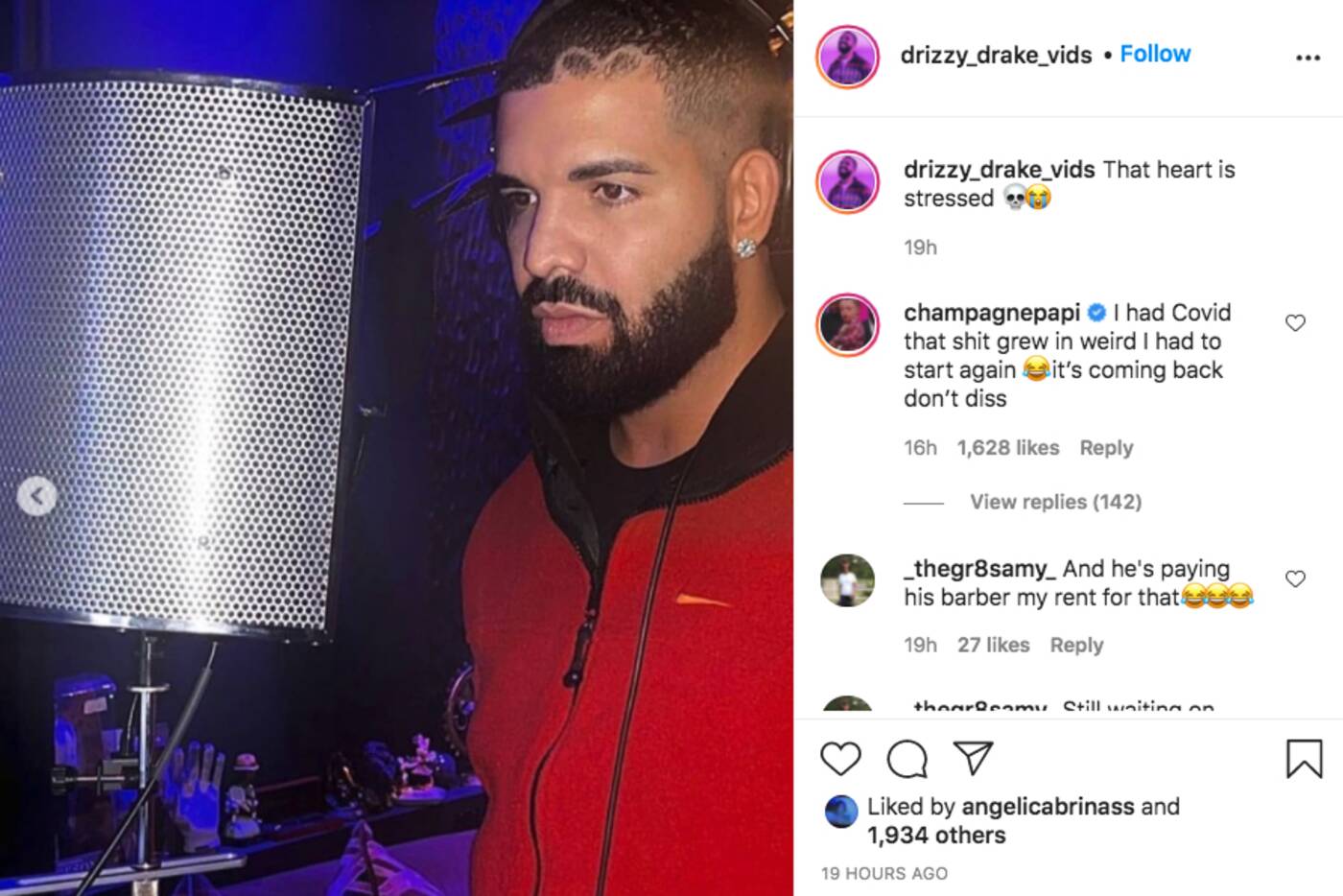 Drake responded to the insult within just three hours of its original posting. Screenshot of @drizzy_drake_vids.

"I had COVID, that shit grew in weird I had to start again [laughing cry face emoji]," wrote Drake in response to the Instagram post in question on Monday night. "It's coming back don't diss."

Could this (in addition to his knee injury) be part of the reason that Certified Lover Boy has been delayed by so many months? Fans are speculating.

If they're smart, they'll do it more politely. Champagne Papi might be watching.