Downtown Yonge Street is well past its glory days.

Toronto's oldest street is a condo construction hellscape right now. And while the future holds some pedestrian-friendly promise for the city's most important artery, Yonge's past as a hub for some of the world's most influential musicians is so faded it's practically invisible.

But Toronto resident Mark Vendramini is hoping to keep that part of its history alive by leading a walking tour of Yonge Street this Sunday—similar to one of those spooky ghost tours, but this one's more like a sceance for the ghosts of music venues past. 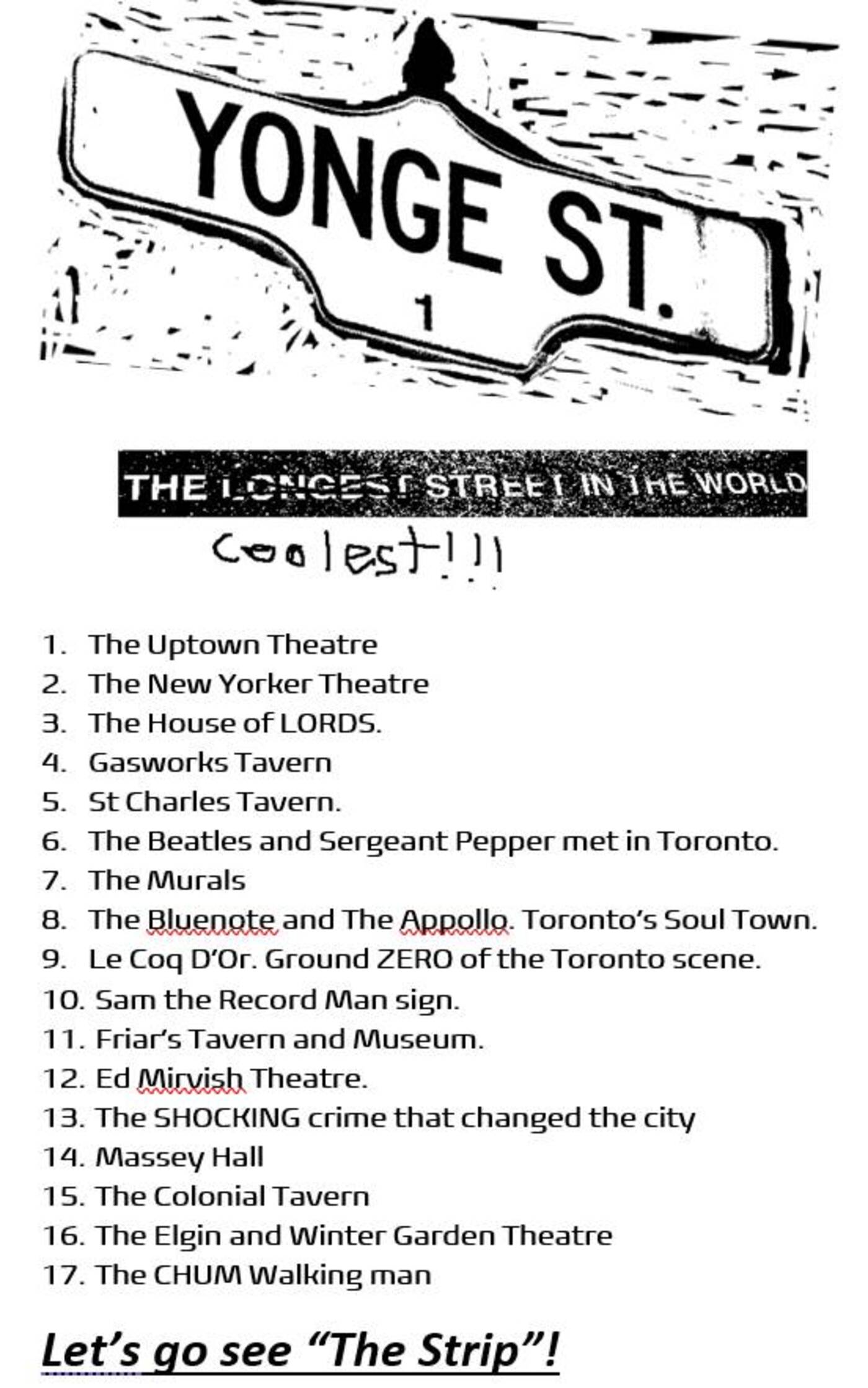 The longtime enthusiast of city history who runs the occasional walk through his group Your Toronto Guru is taking attendees (just seven people, for now) on a free, 17-stop tour.

Cruising up Yonge, you'd never suspect that the grey exterior of Nick's Sport Shop on the corner of Yonge and Dundonald was once home to the legendary and raucously painted Gasworks where 70s mega-acts like Rush and Triumph got their starts.

Or that Steele's Tavern, later incorporated into the Sam the Record Man Store building and torn down in 2009, was where the Gordon Lightfoot played for $125 per week before he ascended to global stardom.

These little factoids are just a peak into the 1.5-hour info-packed tour with Vendramini, whose enthusiasm for Yonge Street is contagious, even if all you know Yonge Street for is its condos and H Marts.

"So many people just have no idea," says Vendramini. "Especially now, especially as we get farther and farther away.... There's so much that used to be there that isn't there anymore." 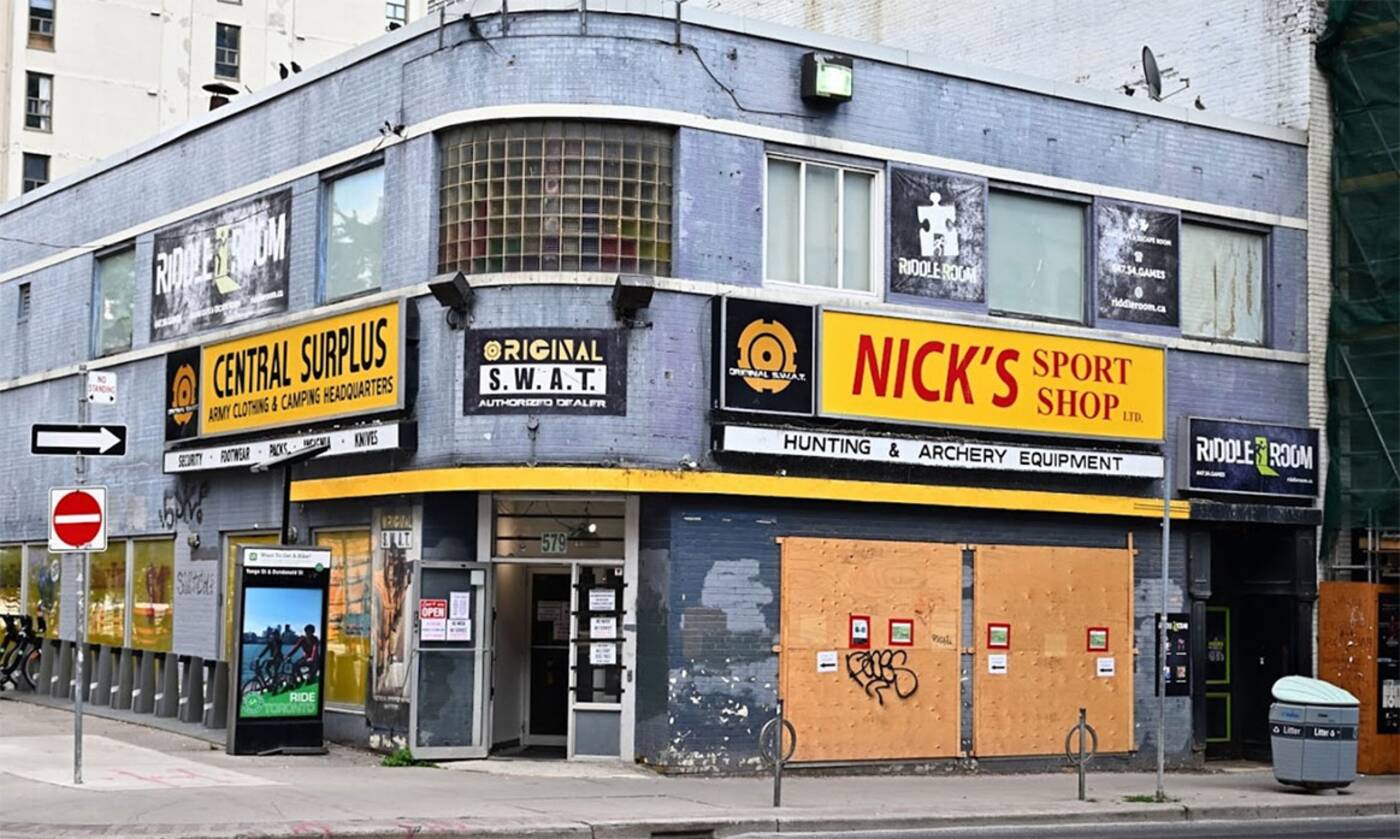 Mark Vendramini's walking tour will stop by Nick's Spot Shop, the greying former home of the iconic headbanger venue the Gasworks, pictured at the top of the story. Photo via Nick's Sport Shop.

We're now well into the Roaring Twenties (Millennial Edition), where a pandemic and developers' obsessions with the supertall condo has transformed the stretch of Yonge from Davenport southwards from seedy to sanitized—a trend that Vendramini says really went full throttle after the completion of Yonge-Dundas Square in 2002.

One of the big draws before then were the record stores. Vendramini says there there used to be as many as 28 of them, just between Gerrard and Queen. 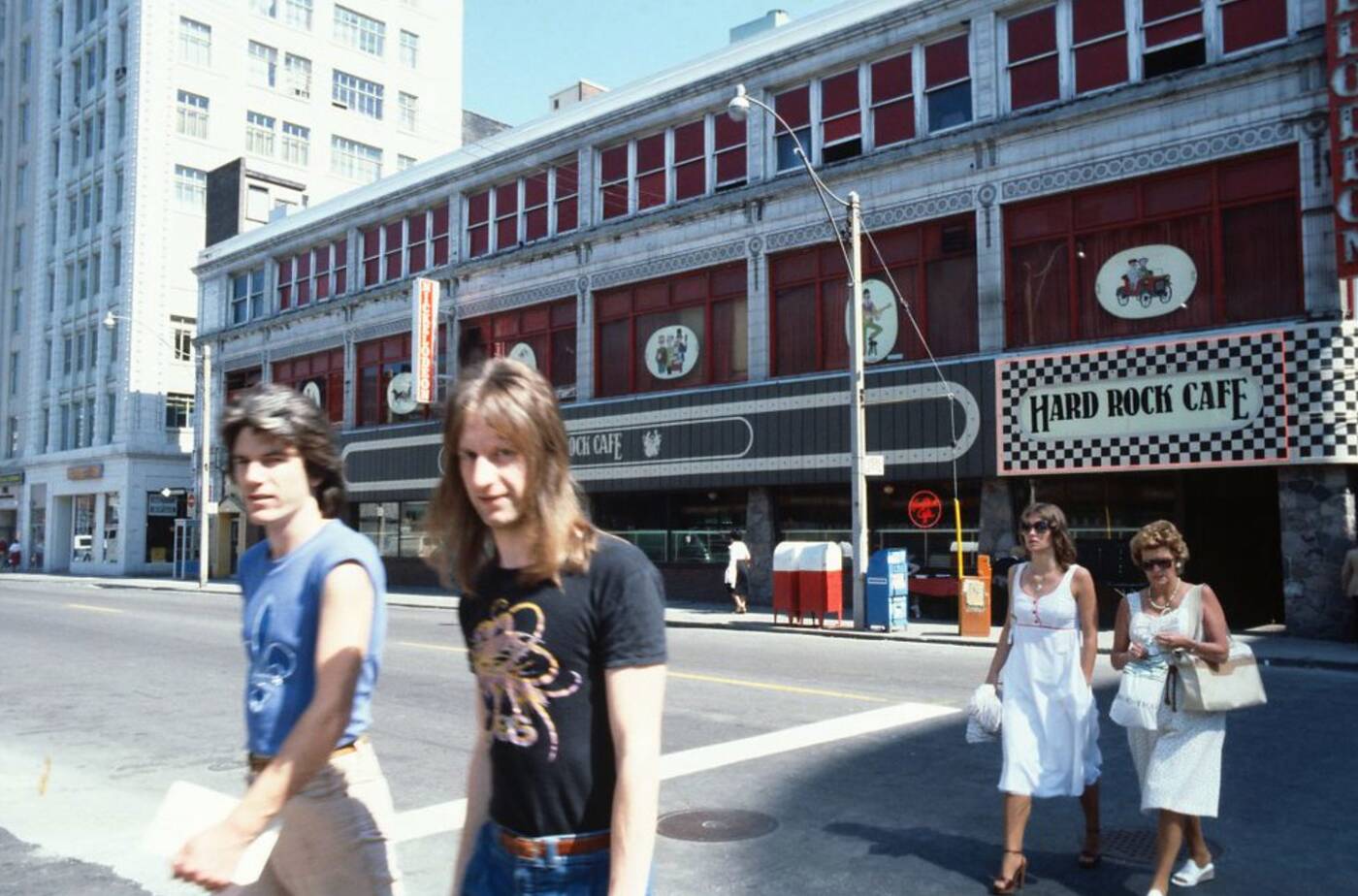 It's hard to fathom a time when ultra-bougie Yorkville was the artists' hub where Rick James and Neil Young each did time with a band called The Mynah Birds in the 1960s (after hanging out at Joni Mitchell's rooming house attic).

Or that Toronto could be progressive enough to go wild for Jackie Shane, the pioneer transwoman and singer who helped create the Toronto Sound in the 1960s. And Friar's Tavern (which became the Hard Rock that became a Shoppers) is where Bob Dylan discovered the guys who'd form The Band in 1967.

And you'll never sing "Lucy in the Sky with Diamonds" the same again after stop number six on Vendramini's walking tour.

Spoiler alert: Turns out the real Sgt. Pepper was an OPP cop named Sargent Randell Pepper who worked security when the Beatles came for a 24-hour visit in 1966. That explains Paul McCartney's OPP badge on the iconic album cover.

Photo of the Gasworks in 1995 by Daniel McLaughlin.