A condo development has left portions of brick facades on a strip of Yonge Street that once housed shops and restaurants.

Back in 2018, the block at the southeast corner of Yonge and Gerrard had only a handful of businesses remaining in the deteriorating buildings. There was the tiny Doner Kebab House, heritage storefronts of Yonge Street Mission (now moved to Spadina), the Tea Shop 168 and Korean Grill House and Made In China. 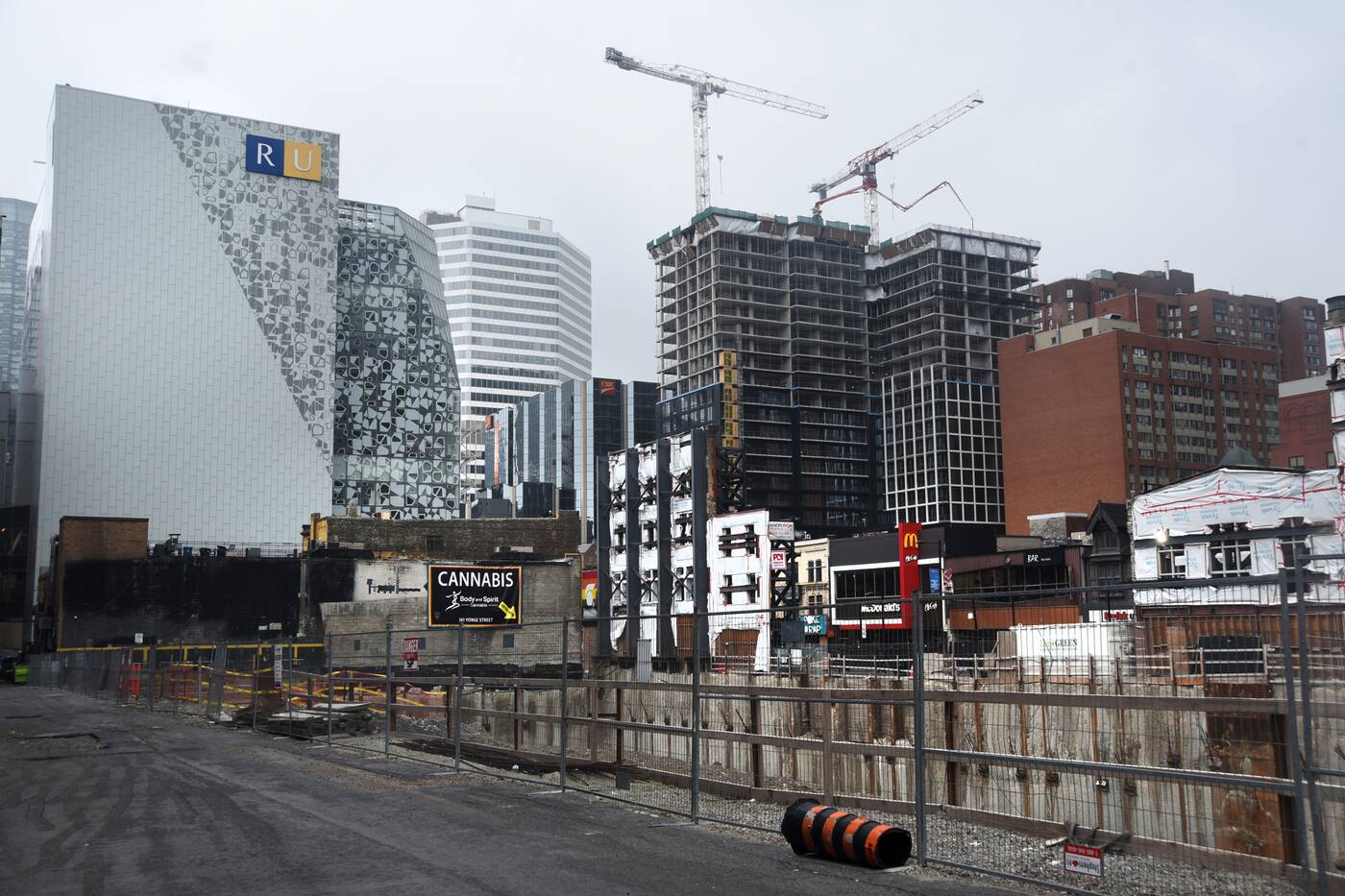 There is now a hole where there used to be a block of buildings.

An 85-storey mixed-use office, retail and condo development is proposed for the site at 383 Yonge Street known as Yonge Street Living or YSL.

The initial renderings from BDP Quadrangle architects were a two tower design but the firm says they are no longer involved with the project. A more recent design shows a sleek glass tower with the brick facades still in place.

The City of Toronto has a development application listed with a permit for soil remediation and demolition with facade retention. 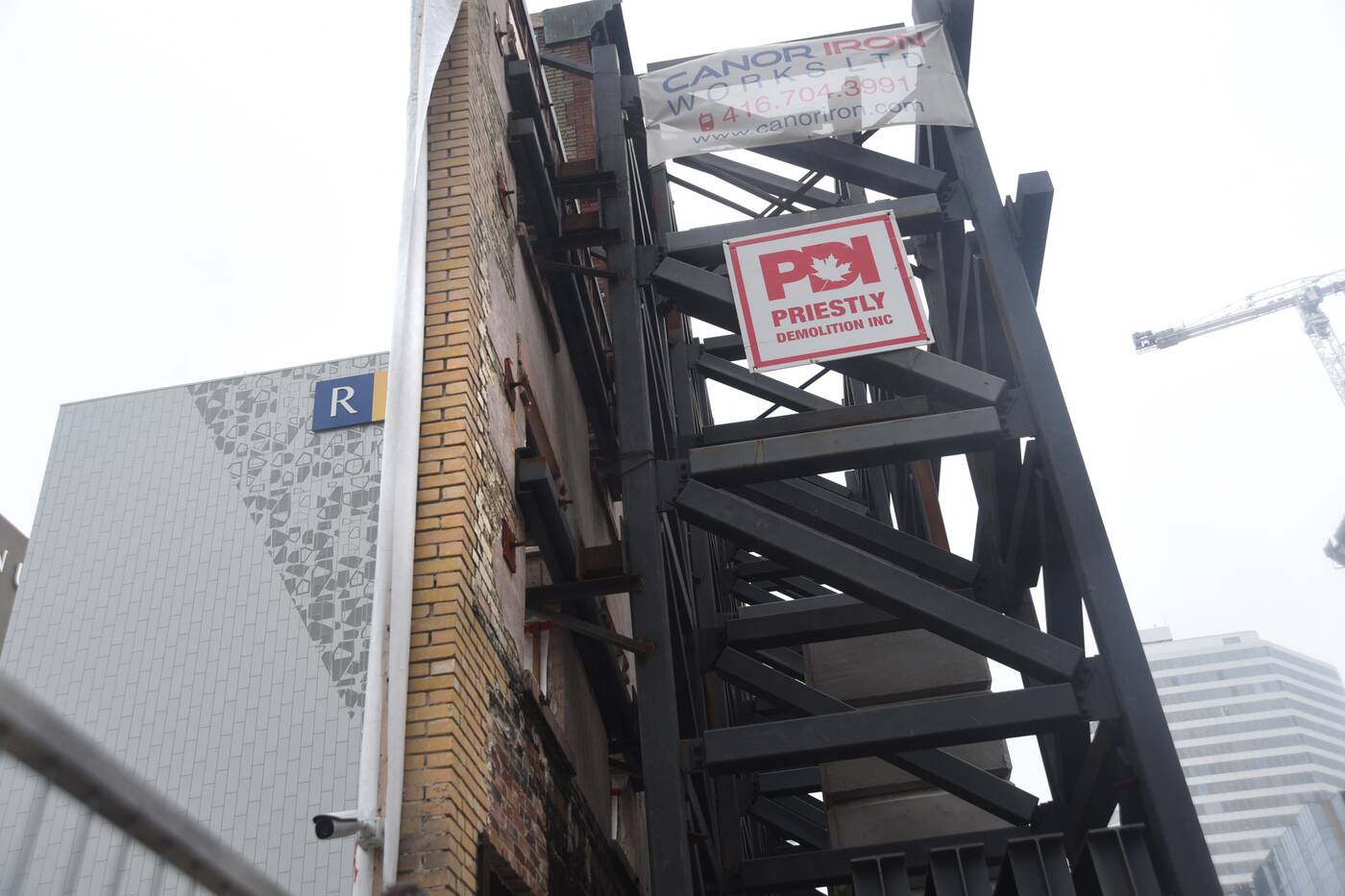 Just the brick wall facades remain on some of the buildings in the block.

The buildings at 363-365 Yonge St. have heritage value as a rare late-19th century Victorian commercial building blending the Richardsonian Romanesque style with Moorish Revival detail. The building was known as the 1890 Richard S. Williams Block, according to the City of Toronto.

The property at 367 Yonge St. was completed in 1869 and has design value as a representative example of a mid-nineteenth century commercial and residential building with Georgian and Greek Revival styles. It was valued for its historic association with the earliest development of this portion of Yonge Street in the mid-nineteenth century.

The 1953 Yonge Street Mission Building at 381 Yonge Street had design value as a representative example of a mid-twentieth century institutional building that combines the Neo-Classical and Modernist styles. 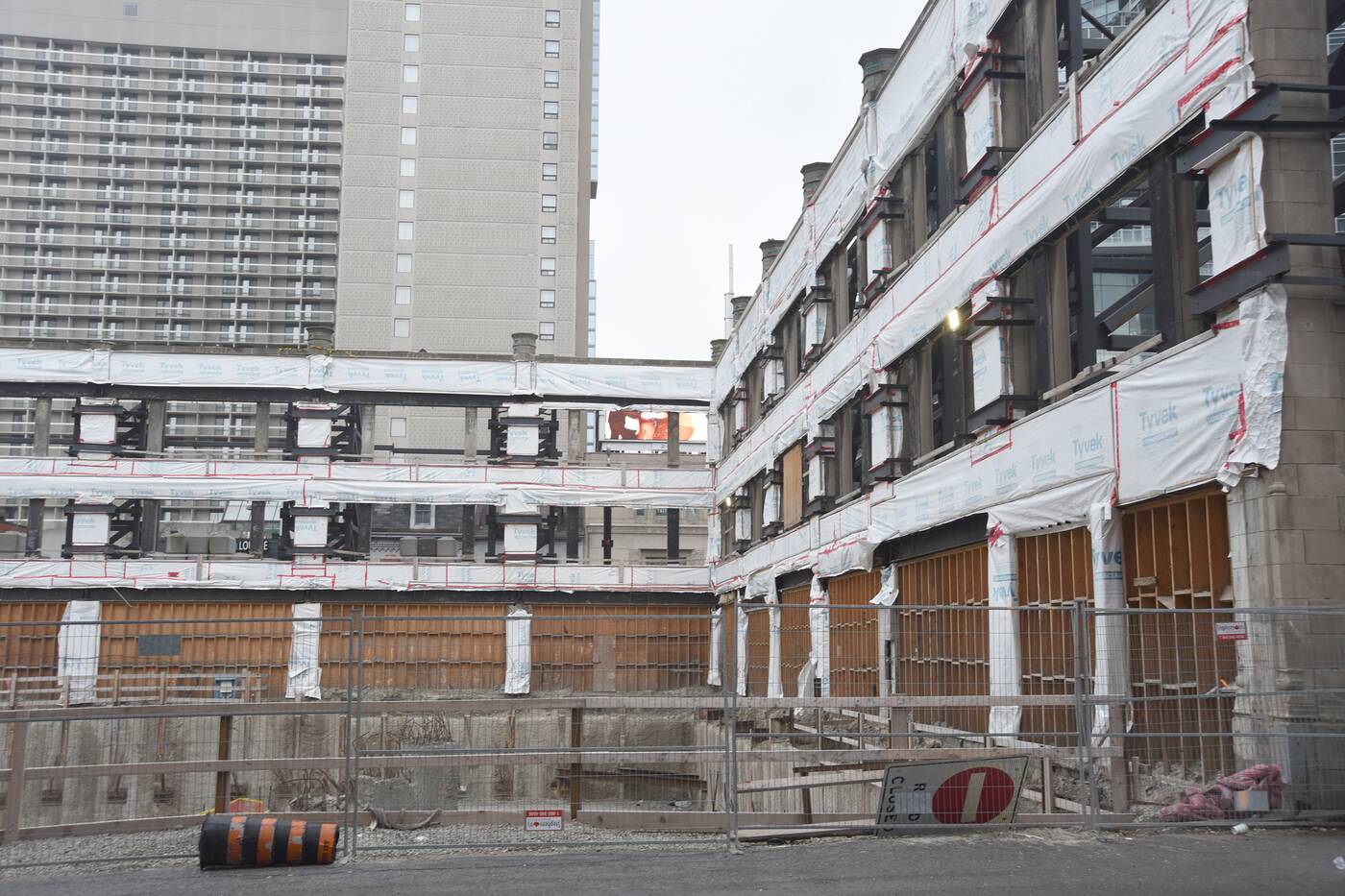 The block of buildings "collectively tells an important story about the built form evolution of this section of Toronto's main street," the city stated.

Now all that remains of those structures are some of the facades. The site is a muddy vacant space with construction fences making an already quiet downtown look starkly empty.