One of the longest-running guitar repair shops in Toronto has closed after more than half a century on Harbord Street.

Like its neighbour River Tai, which closed after 27 years of serving Cantonese eats to the neighbourhood, Ring Music closed quietly sometime last month.

According to Neil Wright, Chair of the Harbord Street BIA, the three-storey property has been sold to new owners. It's unclear what businesses will take over 90 and 92 Harbord Street. 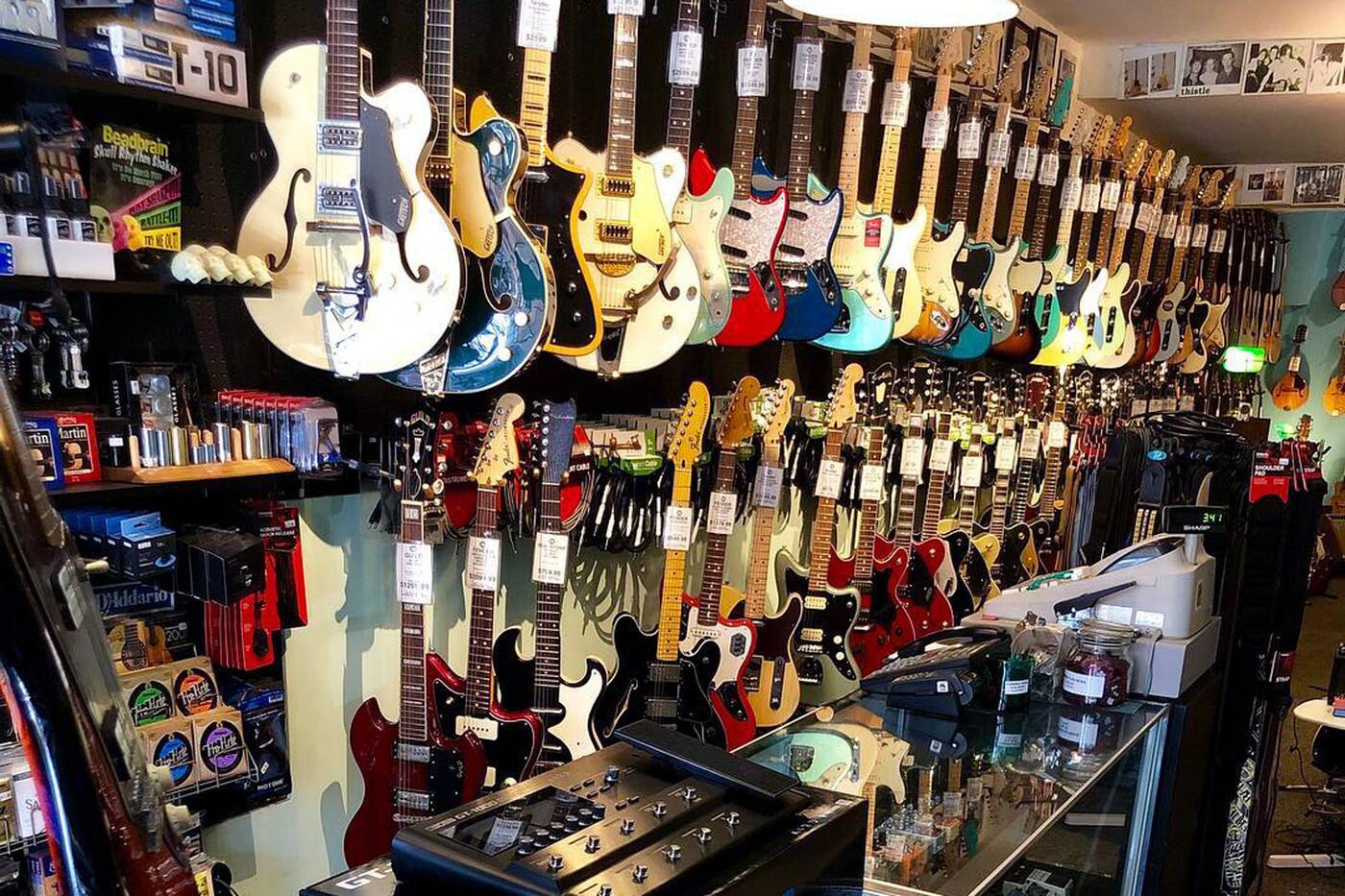 As the number of fallen music stores and venues continues to rise amidst the pandemic, Ring Music's closure marks the end of one of the city's most iconic yet understated guitar stores and repair shops.

Founded by New Yorker Bill Wager in 1969, Ring started out doing business from the back of Ring Audio Visual, located at the corner of Harbord and Spadina. It moved across the road to 90 Harbord in 1972. 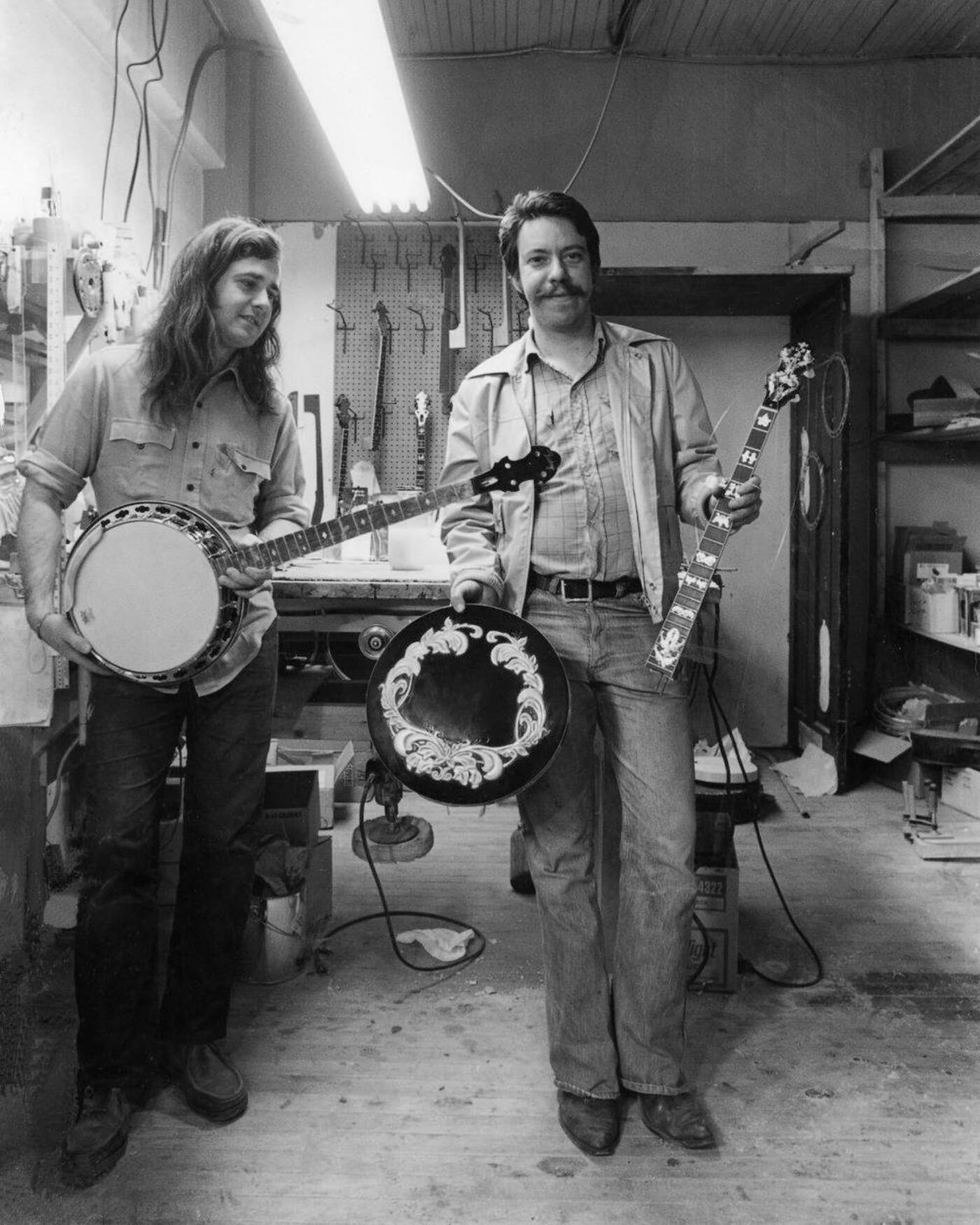 Bruce Dowd (left) and Bill Wager (right) of the Ruby Banjo Company,located at the back of Ring Music in 1973. Photo courtesy of Michael McLuhan.

McLuhan, who joined the Ring team at 20 years old, says he started off as an apprentice in the backroom banjo manufacturer, Ruby Banjo Company, working for free while learning to repair and sell to some musical heavy hitters.

"That was the fun thing with Ring," says McLuhan. "We treated pretty much everyone with respect, whether it was a shitty bar band just scraping by or if they were playing arenas."

From revered jazz guitarist Lenny Breau to rockers A Foot in Coldwater, the list of iconic Canadian musicians who made a stop at Ring Music goes on.

"Our desire wasn't to expand, it was to do it right and have a lot of fun doing it," says McLuhan. "We probably weren't the most competent business people. We didn't have the aspiration to get big." 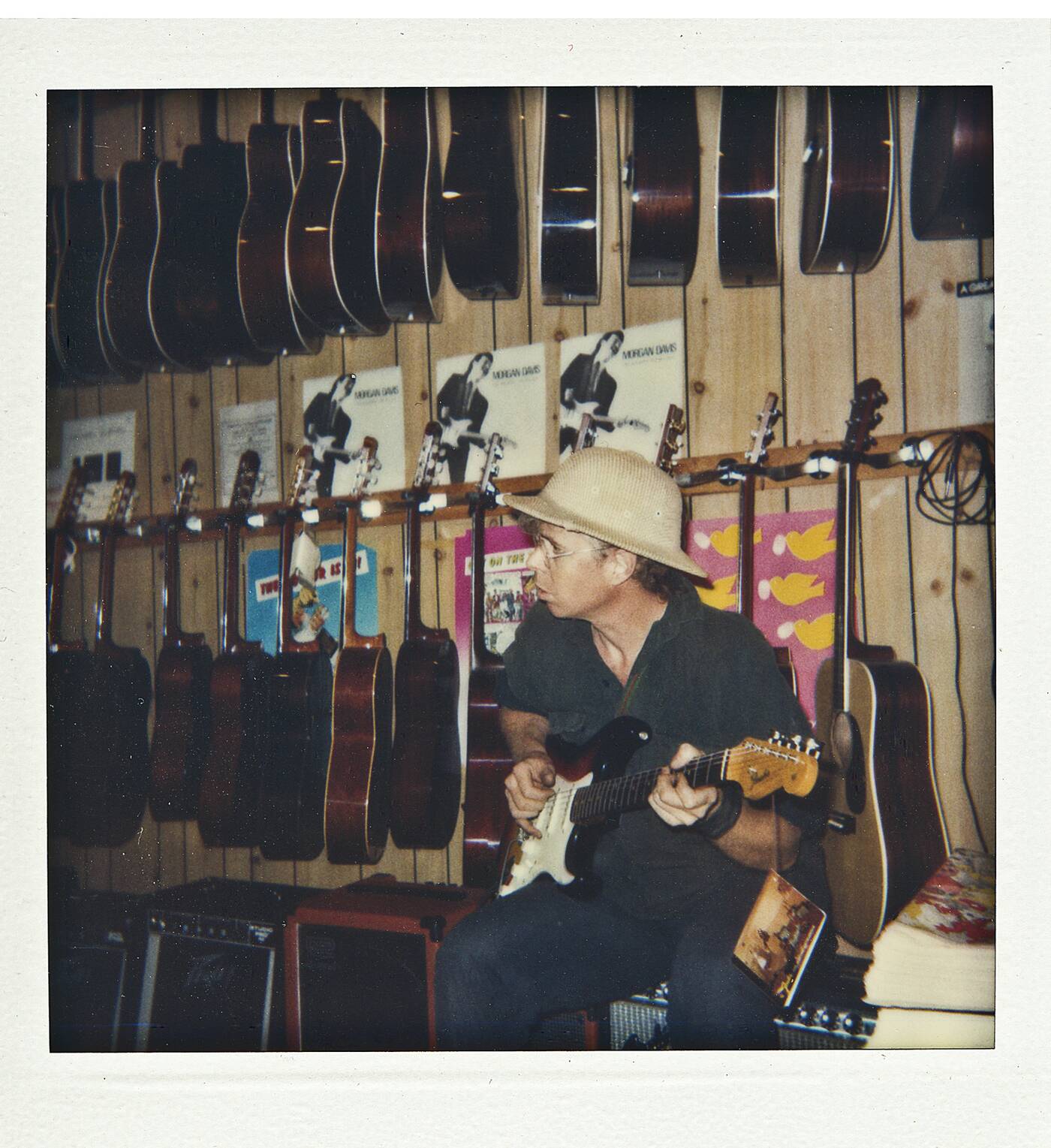 By the 80s, interest rates had shot up by 23 per cent, and "the thrill had gone for me," says McLuhan.

Fifty-one years since its inception, Ring and its cast of luthiers remain as low key as ever. They're more likely to be building custom piezo transducers than advertising their used Fenders.

Wager and LaRocque were not available for comment at the time of publishing, so it's unclear whether the guitar shop will continue online.

As for now, Ring doesn't seem set up for e-commerce, judging by its website (which currently redirects to an online pharmacy shop when  searched through Google) so that's another tally for Toronto's losing music scene.