The Flaming Lips stir up a frenzy for Panamania

The Panamania Live concert series took a turn for the trippy last night when Oklahoma pop-psyche troubadours The Flaming Lips took to the stage at Nathan Philips Square. The results were as colourful as the parade of flags that adorn the Pan Am games itself. 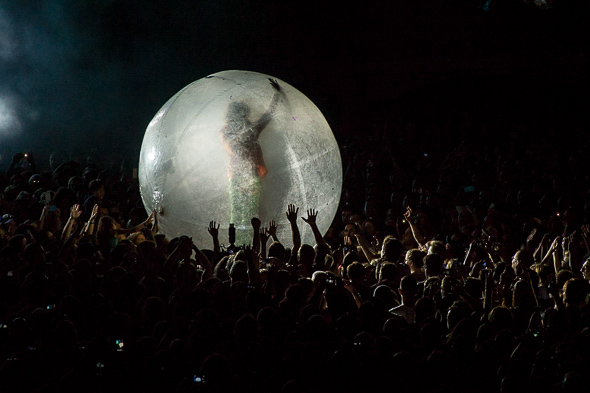 "Ladies and Gentlemen, two mushrooms and an inflatable rainbow," leader Wayne Coyne told the overflowing crowd, quick to introduce the cast of characters before than the rest of the band. A Flaming Lips show is a carnival with the frontman acting as the zany ringmaster. 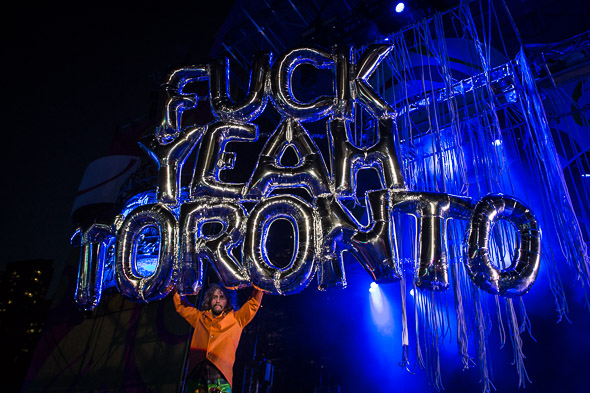 An explosion of confetti canons and giant balloons greeted the band on stage, proving once again that the Lips now how to create a spectacle. Coyne is a master of the photo-op as he rolled around and surfed the crown in his see-through ball. But the best moment was surely when the band rolled out a "Fuck Yeah, Toronto sign." And they say the city is so reserved...not on this night. 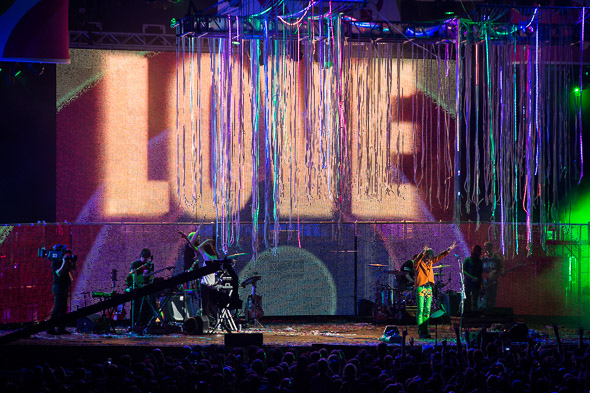 Brimming with positivity, the Lips ended the set by flashing the word "Love" on the display screens, which led to a group chant and was as powerful a moment as one could experience at a Toronto concert. As always, The Flaming Lips gave the city a show to remember. 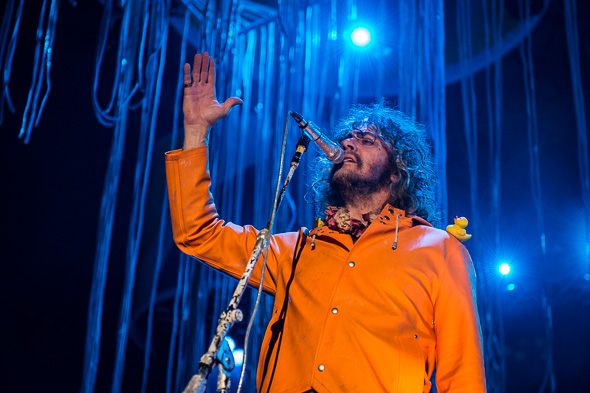 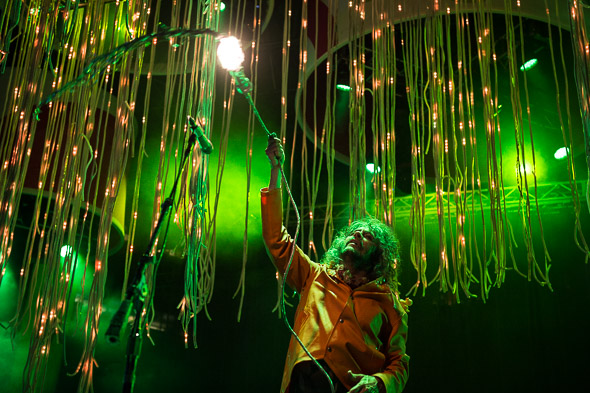 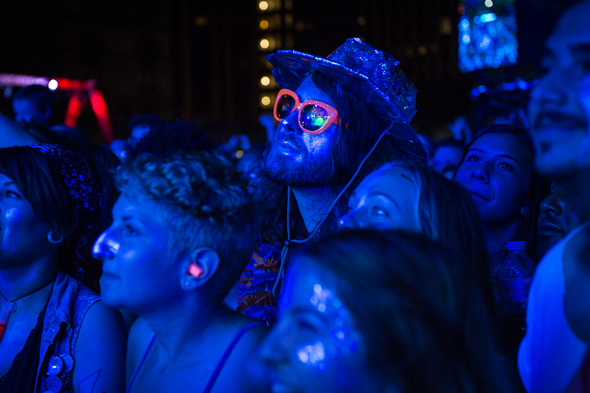 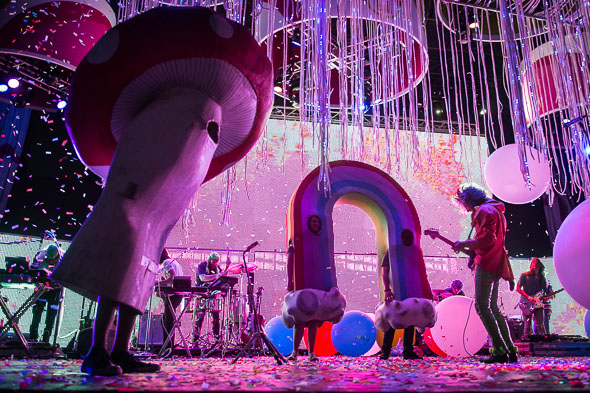 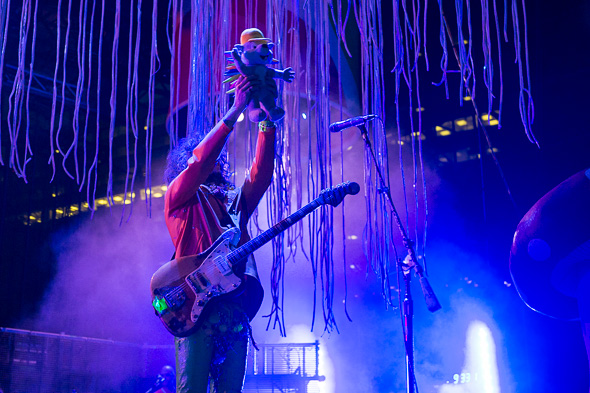 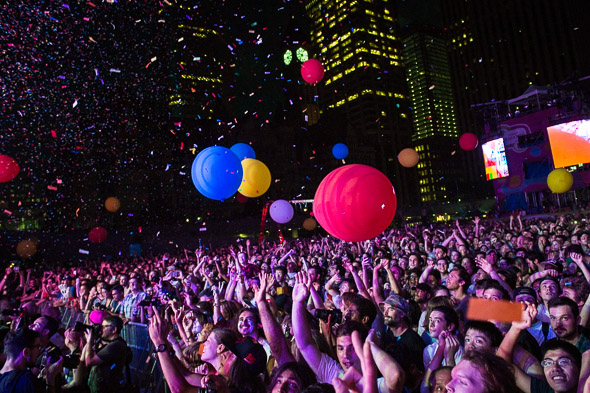 The Abandoned Hospital Ship
Fight Test
She Don't Use Jelly
The Yeah Yeah Yeah Song (With All Your Power)
Yoshimi Battles the Pink Robots, Pt. 1
Feeling Yourself Disintegrate
Vein of Stars
The W.A.N.D.
A Spoonful Weighs a Ton

ENCORE: Do You Realize?