As befitting the month of the Valentine, February will see the second release from No Love, a new label that officially launched on NYE 2015, but which has a history that goes back further than some Toronto musicians have been alive. Jakob Rehlinger is re-starting the label as an accessible offshoot to Arachnidiscs Recordings, his CD and tape label that focuses on fringe and experimental music by local and international artists.

Accessible, of course, is in the ear of the beholder. "When I decided Arachnidiscs was definitely going to be an avant garde label, and adopted the motto 'weird music for and by weirdos,' I was getting submissions that were really good and by people in town from bands that I liked, but I'd say no because it didn't fit the aesthetic."

"One day I just said, I could restart my old punk label and say yes to some of these acts. It's going to be vaguely '90s-influenced indie rock, based on my own tastes as far as indie goes. In general, stuff will be psychedelic." 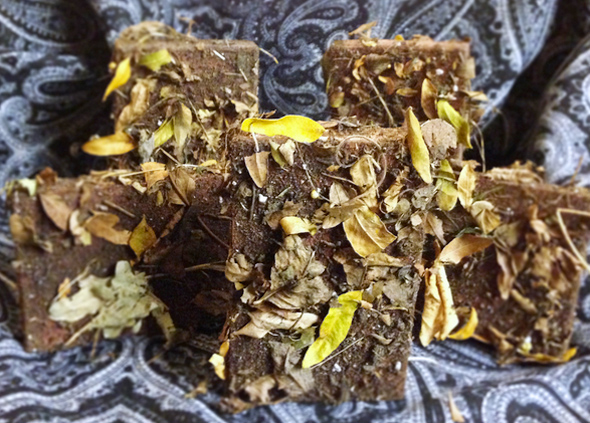 Arachnidiscs Recordings has operated since 1999 in Canada, beginning on Vancouver Island and traveling with Rehlinger to Toronto eight years ago, shortly before he first started to put out international releases. If you haven't heard of the basement label, it could be because you don't collect cassette cases that self-destroy upon opening, tapes packaged in fuzz or covered in twigs, or albums marketed as "post-rock soundtracks for a lost David Lynch film." 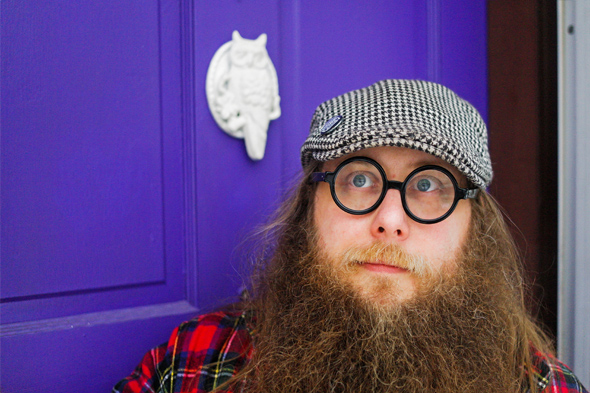 Before Arachnidiscs there was No Love, a punk label Rehlinger ran from 1989-99 to release music mostly made by friends in BC. You probably don't have a No Love limited edition cassette lying around your stacks (if you do, hold onto it), but Rehlinger sensed that now is the time to bring back the label as a Toronto and Canadian-artist focused outlet for bands who are keeping the sound of '90s indie alive.

"I think in a way there are people [in Toronto] doing this indie music for the sake of doing it, which is reminiscent of the early '90s when people were making music without the expectation of anything happening. It wasn't until '93 or so that people had an expectation of their weird, noisy band."

"Now with the demise of people being able to make any kind of living off selling records, that attitude of just doing it and having no illusions... it lends itself to people putting together bands and playing music that makes no commercial sense and all, but people like it. You see it around in Toronto a lot... 'why are people doing this? This is weird.'"

He cites No Love band The Holy Gasp, plus Zones, Bile Sister, and "almost any artist on Inyrdisk and Healing Power Records" as bands that inspire him. "This is great stuff, but it's not anything that sane people would be doing."

Though the return of No Love was inspired by acts like recently broken up Toronto outfit Teen Tits Wild Wives, its first release of the millenium was, appropriately, by a BC artist: Rainboard's The Midnight Slide. No Love's next tape will be what has locals buzzing, however. 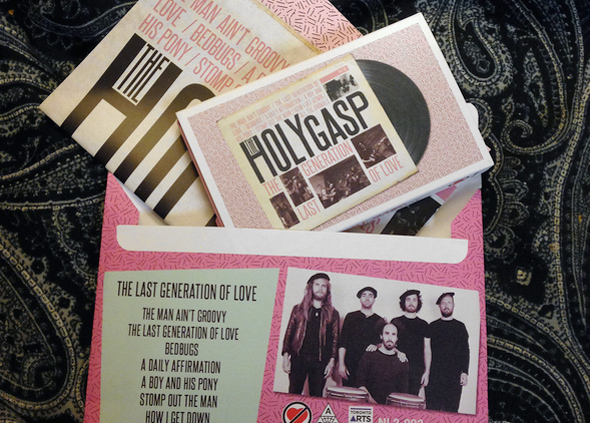 The Holy Gasp, a band making a name for itself as a must-see local jazz-influenced outfit exploring territory as strange and original as BADBADNOTGOOD, will release The Last Generation of Love on February 24. The cassette is packaged cheekily in an envelope bearing a doctored photo of a record and retro sleeve. It's fun - which is what both of Rehlinger's labels are about, no matter how seriously he takes his music.

"I don't know why people do it, honestly," Rehlinger says of the underground musicians he loves. "It's probably some kind of ego fulfillment - either you're going to do it to make money, or it's some sort of id or ego satisfaction." I ask if the same applies for indie labels, and Rehlinger doesn't miss a beat. "It's definitely an ego trip. It's pretty thankless otherwise.

"The whole model [for both labels] is I purposefully lose money, so I know that beforehand - it keeps it fun. The moment I try to keep the books accurate and price things to do better than break even... it instantly becomes a headache and not fun. It's basically a very slow money drain."

"It's a feeling of being part of something, and contributing to Canadian culture in some small way... and to help our your friends a little bit. And most idealistically, to expose people to art that you think is great."

Rehlinger sees a clear divide between personality types who will never be comfortable languishing in obscurity versus those who dwell long term in the underground - though both types might make up bands who will be drawn to work with No Love.

Expressing interest in releasing music by Girls Rock Camp bands, Rehlinger says he'd love to release small run EPs for the likes of Das Rad or other Pleasance or Buzz bands, but expects No Love will mostly be "an early stepping stone" for new acts. 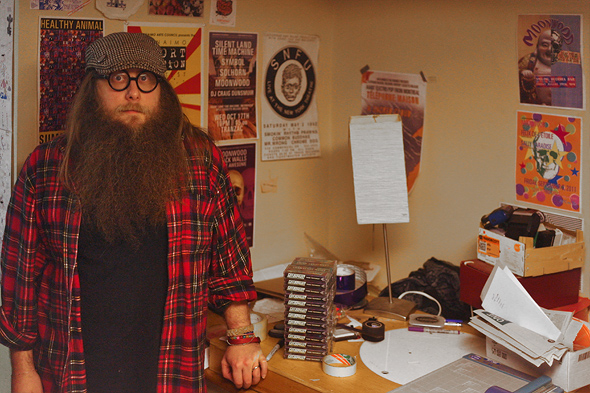 A musician himself (Moonwood, Babel, Tranzmit, Reverend Moon), Rehlinger would, surprisingly, advise new bands against seeking out labels. "I tell bands they don't need a label and they'd be much more successful starting a label themselves." Rehlinger laughs. He goes on to say he's unsure how music fans view labels now - "if they see a band like Doom Squad at a show, do they think of them as being on a label?"

He's also intrigued about the rise of the weird beyond Toronto. "Standard pop now is really, really weird if you listen to it now - it would be super avant garde if you were listening to it 10 years ago... I don't even know if weird is weird anymore. It's kind of the new normal."

The Holy Gasp's The Last Generation of Love drops February 24, with the release show at Silver Dollar March 21 with Friendly Rich & The Lollipop People. THG tell us, "It'll be a night of queer oddities and new age hocus pocus. TD Bank'll be handing out bags of money. You heard it from the horse's mouth." Before Toronto, the band will play Windsor, Sarnia, Kingston, Montreal, and Peterborough.

No Love's next release is from Everything is Geometry, while Arachnidiscs is planning a Holiday Rambler re-issue, among many others. (With about a hundred releases, the ideal entry point into the Arachnidiscs library might be this Totenbaum Tr채ger / Projet Muet album.)

Photos of merch via Arachnidiscs