Ratio is the latest DIY music venue and art space to open in Toronto in 2014 (it's been a good year). Tucked in a second floor apartment above a variety store at 283 College in Kensington Market, the venue has kept busy, often hosting multiple events per week from live concerts to film screenings to art pop ups, all or nearly all with an experimental bent that the bar scene is often hostile to. 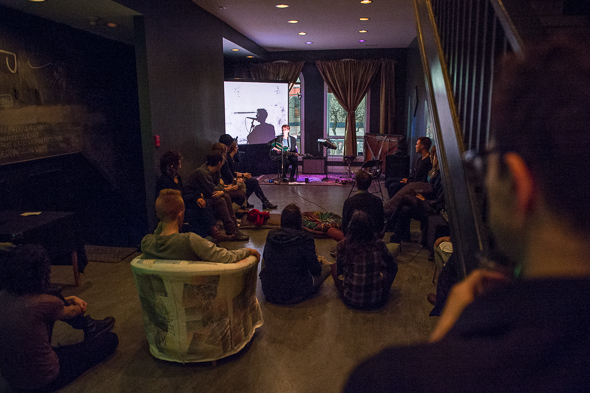 Similar to another new Toronto DIY spot, Geary Lane, attendees who enter Ratio aren't greeted by the kinda-shitty-on-purpose vibes of Kensington DIY institutions like Double Double Land or The White House, or that dingy, cavernous apartment above Smiling Buddha (RIP) - instead Ratio strives to create a space for experimental art that is a little bit grown up. 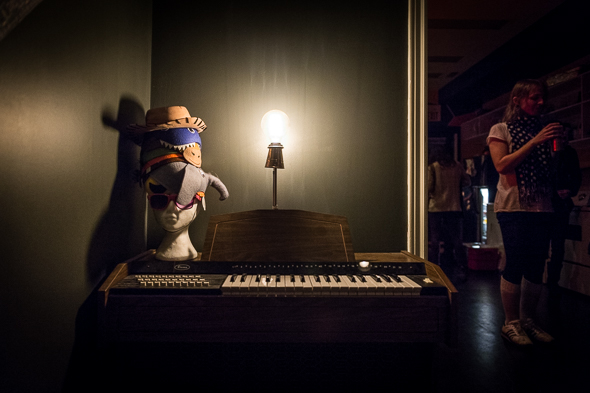 Nearly everyone who climbs the stairs to Ratio for the first time breathes an impressed comment as to how nice everything looks. Decor is reminiscent of the home of an ex back-packer who's settling down and getting their life together, and there's not a cockroach in sight. Pillows on the floor remind me of Placebo Space's cozy first incarnation above a auto shop on Bloor Street. 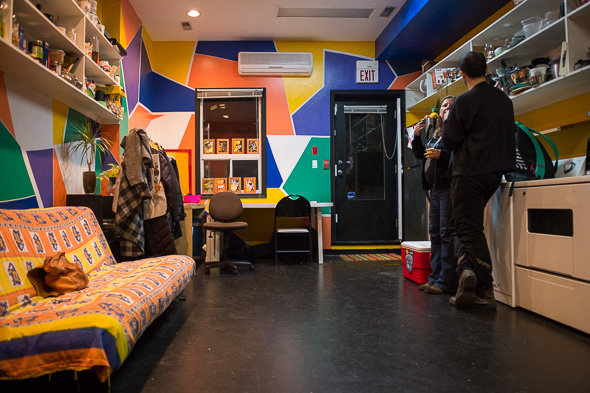 Ratio is co-run by a core of artists, musicians, and dancers who have been working in Toronto for a long time, including Nick Storring (Picastro, Bespoken, solo) Matthew Ramolo (KhÃ´ra, Picastro, Bespoken), Nicole Cultraro, Joe Dodaro, Daniella Wieclawek, with Doro Oberscheidt and JD Pipher also affiliated. The multidisciplinary pursuits of the creatives behind Ratio are mirrored in the diverse bookings that have filled the venue so far. 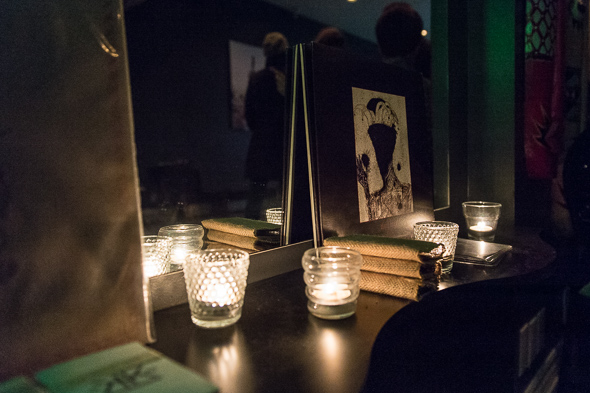 "We've tried a few different things and overall it seems like [Ratio] can accommodate whatever." Storring tells me. "We've had really delicate all-acoustic music, such as a Sarah Peebles' disc launch show, and we've had stuff that's quite loud. I think having some place that can accommodate super quiet shows in the city that's not a bar yet not regarded as strictly a classical music venue is something I cherish about our space."

Burn Down The Capital, the promoter behind Feast in the East, has made Ratio a favorite for west end concerts including touring acts like Gordon Ashworth (Concern) and Work/Death. Transient venue Somewhere There's bookings are also a natural fit, and Ratio has hosted shows for InPrint Collective's The Artists' Market, Clara Engel, KhÃ´ra, I Have Eaten The City, Hermit Thrushes, Zvi, Isa Christ, Beard Closet, and many more. 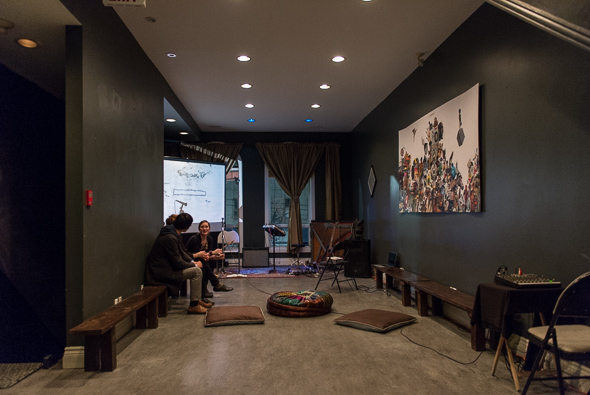 Storring tells me Ratio is primarily a music venue at the moment, but that's probably more indicative of Toronto's thriving underground music scene(s) than any set mandate. "Our whole notion is to have it be a multi-purpose venue used for music but also dance, theatre, performance, as well as an ad hoc gallery. We hope to allow it to be used for rehearsals/meetings/workshops in the daytime as well." 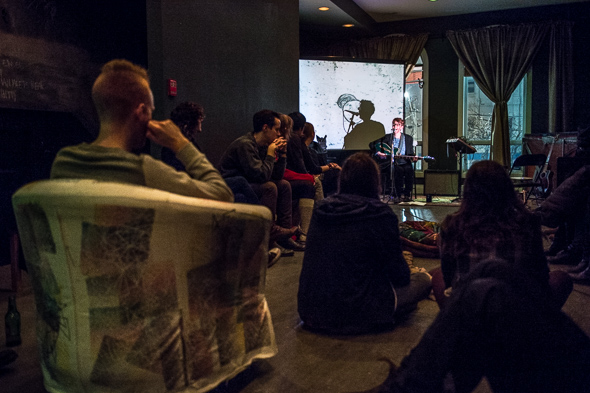 While the space has become a haven for Toronto's surprisingly diverse experimental communities, Storring hopes to forge connections across the board with Toronto's underground. "Our identity is still taking shape. We're hoping to open the space up to other media and create connections there too."

"I'd say our focus is on showcasing intensive artistic expression... and honouring it by giving it a safe and supportive home for an evening." Matthew Ramolo adds. 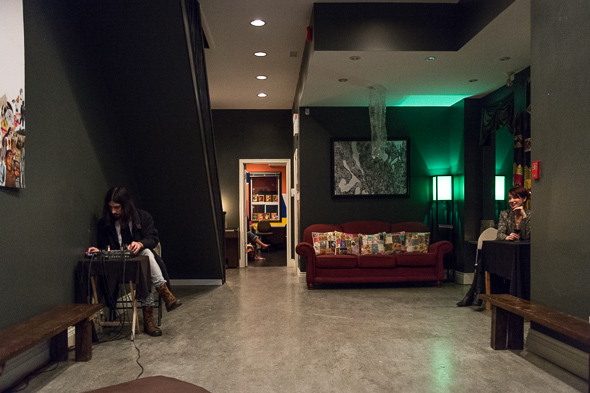 DIY venues can disappear as quickly as they pop up, but Double Double Land just celebrated their fifth anniversary nearby on Augusta, and Ratio's calendar has been steady, so the project is clearly filling a need in the city. The key will be maintaining a balance between its seven collaborators and navigating the stresses that can accompany running a live-in venue year round.

Similar to Geary Lane's stance of playing it by ear, Storring confesses, "I would hope that it is sustainable! It's too early to gauge that with certainty but so far so good, and it feels really great to put on these shows." 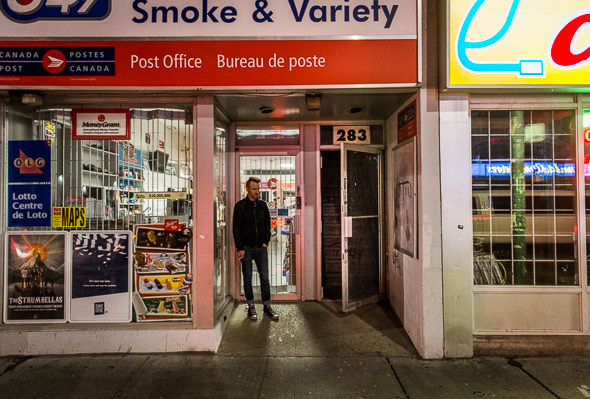 Musicians and fans can get in touch by emailing Ratio through their website or visiting during event hours.