The Sheepdogs and Co. put on a solid show Echo Beach

It's good enough to unite The Sheepdogs, Yukon Blonde, The Sadies and Zeus on a bill, but let me preface this post by saying that after Saturday's concert, Echo Beach is, hands-down, my favourite summertime venue in the city.

Granted, summer is essentially over, and it wasn't warm by any stretch of the imagination, but you owe it to yourself to check this place out next year when the warm weather returns.

Prior to the show, we had the opportunity to take part in a meet-and-greet with The Sheepdogs, courtesy of Canadian Club. I was even able to conduct a brief interview with Ryan Gullen and Sam Corbett, the band's bassist and drummer, which you can read excerpts from at the bottom of the page. It was a great little event, and it showed that the band is very down-to-earth and accessible. A great bunch of guys, no doubt.

Unfortunately, due to the meet-and-greet, I missed the opening set, which was performed by Zeus. This was somewhat disappointing, as I've heard many great things about the Toronto-based quartet. Everyone I talked to through the course of the night gave their set a rave review, and it's now on me to see them at the earliest possible opportunity. 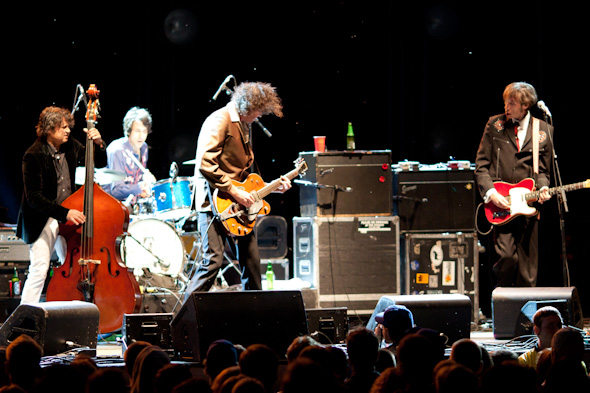 This was my first time seeing The Sadies live, and expectations were very high. I wasn't disappointed. The band had the Echo Beach crowd rocking on the sand with their spectacular stage presence and bonkers alt-country tunes. Trust me, if you haven't seen these guys live, you owe it to yourself to do so.

Next up, after a short break, was Yukon Blonde. I'd had the pleasure of seeing them live at day two of Festival Music House last Tuesday, and as they did that night, they brought the ruckus at Echo Beach. Frontman Jeff Innes urged the crowd to stay warm by dancing--and indeed, the temperature had dropped considerably at that point. 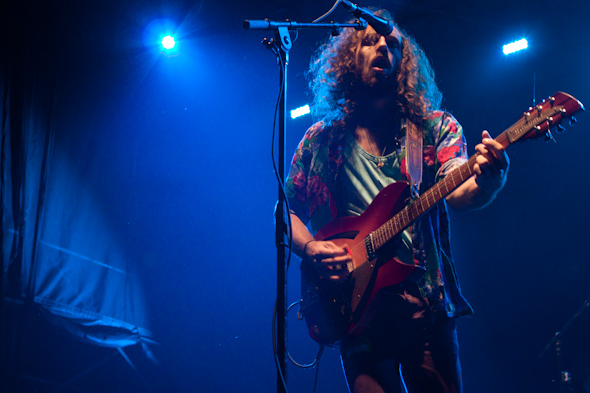 It certainly wasn't difficult to dance to tunes such as "My Girl" and "Radio," which contains the appropriate lyrics "There's nothin' on the radio, so on your feet, on your feet!" My favourite track of 2012, "Stairway," was the tune that had the crowd going wild, however, and if you've heard it, it's not difficult to see why.

Finally, just past 10 p.m, The Sheepdogs took the stage to the roar of the crowd. I had seen them live only once before, and it was at a much smaller venue than Echo Beach, so I was curious to see how they'd sound on a larger stage. Let's just say that they killed it.

Starting off their set with "How Late, How Long" off of their Five Easy Pieces EP, it was clear that the Saskatoon natives had brought their A-game right from the get-go. Songs like "Southern Dreaming" and "Sharp Sounds" are good examples of why the band has been compared so favorably to The Guess Who - the classic rock sound will make you think that you've been transported back to the '60s. It's awesome stuff, and the crowd ate it up. 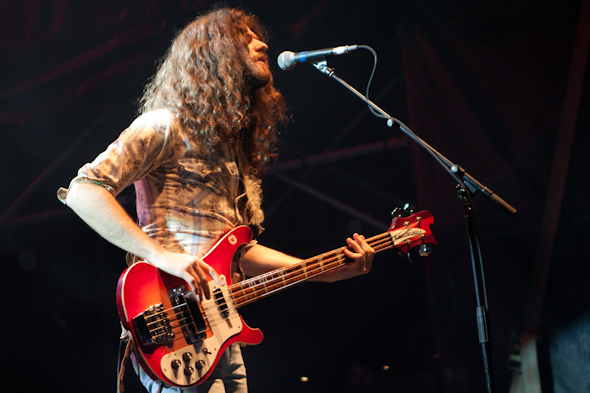 The influence of Black Keys drummer Patrick Carney, who produced The Sheepdogs' self-titled new album, can be heard on songs like "Ewan's Blues." There's definitely a Keys-like sound, but The Sheepdogs make it their own - the results are nothing short of magic. The band's singles were also represented well, with "Who?," "The Way It Is," and "I Don't Know" causing the crowd to sing along in unison. 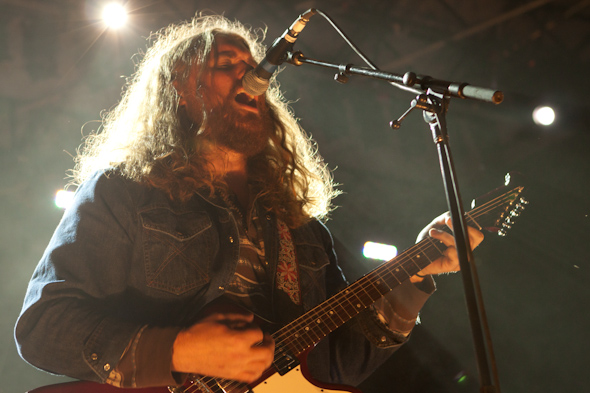 "There's a girl sitting on a guy's shoulders showing me her sugar tits," frontman Ewan Currie said with a grin as the band's set neared its end, eliciting laughter from the crowd. This type of banter was present throughout the night, and it really shows how much the band loves what they do. Given their sudden rise to fame, it's not hard to see why.

As I mentioned above, I was given the opportunity to interview Ryan and Sam before the show. Here are a few highlights: 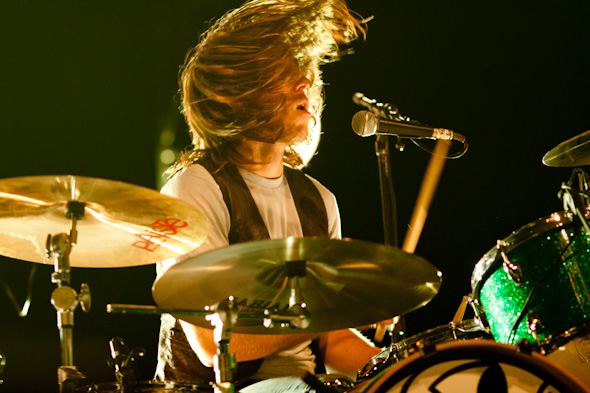 On their sudden rise to fame

Ryan: I wouldn't say it's been tough to deal with. We've been a band for so long that it took a lot of the pressure off, and even though we're touring a lot and we're really busy, it's easier to deal with because we've been together for such a long time.

Sam: And you know, I wouldn't exactly say that we're super famous by any stretch of the imagination. I mean, we can still go to the grocery store and not get recognized, whereas someone like, I don't know, Tom Cruise--there's no way he could do that. We're not quite at that level yet. 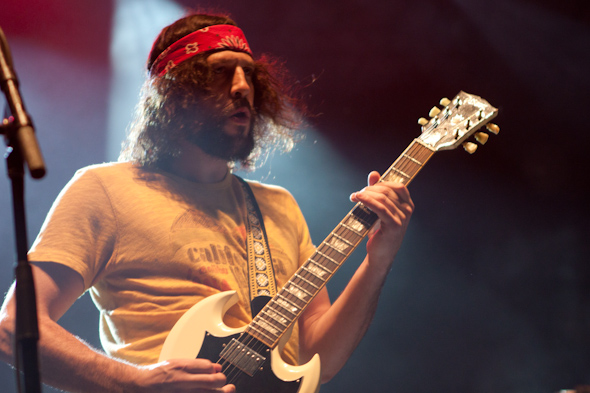 On the band's popularity in the U.S.

Ryan: There's no question that we're more popular in Canada than we are in the U.S., but that's definitely a market that we're starting to tap into. We're actually leaving on a U.S. tour tomorrow, our first headlining tour down there. And there are definitely pockets of people down there who know who we are, because of the Rolling Stone cover, among other things.

Sam: It keeps us humble too, in a way, because I think it kinda reminds us of our early days. 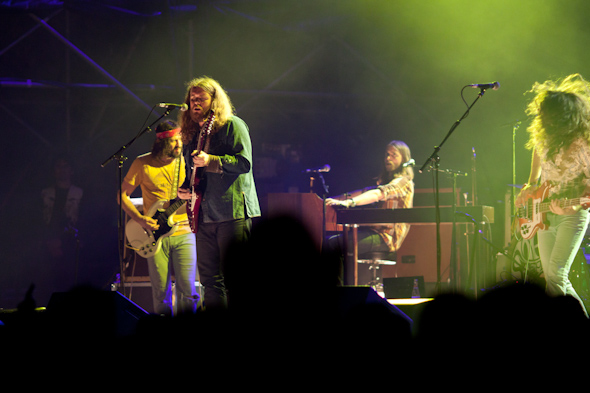 Sam: Working with Pat was great. The Black Keys are probably the best example in this era of a band who was able to stay true to their original sound while still achieving commercial success, and not having people resent them for it. That's something that we'd like to emulate.