The pulsating rhythms of New York City electro-rock duo Ratatat filled the walls of the Sound Academy on Wednesday night, where hundreds of Toronto fans were treated to a midweek rock'n'roll spectacle courtesy of two multi-instrumentalists and a well-programmed drum machine. After opening sets from Bobby Birdman and fuzzy, lo-fi surf rockers Dom, Ratatat hit the stage and delivered a set of Classics and fan favourites.

Bobby Birdman (aka Rob Kieswetter) played a brief set that began shortly after doors opened, accompanied on stage by a drummer. Bobby B jumped between playing guitar and keyboards, all the while soulfully and passionately singing his own unique version of the blues. 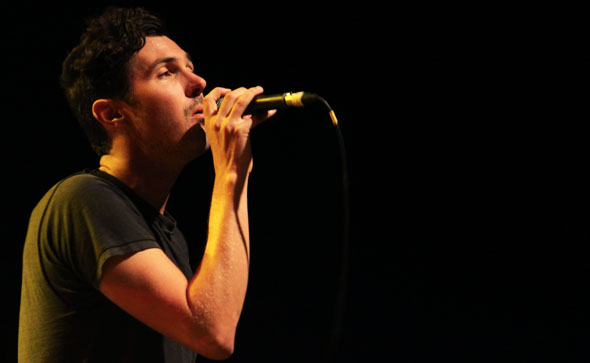 Up on stage next was Dom - a psych/surf rock quartet hailing from Massachusetts. Despite the Pitchfork hype surrounding the release of their debut EP Sun Bronzed Greek Gods, Dom's early recordings felt flat and bland to me, though I was hopeful that their live show would change that. 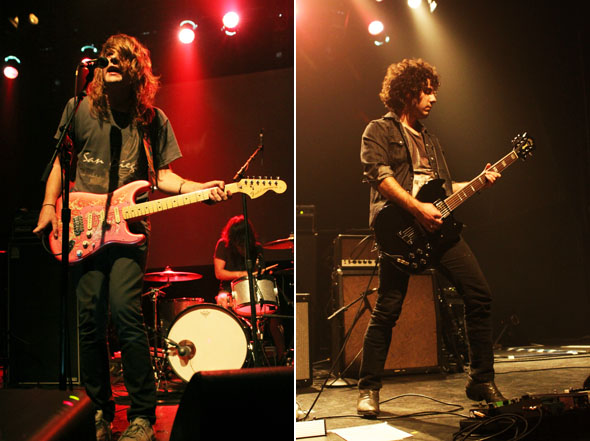 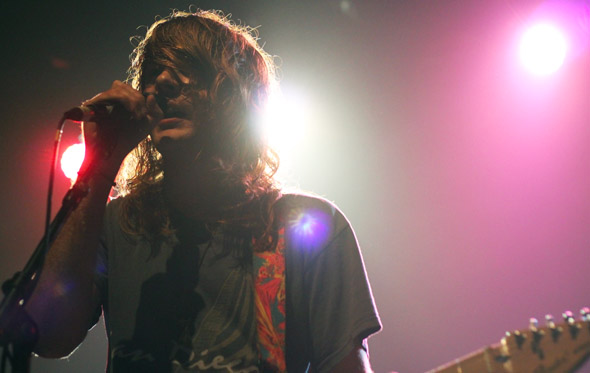 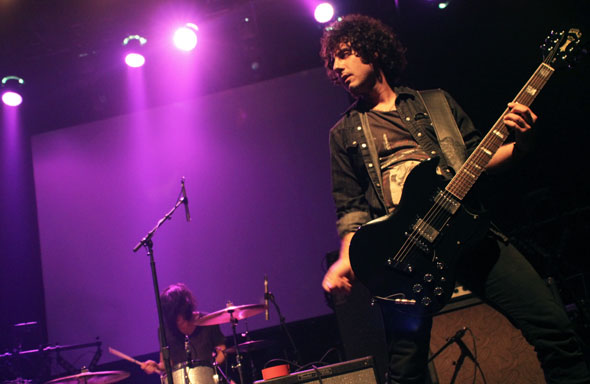 On stage on Saturday night, the four members of DOM delivered a raw and gritty set, infusing new life into tracks like "Burn Bridges" (MP3) and "Living in America" (MP3). Their current tour with Ratatat marks their first foray into Canada and despite being relatively unknown north of the border, the audience was receptive and attentive throughout their all-too-brief thirty-five minute set. 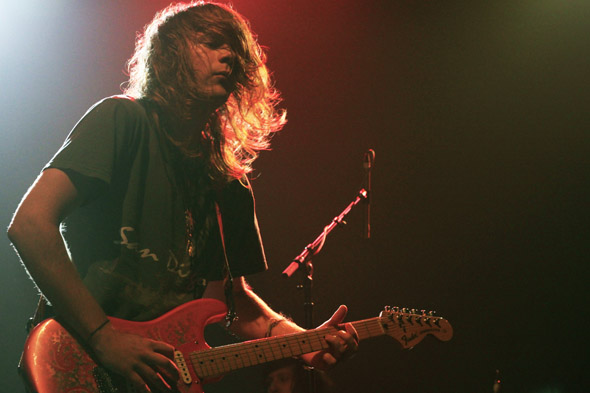 At 10:30, The Sound Academy went dark aside from a solitary source of light: a hypnotic, swirling blue projection looping on screen behind the stage. As the ambient sounds began to increase in volume, the audience's chants and claps grew more and more urgent. After a few minutes of steadily building the tension, Ratatat members Evan Mast and Mike Stroud launched into an explosive performance of "Bob Gandhi".

Mast & Stroud were surrounded by a semi-circle of synthesizers, guitars, pedals and floor toms. Backlit by blindingly bright LCD lights, the duo appeared as silhouettes to the crowd throughout the duration of their near ninety-minute set. Behind the multi-coloured lighting system was an even larger screen showing psychedelic projections and clips from random films. 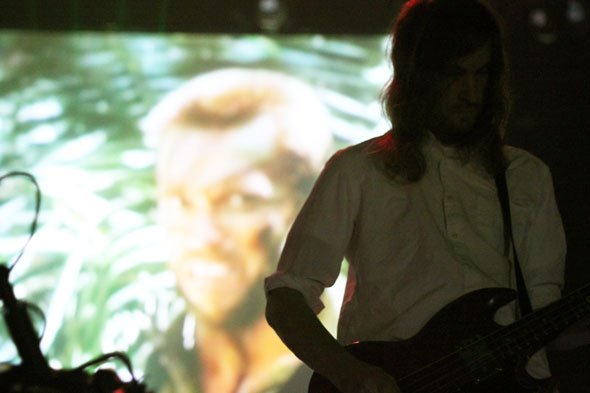 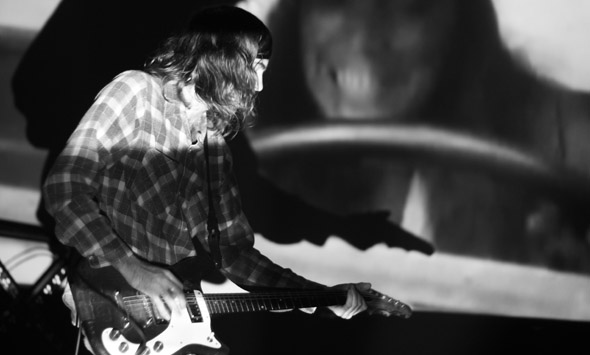 On either side of the stage hung massive translucent screens onto which a bizarre collection of animations were projected, depicting an odd variety of imagery that included parakeets, spinning mannequins, Rastafarian violinists, fireworks and infrared faces (as seen in Ratatat's official music video for "Mandy"). 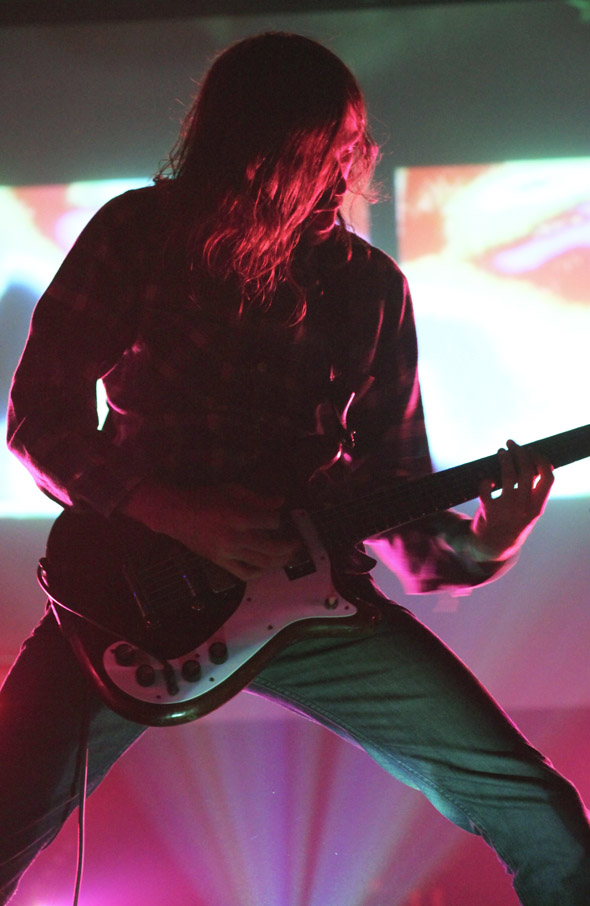 Silhouetted hands franticly slid up and down the neck of Mike Stroud's digitally harmonized guitar as he rattled out riff after riff of melodic genius. Stroud showed off some impressive flexibility on stage, staring into the lights and leaning back at angles that would make a limbo champion turn green with envy. 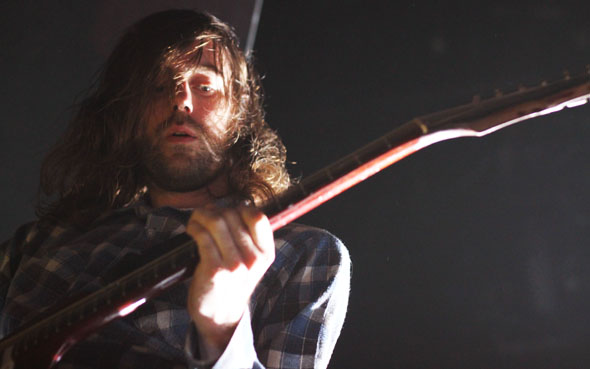 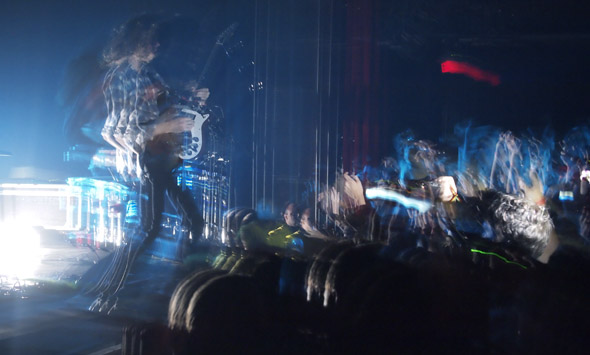 While some of the rich, diverse textures found on Ratatat records may have been lost in the haze of the venue's sound system, the duo compensated by dialing up the distortion and bringing the groups signature basslines and infectious melodies to the forefront. What their live performance lacked in textural intricacy, they more than adequately made up for with epic stage presence throughout the entire spectacle. 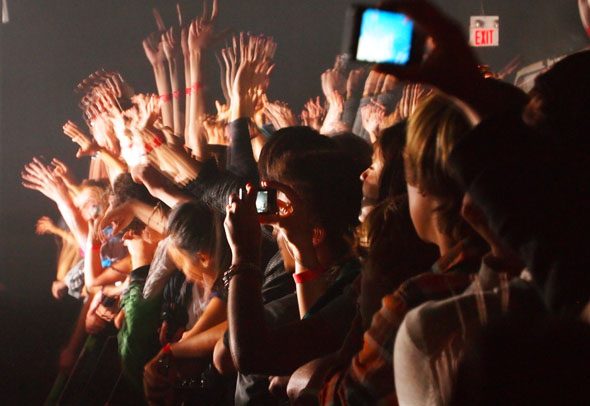 Mast's chunky basslines blend perfectly with the earth-rattling beats emitted by Ratatat's drum machine, highlighting the duo's obvious appreciation for hip hop production. The crowd was enraptured from start to finish, most notably when anything from Classics was played. "Wildcat" elicited the most voracious response from the sweat-soaked audience, and renditions of "Lex", "Loud Pipes" and "Gettysburg" were met with almost parallel excitement. That's not to say that newer anthems like "Neckbrace" and "Drugs" were by any means ill received - Ratatat's Toronto fanbase showed love for every note they played.

Mast & Stroud left the stage at 11:45 after closing out their set with "Bare Feast", returning only a few minutes later for a two-song encore that included "Seventeen Years", the first single taken from their 2004 self-titled debut. 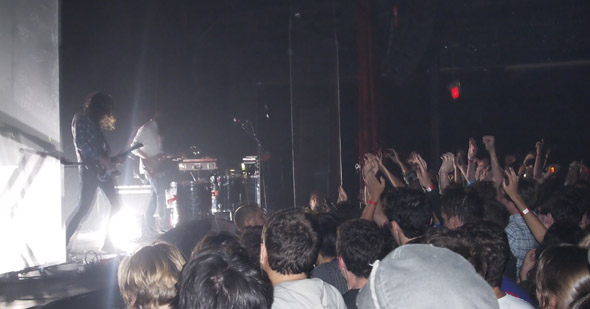 As the crowd dispersed into the chilly, late-summer night, I couldn't help but admire the prowess of Stroud and Mast as both record producers and live musicians. If there's one thing to be taken from Wednesday night's show, it's that Ratatat undoubtedly know how to throw a party.

Words, photos and video by Matthew McAndrew, with help from Bryan Wyshnicki.