Sea Wolf Take a Bite Out of Sneaky Dee's

Sea Wolf returned to Toronto for the first time in over a year last night, bringing California's Port O'Brien and Hawaii's Sara Lov along for the ride.

Heading upstairs into the humid, dimly lit (read: photographer's worst nightmare) top floor of Sneaky Dee's, I was shocked to see such a sparse crowd. Granted, the show was an early one, with doors open at 7:30pm and Sara Lov hitting the stage half an hour later, but I expected at least a little higher attendance.

After settling down with a drink, I turned to see Sara Lov standing solo on stage, strumming and singing along to a rotating record. Her soft and gentle voice would not have been audible had the crowd been any larger or any less polite. 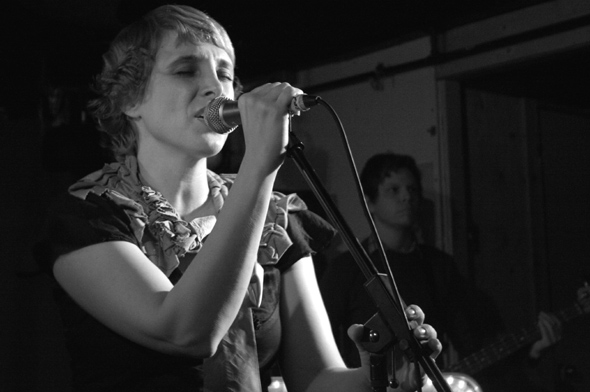 Halfway through one of her tracks the record began to skip, but Lov took it all in stride, joking that she was starting to "sound like a broken record." Lov closed with a cover of the Arcade Fire's 'My Heart is a Cage,' adding a melancholy touch to an already dark and brooding track. 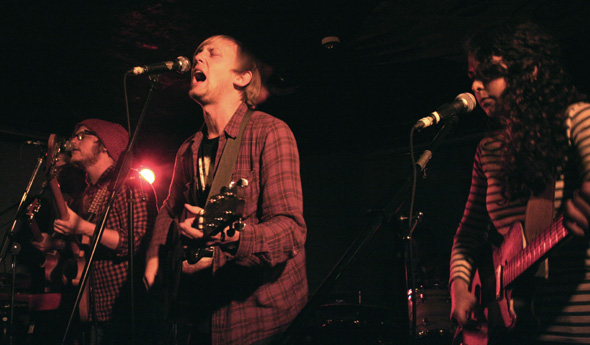 Next up were the reverb heavy Port O'Brien, currently supporting their 2009 LP 'Threadbare.' The fivepiece displayed their aggressive brand of folk rock in an interactive and high intensity set. 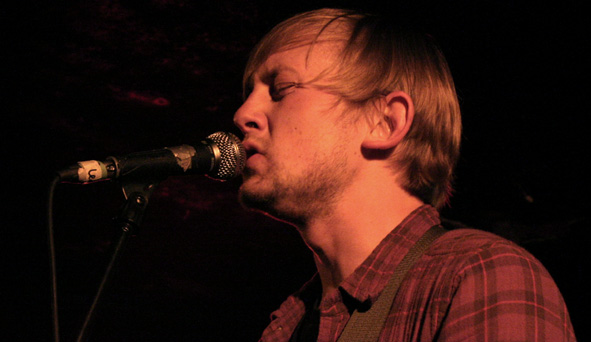 Lead vocalist Van Pierszalowski called upon the audience for some assistance with their closing track 'I Woke Up Today,' inviting us to open up a mystery box at the front of the stage filled with pots, pans and metal utensils. 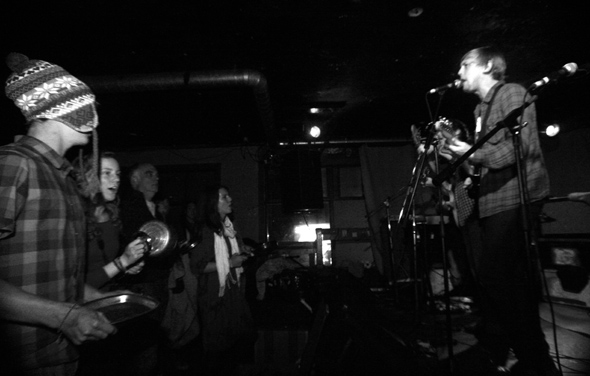 He had us screaming and banging and clanking, adding extra percussion and shredding our vocal chords.

After a messy transition, Sea Wolf took the stage around ten o'clock. Singer/songwriter Alex Brown Church stood front and centre with an acoustic guitar hanging over his plaid covered shoulders. On this particular night, Church brought along a cast of five to build upon his bittersweet, yearning and honest folk songs. 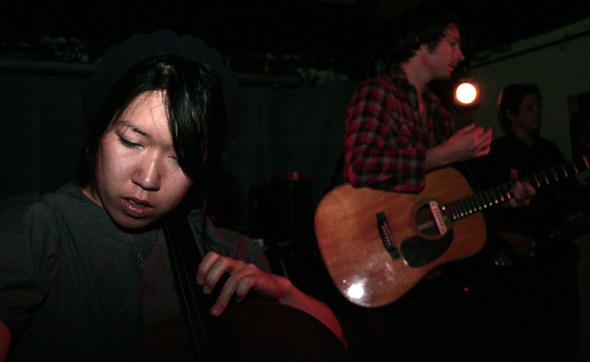 Sea Wolf played the perfect mix of old and new, drawing equally from 2007's 'Leaves in the River' and 2009's 'White Water, White Bloom.' Produced by Mike Mogis (of Bright Eyes/Monsters of Folk fame), the new LP has a lush, orchestral feel, which Church managed to channel in tonight's live set with the aid of haunting cello and plenty of tremolo arm action. 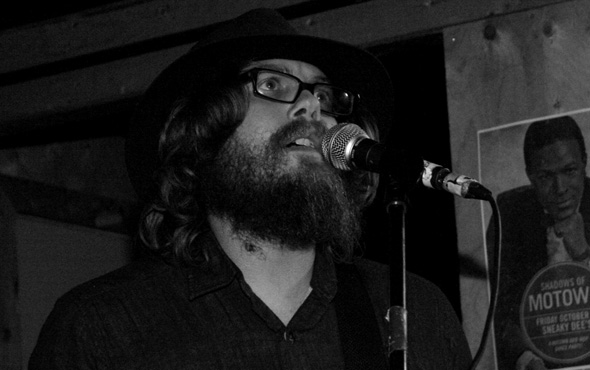 Lyrically, Church evokes imagery of the outdoors, pairing themes of introspection, heartache and confusion with scenes of rushing white water, dew in the grass and a spirit horse with golden feathers. 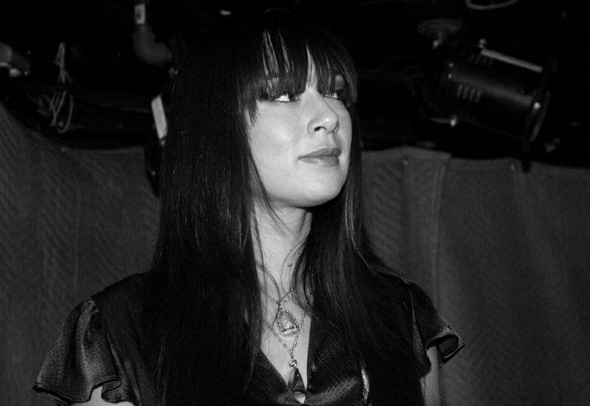 Sea Wolf played a solid, cohesive set that clocked in at just under an hour. Church's steady acoustic strumming was perfectly accentuated by Lisa Fendelander's sparse and minimal piano, kalimba and organ. After a solo, acoustic performance of 'Orion & Dog,' Sea Wolf closed with fan favourite 'You're a Wolf,' leaving my feet tapping and my ears craving more. 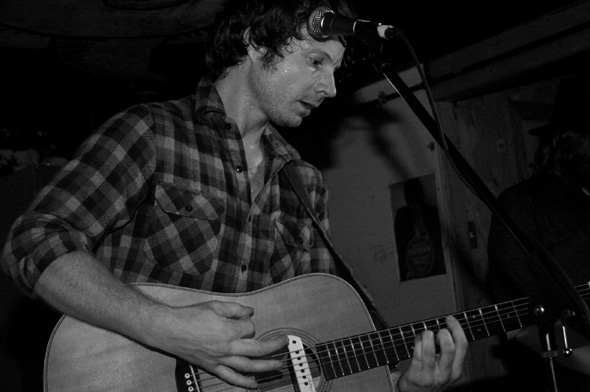 Rushed off stage by 11 to make way for a dance party, I can't help but speculate that a different venue would have been better suited for this particular brand of indie rock. Don't get me wrong - I've got nothing but love for cheesy nachos and cheap booze, but high-pitched feedback plagued the set from the first track.

Thankfully, Church and company were able to overcome the limits of their venue to satisfy the small but dedicated local crowd. Things are only looking up for Sea Wolf - expect to be hearing more from them, sooner rather than later. 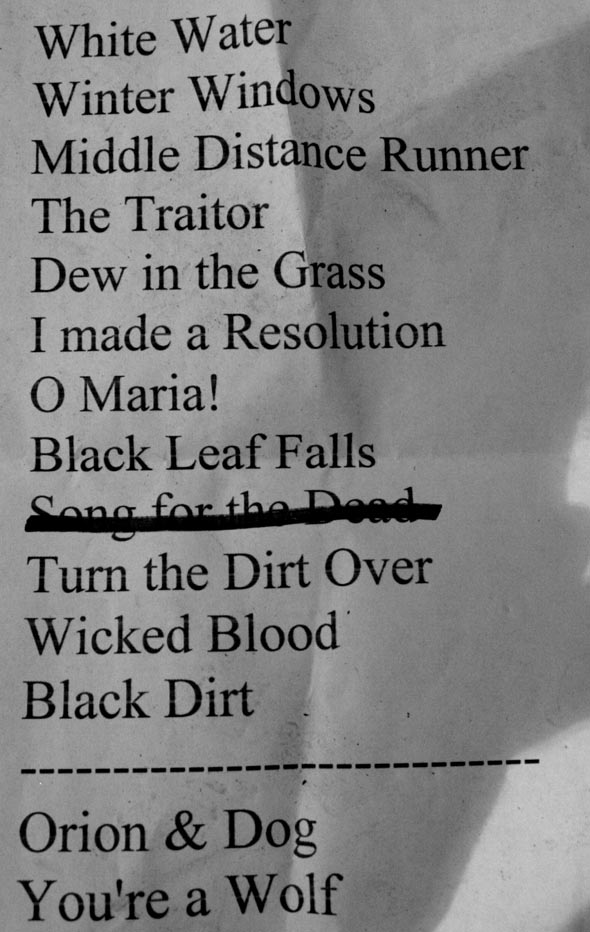