As part of the Harbourfront Centre's BBC festival, Broken Social Scene made an appearance in their hometown of Toronto. Hands down, they take the cake. They take the cake, the icing, the plate, and everything else on the table. It was the best show I have ever been to. Even just sitting here and writing about it, I'm getting goosebumps.

Forced to cancel their concert on the Toronto Island due to the city strike, BSS agreed to hold a free show instead. Hours before the show was scheduled to start, fans began piling into the auditorium and scouting out prime seat locations. I was lucky enough to snag a spot in the first row, and while chatting with the kids behind me, discovered that they had been waiting there for four long hours. 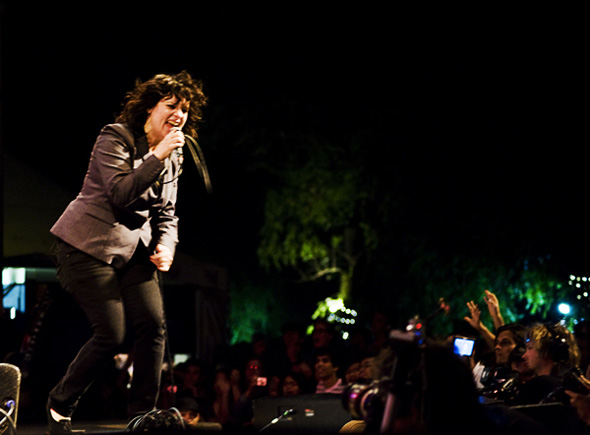 And finally, after the hours of waiting, after Rattlesnake Choir had started things off and put us in the mood, Kevin Drew walked on stage. And so it began.

There they were. Kevin Drew, Brendan Canning, and the crew -- back and better than ever. They started us off with an instrumental piece as they began to build what would become a monumental show. 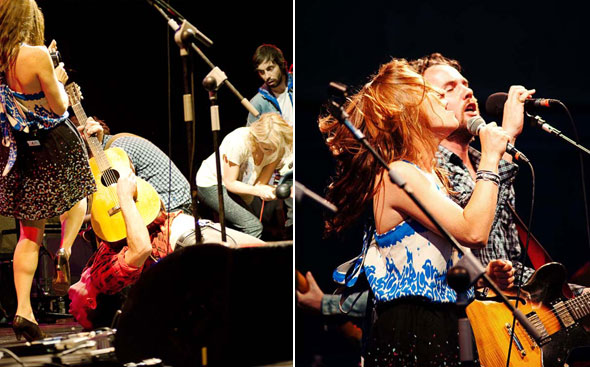 The guys from BSS really know how to make a scene, as they jumped around the stage with the horns blaring and rolling out across the audience. And then it happened. What nobody knew would happen, but everybody had secretly hoped for -- the music paused for Kevin Drew to introduce his good friend who had also lived in Toronto, Leslie Feist. The music started again and the crowd pulsated to 7/4 Shoreline. Oh gosh, things couldn't get any better. 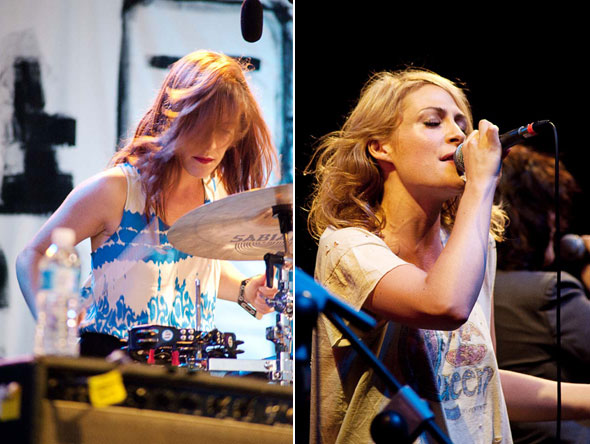 Except they did, because suddenly there was Amy Millan from the Stars singing her sweet song to the birds. Who could possibly follow that? Only Emily Haines. And then Jason Collett, and the boys from Apostle of Hustle. There they were, the BSS family back together and loving every moment of it. Their energy was limitless as the girls shimmied and shaked their way around the stage, Jason Collett literally bent over backwards, Feist unleashed herself on a second drumset, and the entire gang leaped around and kicked out for the hell of it. They were unstoppable. 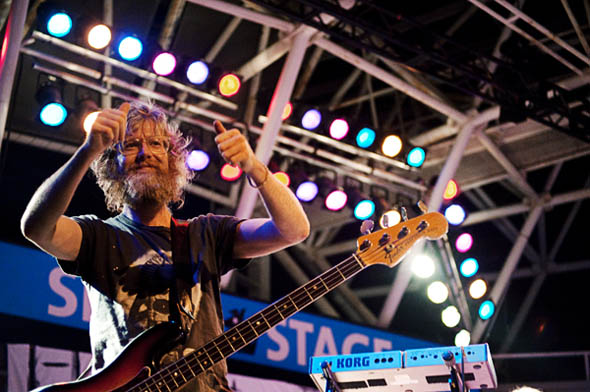 Even after their set was over and they had played their encore, they weren't finished. Brendan Canning dedicated a never-ending song to Martin Streek that became a song for Toronto and everybody there as it gained more and more momentum. With Kevin, the crowd screamed their apologies and their love to each other. And finally, after about four encores, came the last song. By the time they began playing Superconnected, everybody was on their feet and it was impossible to stand still. Everybody knew the words and everybody was singing, it was a perfect ending. 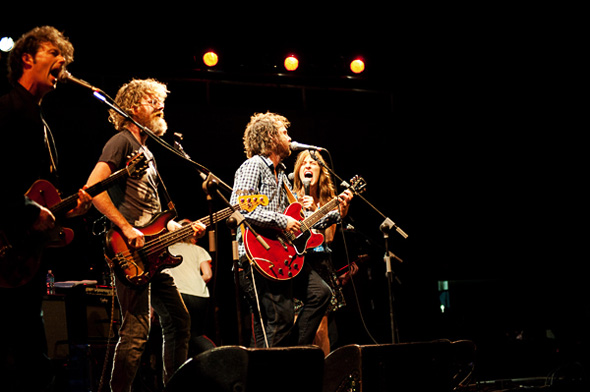 As we turned to file out, the girl next to me was still in a haze as she grinned and said to me, "That was the best show ever." And it was. The real kicker was that it had all been for free, which made it a show entirely about the music and the people and the city. Being there, you could tell that Broken Social Scene truly loves their roots. 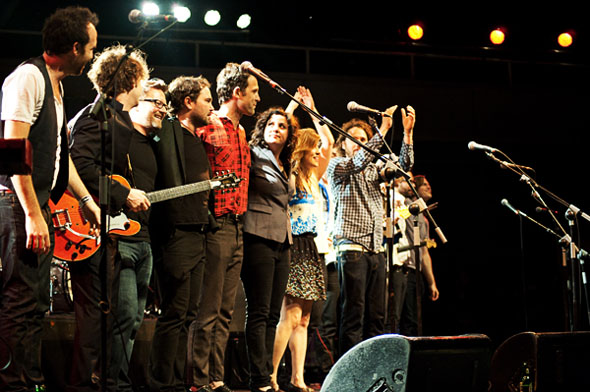 Writing and photos by Jen Brailsford