The Darcys Play a Sauna

Maybe it was because they hosted the event themselves, or because their live performances are so tight, but Thursday night the Darcys conquered the Whippersnapper Gallery. I got to the place a little late - so I (unfortunately) missed three other band's sets. I was actually there to see a Toronto favourite, Black Hat Brigade. When I discovered I'd missed their set, I was on the verge of leaving. But when I heard the Darcys playing from outside of the gallery, I decided to stay and support the melting sauna that the Whippersnapper had become.

Stepping up each stair to the gallery was unsatisfying, it felt like you were leaving behind the ability to breathe. I guess nobody really cared because when I stepped in, a huge crowd was huddled around the Darcys. I glimpsed at their Myspace a while ago, and they seemed like any other Indie band (because Indie really is a genre these days).

Seeing them live is a whole other experience. Everyone in the crowd was feeling it- and the energy reflected the stage. They played with good presence, and wild guitar effects- at one point I wasn't sure what the sounds being made were, and I couldn't even tell you where they were coming from.

Their songs are drilled in my head after last night...which is more than their Myspace ever did. They finished their set telling everyone to stick around for the next band, but their words didn't really make a difference.

The Darcys finished their flawless set, and the crowd slowly started disappearing. By now it was probably around 12:45AM. You can't really blame people who leave, especially since the subway closes unacceptably early in this city. 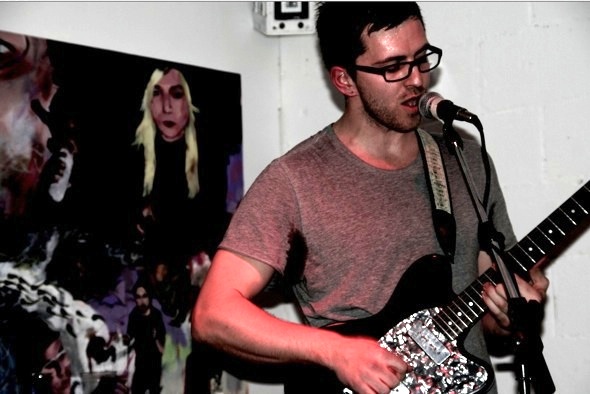 Montreal's L'embuscade began setting up and out of nowhere, their first guitar riff started. These guys have talent; there is no doubt about that. Interesting drum patterns, catchy guitar riffs. Each member had a mic in front of them, but I would have preferred otherwise. They have a lot of harmony in their songs - which reminded me of Def Leppard, except it didn't work for me.

I guess, to be fair, it gives them an original twist to other bands who play a similar genre, but I preferred the parts when only one vocalist took the mic. They explained that they normally play with 5 members who couldn't afford to travel to Toronto, but they sounded full and tight enough as a 3 piece.

They were very appreciative for the audience who stuck around as the Whippersnapper cleaned up. I felt like they got ripped off of a set. They started near 1am - and I've seen this before. Everyone is gone by that time. They traveled from Montreal with all of their gear to play this show, a 1am slot; not really fair. Everyone was obviously there to see the Darcy's, since they were the hosts, so wouldn't it have made more sense to put these guys on before the Darcys? Maybe there was a reason for this, maybe it was their preference, maybe the entire set times were pushed back, but I still I felt bad for them. Then again, it was cool that people did stick around, including members from the other bands.