Lisa Hannigan left her mark on Toronto Sunday night at the Mod Club. A friend of mine had introduced me to Lisa's music when her album was still only available overseas, and I instantly loved it. I think everyone left the venue that night with their jaws a little dropped.

I got to the Mod Club at around 7:50PM and doors were at 8PM. I assumed there wouldn't be a big line because the chill outside was unbearable, but as I walked up to Crawford Street I realized I should have been their about a half hour earlier. It was packed.

Low Anthem was up first. I wasn't looking forward for an opening act, but by their second song, I was already a fan. They were so interesting to watch. Since I'd never heard these guys before, I was surprised to see all the instruments lined up on stage. They had a singing bowl, a pump organ, and an upright bass (along with guitars and drums). These guys are real musicians; each of them played almost every instrument throughout their set. It was also really cool to hear a range in style within their set. They'd play a really melodic song without percussion, and follow it up with a heavy blues song.

The highlight of their set, for me was when front man Ben Knox Miller used two cell phones to create a haunting reverb of his whistling. Nobody in the crowd knew why he was calling someone in the middle of their set, but when the unreal echo amplified through the speakers, all was understood. I was a little annoyed at one point near the end of their set when a group of people at the bar were talking and laughing aloud. Aside from the drunks, I think they won everyone over by the end of their set. 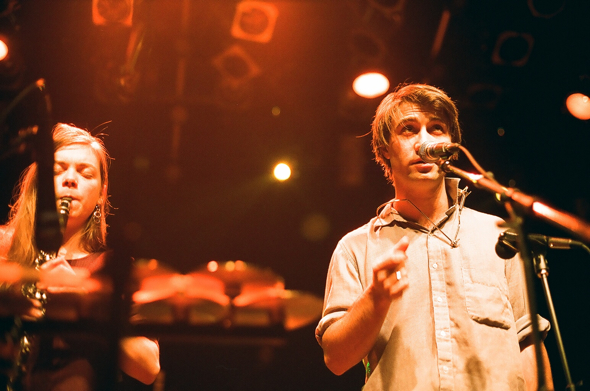 Then, the stage was cleared. The upright electric bass was ready to go, and the infamous harmonium was placed center stage. That's when I knew the wait was over. A group of guys in suits stepped up the stairs, and a very charming Lisa Hannigan followed behind. Her soothing voice entered the mic, and thus began her set.

She played all the favourite's off her album 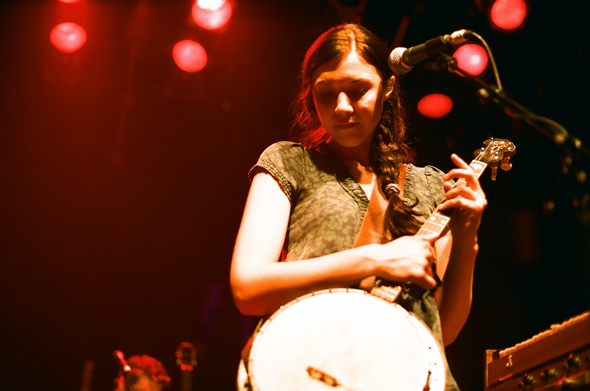 Sea Sew . It was such an enjoyment to be able to see a real show, show among a mature crowd of music lovers. Her voice sounded better than on record which I couldn't have imagined. Highlight songs for me were Sea Song, I Don't Know, and Ocean and a Rock. I also liked that she ended the night with her heaviest tune - Free Until They Cut Me Down (which isn't featured on the album). I wouldn't be surprised if Lisa is selling out stadiums the next time I get to see her, so I'm really glad I caught her for an intimate show. She's up there as one of the best artists I've ever seen live.