There's not much in life that I love more than good, traditional Scots-Irish music. Except for shoes, maybe. And the first six seasons of The X-Files. And chewy fudge cookies from Mrs. Field's. (Put all four of those together somehow and you get the recipe for my Most Awesome Night Ever.)

There were no cookies Sunday night, (and no Alex Krycek), but I did get to witness possibly the finest display of musicianship I've ever heard. HAWP, a Celtic band led by the husband and wife team of Andy and Niamh Webster, gave its first ever Toronto performance at the Flying Cloud Folk Club, (a funky downtown venue based out of Tranzac on Brunswick Ave), accompanied by vocal trio Urban Mermaid. 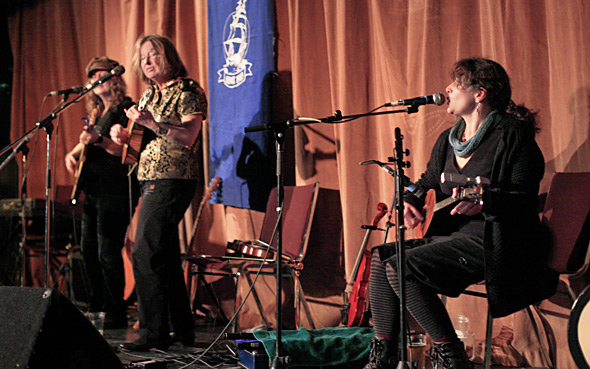 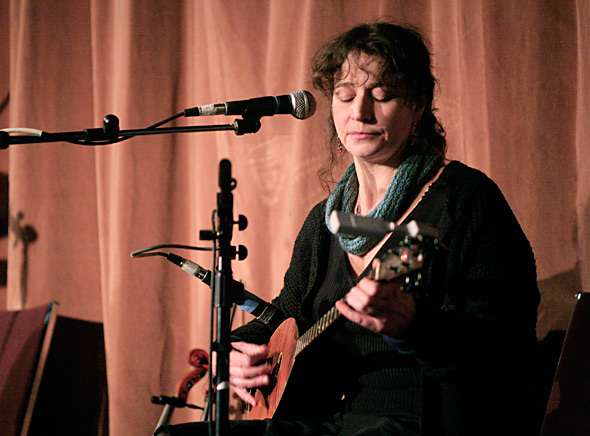 , October Browne and Brenna MacCrimmon are the newly-formed Urban Mermaid. They seamlessly blend together folk and contemporary influences to come up with a sound that's essentially traditional, but still feels unique and fresh. Each woman is thoroughly versed in traditional music styles, with influences ranging from Celtic to Turkish. While the main focus of the group seems to be the gorgeous vocal harmonies they compose, instrumental experimentation is regularly thrown into the mix.

HAWP currently includes charismatic Scotsman Andy and his wife, dancer and vocalist Niamh, flute and bodhran player Jason Pfeiffer, and Urban Mermaid's fiddler Anne Lederman. I can barely even begin to describe their live performance - I really wish I had brought a video camera with me, because no matter what I write, nothing will do them justice. Think slow Scottish ballads that recall the castle ghosts of tragic young women, or jigs and reels played so fast that your eyes can hardly keep up. The talent inherent in each musician is just astounding. 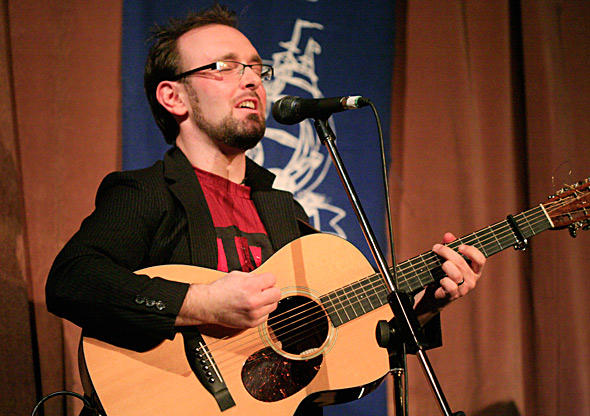 I think Irish and Scottish folk music is something that everyone secretly (or not so secretly) loves, and there's a lively undercurrent of Celtic music and tradition that runs through this city... like the Irish jam sessions that happen every Thursday and Sunday nights at Dora Keough, or Tuesdays at Whelan's Gate. Or even the Scarborough Ceilidhs that friends of mine are always telling me about.

The audience at the Flying Cloud seemed to be mostly regulars, but I never once felt out of place. (Even when a few ladies whipped out balls of yarn and started knitting.) If there'd been dancing in the crowd and the smell of fried food in the air, it would have felt like any dance hall or Irish pub back home. 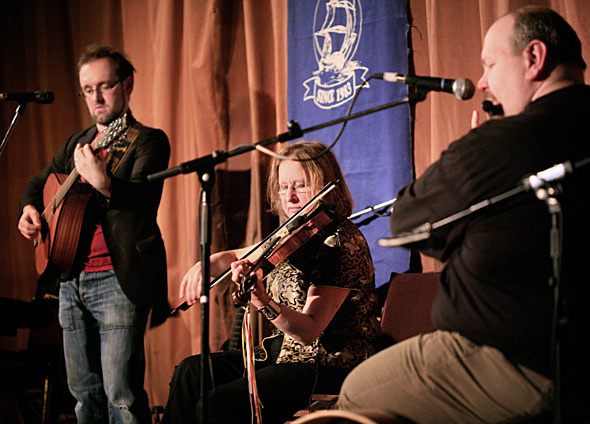 My love of Celtic music stems from growing up in Newfoundland, but it doesn't take one ounce of Irish blood to appreciate this style of music, and the enthusiasm and expertise that both Urban Mermaid and HAWP bring to the genre.