The Lovely Killbots: Quirky and Enigmatic

It feels like I'm always at the Horseshoe. It's not intentional... though it's just a streetcar ride away for me, and it's got a ton of atmosphere. But man, I hate paying almost seven bucks for a bottle of Strongbow. (Yep, I'm a cider drinker.)

Point is, I was there to see the Lovely Killbots, a piano and drum outfit from Toronto. At least, I'm pretty sure they're from Toronto - finding background info on this duo was kind of hard. (Plus, their myspace says they might be robots.) Ryan and Lauralee, who compose the band, played a solid, unique show at the Horseshoe on Tuesday as part of Nu Music Nite. And really, I don't care where I end up, or how much the beer costs: if they're playing, I'm there. 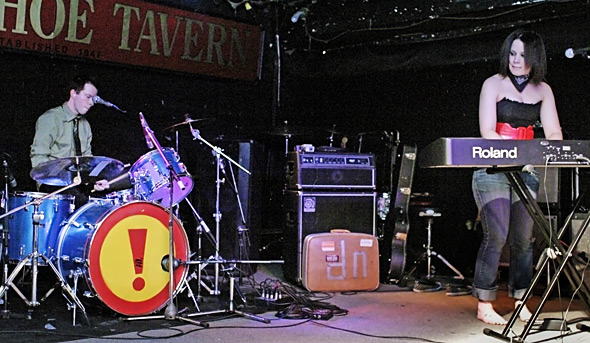 These two are incredibly talented. Lauralee, who is indeed lovely, has a dark, beautiful voice. Combined with her piano playing, each song is elevated into something of an art piece.

The percussion really stood out to me as being key to the performance; it added a measure of complexity that brought the music of the Lovely Killbots to the next level. Ryan is a phenom on drums, blending intricate beats with Lauralee's moody vocals and piano melodies. They've been described before as a "surreal music experiment", (appropriate, considering the band's name), and I'd have to agree. Their sound is something I've never really heard before - it's dramatic, full and rich. It's amazing to watch a two-person band come up with something that sounds so vividly layered.

Primrose Lane, their debut LP, was just recently released, and it comes highly recommended by local media (and me). The Lovely Killbots have two more Toronto dates coming up in April, including one on the 30th at the Boat - make sure you check them out. 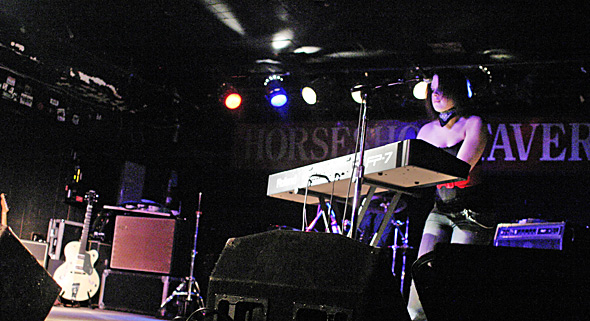