got the crowd moving early, for me, Moses Mayes truly launched that party. Along with Brownman's horn, Jamie Shields sat in on keyboards for the set. Better known as one-third of

the New Deal, Shields produced "Second Ring", Moses Mayes' third full-length release, and his trademark improvised touches fit in here. New tracks from the Mayes boys included "Space and Time" and "Elevate" (which "could have walked off a Jamiroquai set", quoth Blues and Soul -- see "News"). Symphonic swells and wah-wah guitars (reminiscent of "Theme from Shaft"), scrabbling scratches by DJ Grant Paley and Brownman conducting sweet musical traffic (and soaring in his own solos) made for a sweaty, satisifed crowd. 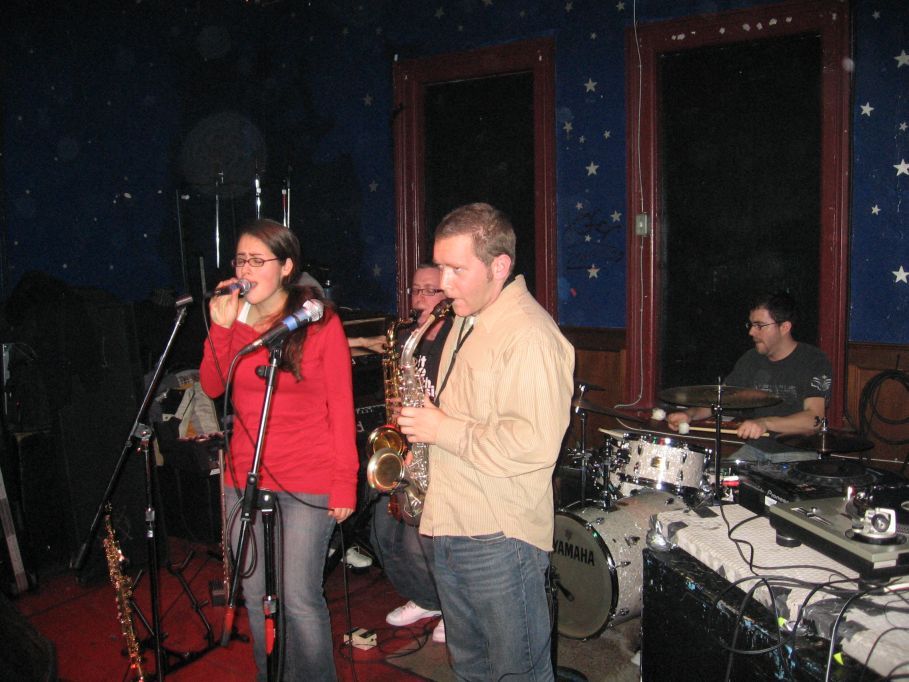 But this packed house came in no small part for their fix of Trickatechnology, and Krafty Kuts delivered with nearly two hours of favourites, from remixed hits (Daft Punk's "Around The World", DJ Shadow's "Organ Donor") to cutting the sound in and out for singalongs (Bob Marley's "Could You Be Loved" and Krafty's own "These Are the Breaks"). 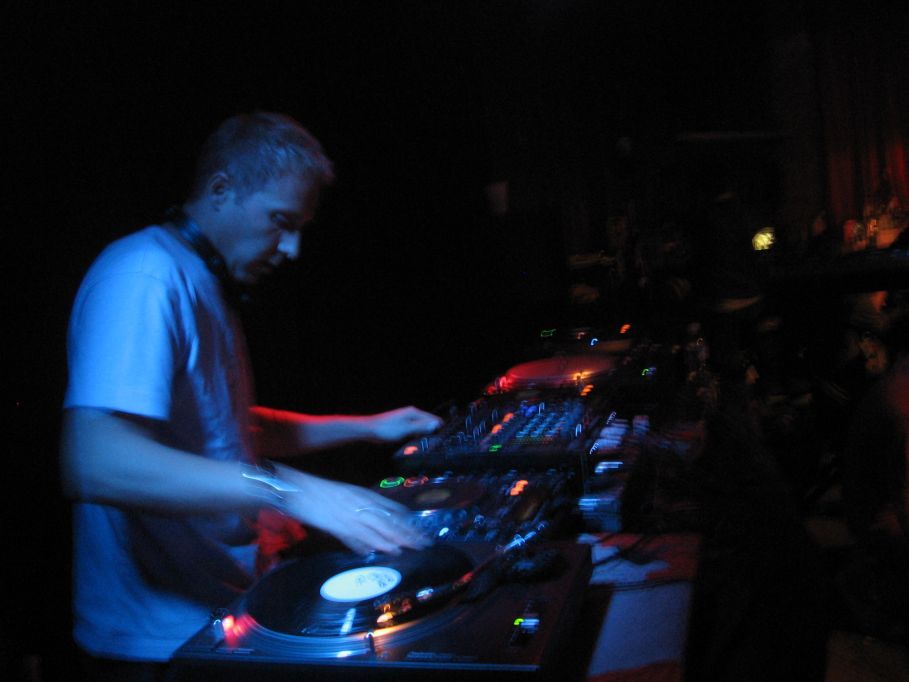 Backstage, Farbsie told me this party (a lively throwdown with a warm atmosphere and just enough room to dance) recalled his first MIF event two years ago at the 360 (R.I.P.).

For his part, Cleary (lightly toasted and friendly) noted he showcases new, mainly Canadian acts "with a high level of musicality ... we don't [provide] a generic experience."

"[It's about] raising the bar and not stopping," Farbsie added, while cries of "hosti" and "tabernac" erupted from the rowdy Montrealers on a nearby couch. "Any genre, any place, just tear it up."

Then we all laughed at the Boxfresh sticker on Cleary's crotch. Hey, it ain't nothin' but a party.

More tag team action in Holy Joe's from DJs Zirca and Doublecross kept the diehard d n'b lovers moving. Meanwhile in the main room, Big League Chu's break-fest appeased the remaining crowd with remixed "TNT" (AC/DC). Bodies were still rockin' and hands still thrown up in the air when I caught myself yawning and grabbed my jacket.

In fact, the only funk-less thing about my night was the tasty shawarma at Queen Falafel (good thing, too). And for this -- for funk in all the right places on a Saturday night in November -- I am thankful.

Larger images by Make It Funky, other images by Sherene Clark (long story about image resizing by me).