Whippersnapper Gallery has moved to a new space , and there's a brand new vision to go along with it. The gallery, now located at the southern tip of Kensington Market at Dundas and Augusta, has big news: during the summer of 2010, it received designation as an artist-run centre, meaning Whippersnapper will receive a small but steady stream of operational funding from the Ontario Arts Council , as opposed to grants on a project-by-project basis.

Along with this funding comes a more focused curatorial vision, which represents a step up from their previous function as a rental space, even if the square footage has decreased rather dramatically (to 130 sq. feet).

Adrian Delenia and Josh Barndt, the gallery's co-directors, have been involved since the beginnings of Whippersnapper's life and its tenure on College Street . Adrian showed paintings in Whippersnapper's very first show, and Josh got involved when he helped renovate the cavernous College Street space into a gallery. They've been part of the gallery's rotating cast of characters ever since.

Standing on the sidewalk, I'm looking at the gallery from an optimum viewing point-- while visitors can enter the gallery during its opening hours, to stand back and take it all in, one must remain outside. Since it's a vitrine-like project space, Whippersnapper wants to show specific kinds of work. "The space will force itself on anything that's placed in it," says Adrian, "so we want to exhibit works that consider the space," explaining that programming for the coming year centres around site-sensitive art, installations, video projections, and other media that work with the space's constraints.

Though it's small, it packs a big visual punch, and reflects a growing trend of window galleries like Convenience Gallery and Roadside Attractions . There's a bigger audience simply by having the art visible from the street. The huge amount of pedestrian traffic helps, too: without having to enter the gallery, most passers-by slow down to look into the window. 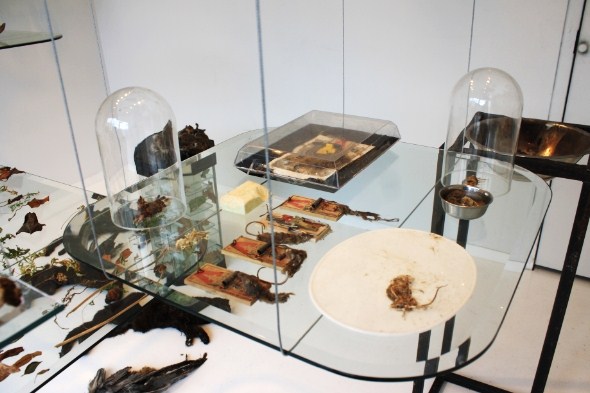 One carryover from the old Whippersnapper Gallery is their mandate to show the work of "emerging" or "new generation" artists-- many art students had their first off-campus shows at 587A College Street. The new space will also exhibit work by artists under 30, and Whippersnapper is most interested in avant-garde practices.

The plans are to do eight exhibitions per year, a major scaling-back of programming. Josh estimates that the old gallery showed work by about 20 different artists, every two weeks or so, for four and a half years. Reminiscing about this old way of working, Adrian explains that being a constantly rotating showcase made relationship building almost impossible. Now, they're particularly interested in forming genuine relationships with artists, hoping a deeper understanding of the work will help them present it in the best possible way. 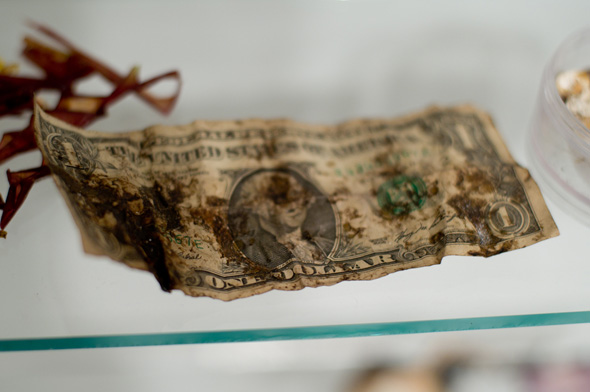 Complementing the tiny space, and fitting right in with their newly focused attitude, is Whippersnapper's extensive online component for each exhibition, which features a critical text, photo and video documentation of the installed work, and video interviews with the artist. It's intended to ramp up the level of viewer engagement, and is exemplary for how galleries can use the internet.

The other limitation of the small space is that Whippersnapper's famous social functions can no longer fit in the gallery. From rambunctious opening parties, to music shows and other offshoot events, the space became known as a spot where fun things happened, for better or for worse. Adrian explained that the gallery sometimes found it hard to be taken seriously by others when the focus wasn't always on the art. And, there had been a maturing process: "When we were 21 and starting out with Whippersnapper, we wanted to experience art in a fun and social way. After a few years of that, we began to look for the gallery's next step." 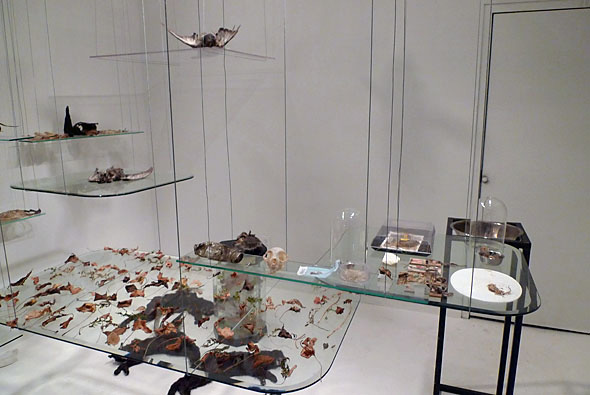 Josh stresses that the special events aren't over for Whippersnapper, but it made sense to separate them from the art. Off-site programming is in the works, and as the gallery gets to know its new neighbours and peers, they hope to do collaborations in the future. The Kensington scene is known for having its own flavour, and it seems that Whippersnapper will not only fit right in-- it may have found its spiritual home. 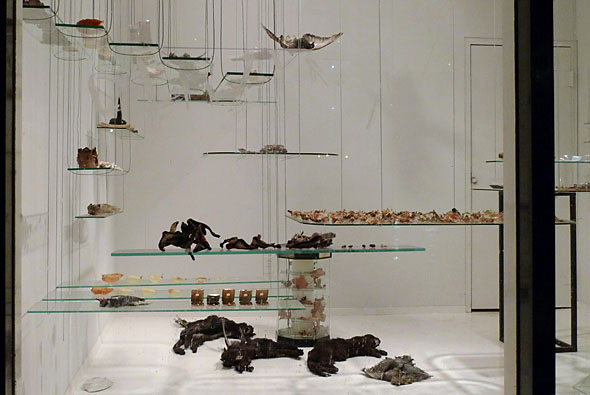 Writing by Elena Potter. Photographs by the author, Whippersnapper Gallery and Istoica .