Trinity Square Video is Toronto's long-running centre for all things video art. Beginning in a basement in downtown's Trinity Square in 1971, the centre has retained its original name and purpose throughout its many moves, and is now located in the art hub of 401 Richmond.

Since its first appearances in the 1960's, video art has never been an art form for the masses. Often hard to find, politically-charged, or highly experimental, one doesn't necessarily envision the large crowds or public acclaim that follow the city's eminent photographers or painters. For executive director Roy Mitchell, the centre's purpose is simple and consistent: "We are here for artists--to help them create video work and create discourse around video art." 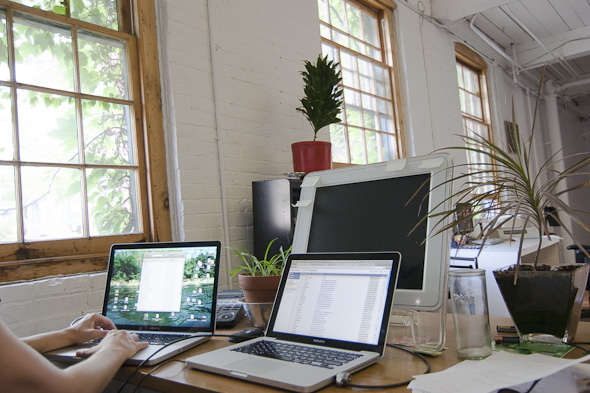 For Trinity, this has meant offering a diverse roster of workshops, lectures, residencies, and screenings to ensure that video artists get their work displayed and, most importantly, paid for. Partnerships with festivals such as the Reel Asian International Film Festival , ImaginNATIVE , Images Festival , and TIFF have also raised the centre's profile, and it's clear that the city's video art scene is now on a definite upswing as a result of its efforts. 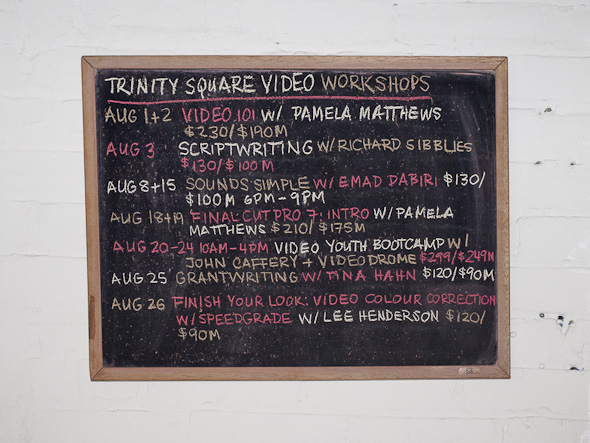 To encourage video art's production, Trinity Square's primary focus is on its wide roster of workshops. Whether it's "Acting 101," "Panasonic AG-HVX200 Camcorder," or the Video Youth Bootcamp for students aged 13-19, the centre has a class for every skill level and interest, and all at an artist-friendly price point. Classes are always taught by fellow Trinity members, as a way to further ensure that participating artists are able to earn a consistent income from their practice. As Mitchell says, "The thing about artist-run culture is that you actually want to make art happen." 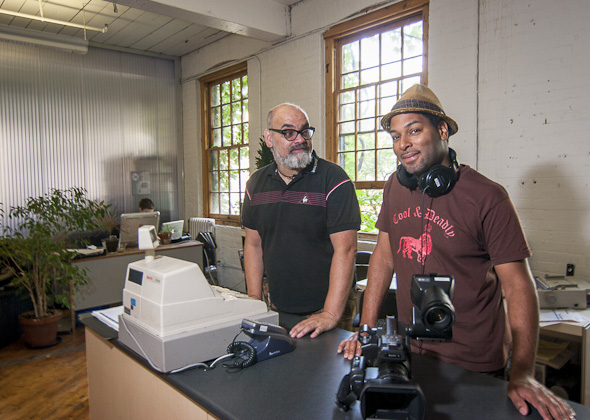 This distance from the purely capitalist gallery system is crucial to the centre's identity, as Trinity has always been a bastion of alternative viewpoints. "We started off as artists and activists...forty years ago, it was the beginning of identity politics. The queer community, women, people of colour-- they were all saying they weren't represented. That ethic still works at Trinity, and still is part of how we move ahead. It's a different world than 40 years ago, but we still like to have a certain perspective. Sometimes it's conceptual, sometimes it's flat-on political."

But this political bent doesn't solely focus on the individual. The entire Toronto arts community has faced funding cuts in recent years, and artists have frequently used their work to comment on these changes. As Mitchell puts it, "We're such a small piece of the pie that it doesn't really make sense to cut us." Whether it's the anti-Ford buttons he sells in Kensington Market , or the makeshift trophy he presented to Ford at last year's marathon public meetings, he's noticed first-hand the effect that such creative energy can have. "That's why I like the arts, you do one little thing creatively and people are like 'wow.' It's not that hard!" 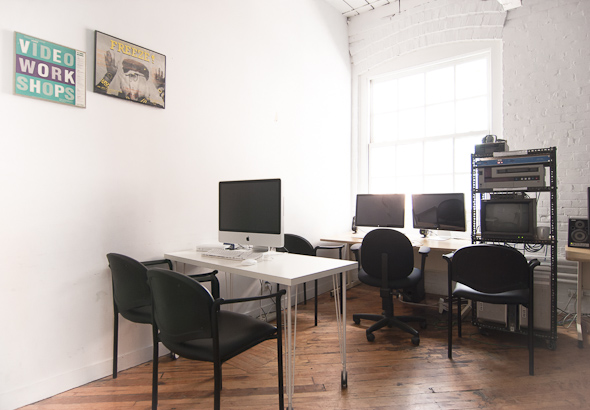 It's now even easier to express this creativity, thanks to the rapid developments in video technology which have given sophisticated recording capabilities to the average cell phone user. "It's not like painting. No one's going to say 'My god, there's a new acrylic painting out there.' They're going to say 'there's a new camera, which means I need a new software, which means a new computer.'"

Paintbrushes aren't going to be evolving, but digital media is going to be evolving all the time," says Mitchell. So while the increased democratization of video has increased the pool of possible video artists, it's also ironically depleted the sense of artistic community that is crucial for sustaining that output, as artists rely on their own technology instead of renting from centres like Trinity. In response, Trinity has had to up the ante on their workshops, privileging education over rentals. 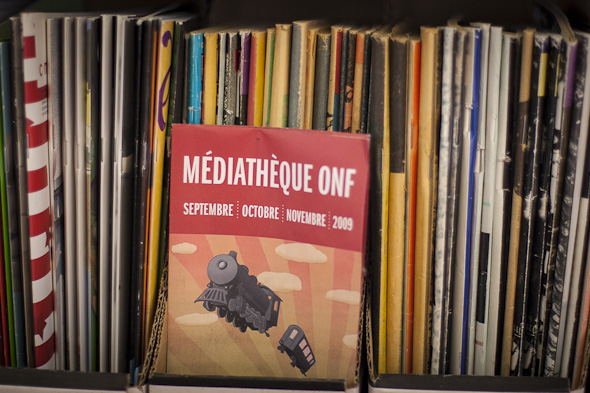 As Mitchell says, "There's always someone who knows more than you in video. That's what nice about Trinity, there's staff that people can actually phone and say what 'compression should I use?" Thus, Trinity is able to assist artists from their project's conception, all the way to its display and storage, resulting in an accessible and collaborative artistic environment. Ultimately, "the intention is not only to occupy the gallery space, but also to activate it."