Neubacher Shor Contemporary (NSC) is only officially launching this month, but it's already a hive of activity. When I visited late afternoon the Friday before the official launch party, there were several people coming and going from the back-alley Parkdale space, working on the launch preparations, touring the space for future endeavours, or just saying hello.

Although the space proudly retains the exposed brick and ductwork of its days as a windowless warehouse, the gallery's business is anything but gritty. The joint venture of partners Manny Neubacher and Anya Shor, NSC operates as an art gallery and event venue. Sure , I thought on my way to the Brock Ave location, any gallery could call itself an event space if it were big enough , but NSC's not kidding around: in addition to an impressive 3000-square foot exhibition area, the gallery has found room for a full catering kitchen. They're officially partnered with Eatertainment, one of the city's most high-profile caterers. 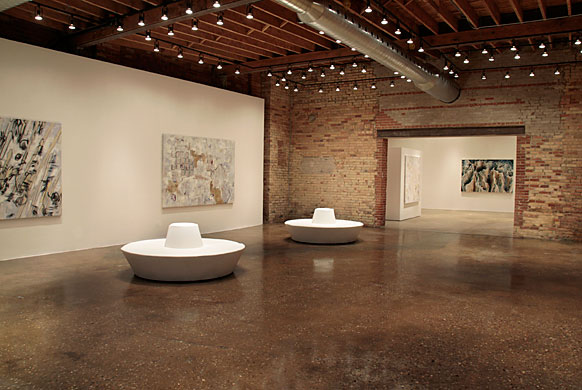 Not to be outdone by the event aspect, though, the artwork gets its own innovative share of the space. Four blocky movable walls in the gallery's second room provide additional wall space. They also function as storage for the larger works that aren't currently on display. "We like the idea that we can morph the space," says Neubacher of the flexibility offered by the wall sections. 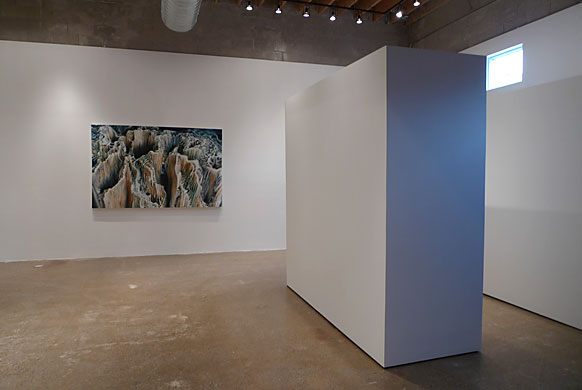 Neubacher himself isn't a newcomer to the art world, having owned and operated Gallery Neubacher near Yonge and Bloor from 2004-2008. But after a two-year hiatus following the closing of this space, he and Shor were ready to jump back into the gallery business. He describes the gallery's vision as "Canadian contemporary," representing almost exclusively Canadian artists, and he usually sticks to a gut feeling to select artwork for the gallery. Painting and photography are the gallery's mainstays, but they are also looking to branch out into live cinema and video art. 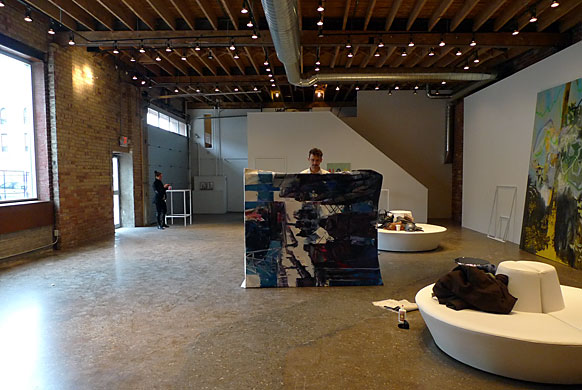 The idea of combining the art space with events was partly inspired by the size of the "gallery." Although they were initially looking for a smaller space, the ceiling height and original finishes at 5 Brock were too good to pass up. After extensive renovations, including the aforementioned kitchen and movable walls, the space has gallery-ready track lighting, and white walls interspersed with the gritty brick. Neubacher boasts the gallery's capaciousness as a benefit for the events side of the business, known as "NSC The Venue." 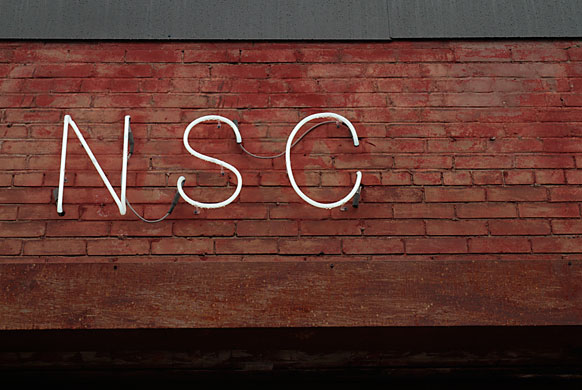 While the term "events" is rather vague, Neubacher assures me that NSC is unlikely to become "the kind of place where you go every Friday any pay a $10 cover." The events will run the gamut from the usual exhibition openings and artist talks, to musical or cinematic performances, fashion shows, or film screenings--in Neubacher's mind, these worlds are all related. NSC isn't shying away from private parties and wedding receptions, either. Neubacher says the marriage of events and contemporary art is about creating reasons to go to the gallery, and always having something going on--what he calls "life in the space." Good thing it already seems to be full of life. 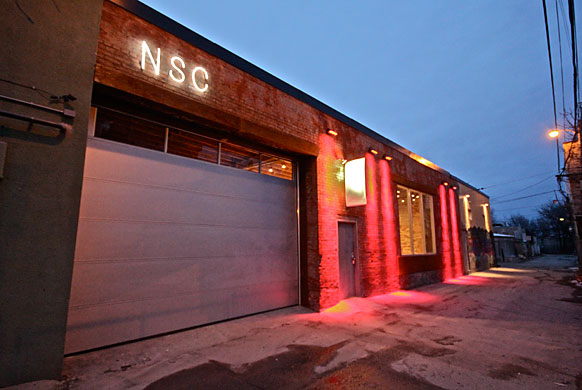