Meredith Keith Gallery is located in a friendly clutch of artistic small businesses at the western reach of Dundas West . Although it's only been open since November 2010, Keith has already found a stride in her bustling new neighbourhood. "This is where things are happening," she says of the arts scene in the area.

The space is bright, mainly window-lit, and wider than the average skinny storefront, giving exhibitions more breathing room, and allowing viewers to take a step back from the works-- a major plus for large-scale pieces like the big paintings on display when I visit, which are accompanied by several modestly-sized watercolours, all the work of Michael Lewis. The exhibitions are presented in a stripped-down way, without labels on the walls. Instead, an information sheet is visible on the door on the way in to the space, and the gregarious Keith is present and available for comments. 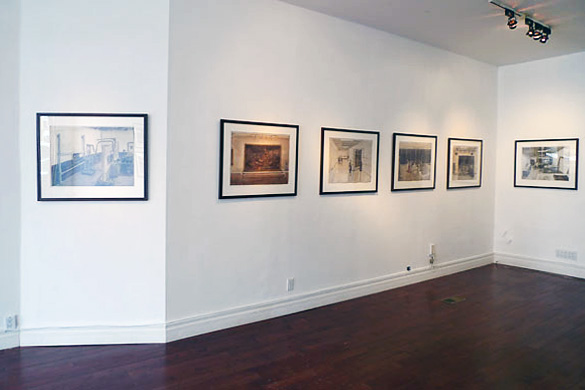 The eponymous gallery isn't Keith's maiden voyage into the art world, but it was a circuitous journey that brought her there. A native of Nova Scotia, Keith says she first got interested in art while studying literature in Ottawa-- her roommate happened to be an artist, and as a result she got an insider introduction to the art student scene. She felt at home, so began to spend a lot of time in galleries around town, and picked up a few art history courses as well. She ended up in small business management, focusing on ecologically-sustainable business practices, but didn't cut herself off from the art world, and eventually moved to Toronto. "Since I've lived in here, I've been managing small businesses and hanging out with artists." Deciding to bring these two elements together, in 2006 Keith and longtime friend Heather Landymore opened Landymore Keith Contemporary Art at 800 Dundas West.

The gallery's two-year tenure there was good and bad. "There was construction on that block, on and off, for two years," says Keith incredulously. Even so, the gallery got a fair amount of attention. At the time, local media were trumpeting the renaissance of Dundas West, particularly around Bathurst and westward. With new businesses-- cafes, bars, artisans' workshops, home decor stores-- opening up, Landymore Keith Contemporary Art benefited from the press that the area was receiving. "But then nobody could get to the show, since the sidewalks were all torn up," sighs Kieth. That situation was ultimately what drove the partners to part ways, and the gallery to close its doors in 2008. 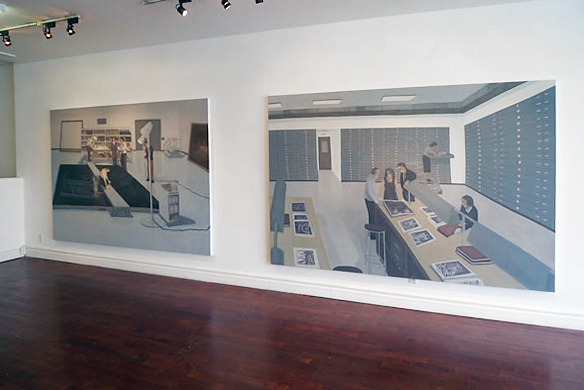 When Keith decided to go it alone, the appeal of Dundas Street was undeniable. "It's a happening place with a supportive community. Last time I was on Dundas, it was the same. That's why I wanted to come back-- I like it here," explains Keith. And although this latest venture is new, she's not starting from scratch. The gallery represents photographer Dianne Davis, whose work was first exhibited at Landymore Keith back in 2008. 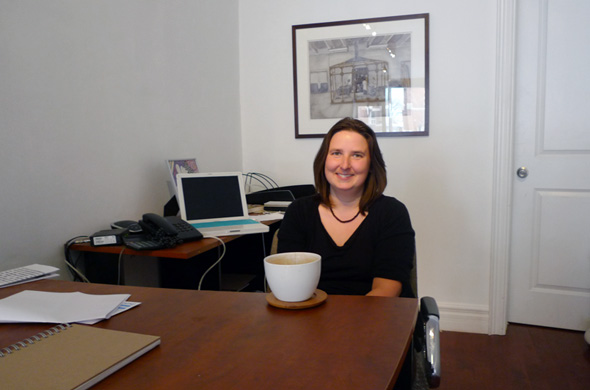 The gallery shows a mix of different kinds of work, not specifically mandated toward one medium or another. Keith's modest roster of artists includes two photographers, three painters, and a sculptor. Rounding out the gallery's schedule is a new exhibition by Tania Love up next, participation in this coming spring's CONTACT Photography Festival, and plans to feature more installation pieces. Keith's previous work with ecological sustainability in business is also informing her gallery's vision-- she has plans to feature more artists working with eco-friendly materials, low-impact paints, and reclaimed objects. Even the current exhibition of paintings uses natural pigments in the watercolour works, and the pieces are framed using sustainably-sourced wood from the gallery's neighbour, Structure Framing.

For Keith, the most important element in the gallery's vision is the artist's sincerity. "I'm interested in artists who follow their own inspirations; I'm not so interested in trends," she explains. Still, she acknowledges the importance, as a gallerist, of having a watchful eye. While the gallery doesn't currently have a formal submission process, she welcomes artists sending images or links by email on an ongoing basis. "I always keep my eyes peeled. I know some places don't do submissions at all and just go to fairs and exhibitions.. but you never know, you could miss something exceptional."