Some random signs that we are in the midst of a recession: the sale of cheap booze is on the rise, the sanctity of free market capitalism is undergoing serious scrutiny, it seems to rain more, every second advertisement contains the phrase "in these tough economic times," Kraft Diner is no longer a novelty, coupons are actually put to use instead of disintegrating in people's wallets, and amongst other things, art galleries are forced to reinvent themselves as a means of self-preservation. 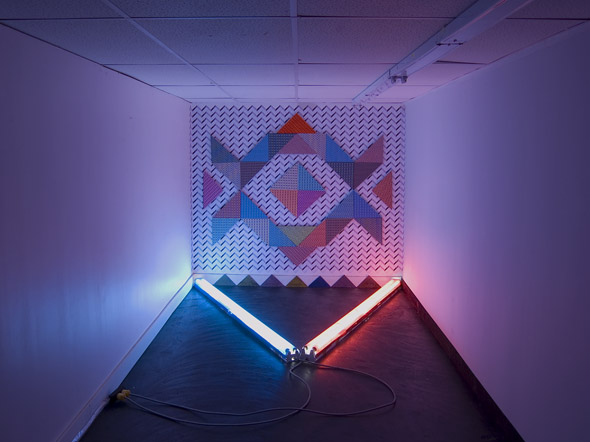 Though I've been told by more than one source that art sales have yet to plummet during our economy's deep-freeze, I don't really buy it. All philosophical arguments aside, on a pragmatic level, artwork is almost unanimously considered to be a luxury item. And luxury items are the first ones that get tossed when people feel the pinch. So, what are owners of independent galleries to do? Well, during my recent visit to Keep Six Gallery, the owner, Rafi Ghanaghounian, explained his plan to keep his space viable post-economic meltdown. 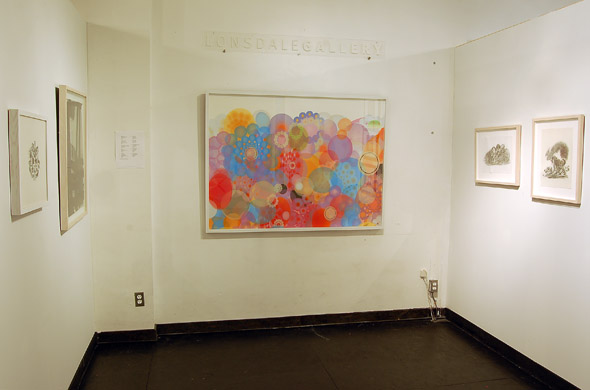 Keep Six originally opened on Bathurst in between Dupont and Bloor just over a year ago. At that time it was a large (approx. 1000 square foot) and very open space, the sheer size of which Rafi admits intimidated some of his artists. Fast forward to cash-strapped 2009, and it became clear that there was a better way to organize his space. After a torrid renovation, the gallery re-opened February 10th. The idea is a simple one: Rafi broke his big gallery into a series of five smaller ones , each of which is around 150 square feet (with the exception of the basement space, which is larger). That sounds small, but having taken a look at them, I can testify to the fact that they are a good size, particularly for emerging artists. Rafi calls these individual units "exhibition project spaces" (or EPSs for short). The obvious advantage to this use of the space is that each EPS is far more affordable than it was to rent the entire gallery (i.e. between $550-650 a month). Not only that, these rooms can be used as workspaces for those artists and designers who, like me, need to get out of the house to do any work at all. Those rates aren't bad when you consider that the gallery takes no commission on works sold. 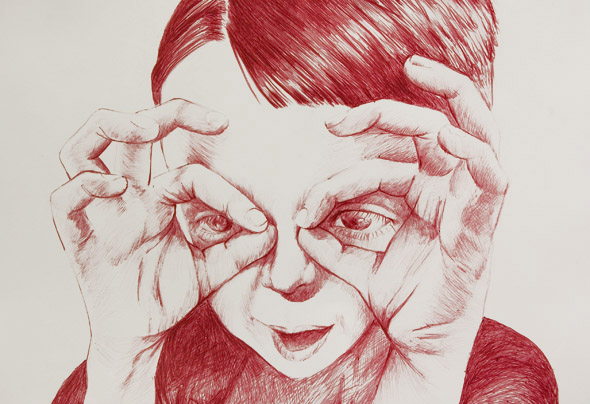 The focus at Keep Six is contemporary artwork in a variety of media, but it would be fair to say that the new space caters to students, recent art school graduates, and up and comers in general. For more established artists, Rafi reserves the main gallery at the front of the building (visible from Bathurst Street). There is also a pronounced interest in those exhibitions that explore the interconnections between art and design, a personal interest of Rafi's, who brings his curatorial skills to bear on the projects that people propose to display at Keep Six. 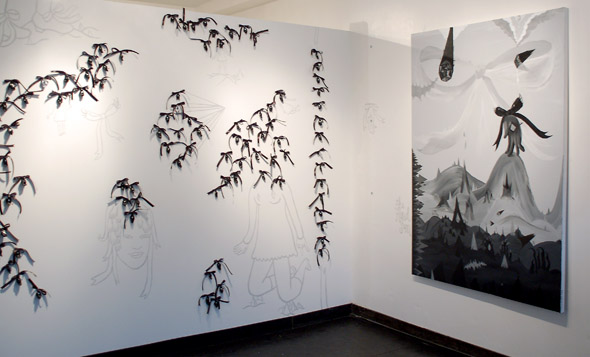 It remains to be seen, of course, whether or not the new configuration at Keep Six will help it through the recession. But there is an obvious logic to keeping the space affordable. Inexpensive space means that much of the work for sale is within reach. From my standpoint, that really is the only way to ensure that people keep buying art through these, as the advertisers call them, "tough economic times." 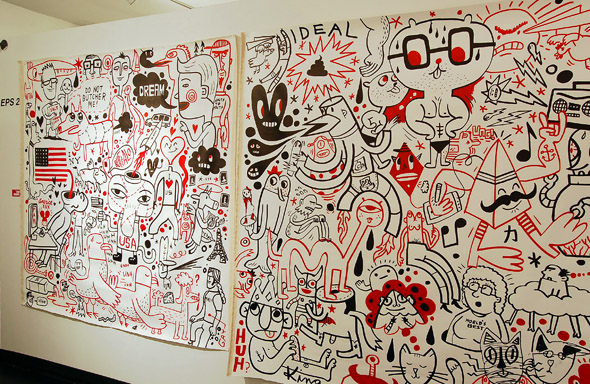 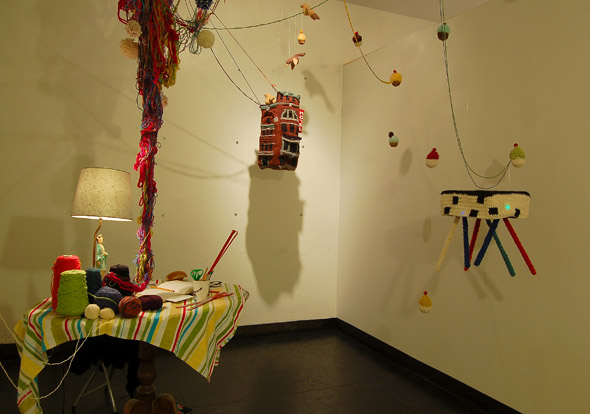 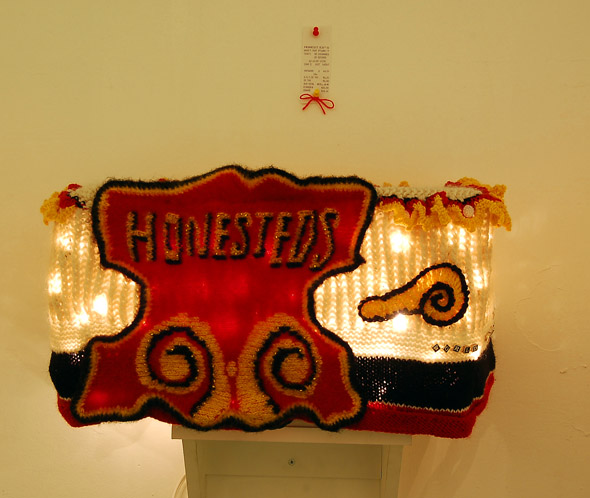