Industtrees is a tough space to pin down. Like Art Metropole , the Department , and Studio Gallery (to name only a few) it's a dual purpose project. This, however, is where the similarities end. Both a gallery space and a retail location, Industtrees has carved out its own niche since opening over the summer.

Owned and operated by Mark Di Giovanni, Cameron Kowalchuck and Patrick Guilbault, the small size of the space -- only 340 square-feet -- is its chief characteristic. But beyond this, other factors like its location, the rare retail items carried and the way the owners conduct their exhibitions also go a long way toward setting Industtrees apart from other spaces around the city. 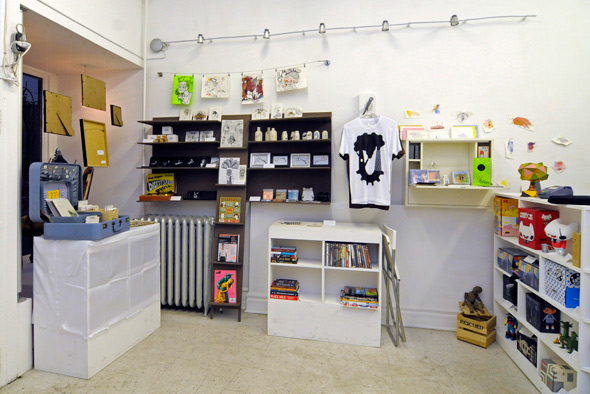 Although there are a number of other galleries within walking distance of Industtrees -- DeLeon White, the Mercer Union and the aforementioned Department are the closest -- this section of College (just east of Lansdowne) has yet to develop a gallery scene. And yet, as Patrick explained to me, there are loads of artists who live and have studios in the mostly affordable area.

So when he and his two partners (all three of whom also live in the area), were looking for a space to open a sort of cultural centre, they wanted to stay close to home and show their area a little love. When the quaint storefront at 1234 College St. (yes, that's the actual address!) became available, they knew it was a winner. Manageable from both a financial and curatorial standpoint, the owners are encouraged by the community support they've already received. Not only did they sell out their first show, but they have a following of regulars who make it a point to attend shows/events and who often drop by to say hello and inquire about recently acquired products. 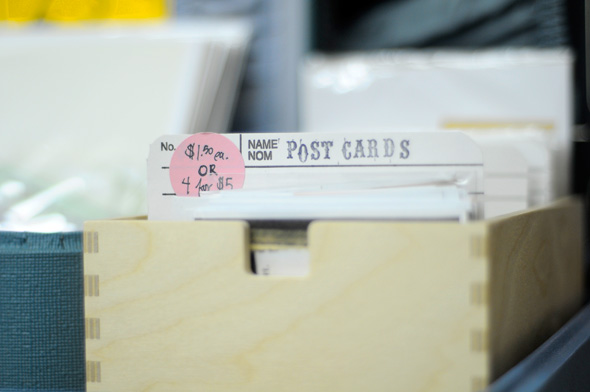 Amongst the reasons for this relatively quick following, I would venture that the plan to keep the gallery side of the operation active by turning over exhibitions every month is key. Openings and events are what bring people to a space, and it's thus important to have them with frequency in the early going. And while four week runs are pretty standard for gallery exhibitions, I've noticed a number of these dual purpose spaces struggle to keep the art turning over.

On the retail side of things, the trio continue to curate quirky and tough-to-find items. Here you'll find anything from thingamagoops to obscure DVDs and a lot of little things in between. When asked what the directive behind their sourcing is, the owners all agree that what they're after is generally handmade and/or high quality items that aren't carried anywhere else in the city. How do they find such things? Hours upon hours of internet searching, I'm told. 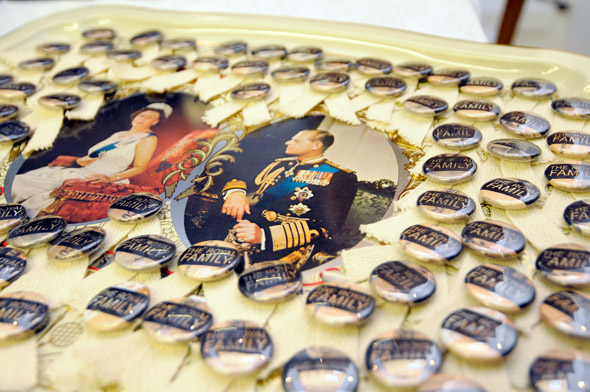 A pragmatist might take issue with these items' lack of use-value, but I prefer to look at the art and the products at Industtrees as two sides of the same coin. Sure many of these items are knick knacky, but that's what makes them art objects in and of themselves. And unlike those items that one would find at small town antique stores, these are downright cool.

Based on the early success of this venture in what's still a pretty shaky economy, I get the sense that we might be seeing a number of similar spaces/projects popping up in the coming year. And if the micro-gallery is indeed a trend to come, then Industtrees will certainly be able to take some credit for its rise 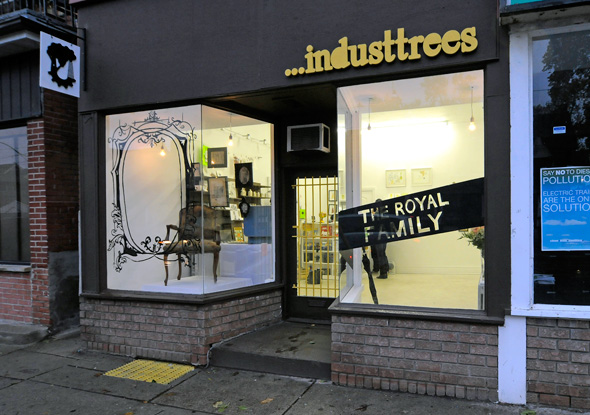