Halo Halo Village is a place I've been meaning to investigate for a couple of months now. Pronounced "Hollow Hollow", the unique space was founded by artists Jeff Garcia and Jan Avendano .

Jeff and Jan meet me at the studio on a Wednesday afternoon. My tour begins outside in the garden where vegetables, books and videocassettes are planted. The garden has been warmly received by the community- although Jeff tells me about a time when the city issued a notice about a similar garden- calling it a "collection of debris". 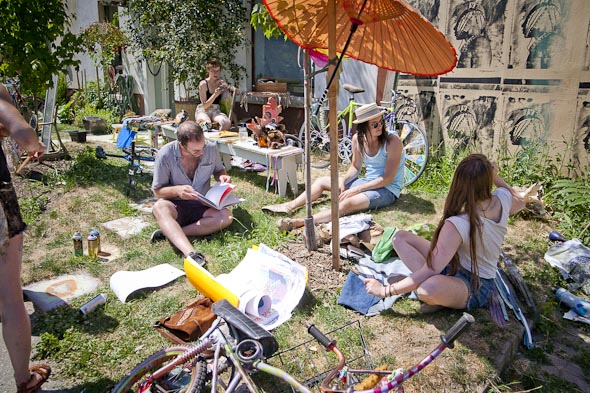 The patterned wall next to the garden is a constantly evolving canvas. Beside the wall, a plant installation grows in a glass display window. I ask Jeff and Jan how they would describe the installation, and they laugh as if I'm joking. 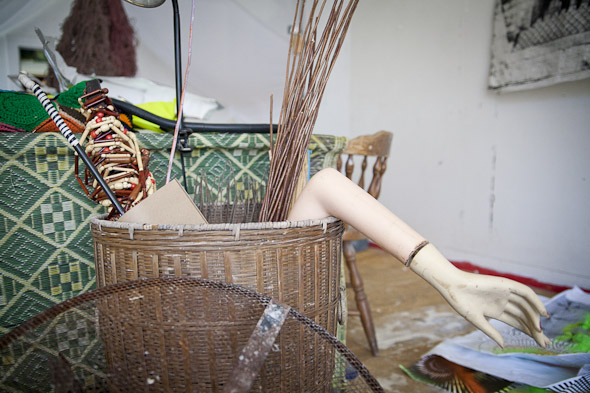 Halo Halo Village is an open space that showcases the art of creating, rather than an end product. They host workshops, screen-printing classes, artist residencies and personal projects. 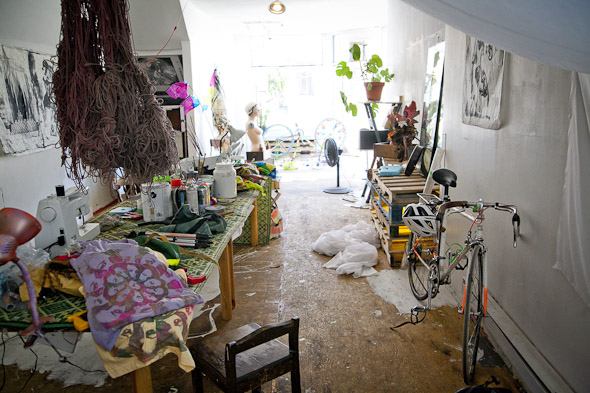 After exploring outside, we walk into the Sari Sari Salon, which means variety variety . This room is inspired by a trip to the Philippines, and it's all about discussion, generating ideas, and food. Jeff tells me he doesn't care about what he's created once it's done, but that the process of creating is what's important here. 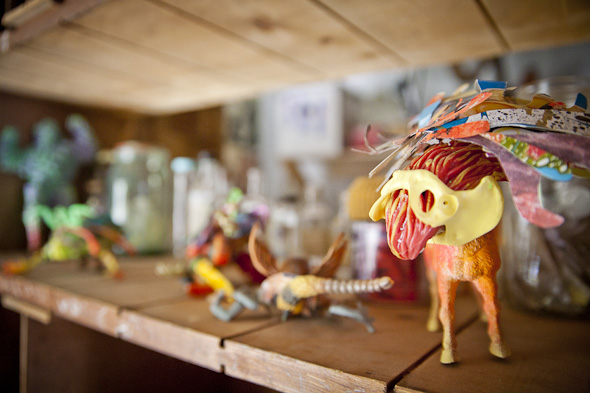 "This whole place is built on garbage," Jeff tells me. Seashells dangle beside Jan's head, and mirrors reflect sunlight onto a wall made of recycled grocery store crates. The room feels like a cave; the sort of fort that children dream of.

Jeff and Jan assure me that it's okay to call the space a studio, although they refer to it as an earthship, an exploratory zone and a satellite. 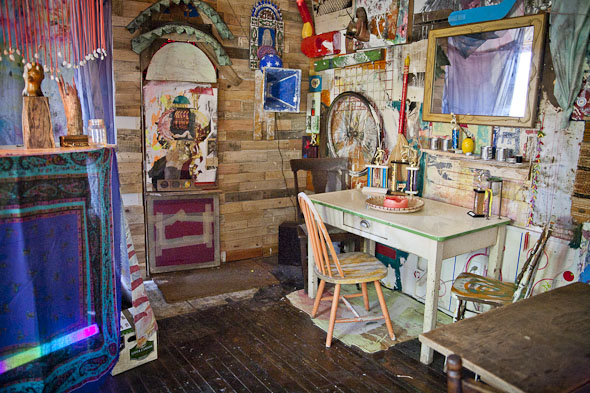 Next we explore the "corporate office", which looks like the set of a children's TV show has collided with a rainbow. The door of the office is a secret entrance behind a bookshelf of plastic animals and assorted literature. 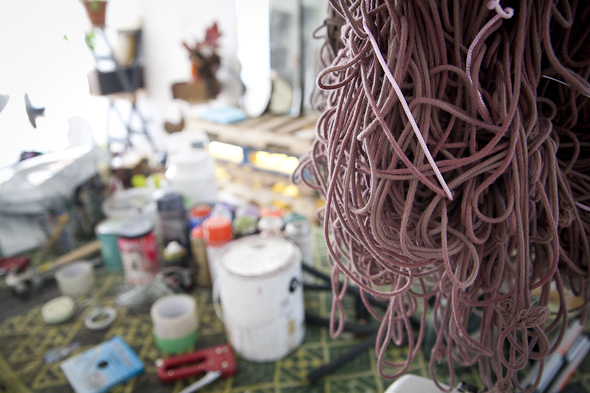 The main studio space hosts workshops, installations, and a camera that takes photos every 5 minutes. Jeff tells me the space was "a blank slate with laminate flooring" when they first moved in.

The founders met when Jan took one of Jeff's screen-printing classes at 401 Richmond several years ago. 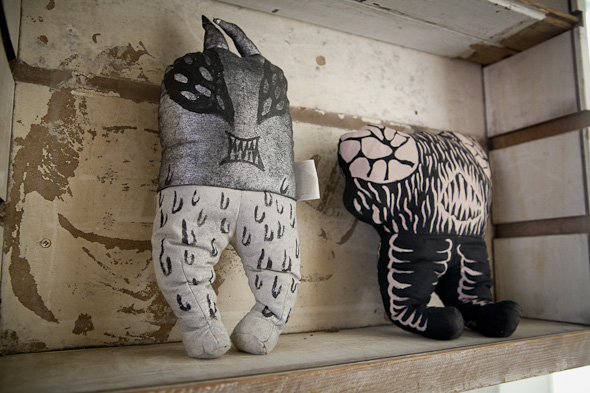 Jeff, Jan and Andrew Zukerman started Halo Halo Garage in 2009 at Dufferin and Davenport. This studio on Christie is a continuation of the Garage.

After exploring the main floor, we climb down a collaged stairway. The basement is full of treasures from garbage night, ripped up flooring, and a large rainbow skull. It will eventually be a museum of found objects. The low ceilings give it an old school hip-hop vibe. Jeff talks about attaching paintbrushes to people's heads so they can paint on the ceiling. 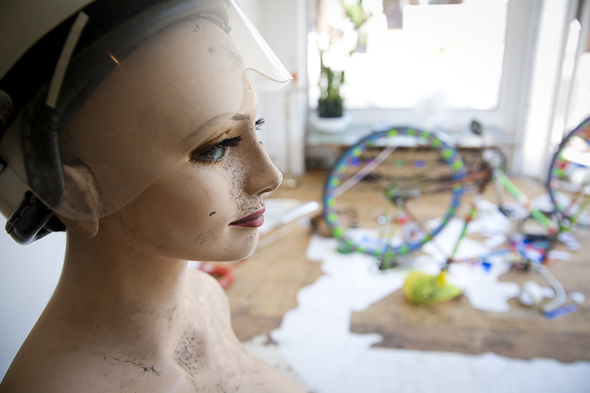 I ask about the skull. "A couple kids painted it," he says, as if children often paint skulls with rainbow paint at Halo Halo Village.

VCR Dungeon was the studio's first public event. The space was transformed into a tribute to all things analog. Jeff mentions that they'll be featuring electronic artists from Belgium and Montreal in upcoming events. 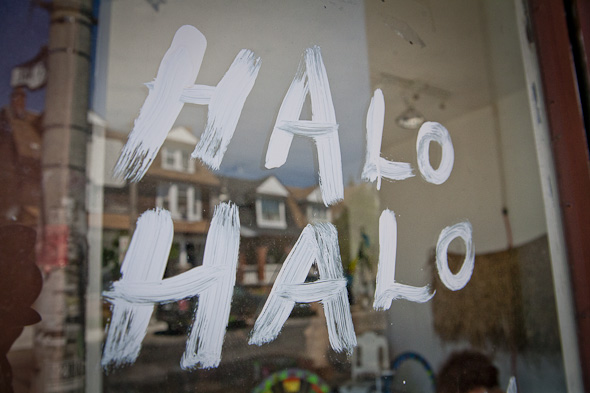