Site 3 coLaboratory brings back memories of 1984. If you recall, 1984 saw geek culture take a turn for the better when the archetypal 80's film Revenge of the Nerds was released. And since the 80's, a decade which was oft represented by brainless "cool kids," like Chip and Pepper, fringe geeks have become central to our zeitgeist, responsible for such pivotal global developments as, ummm, the internet. 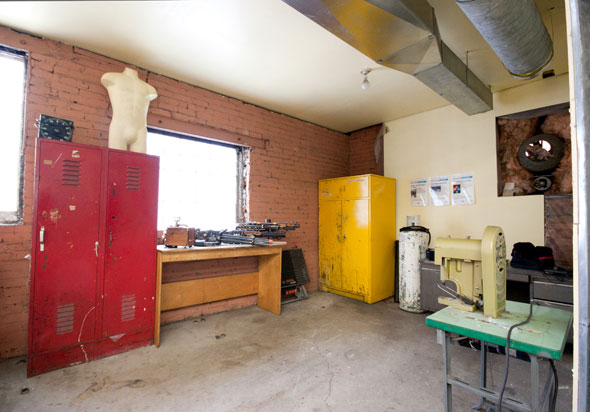 Although geeks are at the forefront of our ever-evolving sense of modernity, Jonathan Guberman of Site 3 coLaboratory insists that geeks still need a private space to gather. So Site 3 is a kind of geeks-only club that has the non-exclusionary purpose of letting plebes in on the way of the geek - to seamlessly fuse the worlds of art and technology by way of education. 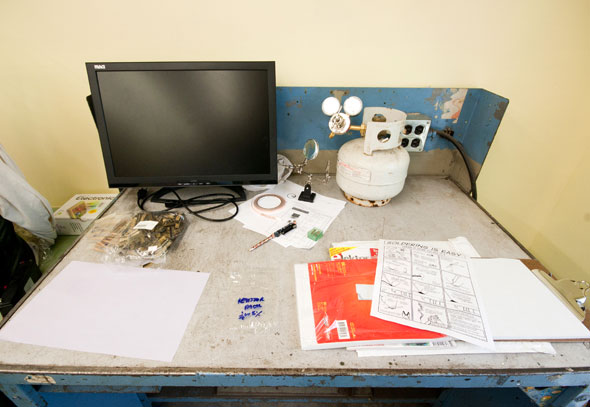 When I sat down with Jonathan to discuss the goings-on of Site 3, abashedly I had to confess that I was so unaware of geekdom that I could only guess that members, who pay $100 a month for unlimited use of the facility, sit around and build tiny little robots. Oddly, this conjecture was correct. 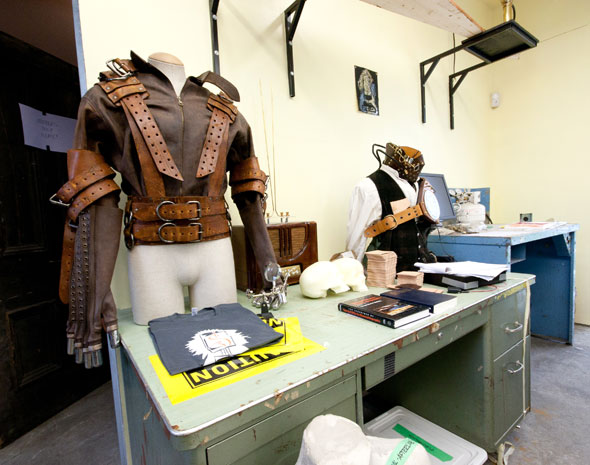 Walking through the studio space, it's easy to stumble upon anything from a medieval style leather bodice that lights up and moves to a pyrokinetic sculpture to a pile of untapped circuit boards desperate for programming. And though, the varying members of Site 3 spend time on discovering ways to artfully construct things like Limor Fried -inspired kits and Conway's Game of Life - a cross between Lite-Brite and a checkerboard and, according to Guberman, "an elemental example of the ways in which a simple set of rules can create complex patterns" - the main focus of the coLaboratory is public erudition, or, more simply put, making ignoramuses, such as I, less dumb.

As Site 3 develops, the workshop roster will extend far beyond its current offerings, which has an enlightening array of classes that includes: how to create lo-fi music from old-school Gameboys, introduction to stained glass, introduction to electronics, introduction to Arduino - the goto for multimedia artists - and more. 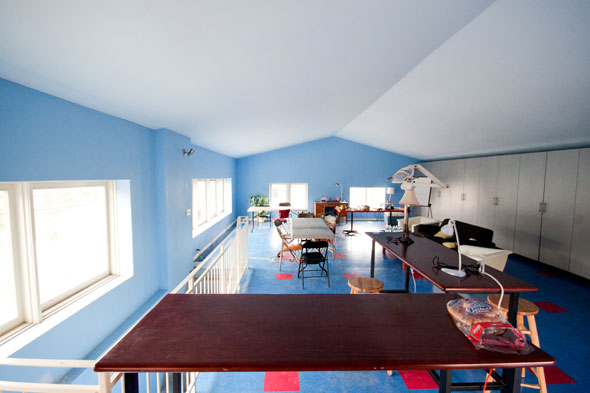 If nothing else, Site 3 - an electrifying portal into a very specialized world - will impel the layperson to ask himself a crucial question that full-time molecular biologist, Guberman, often poses to nerd-naysayers: "What are you doing with your spare time?" 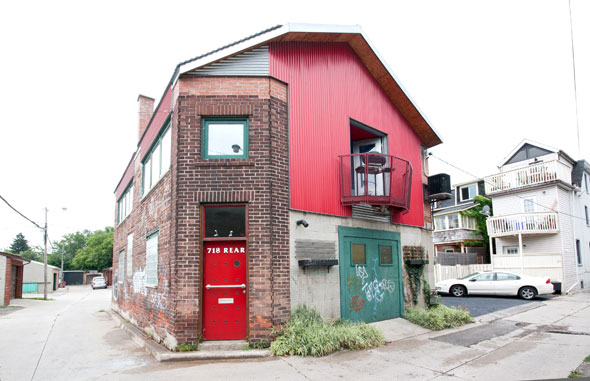