General Hardware Contemporary really did used to be an old hardware shop, but you'd barely know it from the chic interior. Gallery director Niki Dracos, a 20-year veteran of the advertising and design business, acquired the Parkdale space several years ago, and opened the gallery in October 2010, after three years of overhaul, renovations, and planning. Having often dreamed of running a gallery, the former designer and art director was encouraged by the enthusiasm of her husband and friends, many of whom are artists.

Always drawn to the neighbourhood's eclectic community, Dracos found the old hardware store for sale at 1520 Queen West, and "something just felt right." The entire space was full of old hardware and junk, and though Dracos tidied and polished it up, she was able to preserve the character of the space, even using some of the old drawers and boxes to furnish the gallery: an old safe on the main floor serves as a side table with information about the artists. "The shop had a good story and good bones," says Dracos, and it was successfully converted into a clean, artful space. 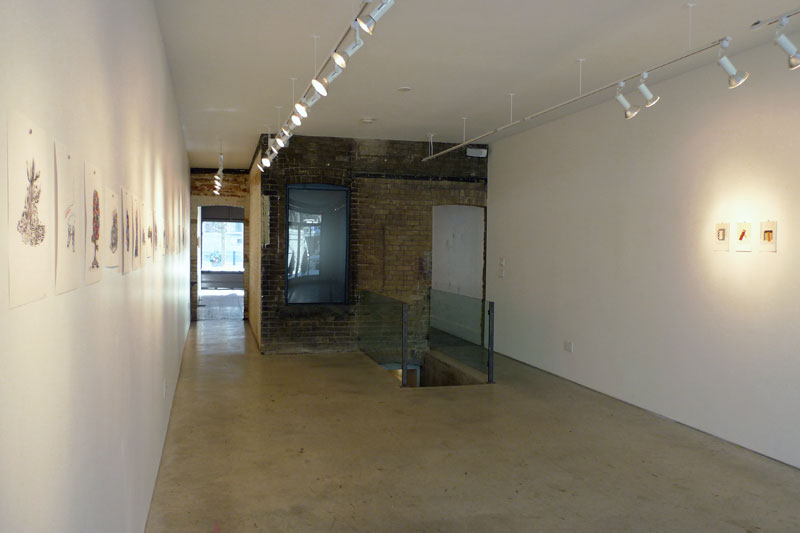 The front room is rustic, with exposed brick, wood ceiling beams, and a sunny window seat, while the back room has the austere look of a traditional gallery, featuring two long walls and a sliding glass door to the outdoor patio. Dividing the two rooms is the shop's original exterior wall, which holds a built-in bookcase on its reverse side. A charming basement cubby currently houses small illustrations and a large-scale painting, though eventually Dracos wants to transform it into an intimate screening room, with film and video art playing continuously. 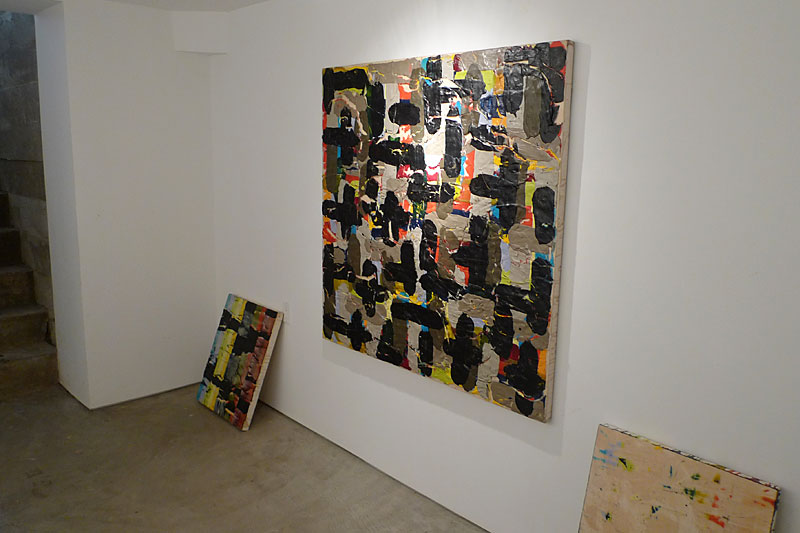 The gallery exhibits work by a mix of established and emerging artists. Dracos says this helps create a supportive environment where the artists can exchange ideas or work together, and it makes her job easier and more fun. "I don't want to pigeonhole myself," she says of the gallery's broad direction. This applies to media too: while Dracos herself is most excited by painting, and that's the focus at General Hardware, it's not limited. "Most of the artists I represent are painters, but they also make video art, installations, drawings, all kinds of other work," she explains, believing it's a reflection of the way many artists are working now, and therefore her gallery follows suit.

Like many gallerists, she's constantly looking at exhibitions in galleries and fairs, and finds most of the work through her own research, word of mouth, and studio visits. "I have to love the artwork, but I also have to connect with the person," she says. 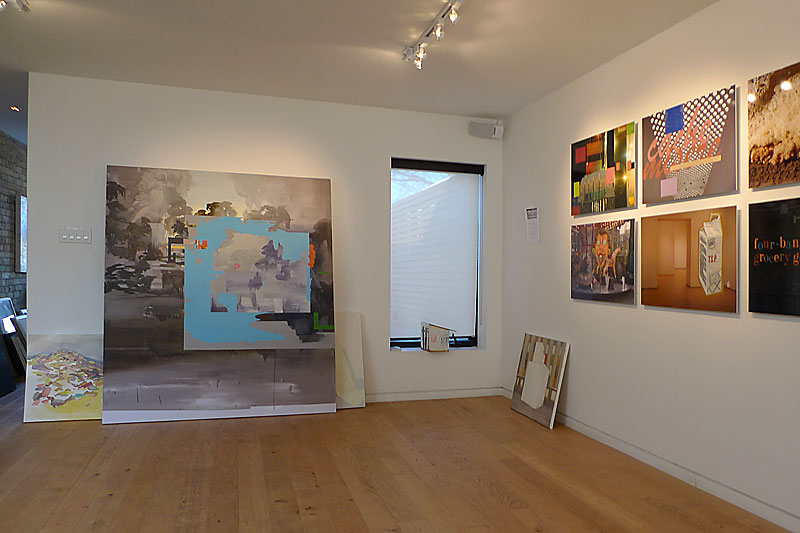 Though some might find the gallery out of the way, Dracos believes General Hardware is exactly where it needs to be. "Much of the creative community lives here, and everybody drops in. Even in the short time the gallery's been open, I've gotten to meet so many talented people." Also, apart from a few internationally-based artists, most of the artists General Hardware represents, live nearby. "I want the visitors and collectors to experience something new when they come in, and Parkdale offers that." 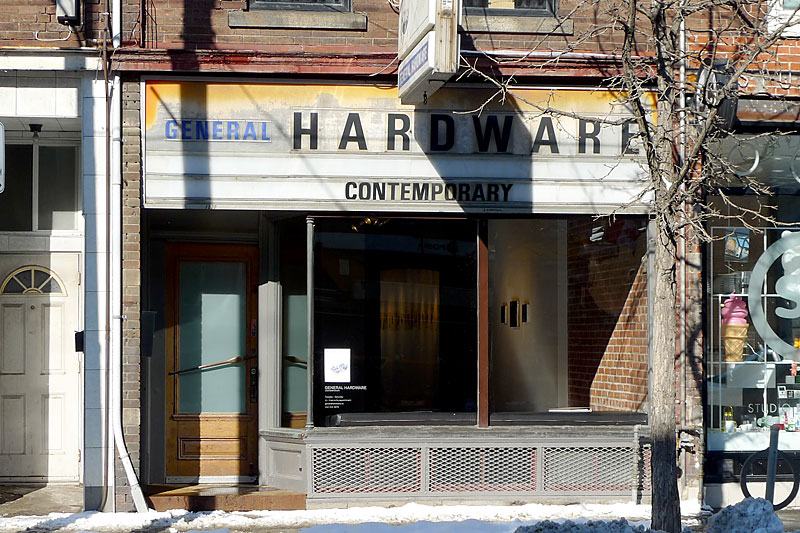 Representing about a dozen artists, primarily more established ones, allows Dracos more freedom to focus on scouting for the newer, emerging artists. "Emerging" can be a nebulous term, so she clarifies: "In a way, I could use the word 'emerging' to describe all the artists here-- regardless of where they're at in terms of their career or how long they've been working, they've all got a playful practice, a certain confidence, and experimental spirit. I'm seeing reinvention more and more."