Black Cat Showroom is currently open but their offerings and services may be affected due to the pandemic. Please contact the business directly for more information about any changes. Is this your business? Please contact us if you would like to update this message.

Taking over one part of a former Chevrolet Oldsmobile dealership, gallery owner Andrew Williamson (who clearly has a penchant for transforming old spaces) has once again turned a run-down room into a place for art. 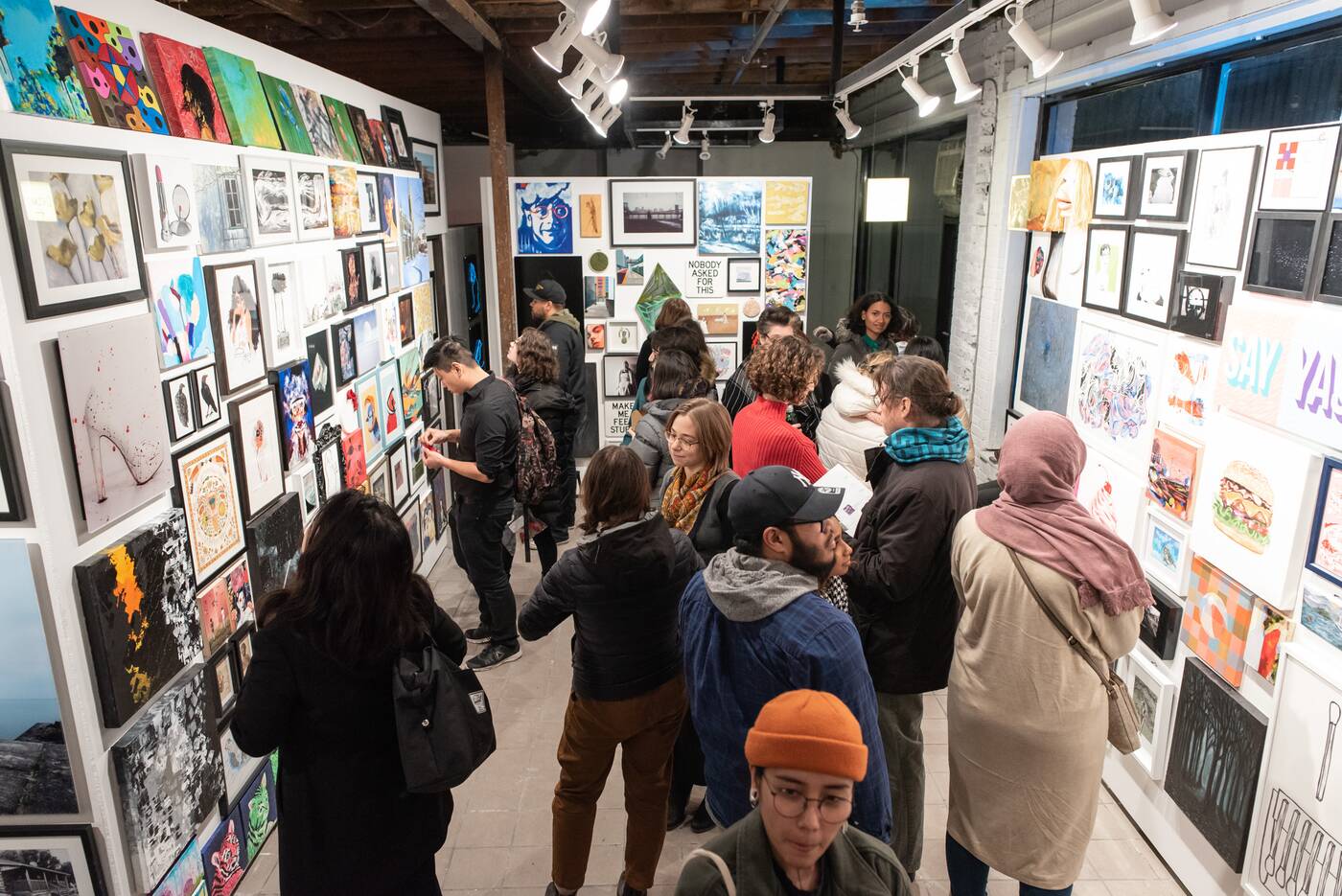 Despite the 'showroom' component to the gallery's name, Black Cat doesn't actually exist where Chevy's cars once sat on display. Instead, the gallery occupies the 1000 square-foot area where the administrative offices used to be. 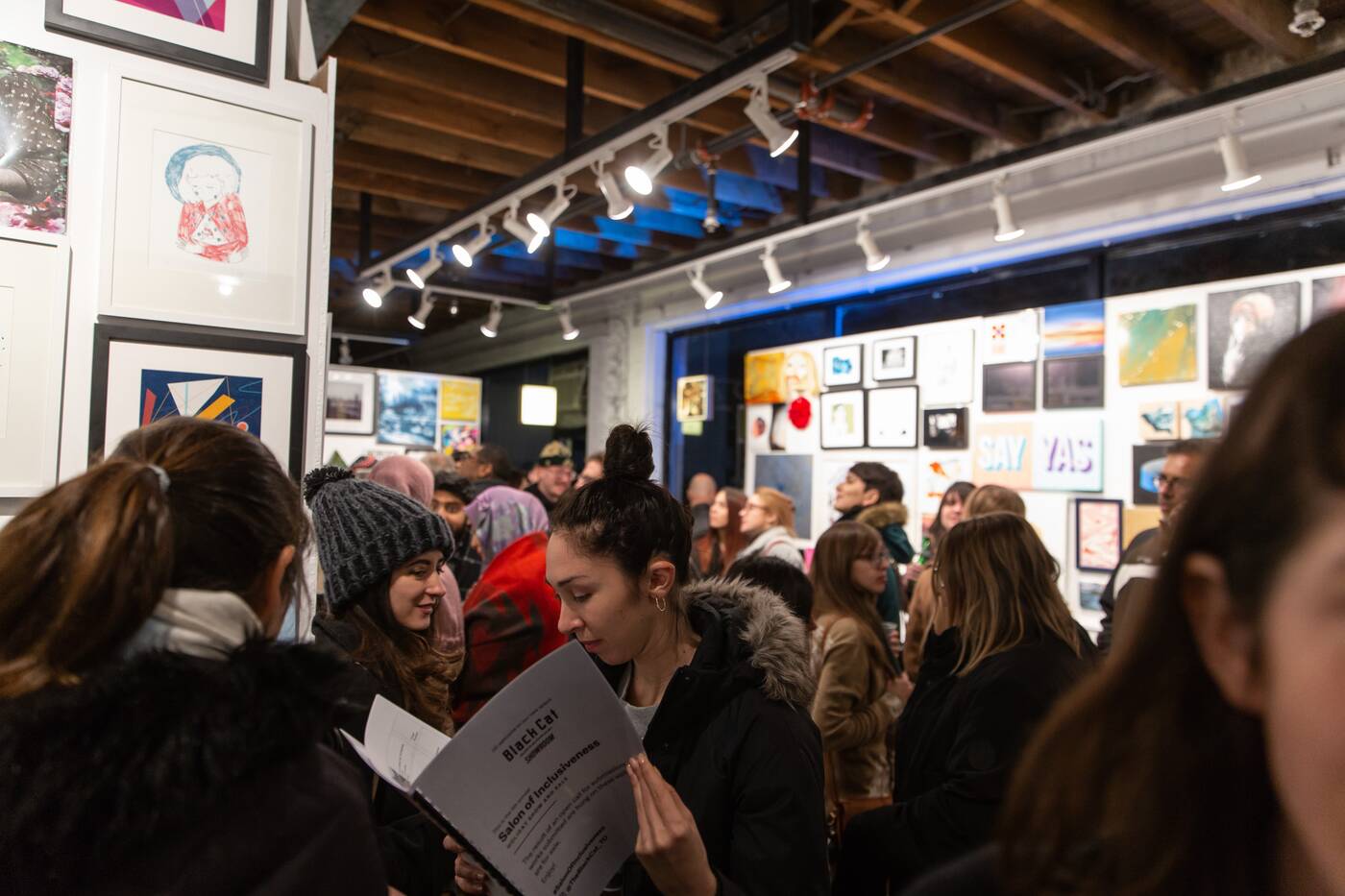 Just like he did with Artspace, Williamson and his crew have gutted the room, taken out all the dry wall and cleaned up the white brick below it to create the space that Showroom is today. 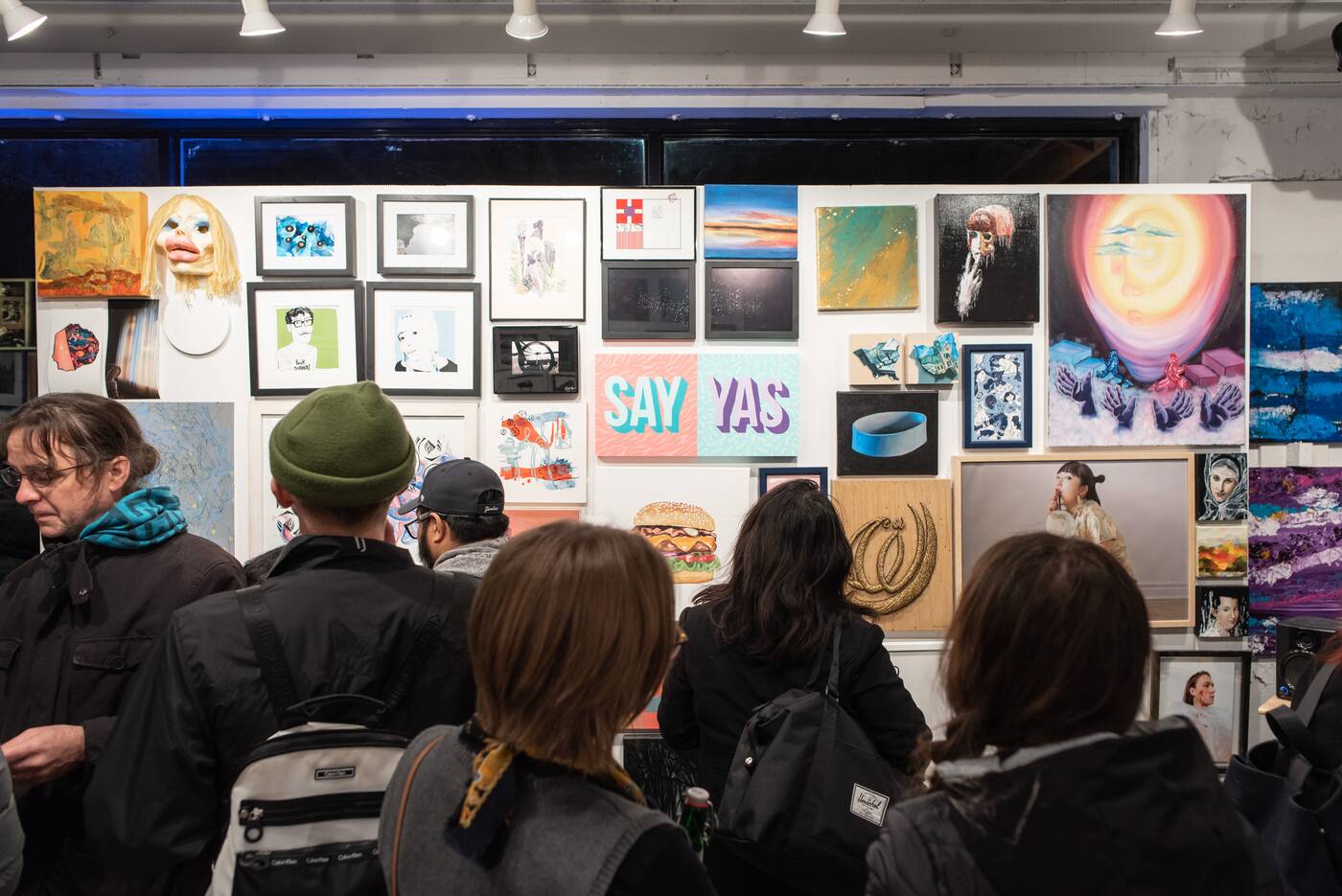 But the handiest part about the gallery is probably the fact it has two moveable walls, which allows the team to partition the otherwise boite-like space as they please. 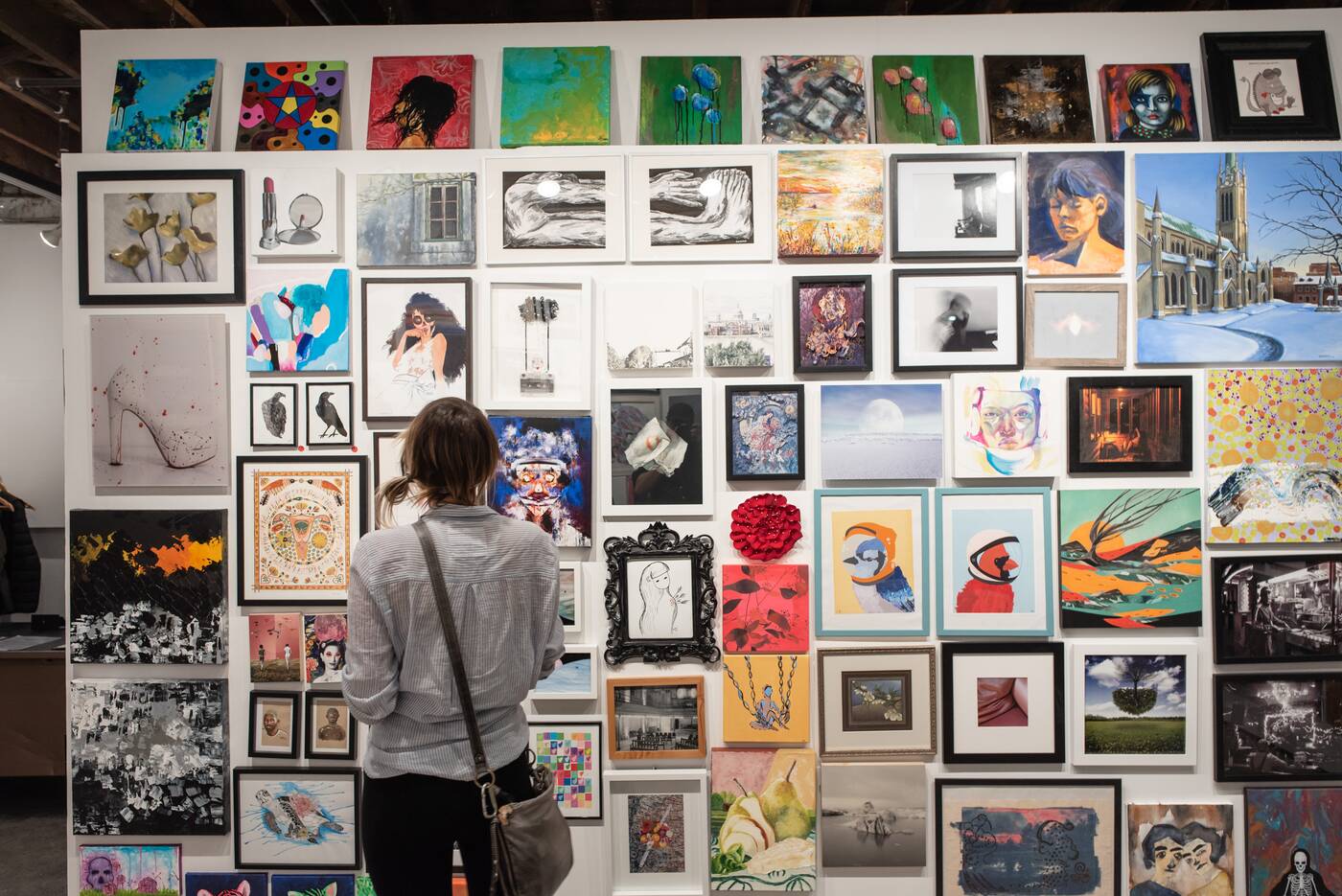 During the gallery's opening show Salon of Inclusivity—an annual exhibit from Black Cat that accepts all submissions from artists who apply, with no commissions—they're able to move the walls around to create a separate area for that highlights installations. 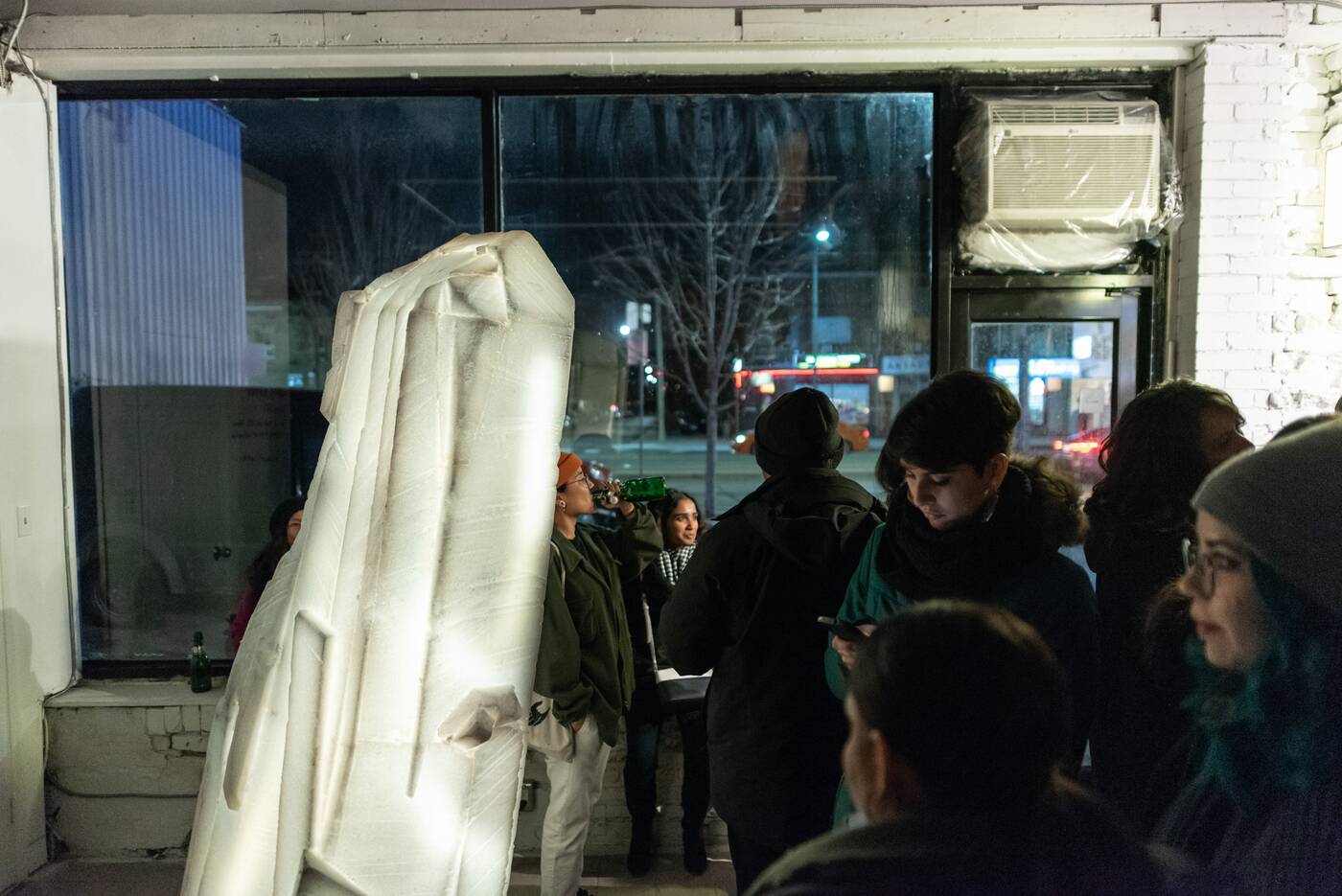 The gallery's exterior sticks out from the traditional facades of this St. Clair West strip with a mural from Chris Perez, who completed the entire thing in only two days. 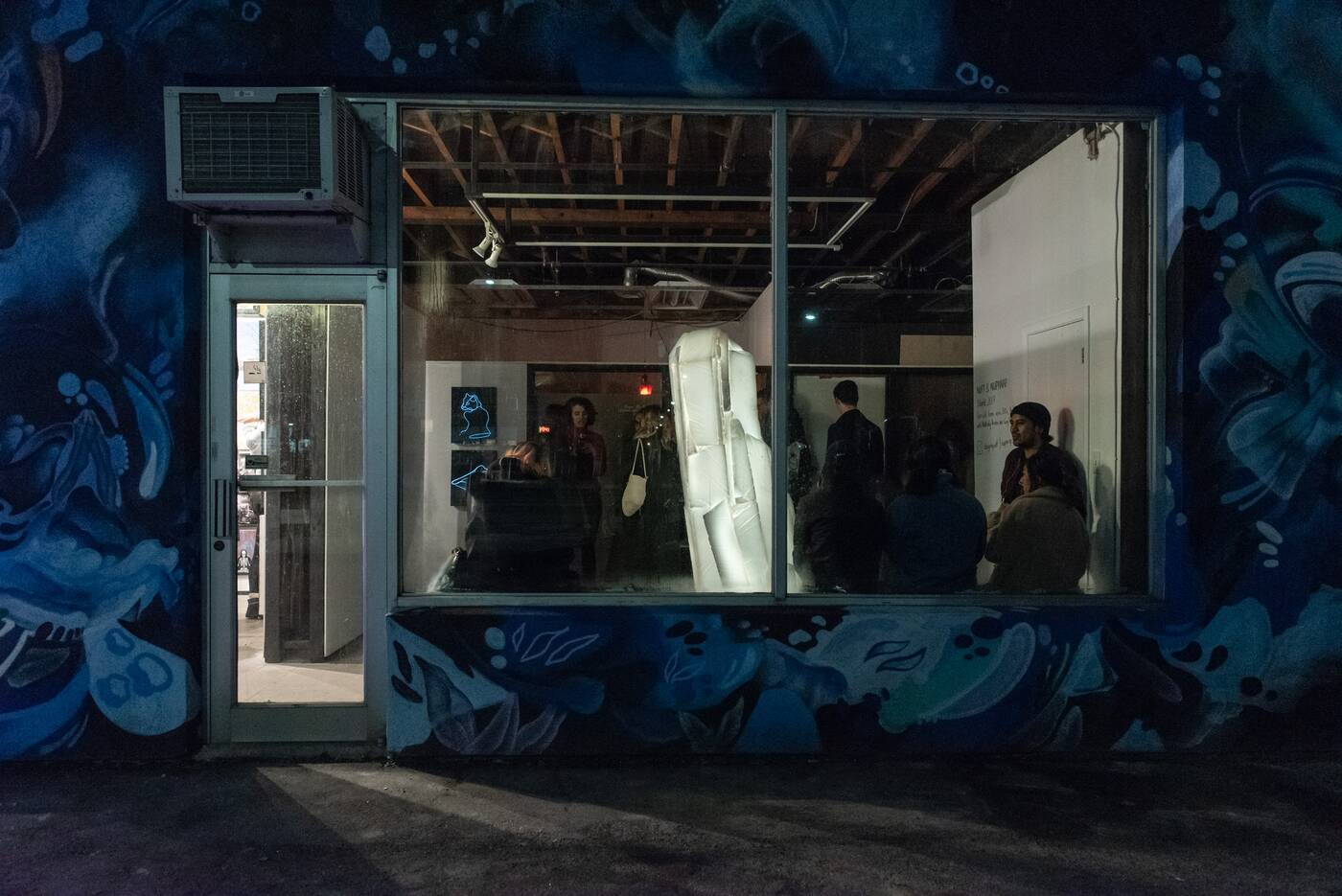 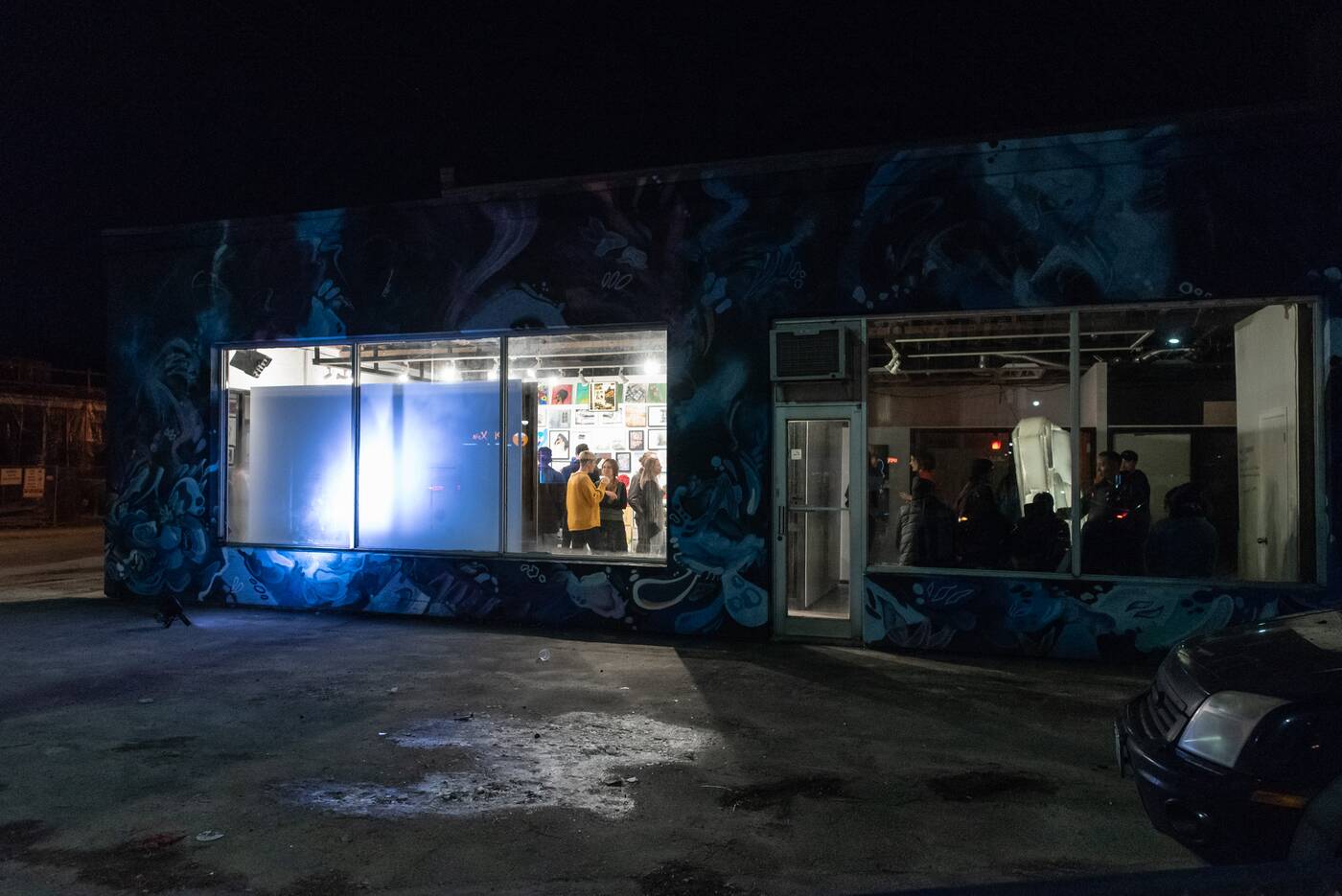