2186 Dundas was greeted with outpouring of excitement and support on Thursday night when the small storefront at the crossroads of Dundas West and Roncesvalles first opened its doors to the public. Roncesvalles Village has always been known for its great sense of community, what with its eclectic mix of yuppie moms, Polish immigrants, and aging hippies all sharing tables at brunch and stalls at the farmer's market. It's also been seriously lacking a local gallery, a fact that explains the warmth with which this new project has been received.

I spoke with owner Andrew Williamson and curator Tara Bartolini a couple days after the opening for their successful IT'S NICE TO MEET YOU! group show, and the two shared with me their big hopes for the small space. 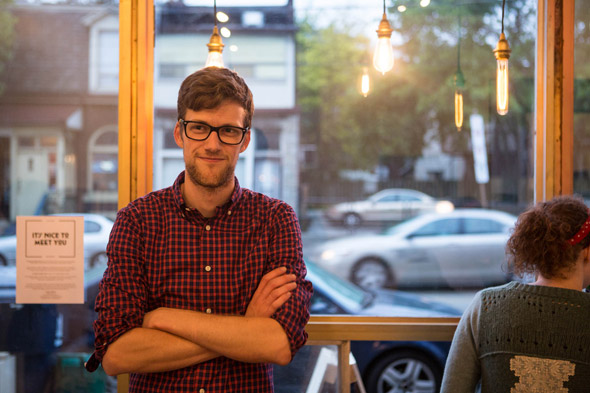 Like all great romances, Andrew's connection with his dream gallery was forged through Craigslist: "I was looking for an affordable storefront for like eight months...but usually the rent is like 4,000 or 3,00 dollars a month, which is just impossible...I stumbled upon this place walking by. It was all covered with paper and really looked like nothing, but then I found it the next day on Craigslist and got in touch with the landlord. I saw it two hours later, and decided that evening that I was going to take the lease. But when I came in it was disgusting...the guy who lived here just smoked all day, and there was a hammock from one side of the room to another.

"He called all of us and was so excited," explains Tara "and then we all showed up and were like 'what are you thinking.'" 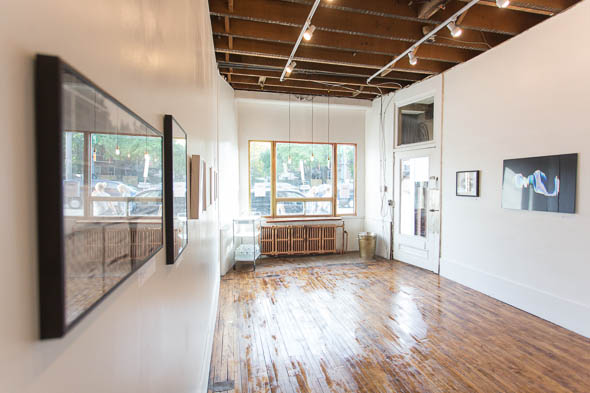 But after a two-month renovation that saw Andrew calling in several favours from handy friends and family members, the space was completely revitalized, and now shows no hint of the chain-smoking, hammock-loving tenant who left it. Andrew jokes that he's already raised property values for the area by moving in.

So how does a recent Ryerson photography grad turn into the proud owner of a gentrification-spurring art gallery? Andrew admits that he "kind of came at it backwards. This place I used to live, this loft, we were organizing underground art shows and secret concerts and [Tara and I] collaborated on some stuff there. When I left there, I still wanted to do the same things, but in a place that was more suited for that. " 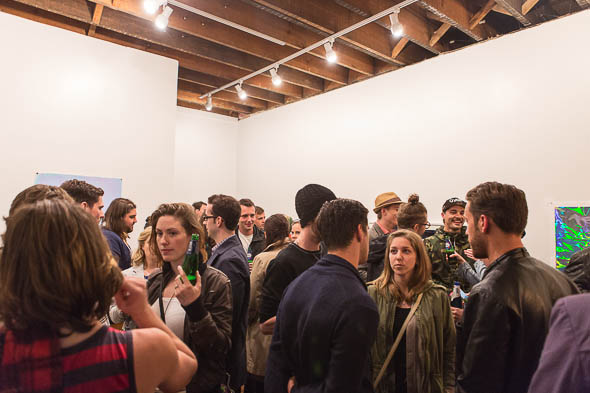 And so, after tearing up four layers of carpet and tile, 2186 Dundas became that suitable place, one that's retained much of the same energy as Andrew's underground art shows. As Tara explains"[we wanted] to do a show that introduces a few artists who are fairly up and coming, some of them are more established than others, but who are doing really interesting work that maybe are not as well known yet." So while NICE TO MEET YOU! is 2186 Dundas' introduction to the neighborhood, it also serves as a similar introduction for a group of talented local artists and recent art school grads who have yet to receive major exposure.

With its roster of 10 artists with dramatically different styles, the show is a lot like the Roncesvalles community that surrounds it: something that perhaps shouldn't work in such a small space, and yet somehow, it just does. As Tara tells me, "a lot of people thought I was insane," but Andrew was supportive throughout the curation process, one whose short deadline even led to her claiming dibs on a piece over Instagram. 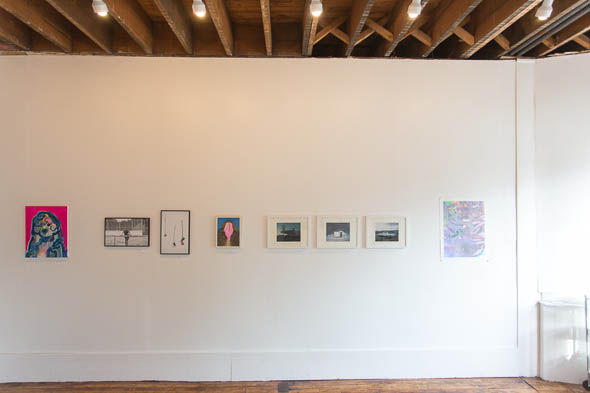 This unconventional approach is in keeping with the pair's vision for the space, with Tara revealing that she "hope[s] people see it as a different gallery space, like more approachable and a place to experiment with your work." Adds Andrew, "Approachable is really the key word."

The storefront does provide some great exposure, but the major way 2186Dundas supports artists is through its exhibition policy. As Andrew explains, "usually galleries take a 50% commission, which I think means [the art is] less likely to be sold, so for almost every gallery show we have there's going to be no commission."

He's chosen instead to cover his operating costs through events, openings, and small rental fees for curators and artists to book the space on a daily or weekly basis. "Everything here is well priced," Tara adds, "and from our standpoint we just really want all these young artists to start selling work." And as four visitors from the neighbourhood stopped by during our short conversation outside of gallery hours, it's clear that 2186 Dundas has tapped into a very promising market indeed. 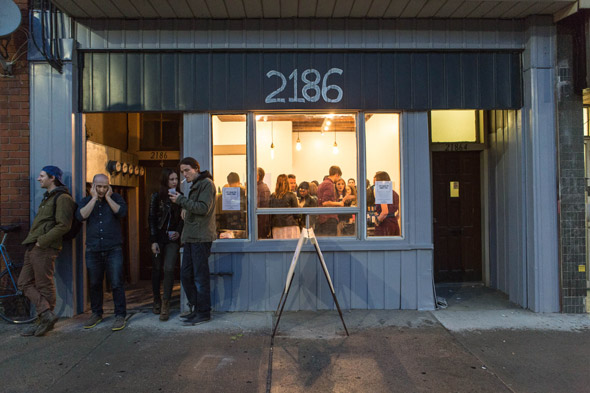 Photos supplied by the gallery