Earlier this month Barbershop opened its doors in Parkdale . Located near Roncesvalles, the gallery inhabits a space that doesn't look anything like it used to. It's bright and airy, with white walls and exposed brick - a stark contrast to the bleak darkness that embodied its predecessor, the now defunct Zippie Cafe .

The gallery is founded by the design team behind Parishil . They've moved their small design studio to the back and have a partial wall separating it from the gallery area in the front. But based on the first show , I suspect the relationship between their professional work and what ends up in the gallery will be a fluid one. For their launch, they put up prints they created for a recent War Child Canada campaign . There's also at least one mashup where they've taken some of the imagery and pieced them together onto a large canvas (below). 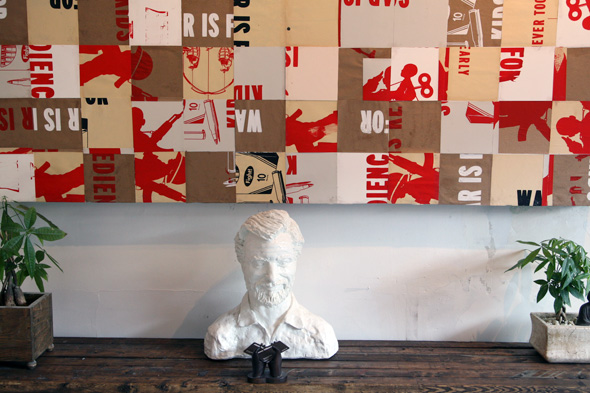 Exhibits will change up regularly with the next one scheduled for sometime in January. Expect the focus to be on both local and national artists, as well as the odd international ones. 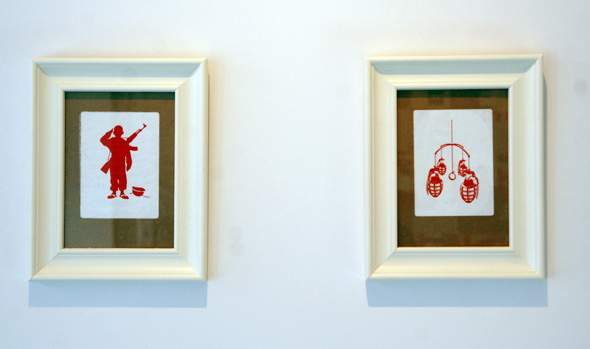 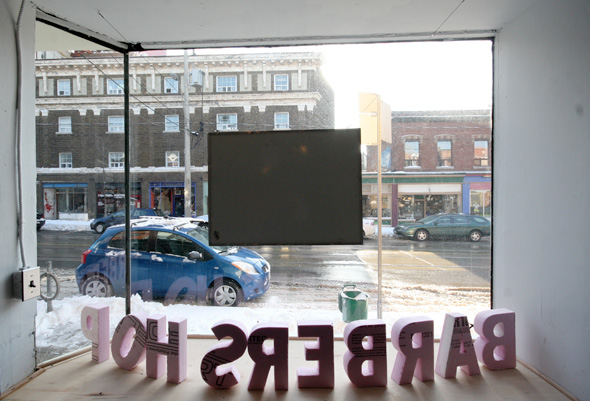 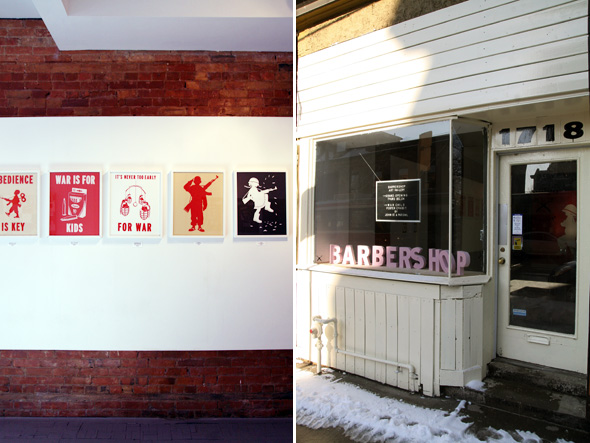