A Nerd's World has brought an eye-catching storefront to Bathurst St. south of Dupont. With a massive shelf of retro cameras bookended by walls of black and white portrait photography, the gallery is a far cry from the usual IKEA-adorned photography studio. But of course, the unconventional design makes complete sense if you've met owners Chris and Grace Hughes. 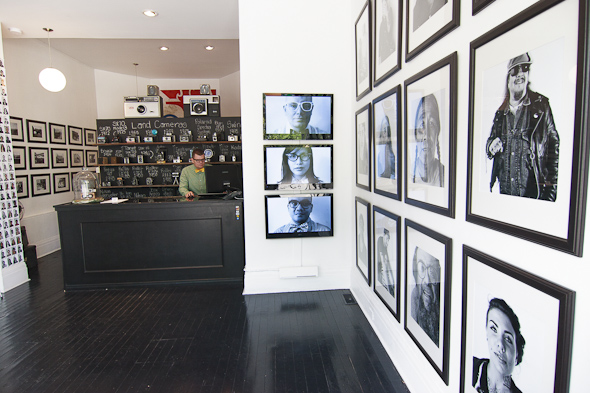 From their distinctive dress code of bow ties and thick-framed eyeglasses, to the store's monochromatic design scheme, visitors to the studio get to know Chris and Grace's sensibilities from the get-go. It's a method of self-expression for the admitted photography "nerds," as well as damn good branding. 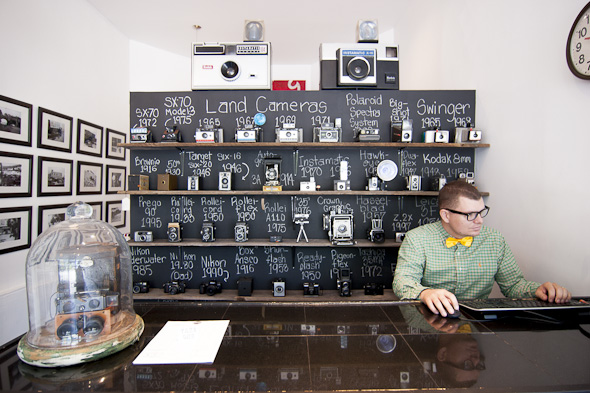 As Chris explains it, "rather than put up our wedding photos, which to me is so inside the box, we put up our own work that we do on our personal time." Grace adds, "[customers] can definitely get to know us based on our photos. They talk to us, and after getting to know us they like our personality and go with it, too."

Self-taught photographers with 20 years of combined experience between them, Chris and Grace Hughes's have dedicated their lives to photography, and their enthusiasm for the medium is infectious. "If you have you a passion, self-taught is the best way," Chris tells me. "You don't need someone to tell you what to do. When we get home we're watching documentaries and reading books. It's never-ending, and there's no days off." 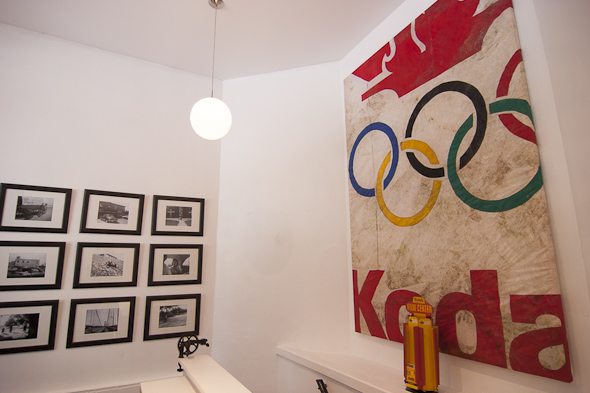 Chris and Grace were content to run A Nerd's World as a home-based business for eight years, and it wasn't until a chance drive-by along Bathurst that they discovered their new space. By the next day, the lease was signed. Now, after only three months in business, everything is done on site, with a studio and dark room in the basement. In addition to photography, A Nerd's World also offers logo, website, and graphic services, and employs two additional designers. 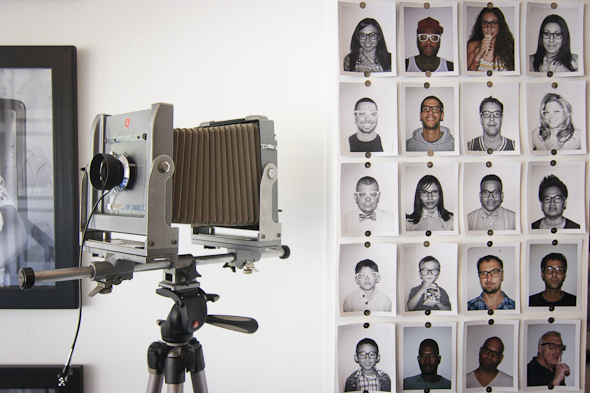 Clients so far have ranged from actors and students, to journalists for the Globe and Mail , and an owner of a Fortune 500 company. But regardless of their economic status, each customer must get their picture taken for the studio wall display. And for those without their own glasses, the store has a few loaner pairs to give out. 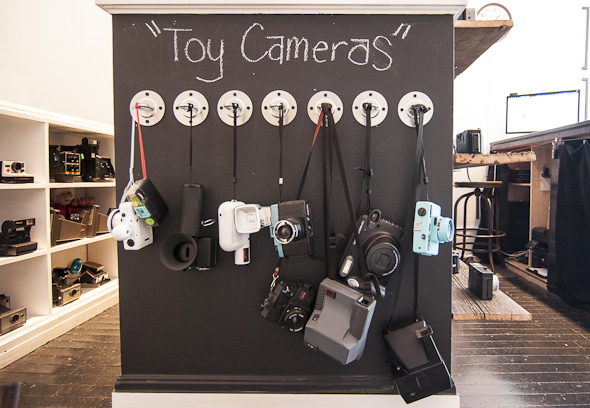 Besides the usual wedding and engagement packages, the company also offers unique portrait sessions, including the option of shooting in abandoned buildings. Getting access to the spaces often requires a fair bit of sneakiness, and the infamous Kodak Building No. 9 is cited as their favourite location. 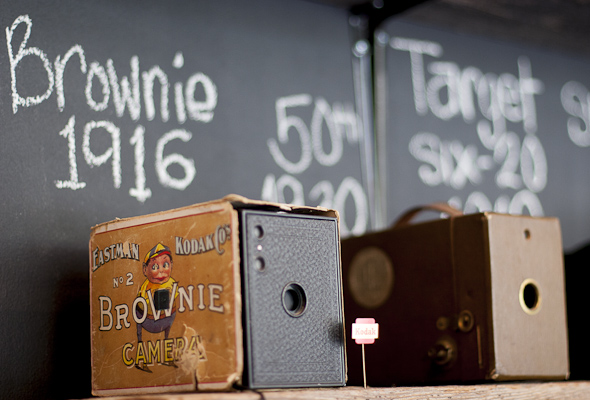 But such risky shoots aren't the company's norm, at least not just yet. "Unfortunately, most clients choose to do same thing," says Chris. "They see the white wall and they want to shoot against it. We're not at a point where people are coming to us and saying 'you decide' what you want to do--your vision--but we're happy nonetheless." 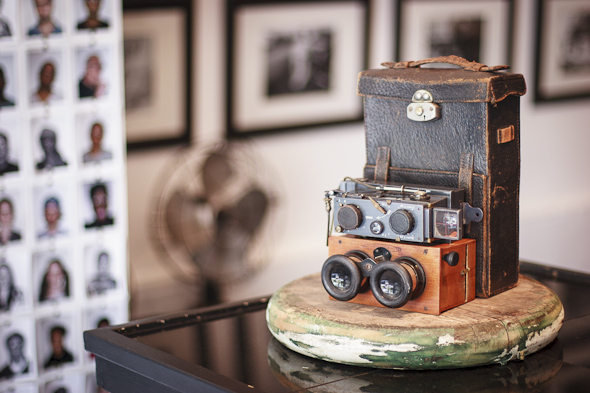 Whatever the client ultimately decides, Chris and Grace still choose to rely on traditional photographic methods for their work. The couple's antique camera collection, the centrepiece to the studio, is absolutely mind blowing. Found through second-hand stores, by donation, and through good old Craigslist, Chris shows me with unreserved glee a 1970 Big Shot (Andy Warhol's camera of choice), a Hasselblad that traveled to the moon, and, most impressively, a 3-D camera from the First World War. 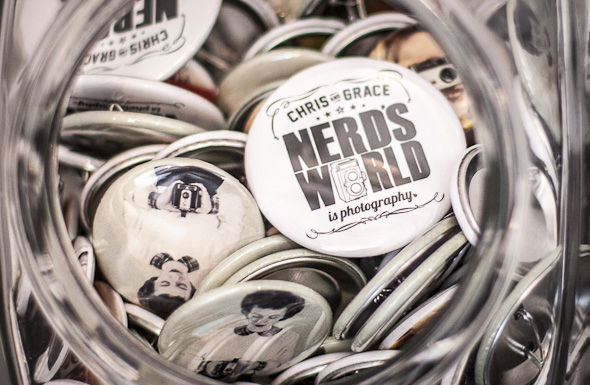 A third wall in the studio's back half houses the photographs developed from a camera the couple discovered during a trip to Pennsylvania. Depicting a family's road trip from the mid-50's, the shots are a fascinating insight into the lives of complete strangers. "On top of doing this as a business, we're historians," says Chris. "We'd like to save the history of photography in the digital era where everybody's a photographer. We like to take our time, bring out old cameras, and only take one or two photos a day versus this mass-production." 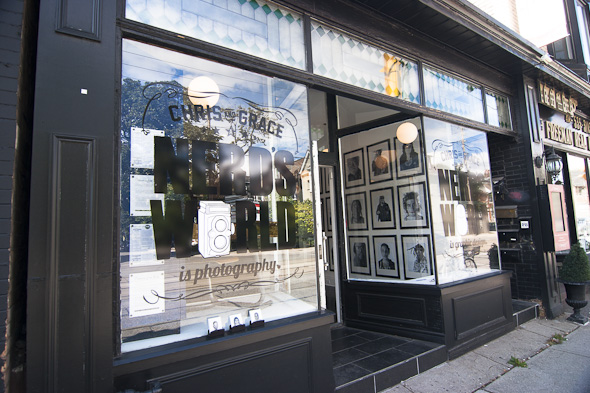 Despite only residing in the space for three months, the couple are already planning on expanding, possibly to house their overgrowing camera collection. "I could see a few of these in the city, it's going so well and people have been so encouraging," says Chris, "the positive feedback has been great. It makes the 14, 15, 16 hours a day go by a lot quicker."