Nobody should have to worry about being caught on camera in a clothing store's change room — unless they're doing something truly gross like trying to film other patrons in various states of undress without their consent.

York Regional Police are searching for a man accused of doing just that a few weeks ago at Vaughan Mills, which describes itself as "Toronto's Premier Outlet Mall" (despite being located in Vaughan) with more than 200 fashion stores alone.

Based on video footage released by police on Tuesday, this particular incident took place inside the Nordstrom Rack — though it's not known if the man hit up any other retailers during his apparent quest to snap pictures of people changing. 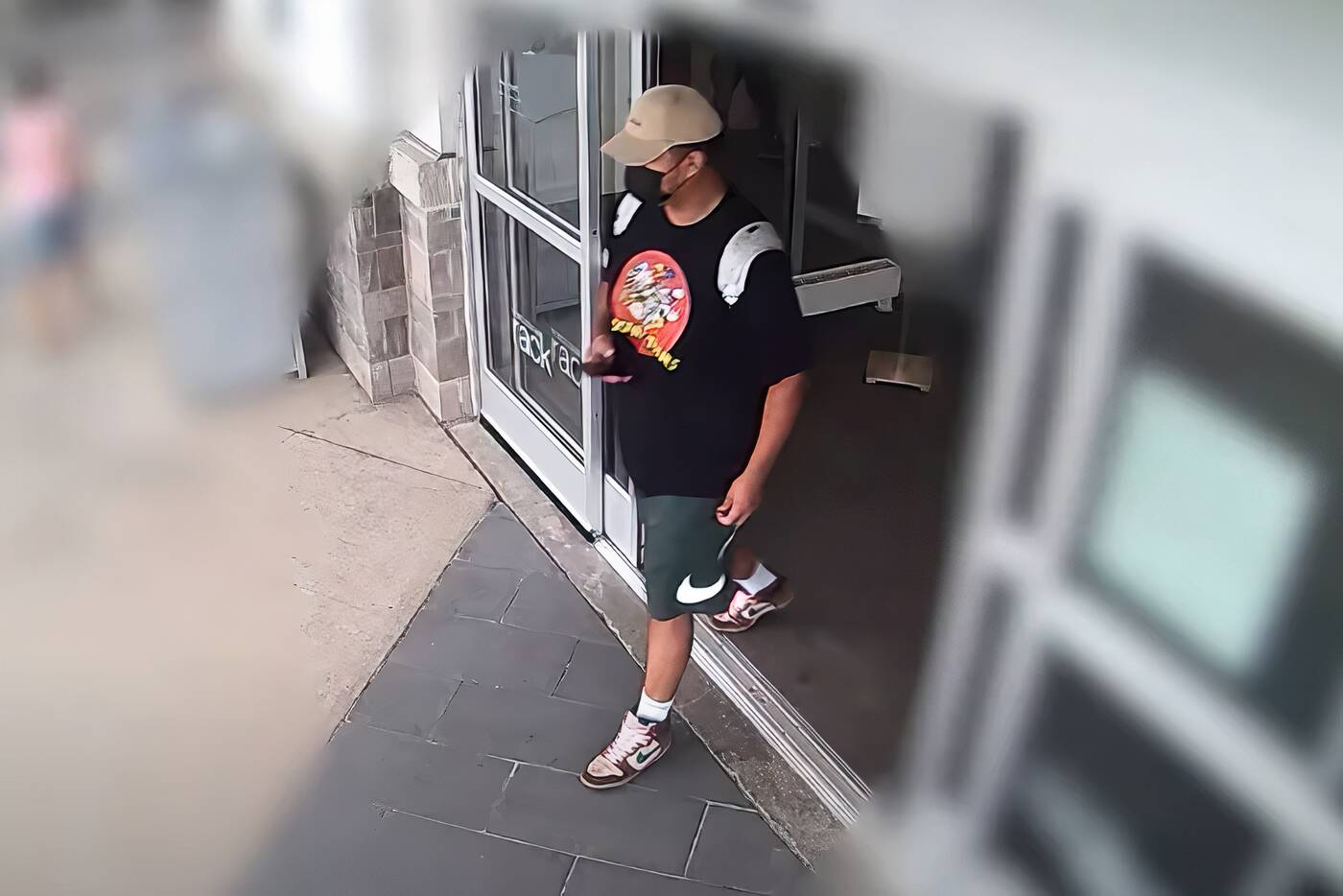 "As she was trying on clothes in a change room, she noticed a man was kneeling down beside her with his mobile phone in his hand. She believed he had taken a photo or a video."

Officials are investigating the complaint as "an incident of voyeurism" and are asking for the public's assistance in identifying the suspect.

It shouldn't be too difficult now that they've released startlingly clear security footage of the dude from inside and outside the shopping centre. 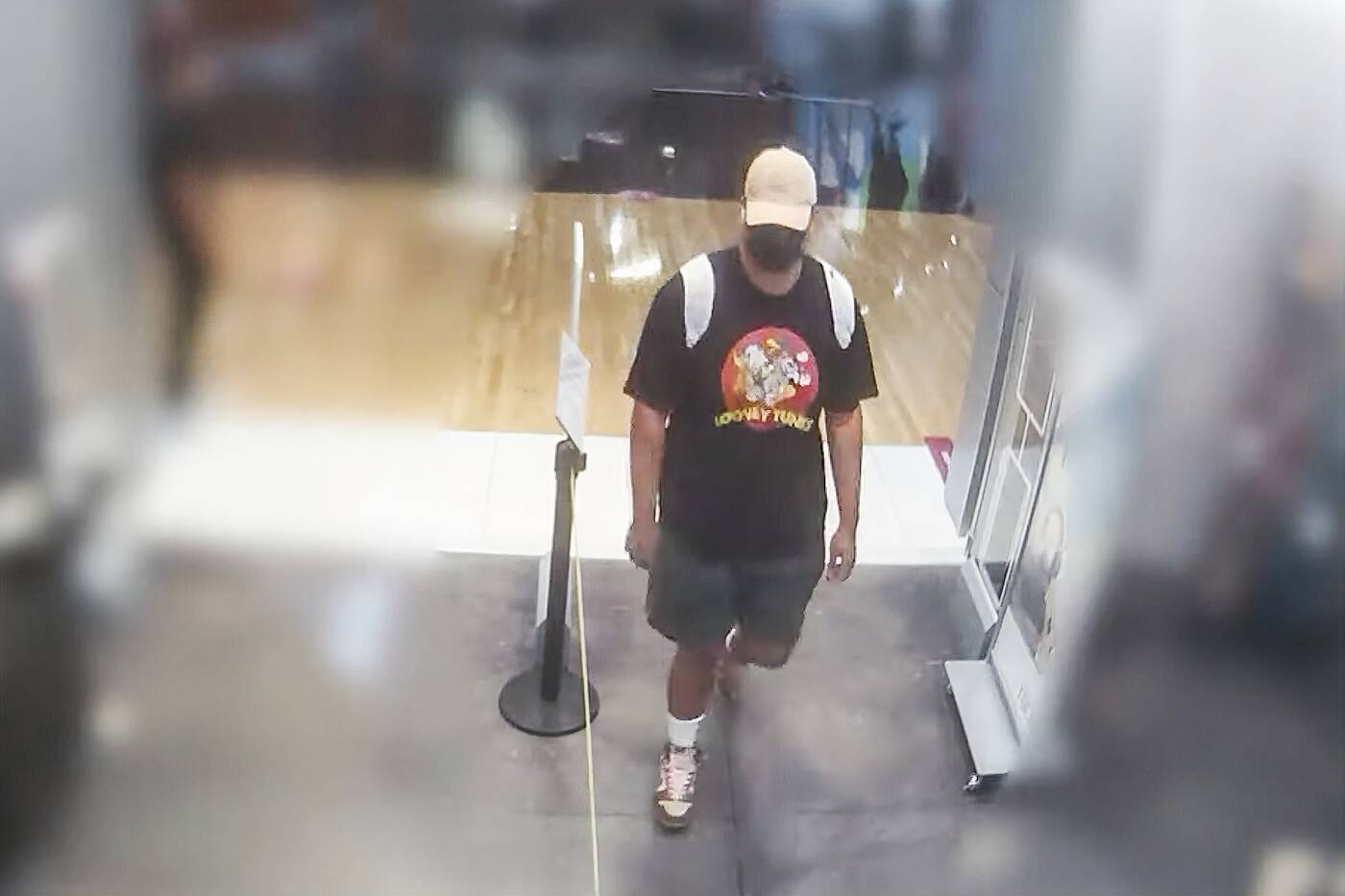 Police have released several clear shots of the suspect walking through the store and at one point interacting with an employee. Image via York Regional Police.

The suspect is described as male, 20 to 40 years old, roughly 6'2" tall, with tanned skin and short black hair. He was wearing green shorts, a beige baseball hat, Nike shoes and a Looney Tunes t-shirt at the time of the incident.