It's soon going to be a whole lot easier to get your hands on Michelin-approved meals that are literally some of the hottest in town.

Chica's Nashville Hot Chicken has signage up for a new storefront that's soon going to be opening in the Annex. 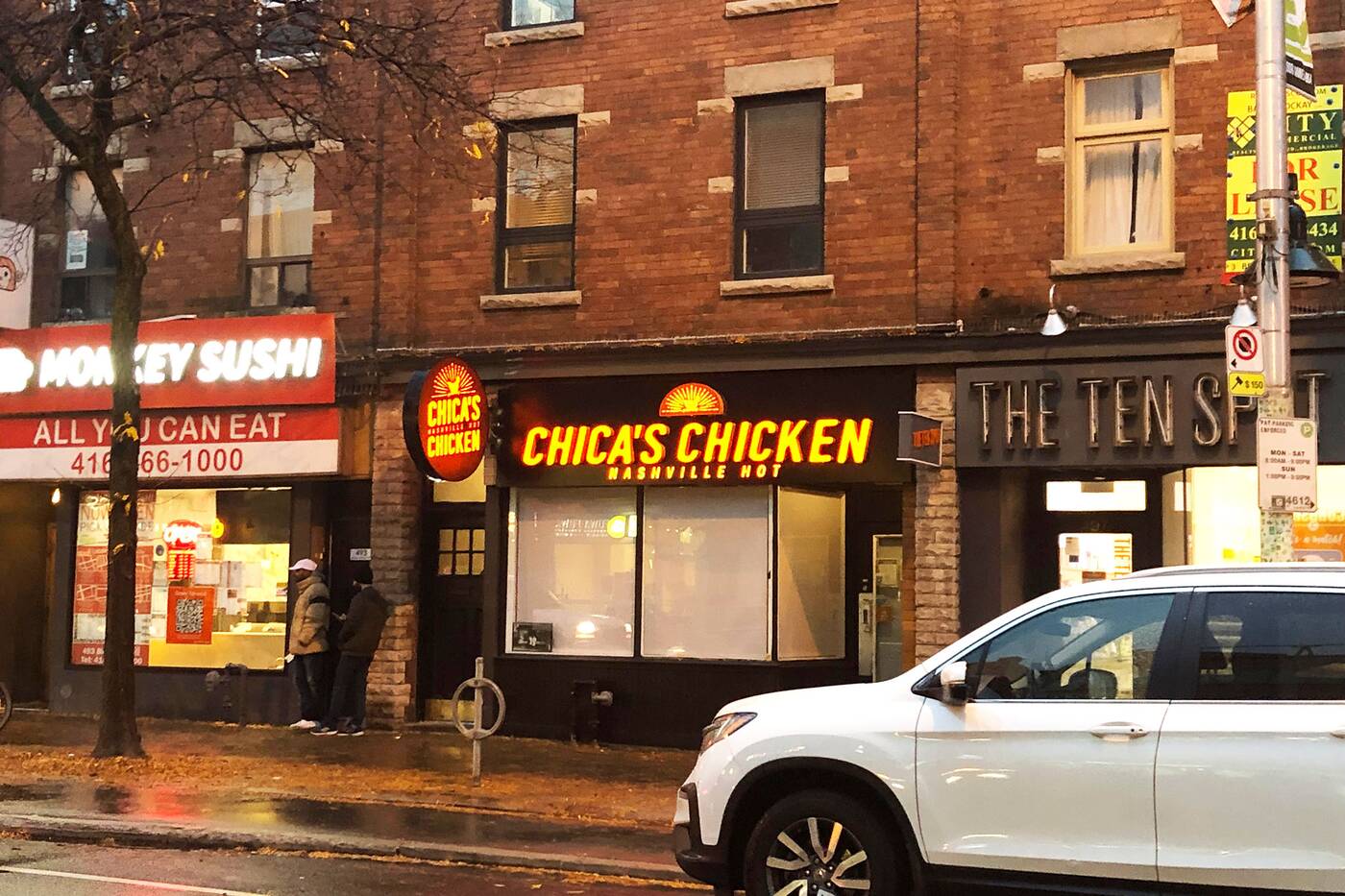 The new Chica's Chicken opening up soon in the Annex. Photo by blogTO.

The restaurant is known for their fiery hot chicken that comes in pieces or sandwiches, and the fact that they recently clinched a Bib Gourmand in Toronto's first-ever Michelin guide.

The Bib Gourmand distinction is awarded to restaurants that provide high-quality meals for affordable prices. Sandwiches at Chica's that bring a taste of Nashville's heat to Toronto start at $12.50.

"This humble corner in the Junction is a faithful tribute to 'hot chicken,' a fiery, eye-watering style popularized in the American South. Chickens are dry-brined for two days and seasoned with a dark, brooding mix of spices," reads the Michelin entry for Chica's.

"Diners in a hurry can grab a boneless sandwich and be on their way, but true fans know that excellence takes time and are content to wait the full half hour as bone-in birds are fried to order. Medium heat is an approachable entry into this genre, but daredevils can swing for spicier tiers turbocharged with ghost peppers."

"Since opening up in the Junction in 2018, we've had an unbelievable response from the city. The support and love we’ve received exceeded our wildest dreams," says Chica's owner Matt.

"If you swing past our spot at 6 a.m., I'll be there prepping chicken and making sauces. We've put our blood sweat and tears into Chica's and we knew that when we eventually did expand, we wanted to make sure it was done right a second time. No half-assed efforts.The response so far to us opening another location has been amazing. This has been a long time coming."

There will be some new menu items at the new Chica's, it'll be open later and they'll eventually be serving the ultimate companion to hot chicken (drum roll please), beer.

The food lovers of this city can only hope that these projects continue to expand in some way as well, or at least continue to flourish, so we can all enjoy their good value, good quality cooking.