Remember when Quiznos was — for a brief time — the hottest submarine sandwich chain in Toronto? The U.S.-based chain never reached the brand dominance of chains like Subway and Mr. Sub, but its toasted sandwiches were a hit in the early 2000s, spawning a wave of franchises across the city that have all since disappeared.

One of the last, if not the last Toronto location of the venerable sub chain now lies in ruins at the northeast corner of King and Dufferin, demolished to make way for another condo development.

There is at least one more place where Quiznos subs are served in Toronto, part of a Ghost Kitchen operating on Brown's Line at the west edge of the city, but that one gets a bolded asterisk as it is not a true brick-and-mortar location.

The torn-down building and its still-visible Quiznos signage lying amid the rubble are a metaphor for the decline of the franchise, which lost its niche market after other chains also introduced toasted subs in response to the brand's growing popularity. 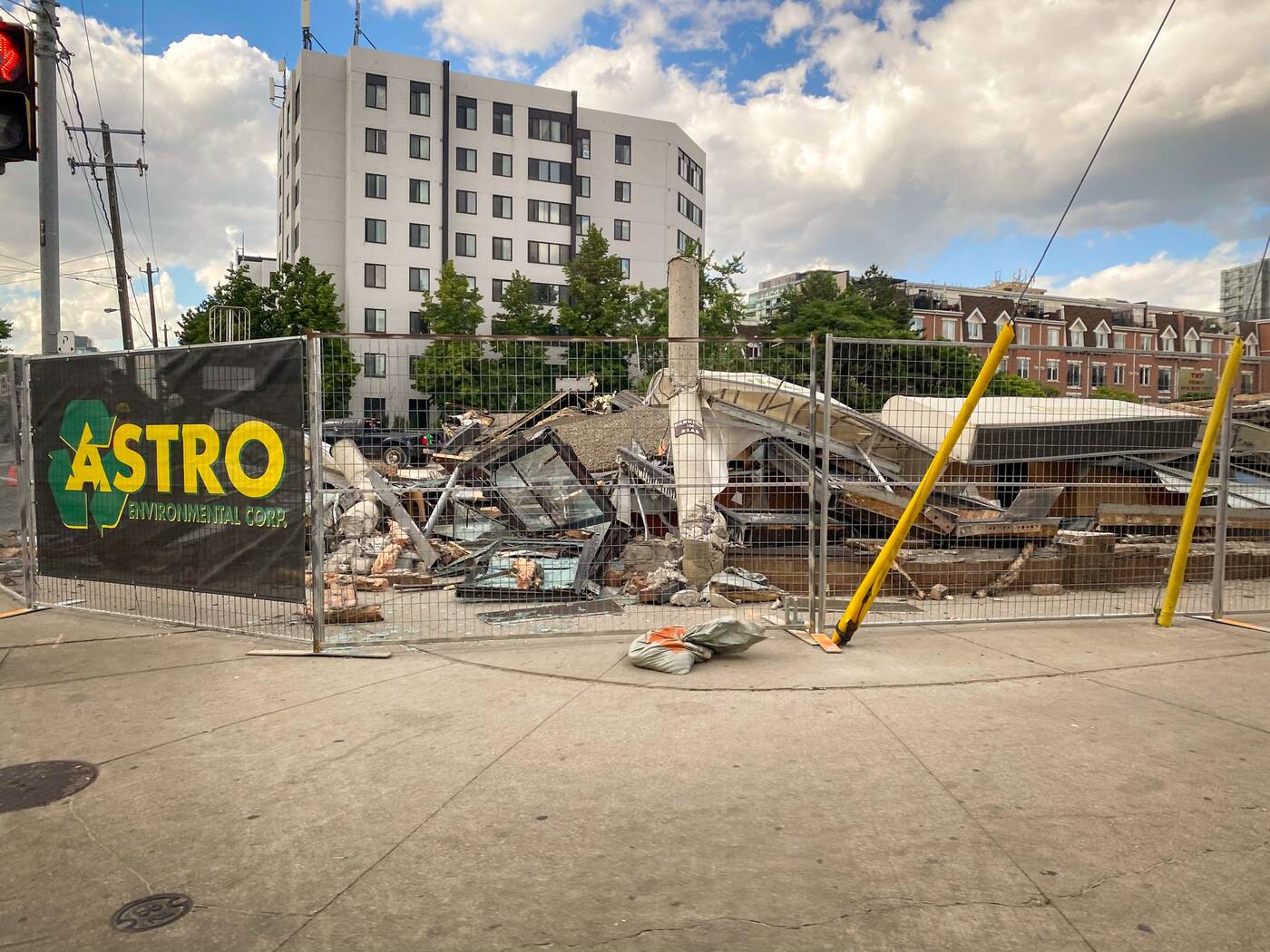 What's left of the King and Dufferin location.

After a rapid expansion from the late 1990s to the mid 'aughts that saw several locations open in and around Toronto, Quiznos was hard hit by the great recession in the late 2000s, and the company would eventually file for Chapter 11 bankruptcy in the U.S. back in 2014.

Despite somewhat successful efforts to reduce debt and new strategies for the business, Quiznos has never been able to return to the same level of prestige it once held, and locations of the restaurant chain have continued to close even after the company's 2018 acquisition by a California private equity firm.

Anyone looking for Quiznos location in Toronto today using the company website's store locator is out of luck, as the only remaining Greater Toronto Area locations are all found in the 905. It appears that the official Quiznos website does not recognize the remaining Ghost Kitchen option.

With no remaining Toronto walk-in locations, sub-hungry would-be patrons are instead directed to locations in Markham, Vaughan, Mississauga, and Oshawa, which is a long way to travel for a 416 resident.

As for the former King and Dufferin location, its footprint is part of the XO2 Condos site, the 19-storey tower set to rise opposite the southwest corner where first phase XO Condos is already under construction.