Lifetime Developments has, at long last, launched its contentous XO Condos project at King and Dufferin Streets in Toronto, bringing Liberty Village vibes concretely across the line into Parkdale.

Affordable housing advocates and Parkdale residents have long-opposed gentrification of the diverse west side community, arguing that condo creep from neighbouring hoods like Liberty and King West would drive up rents and outprice longterm tenants in apartment buildings.

This has already been happening for years, though low-income residents aren't fleeing their homes without a fight.

Still, the rise of XO marks a threat to the culture of Parkdale — and a victory, of sorts, for developers who've finally managed to cross Dufferin Street and deem the land part of condo-heavy Liberty Village.

The colourful intersection of Dufferin and King will also change dramatically with the completion of one 17-storey condo tower at 1182 King St. W. (where the 24-hour McDonalds is now) and one 14-storey tower across the street at 1221 King St. W (where one can currently find a strip of businesses that includes Island Foods). 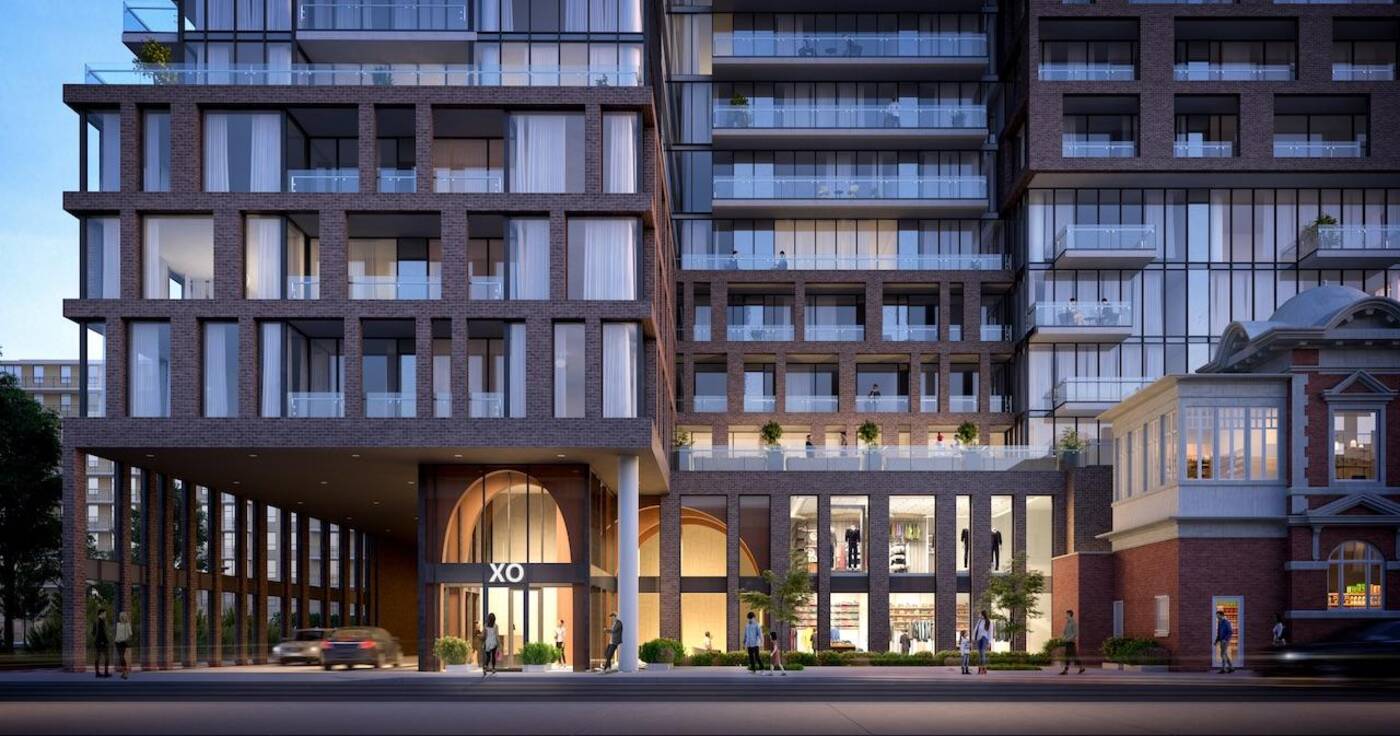 Designed by CORE Architects and Turner Fleischer Architects, the XO buildings will together hold 701 condominium units and have an estimated occupancy date of sometime in 2022.

Realtors started pushing pre-construction units in early April when the project officially launched, revealing new details about what we can expect to find inside and outside the complex. 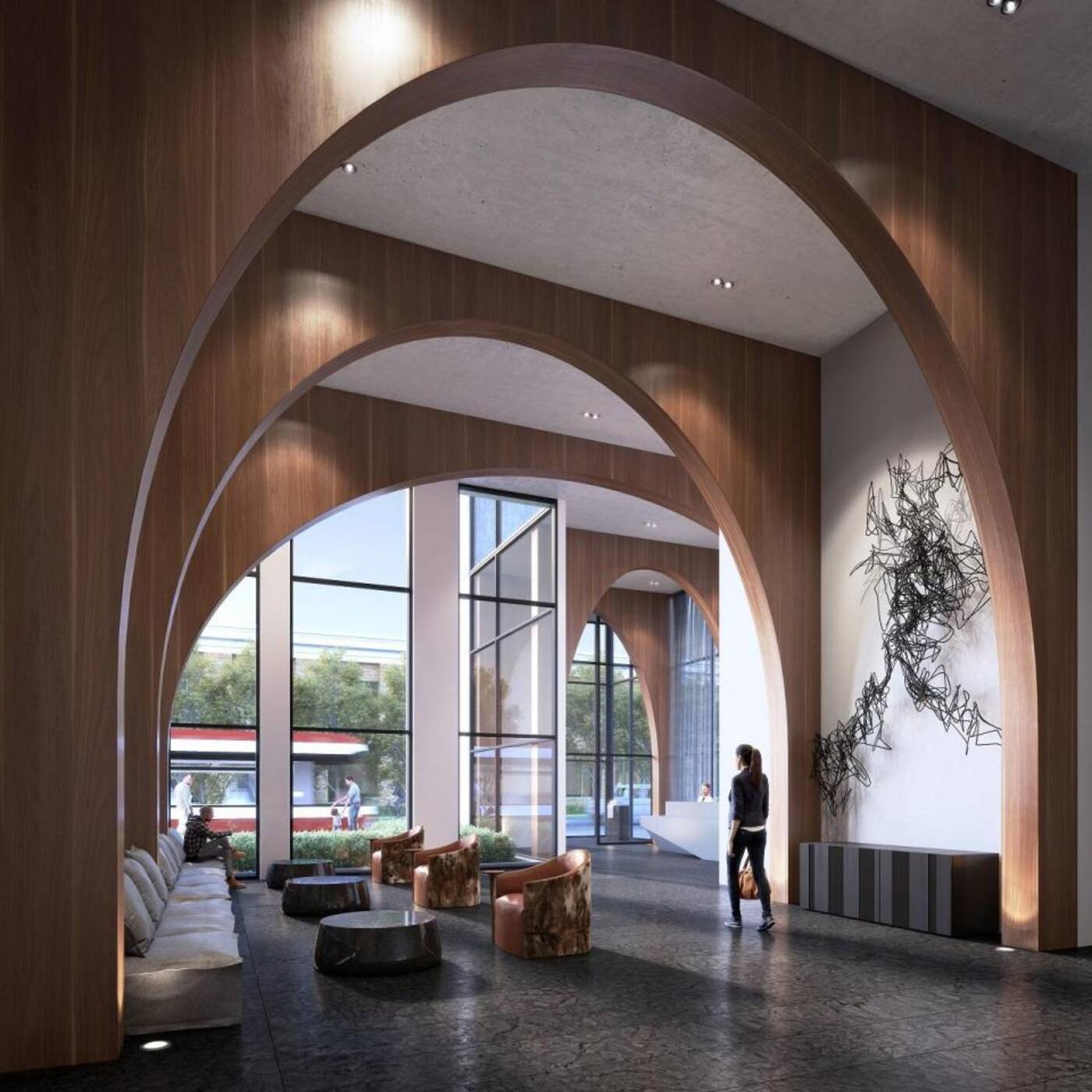 Locals will find everything from designer lobbies with warm wood finishes to 10,000 square feet of prime retail space at ground level.

As for residents, if all goes as planned, they'll have access to their own dedicated spin studio, indoor/outdoor yoga spaces, an indoor/outdoor kids' zone, an entertainment and gaming lounge, a co-working space called "The Think Tank," other fitness facilities and more. 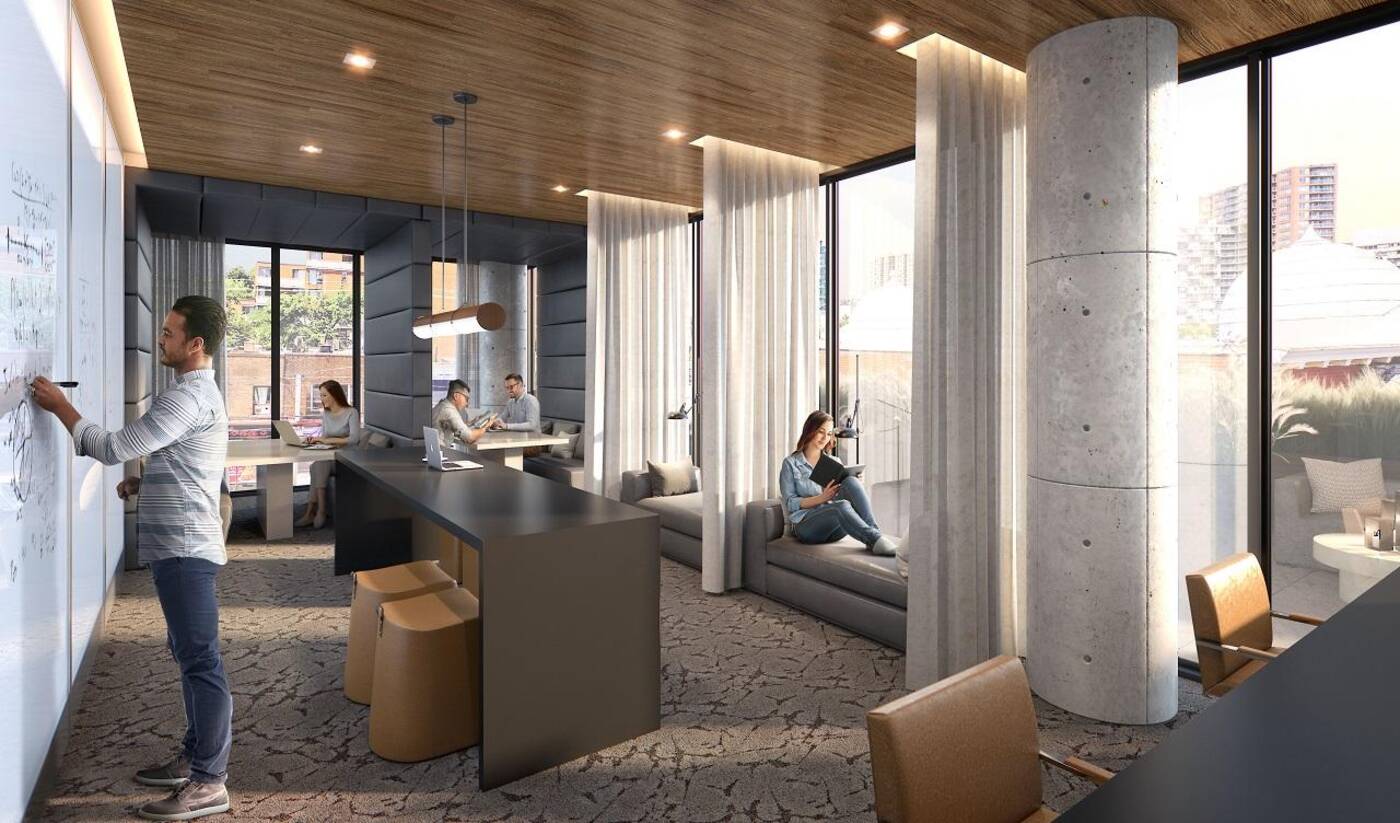 The complex also boasts a 100/100 WalkScore too, should they ever need to leave the building for something.

Lovely as it all sounds, the towers are unlikely to thrill the Parkdale community. 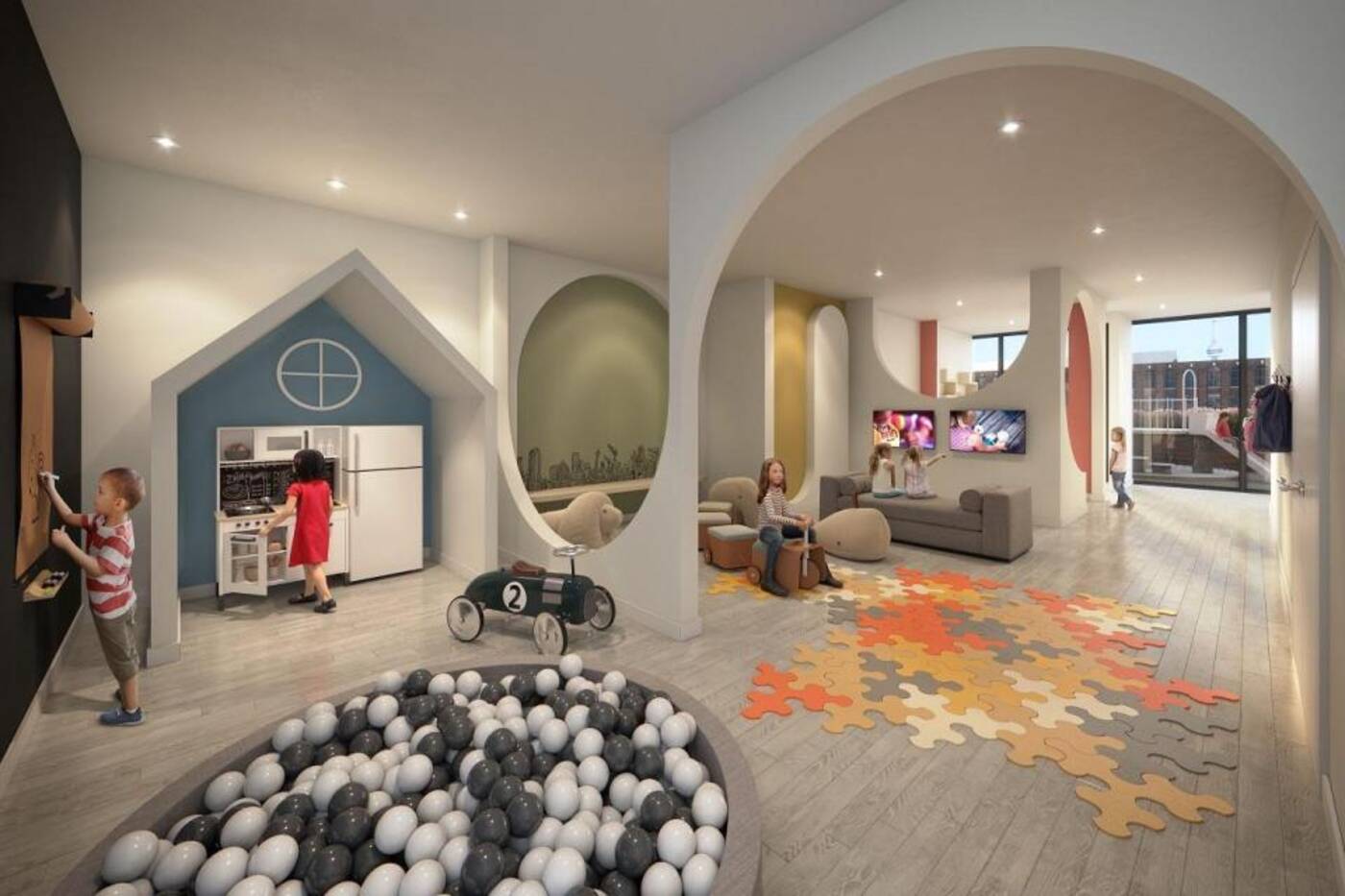 Back in November of 2017, neighbourhood residents protested a meeting of Toronto and East York Community Council over the condo complex, telling councillors that Parkdale needs more affordable housing units than luxury condos.

Despite their efforts, council voted to approve a the "high-end" complex, setting off another string of protests. 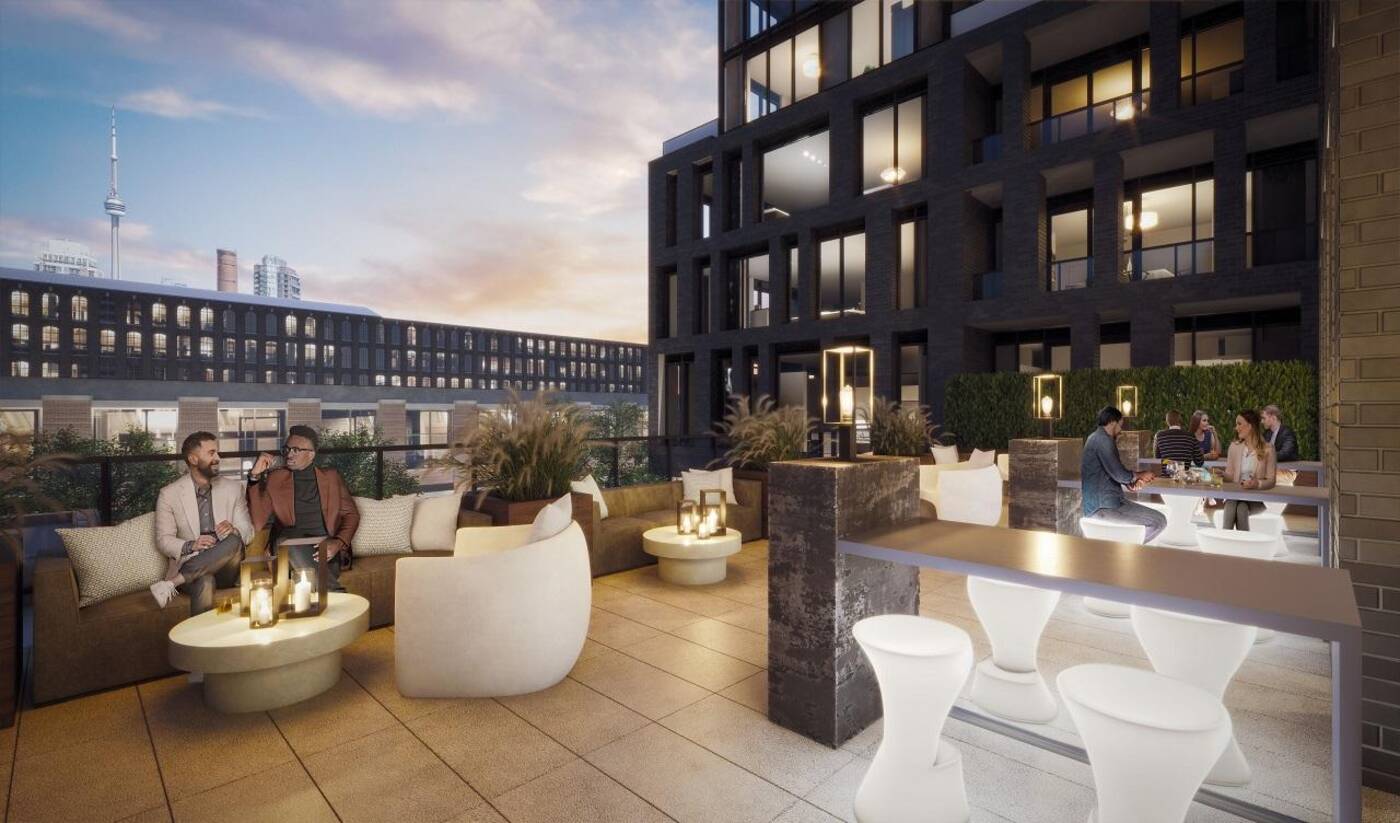 The development is scheduled for completion in 2022.