The history of Mary Brown's Chicken in Toronto

Fried chicken is most often associated with the Southern states of America, but one of the best fried chicken franchises in Toronto hails from Newfoundland.

Until recently, Mary Brown's was one of the best kept secrets for those with a taste for crispy golden poultry, but as the chain expands in Toronto, many have become curious about its Eastern origins.

Mary Brown’s recipe was created by the eponymous Mary Brown, whose homespun formula for fried chicken was so delicious her family convinced her to sell it so that the rest of the world could enjoy her work. 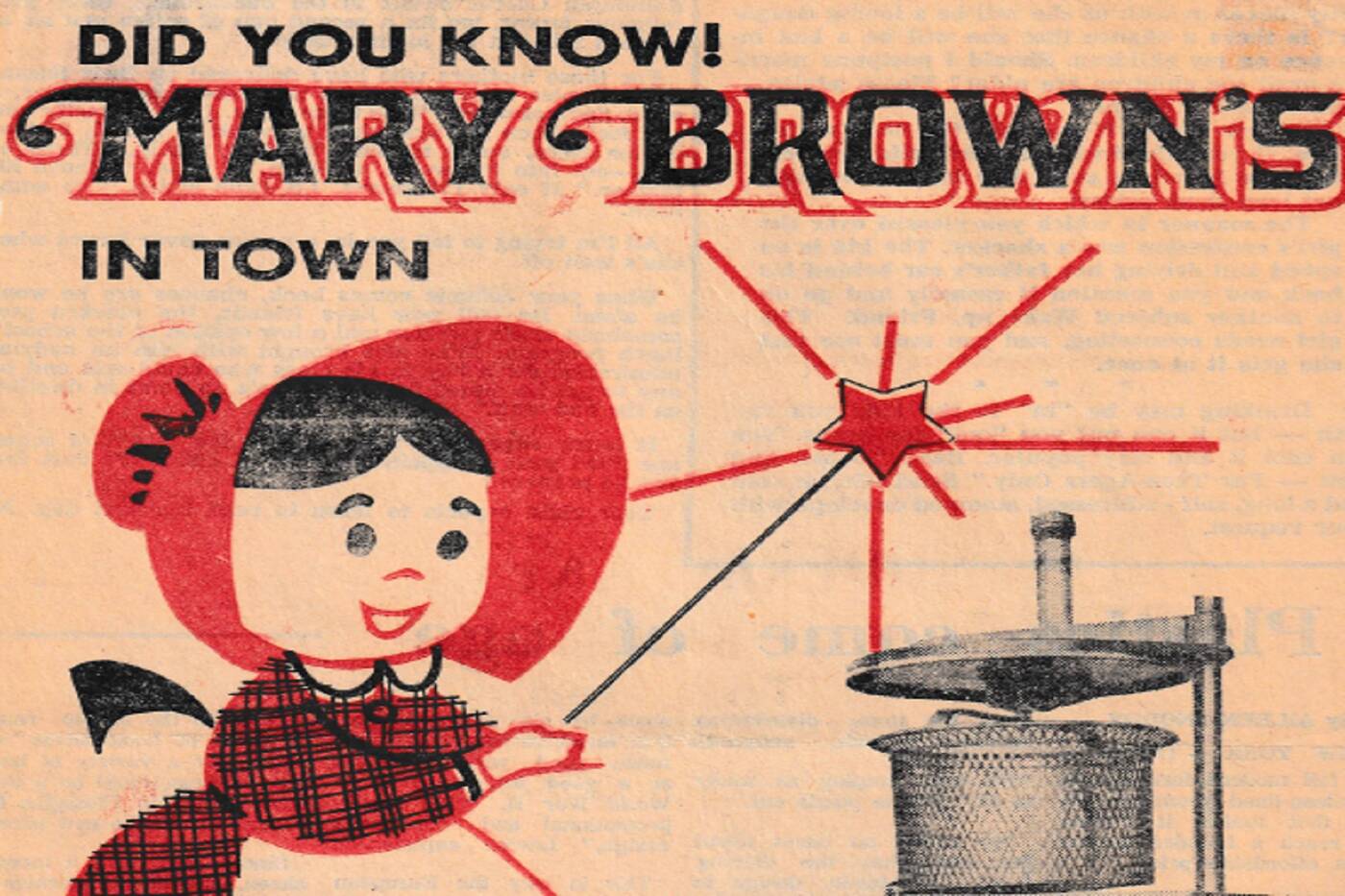 Newfoundlanders Pat Tarrant and Cyril Fleming purchased the coveted recipe in 1969, and initiated the franchise then known as Golden Skillet with an emphasis on quality, favoring fresh over frozen even with the associated costs. 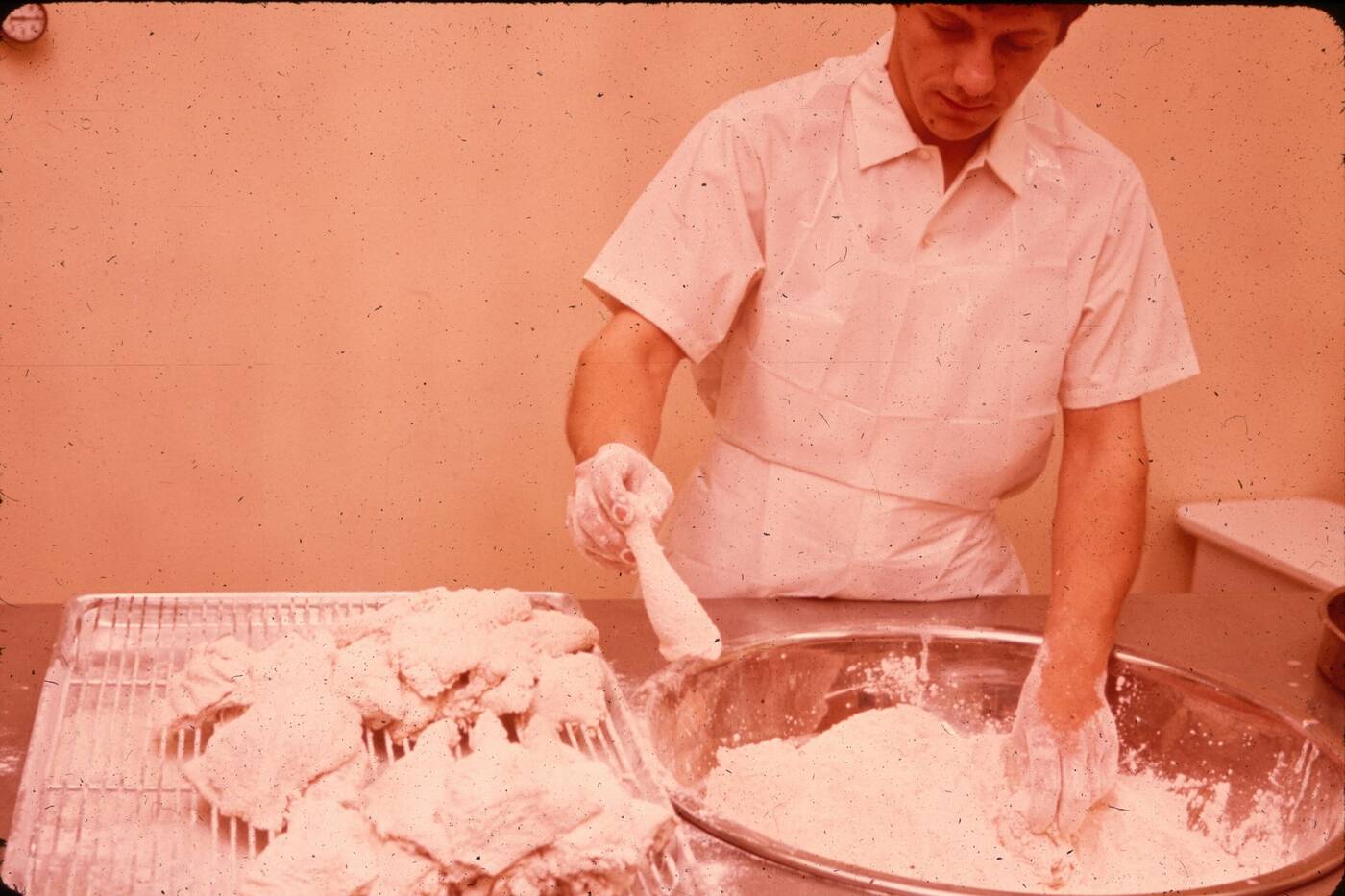 After re-branding to honour their creator, Mary Brown's developed its own proprietary cookers which used heat to “seal in juiciness and flavour” as opposed to the industry standard pressure frying. 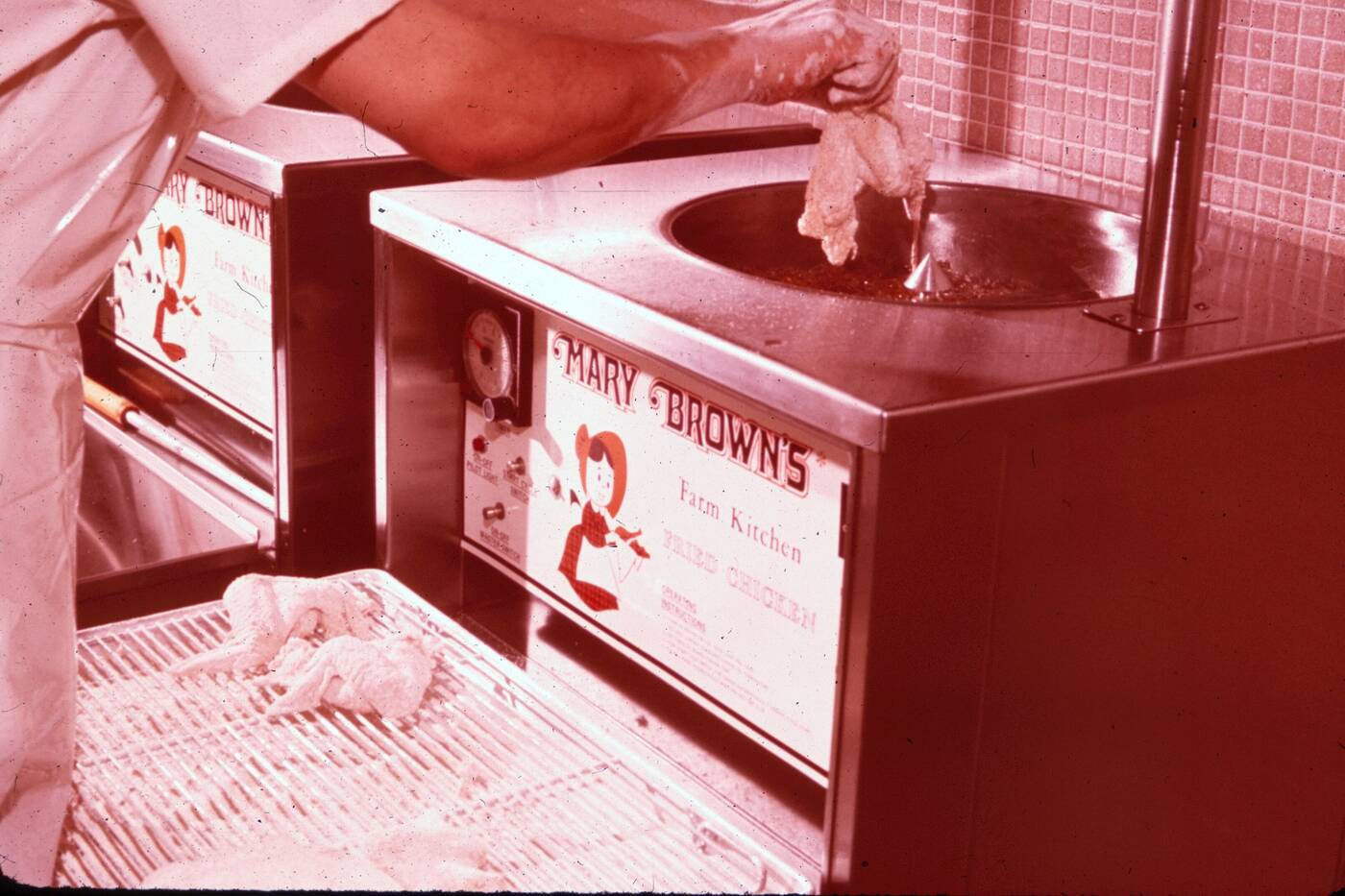 By 1972, Mary Brown's had opened locations in Toronto, Oshawa and Mississauga, and began an expansion westward to Alberta, and within the Maritime provinces. 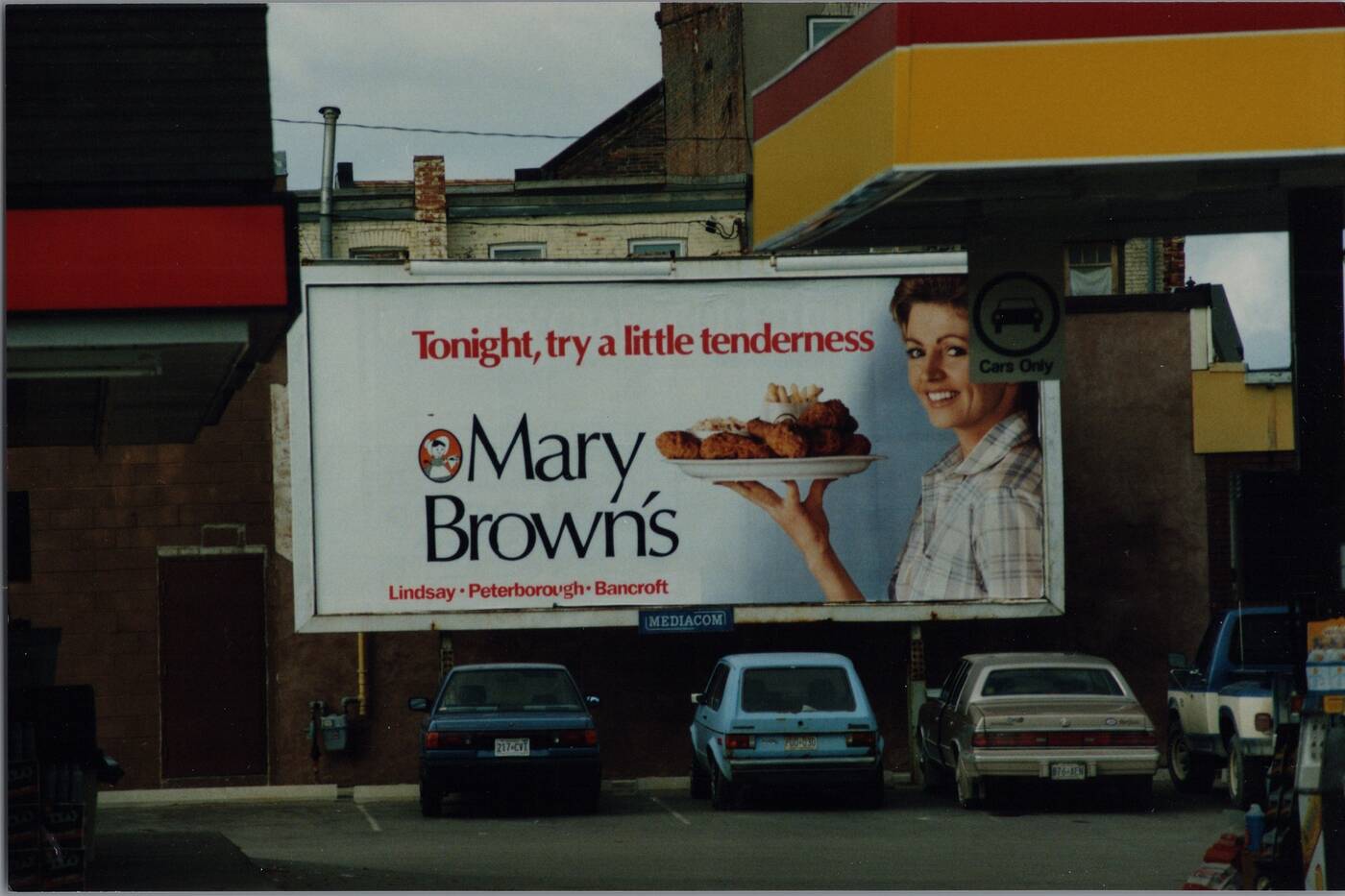 In 1985, a Mary Brown's Fried Chicken restaurant on Queen Street West created a local controversy when they applied for (and were denied) a liquor license to sell beer alongside their food.

At that time, Toronto City Council had passed a bylaw banning the granting of any new liquor licenses in the area running along Queen Street West from Dufferin Street, to Roncesvalles Avenue, to Howard Park Avenue.

The local community felt there were already enough establishments serving liquor and there were “numerous concerns about the amount of drunkenness in the Parkdale area.” If only those ‘80s NIMBYs could see the city now!

Over the years Mary Brown's has used several slogans, from “Mary Brown has the best legs in town” during the less sensitive ‘70s to “Nothing Else Comes Close,” “Made Fresh from Scratch,” “Crave Delicious,” and “Truly Canadian” in more recent times. 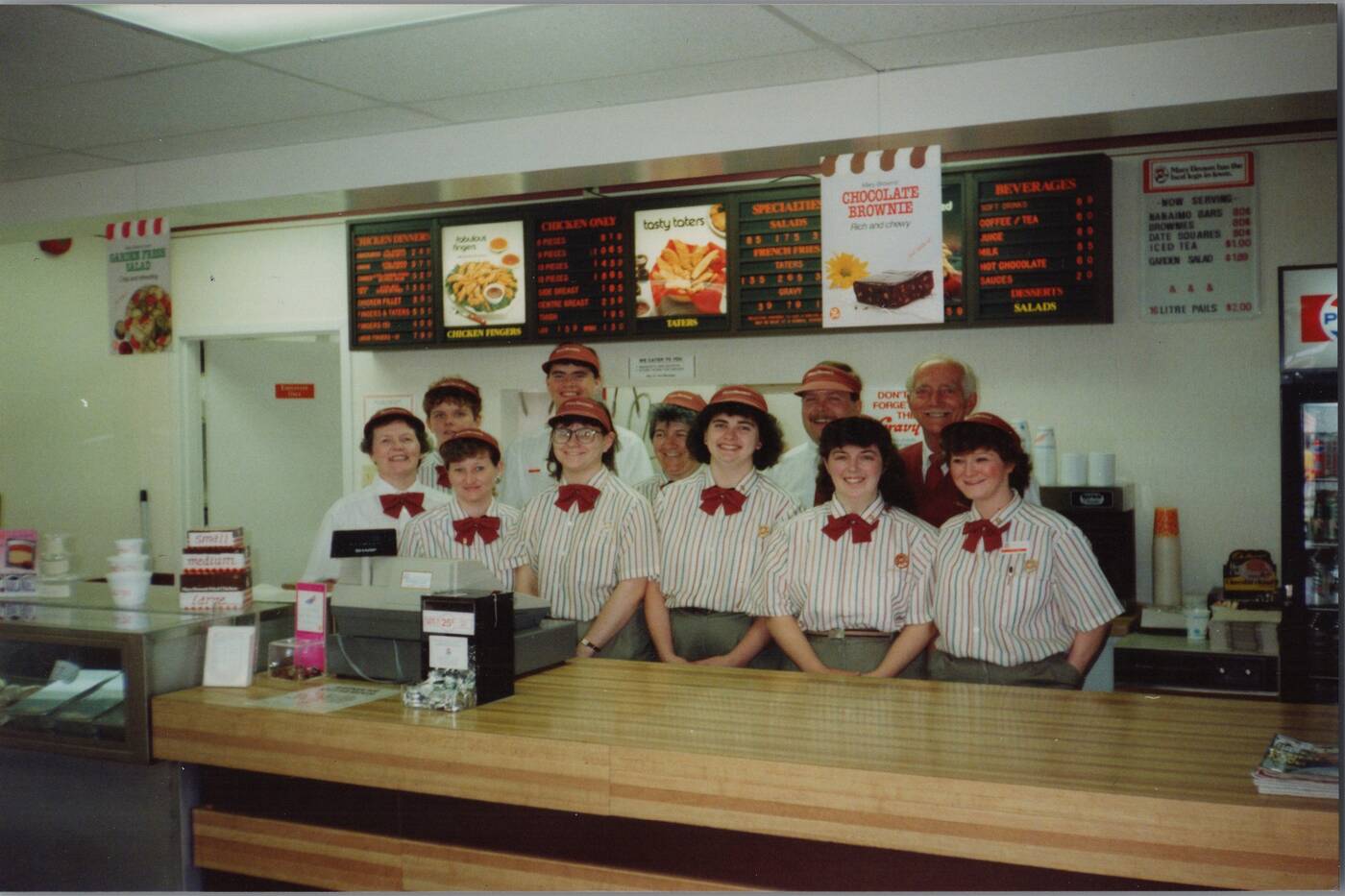 The company emphasizes the atmosphere and hospitality found in Mary Brown stores, which showcases their Newfoundland roots. Courtesy of Mary Brown's.

In 2007, the brand was acquired by Newfoundland entrepreneur Greg Roberts, who has grown the number of restaurants from 67 locations to 204 across Canada (he also appeared in an episode of Undercover Boss). 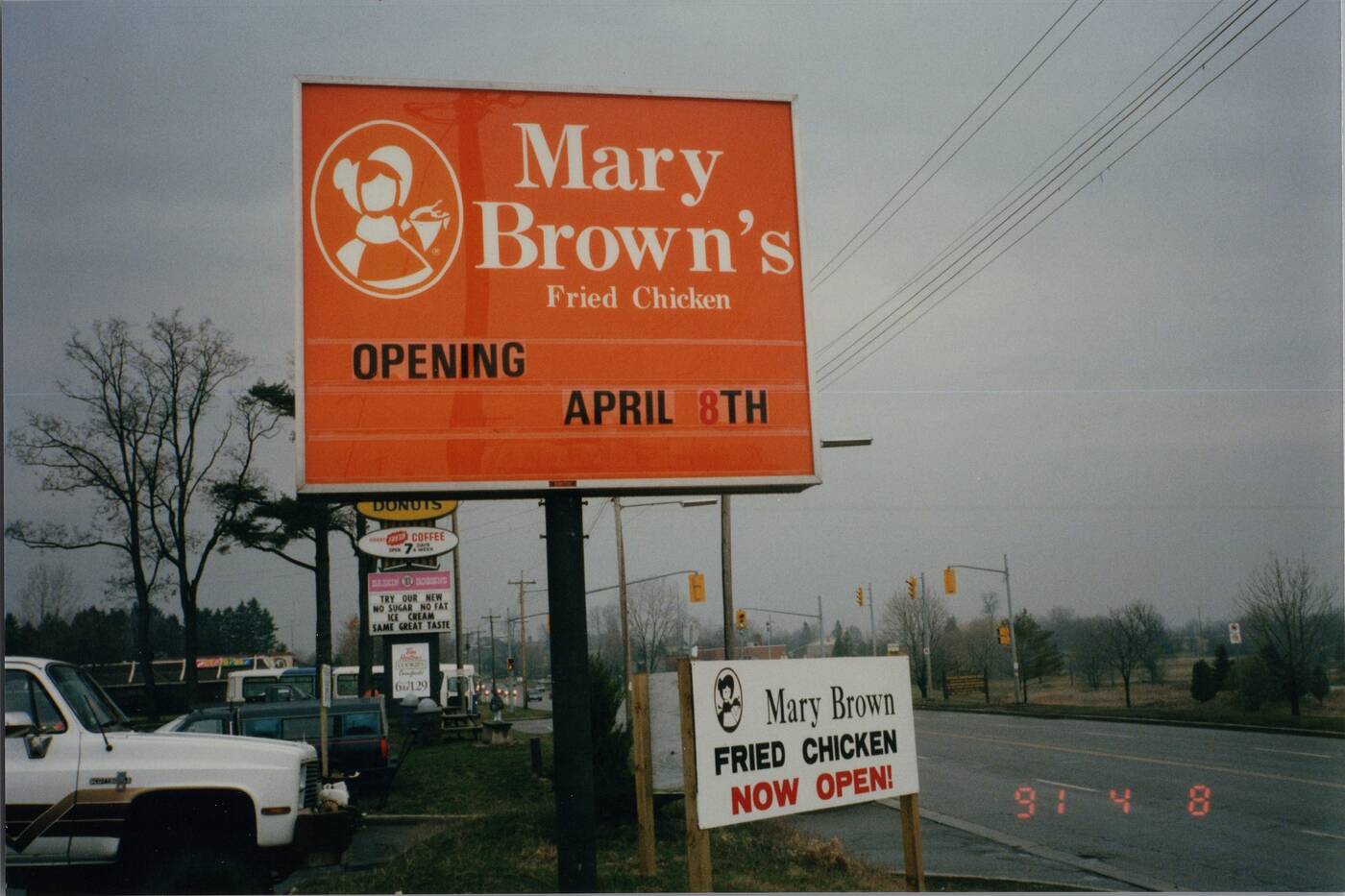 Mary Brown's expanded across Ontario in the '70s and '80s. Courtesy of Mary Brown's.

Roberts emphasizes that the atmosphere and hospitality found in Mary Brown stores showcases their Newfoundland roots, differentiating themselves from the many American chains by highlighting their Canadian foundation. 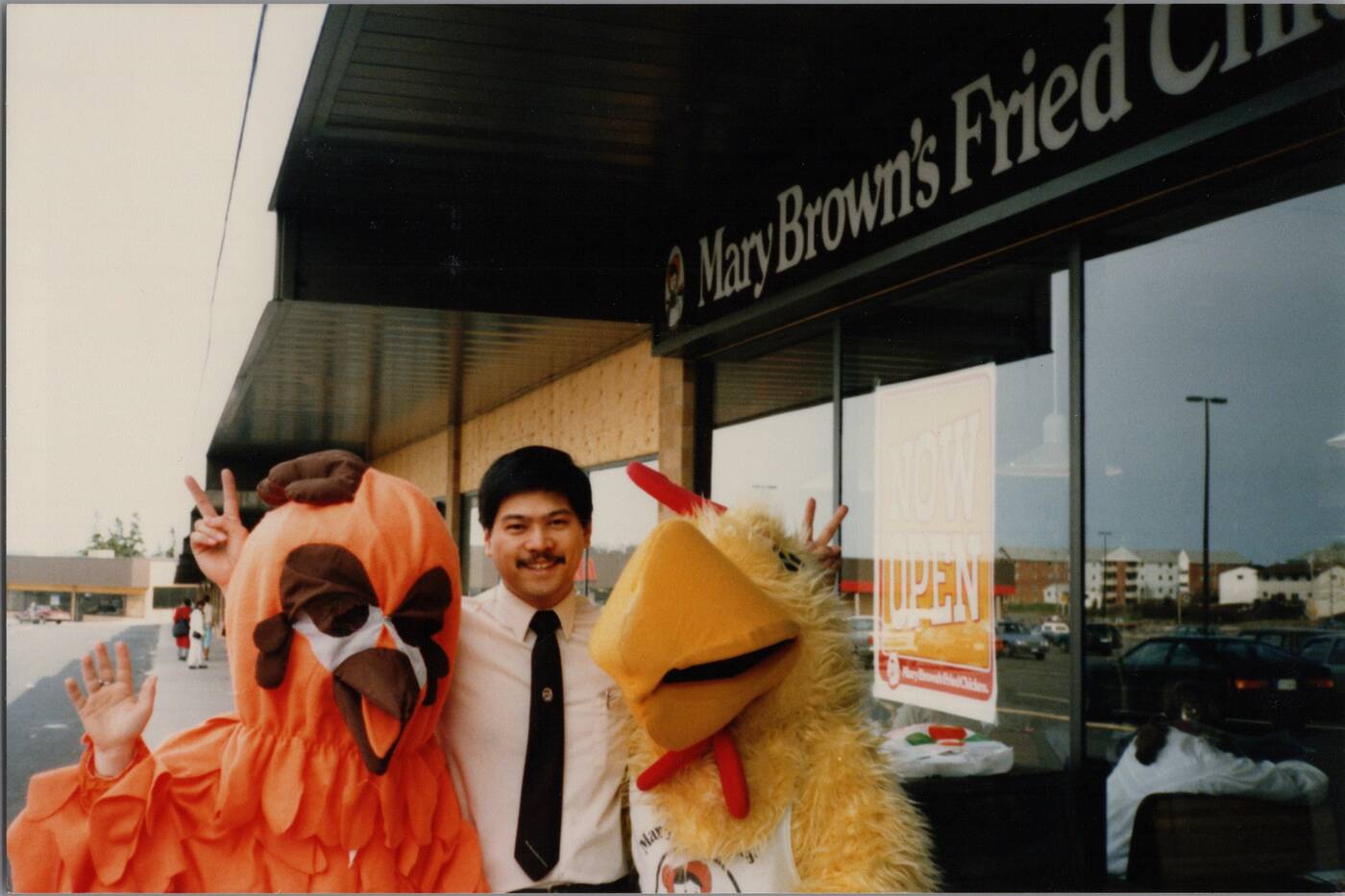 Ever since the Chicken Sandwich Wars ignited in 2019 with American chains Popeyes and Chick-fil-A using Twitter as their battleground, interest in fried chicken in general has exploded.

According to Edison Trends "online spending on chicken sandwiches across all restaurants in this analysis combined grew 420% between January 2019 and December 2020, likely driven by the shift toward online spending during the pandemic.” 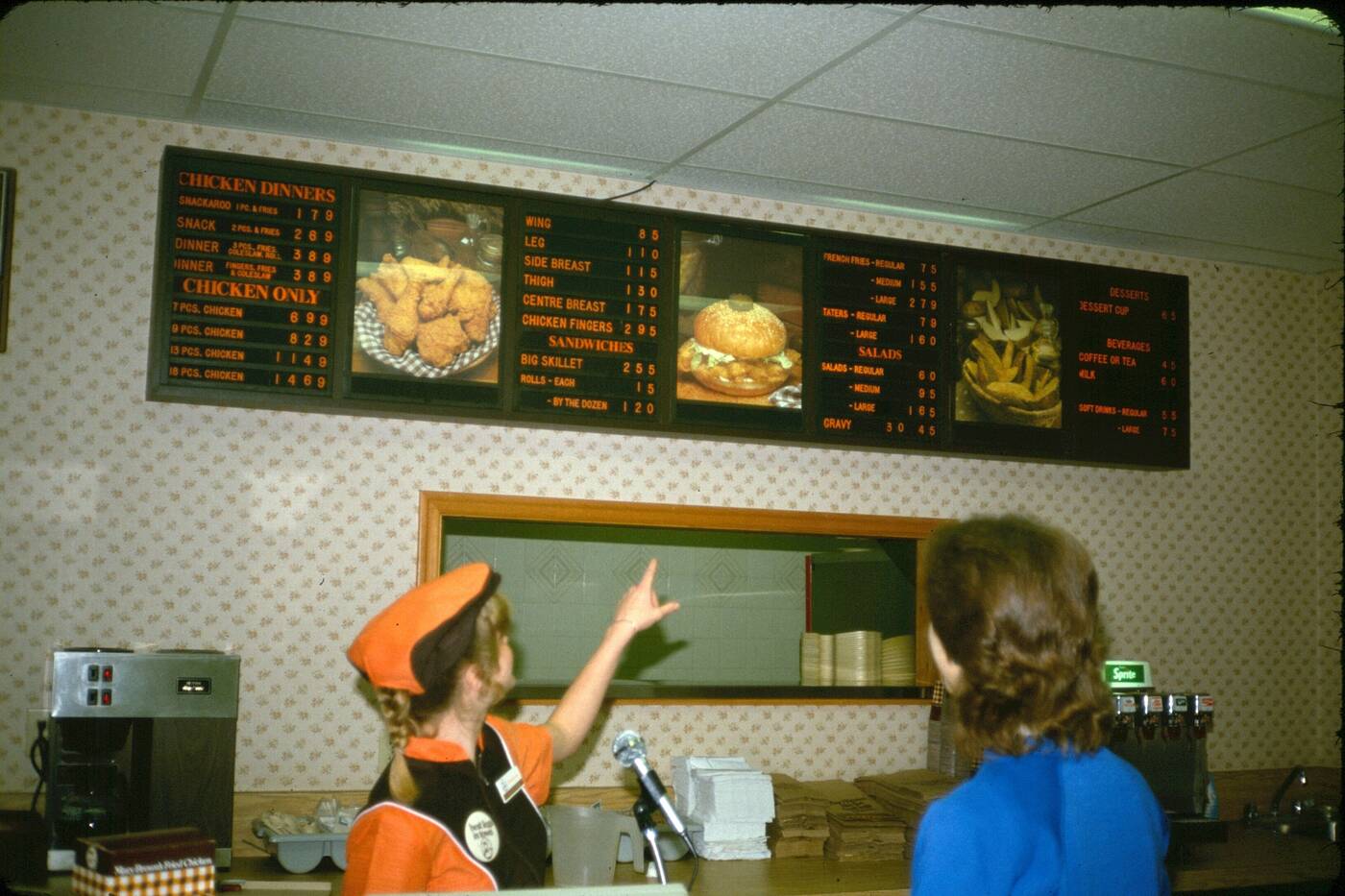 Chicken is also a comfort food, maybe one of the most comfortable, and only solidified its position as we all looked for a tasty escape from the parade of bad news.

Mary Brown’s sticks to their old-school values, which is quite admirable in these cost-cutting days. Their chicken is Canada Grade A, delivered fresh and prepared in small batches in-store. The Signature Big Mary Sandwich is made with no fillers while the popular Taters are cut and seasoned by hand daily. 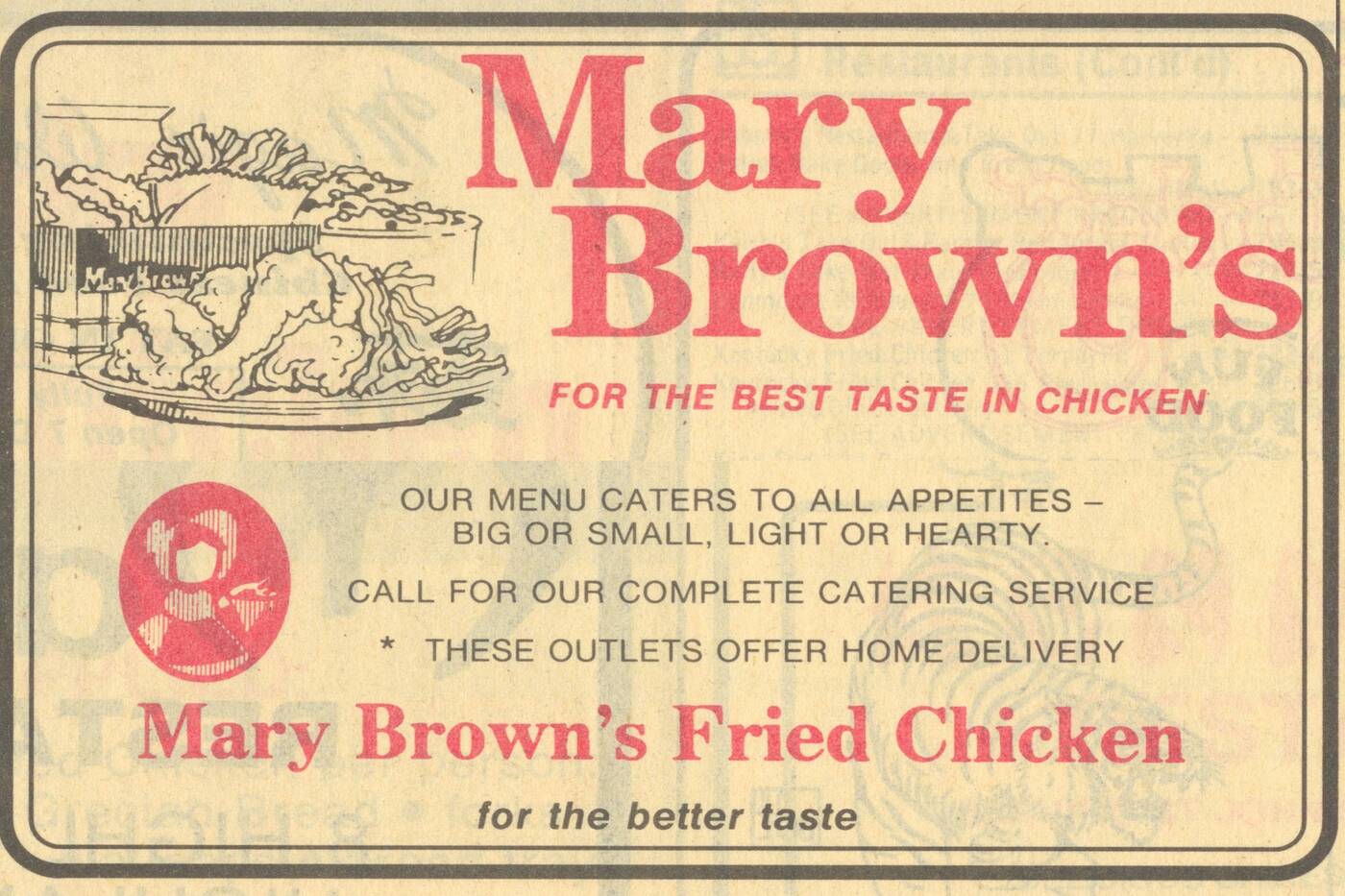 The company also donates to many worthwhile causes, including BGC Canada (formerly Boys and Girls Clubs). They sponsored the removal of newspaper paywalls in the early days of COVID-19, as well as provided food to frontline workers as the pandemic wore on. 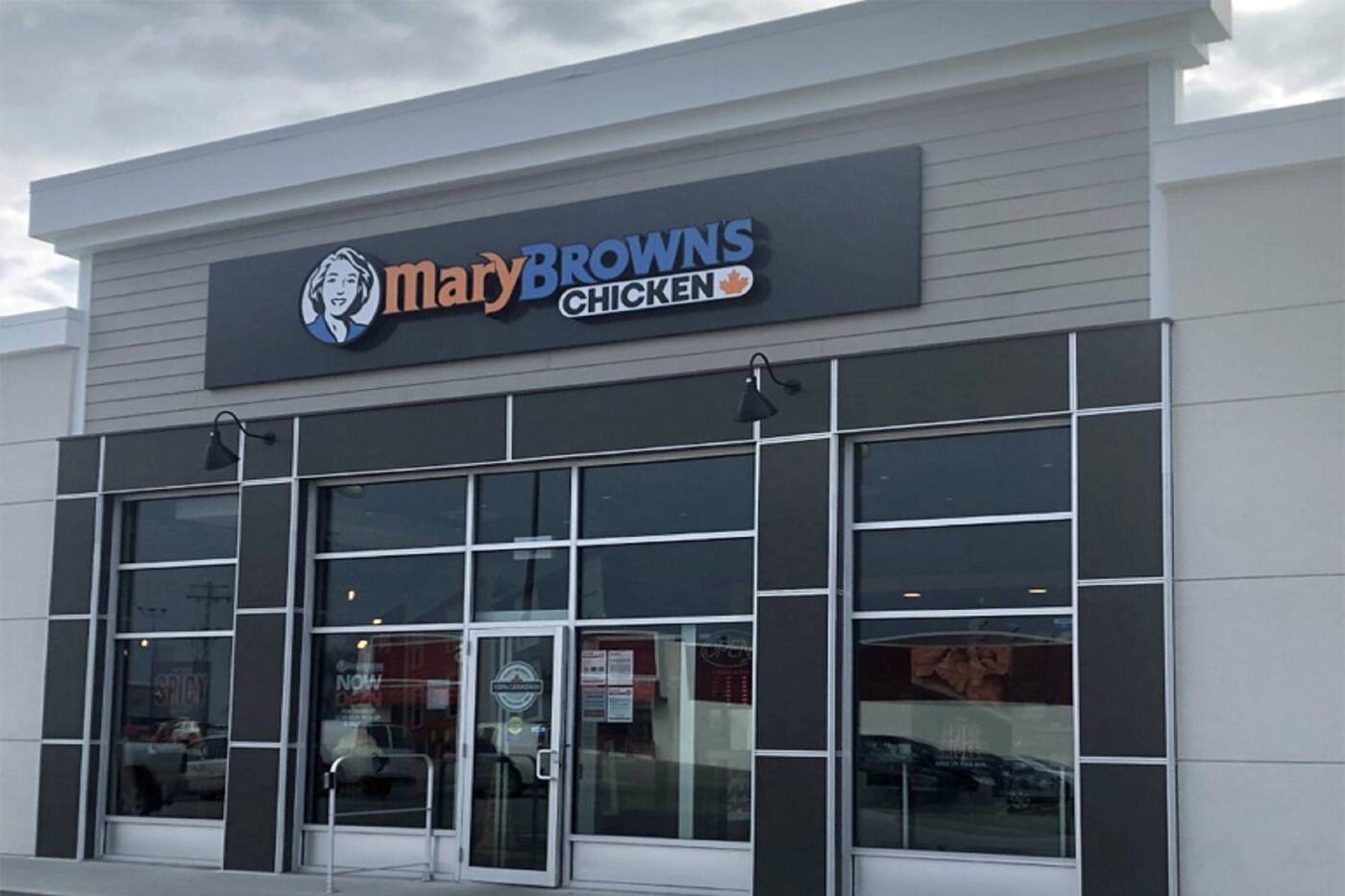 With the increasing number of American fast-food chains taking over the city, it’s nice to see that a homegrown Canadian chain can still be successful, especially one that values quality.