They have over 170 locations in Canada, but only a few in Toronto, most located in less central areas than this one. 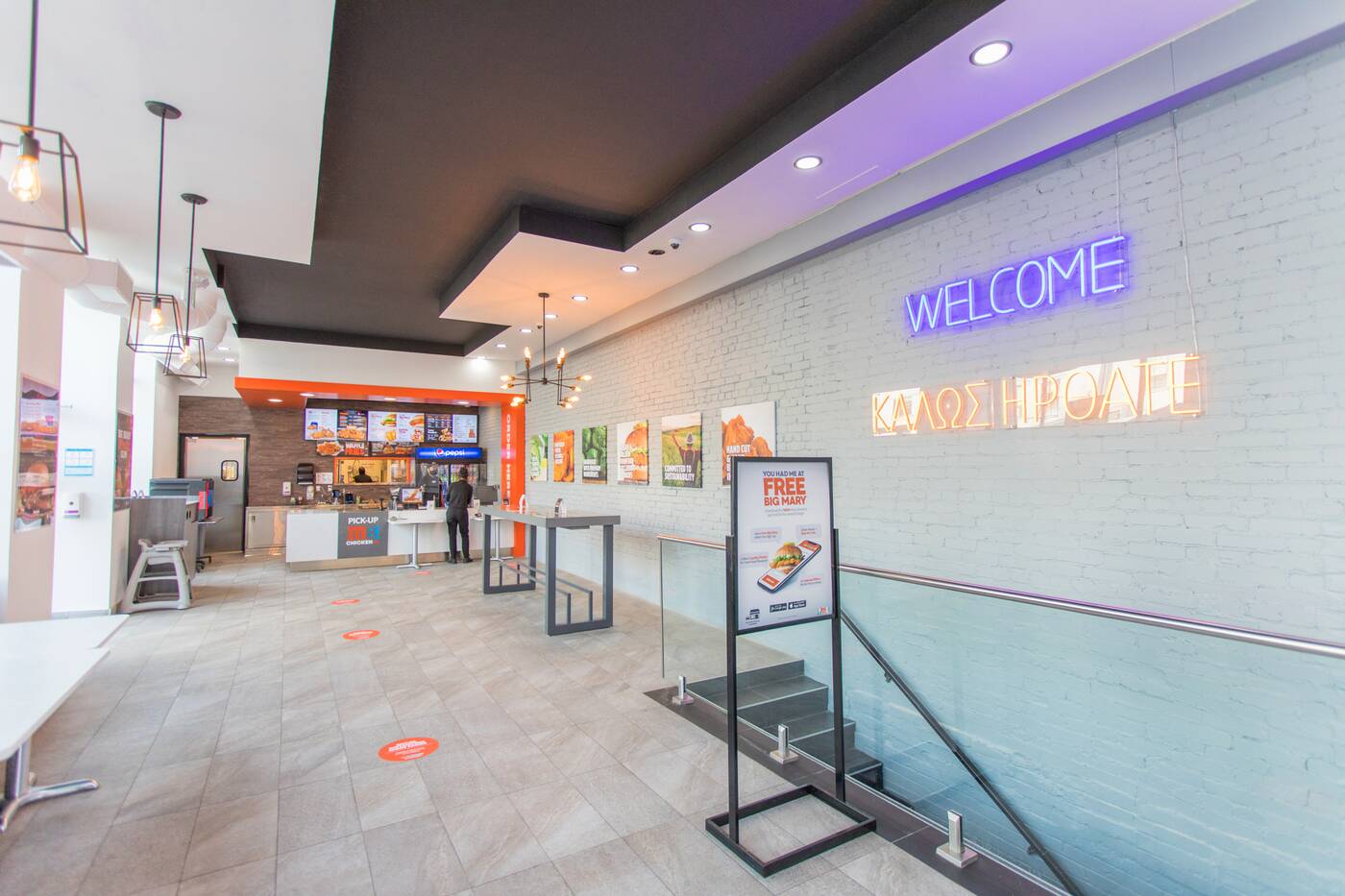 The chain has taken over the Cafe Frappe space, once a community hub. 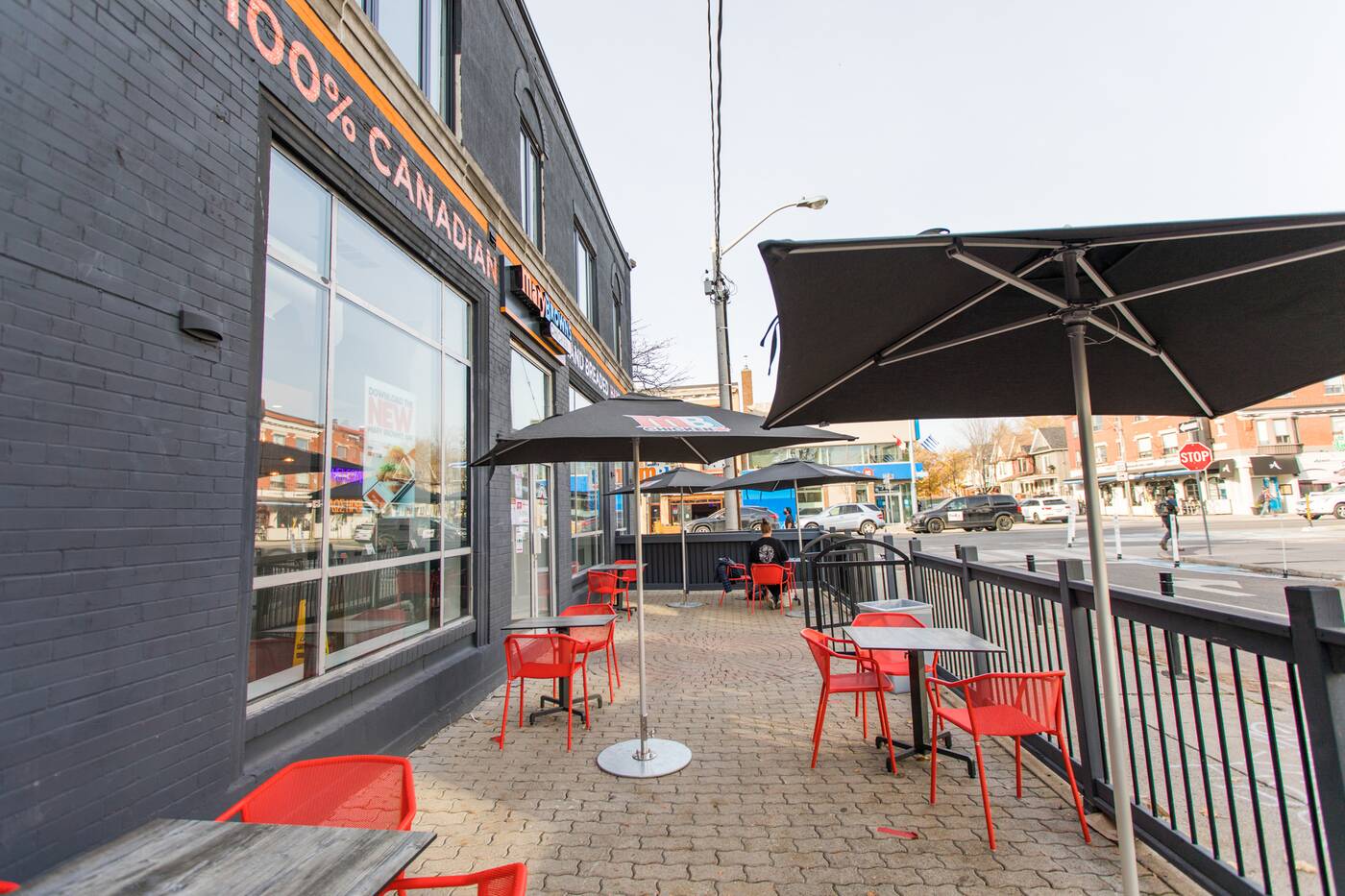 They've paid homage to the neighbourhood with a Greek neon sign inside, and fortunately have retained the spot's spacious patio. 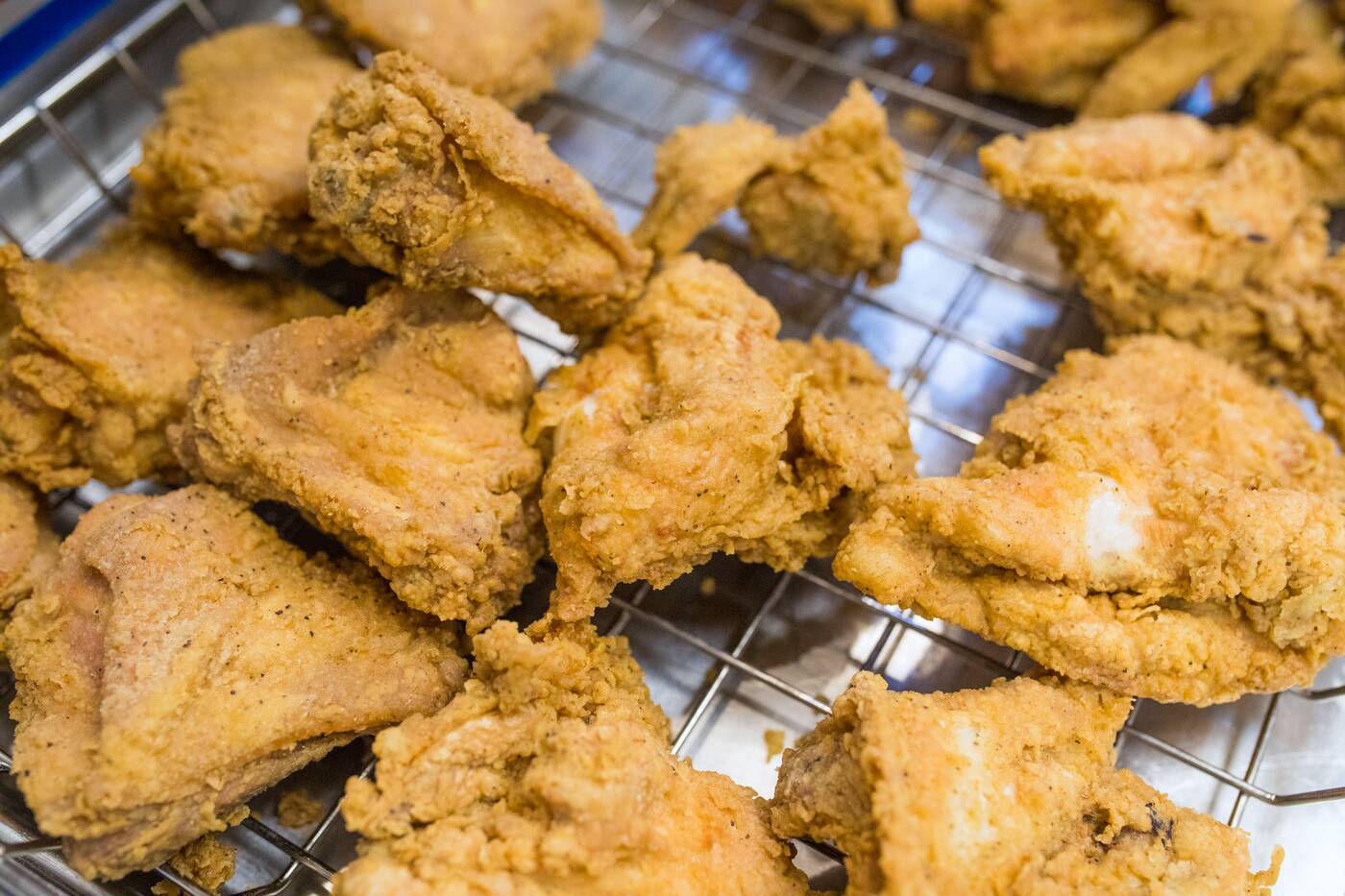 Whole, fresh, local Grade A chicken is cut and breaded by hand at all stores. 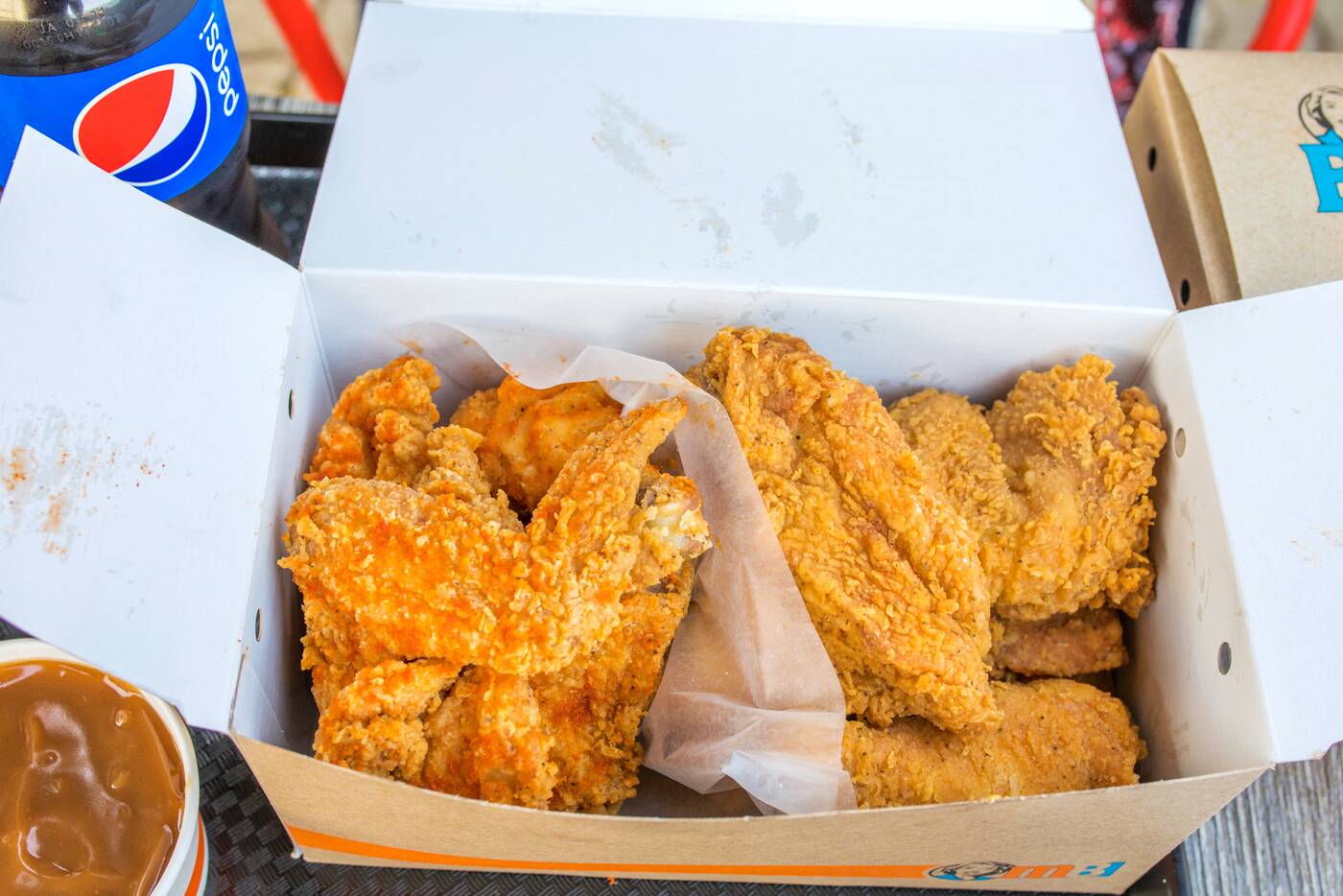 Feasts start at nine pieces for $32.99, served with a large portion of "Taters," medium salad and medium gravy. More on the Taters in a bit, but we start with the chicken, getting a mix of their spicy and regular options.

It's juicy and definitely tastes similar to fried chicken at other chains, but the breading is a little less thick and crunchy, so if you're looking for a lighter coating you'll be happy here. The dusting of dry spicy seasoning definitely has a decent kick to it. 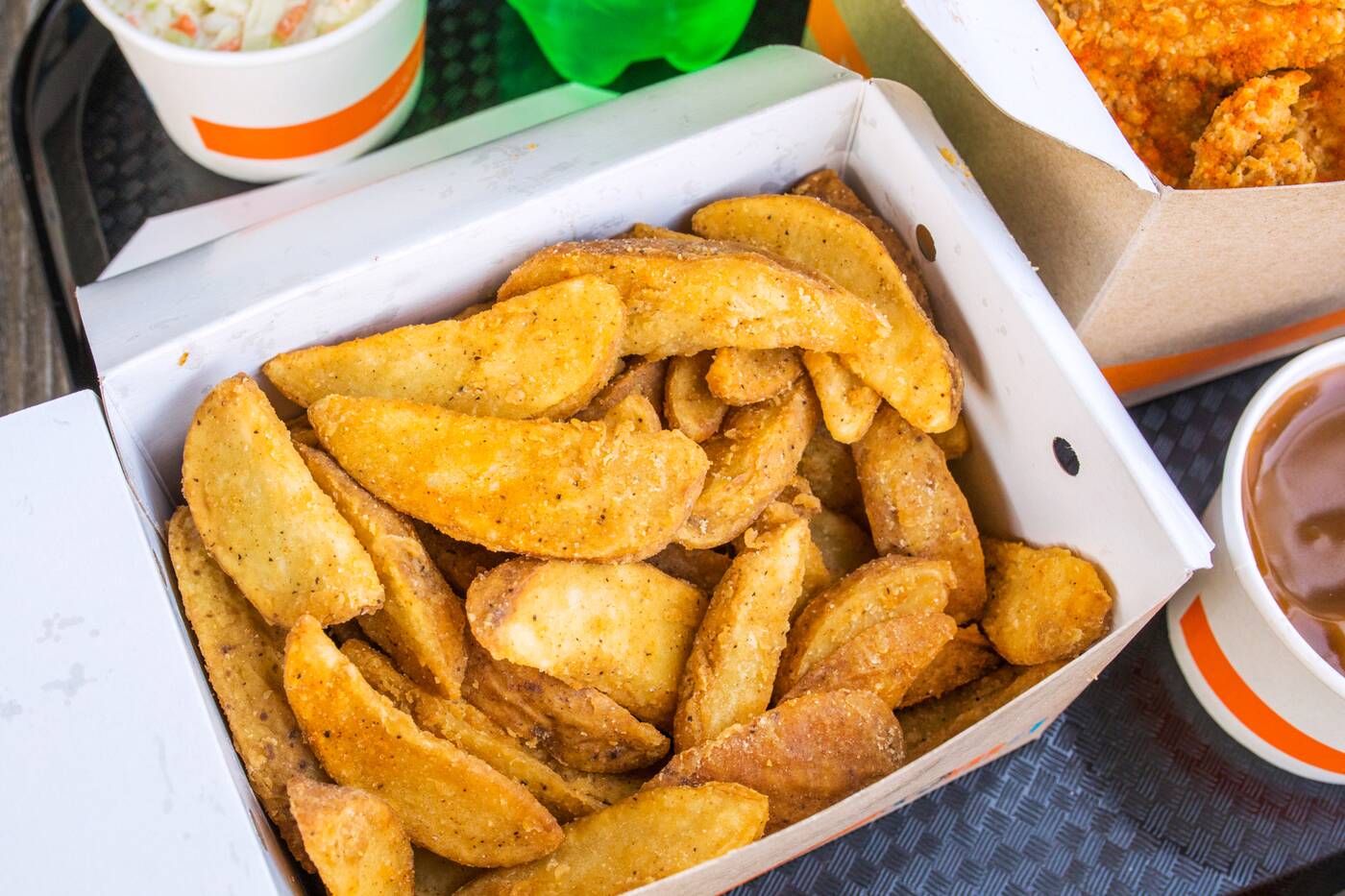 Back to the Taters: they're a Mary Brown's signature, cut and prepared by hand using Canadian potatoes and cooked in small batches. They're basically fluffy potato wedges, definitely more substantial than your usual fries. 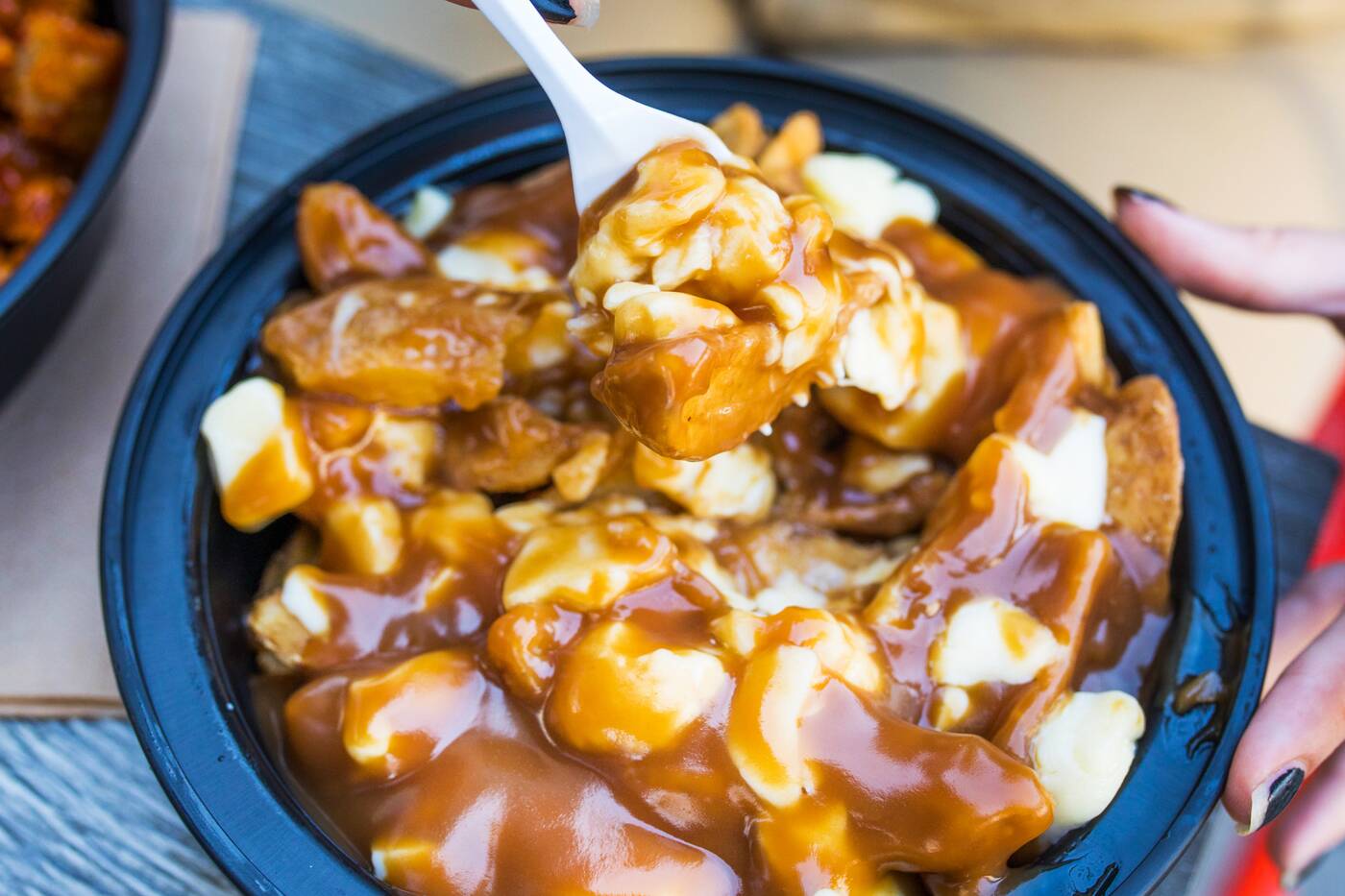 Don't miss their Tater Poutine either, which starts at $6.29 for a small order. You can also add their "Chicken Pop-Ins" or pulled chicken on top. 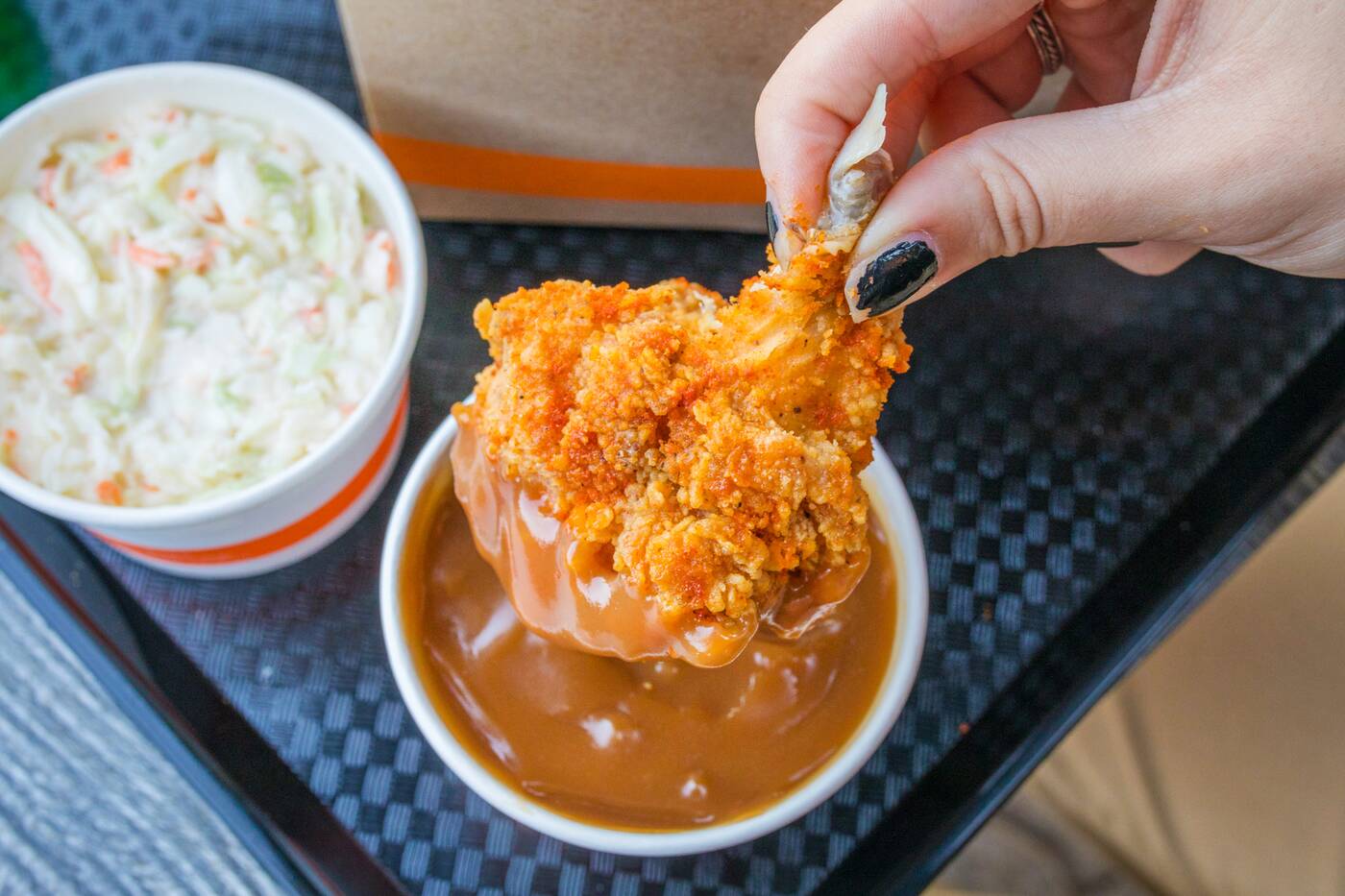 The gravy is super thick, great for dipping fried chicken or Taters into. 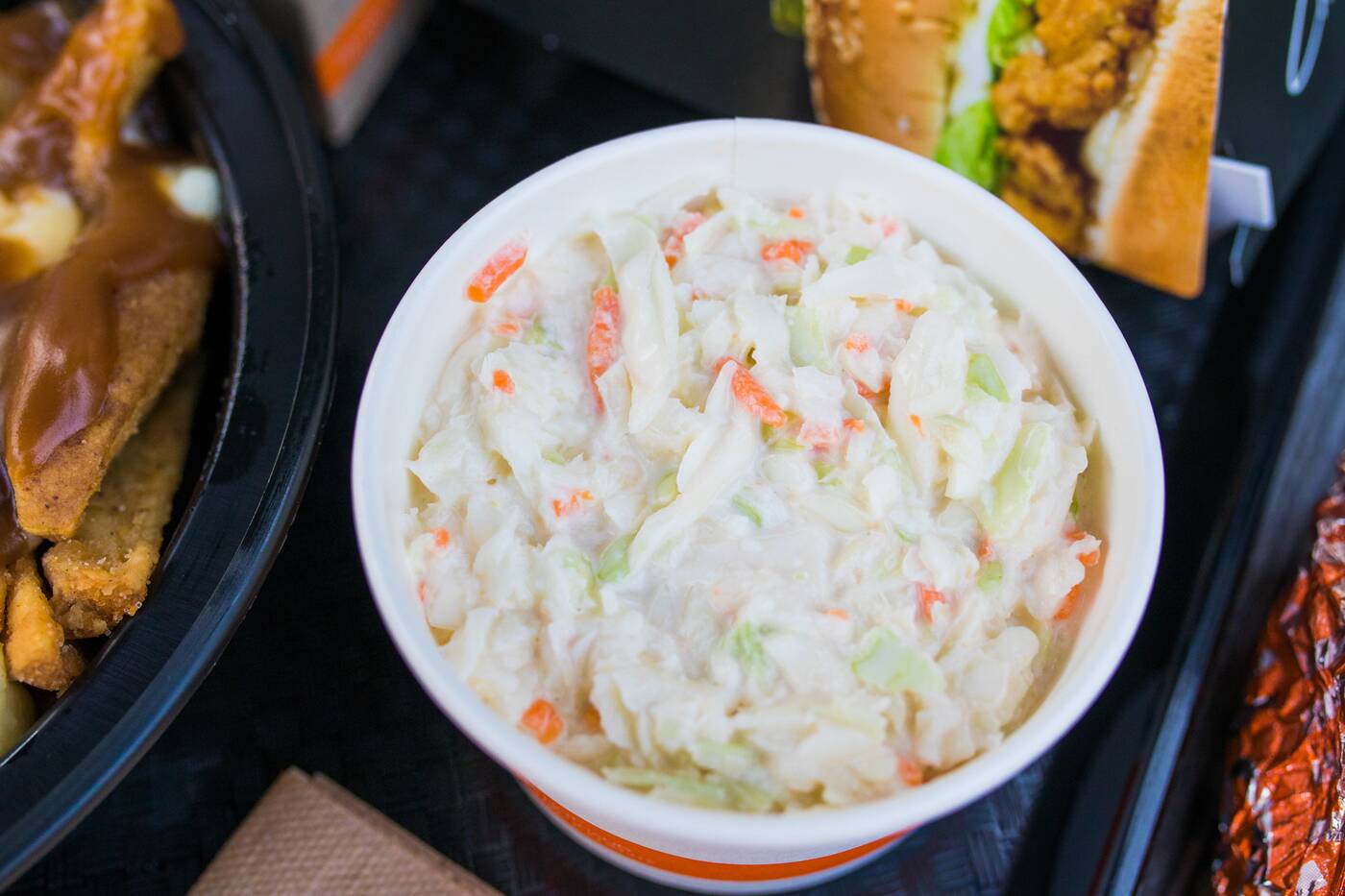 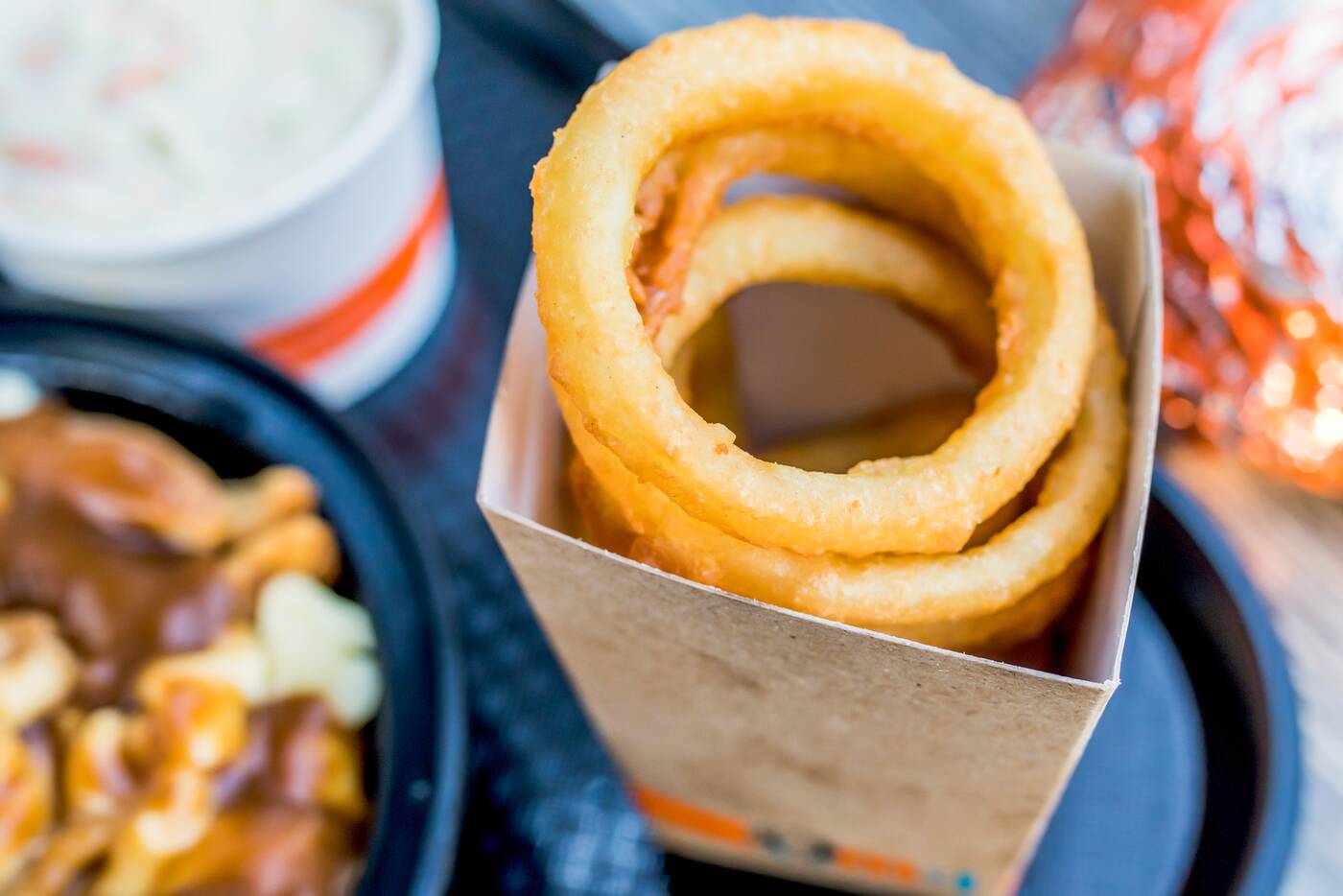 Onion rings start at $3.49 for another side, and while I'd say they're close to being really good, the batter doesn't adhere perfectly to the onion. I'd personally probably stick with the Taters. 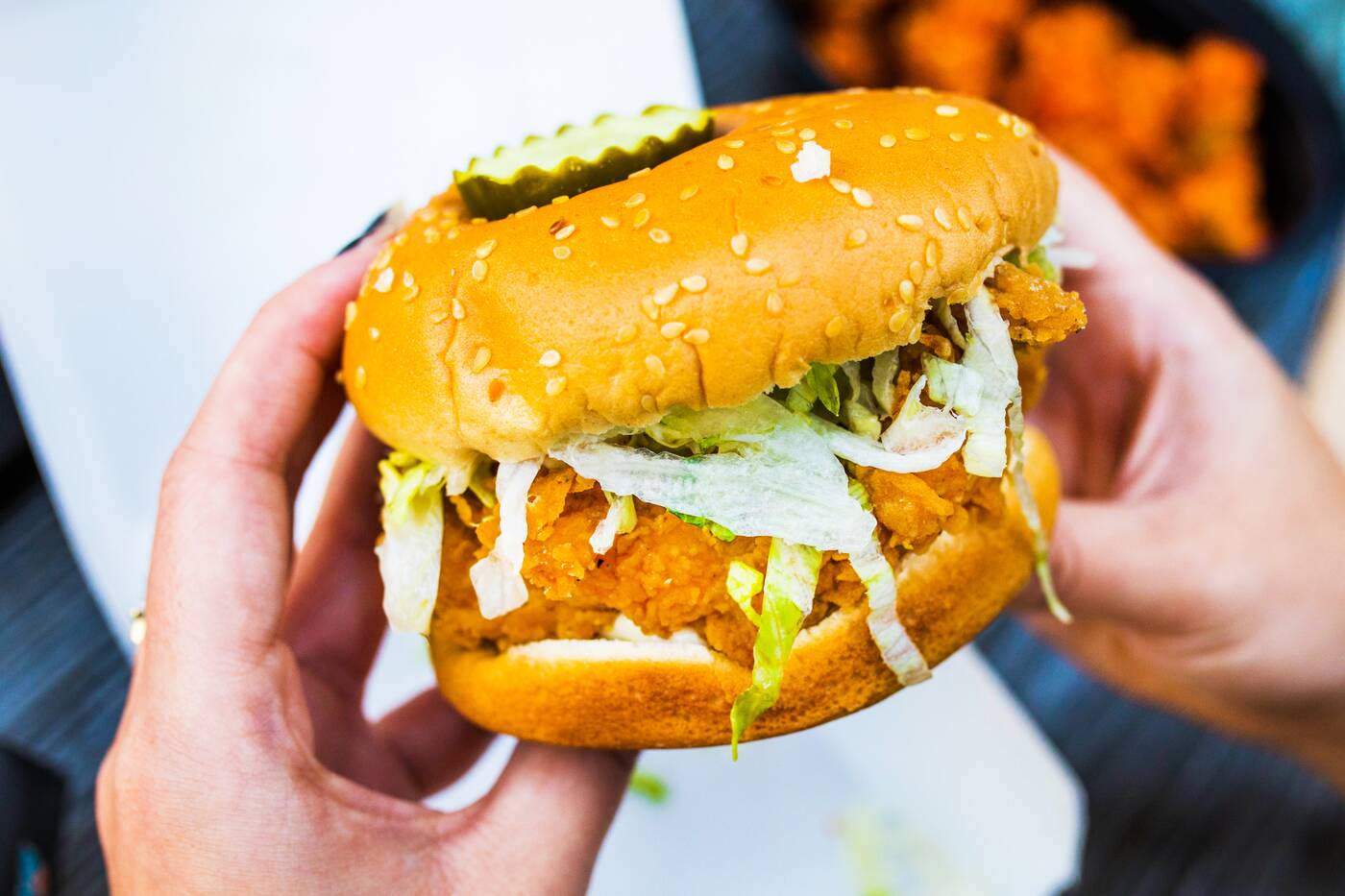 Mary Brown's is known for their chicken sandwiches, the classic being the Big Mary ($10.49 as part of a combo with Taters and a drink), a whole chicken breast with mayo and lettuce on a sesame seed bun topped with a pickle. 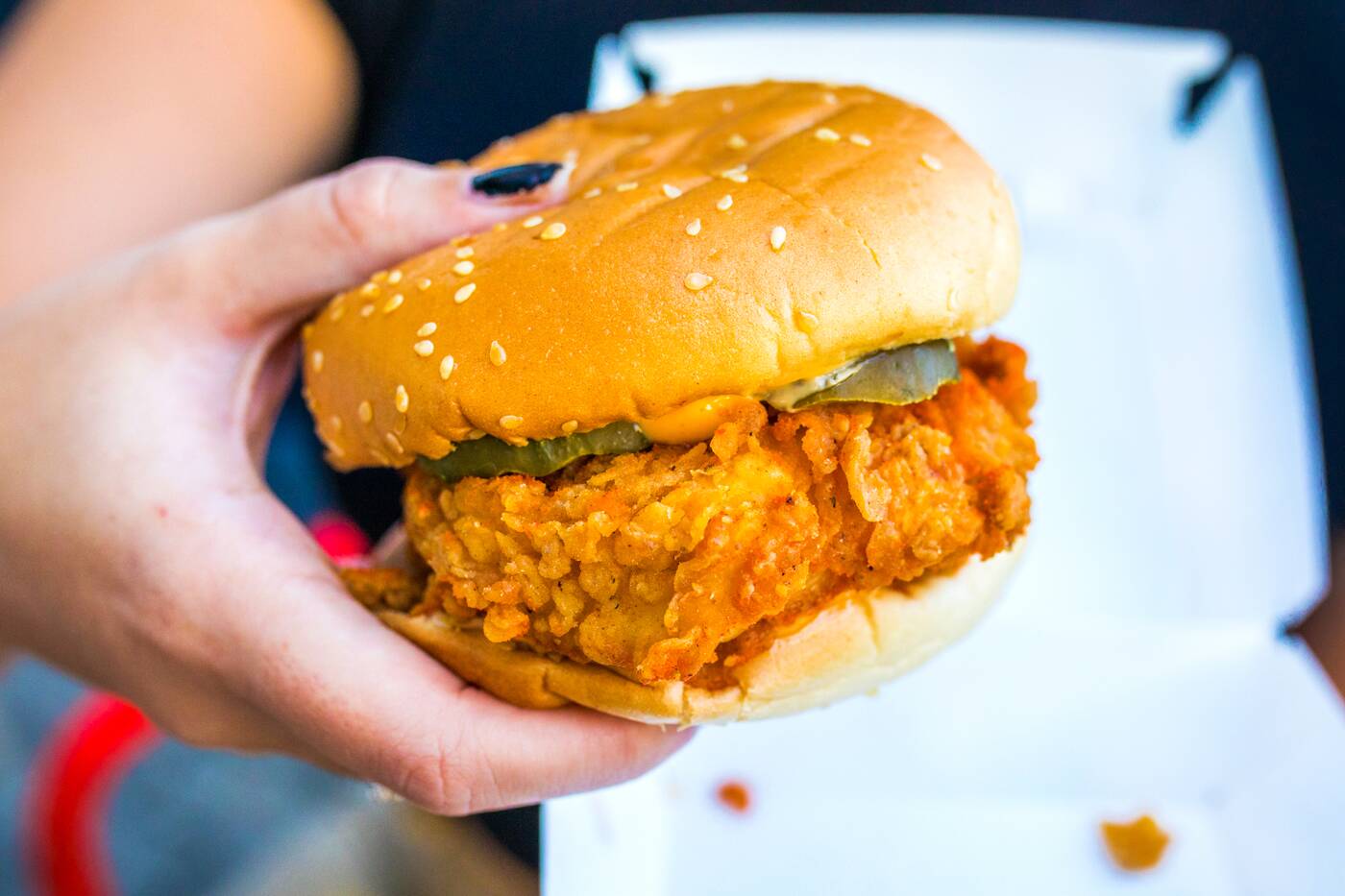 The Spicy Mary (same price) dusts their chicken breast with the same spicy seasoning as you can get on the spicy bone-in chicken, adding spicy mayo and pickles. 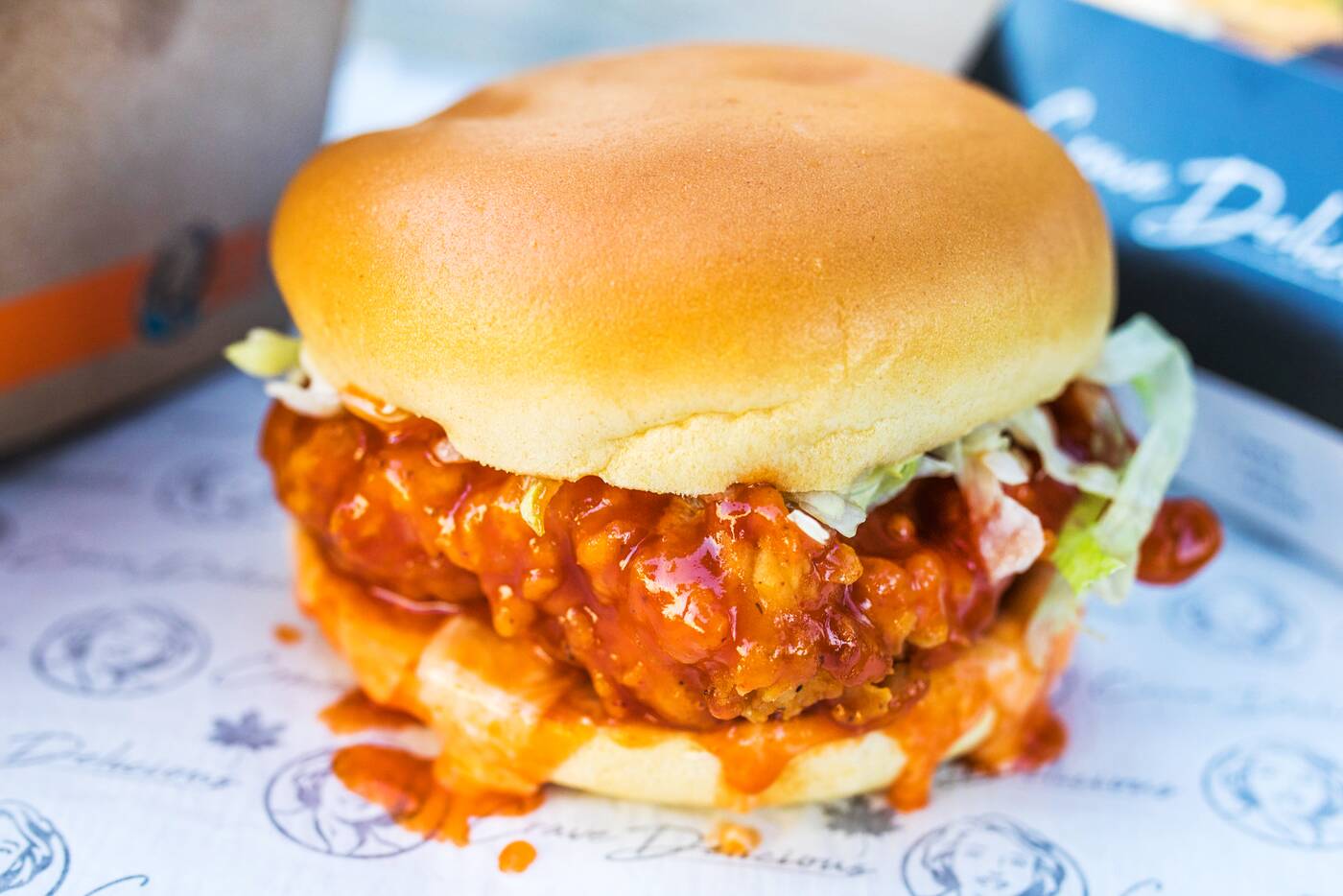 The Buffalo Mary ($10.99 for a combo) douses the same chicken breast in a ton of mildly spicy sauce - maybe almost too much. It's tasty, but makes for a bit of a soggy mess. 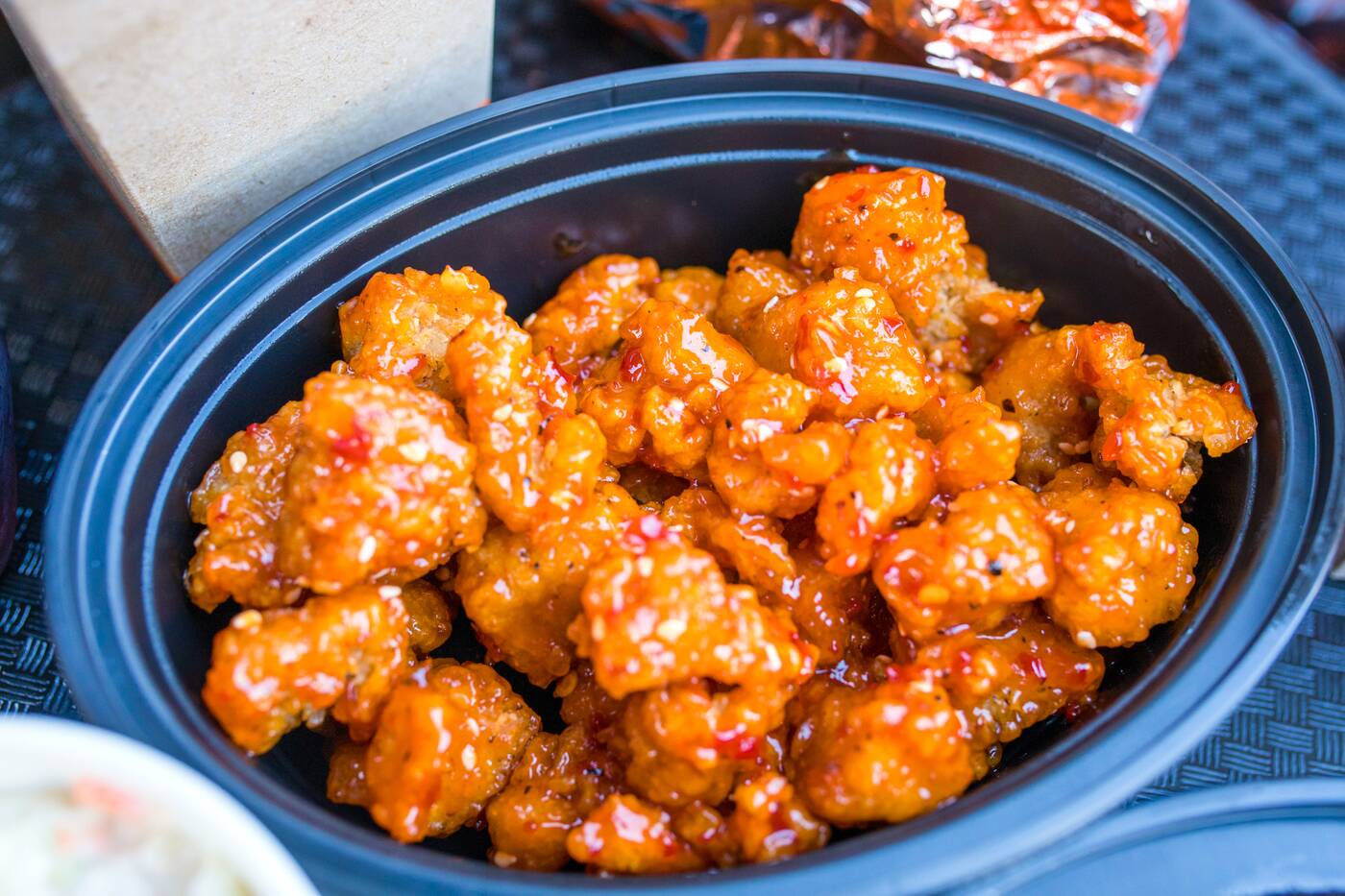 Pop-Ins start at $10.49 for a regular combo, and come in both regular and sticky sweet Thai sauce varieties. 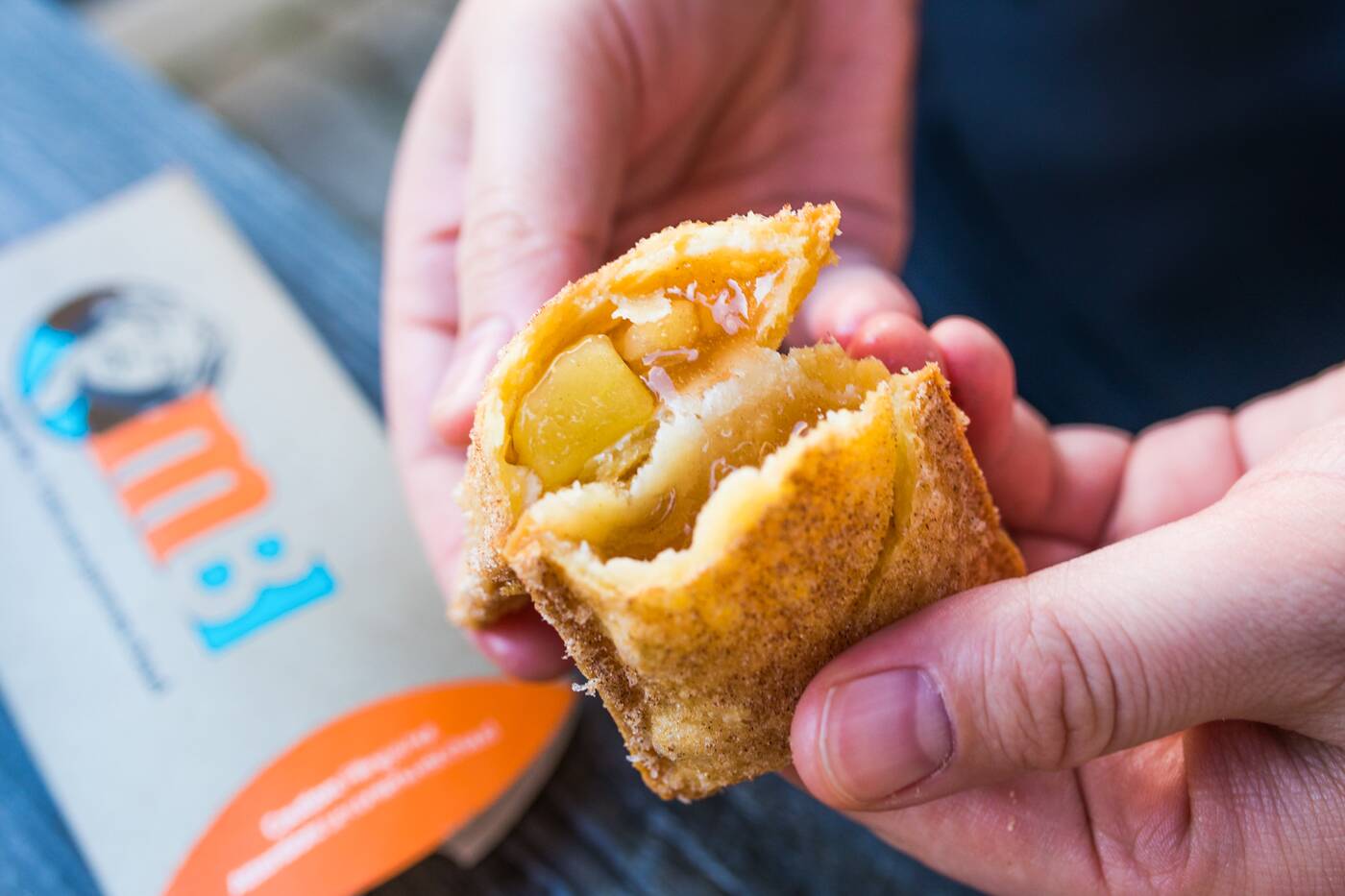 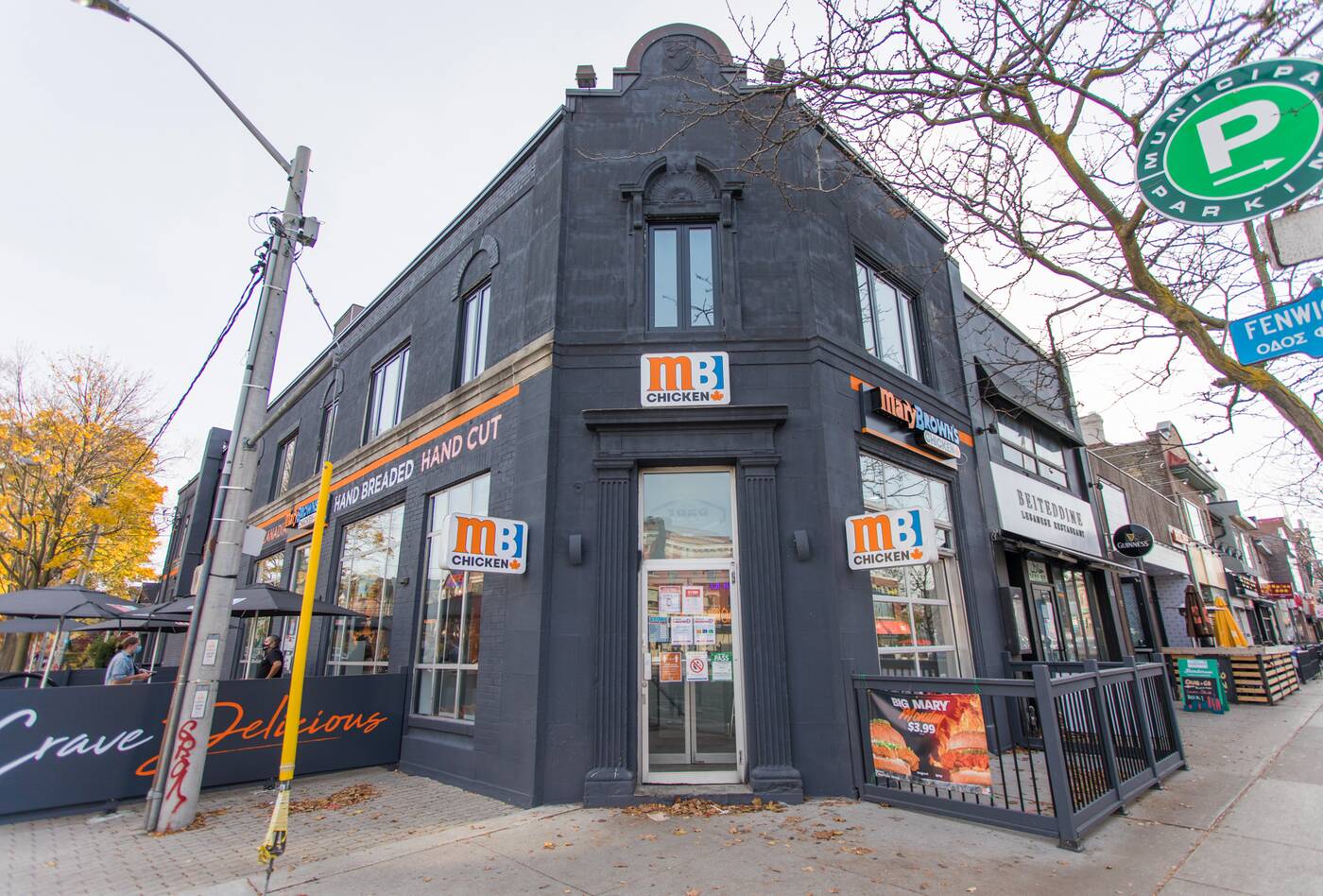