After a misleading video caused a Toronto restaurant to be accused of being unsanitary, they've cleared their name and have seen a rise in orders.

A video circulated around the holidays showing what appeared to be a worker at Hong Shing scooping up food off the ground, which the original poster called "disgusting."

Media outlet 6ixbuzz disseminated the video which quickly went viral, some people reacting with disgust based on their first impression, and some rushing to the defense of the restaurant, saying it was irresponsible to assume what was happening in the video without confirmation.

Hong Shing posted to their social media and spoke to media outlets about the incident, saying they were cleaning up a mess.

Now, people have been ordering from the Chinese food spot like crazy, with Hong Shing owner Colin Li telling blogTO that orders increased by around 20 per cent throughout the week.

"We saw an increase in support from some of our customers, as they believe that the video was not what it seemed," Li tells blogTO. "We can't thank the collective community enough for their support during this time."

People criticized the circulation of the video for hitting a restaurant while they're down as the industry is already suffering due to lockdowns, especially an Asian business. The restaurant was also already in a bad spot due to a massive fire that shut them down, though their kitchen is now back open.

However, Hong Shing's 25th anniversary is just around the corner and they're already building steam.

They're hoping to have the dining room ready by Lunar New Year and the VIP room by mid-to-late February. They're planning on having themed dinners, tasting nights and DJ nights in a 30-person private dining space with booth seating. 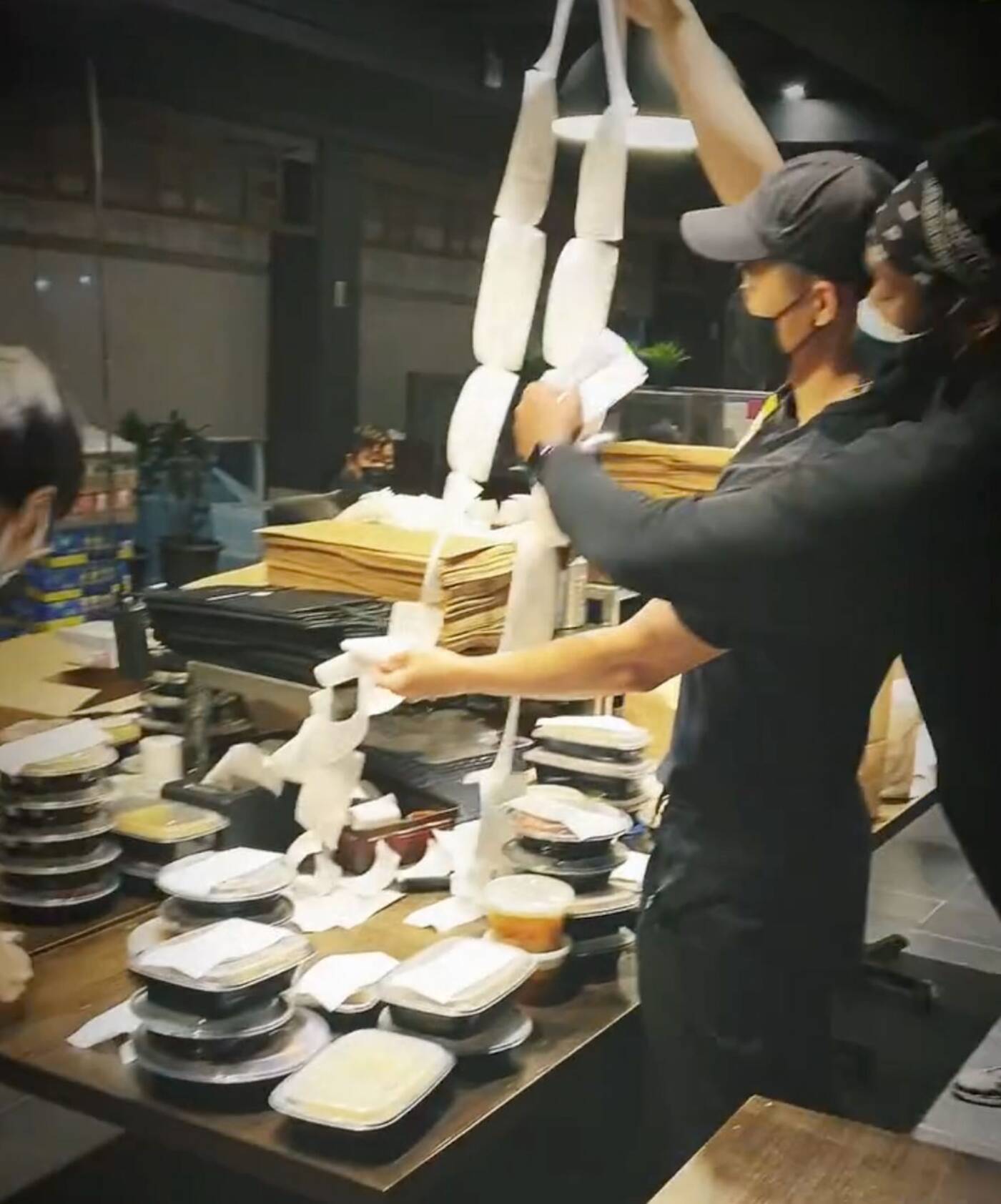 A photo from a recent evening showing the overwhelming number of receipts from takeout orders. Photo via Hong Shing.

Plans for reopening include a new bar program with cocktails, baijiu, sake and wine created specifically to pair with their Chinese food by bar manager Michael Ranger.

For the anniversary on Mar. 10, Hong Shing will be releasing limited edition merch and a special limited batch blended whiskey. 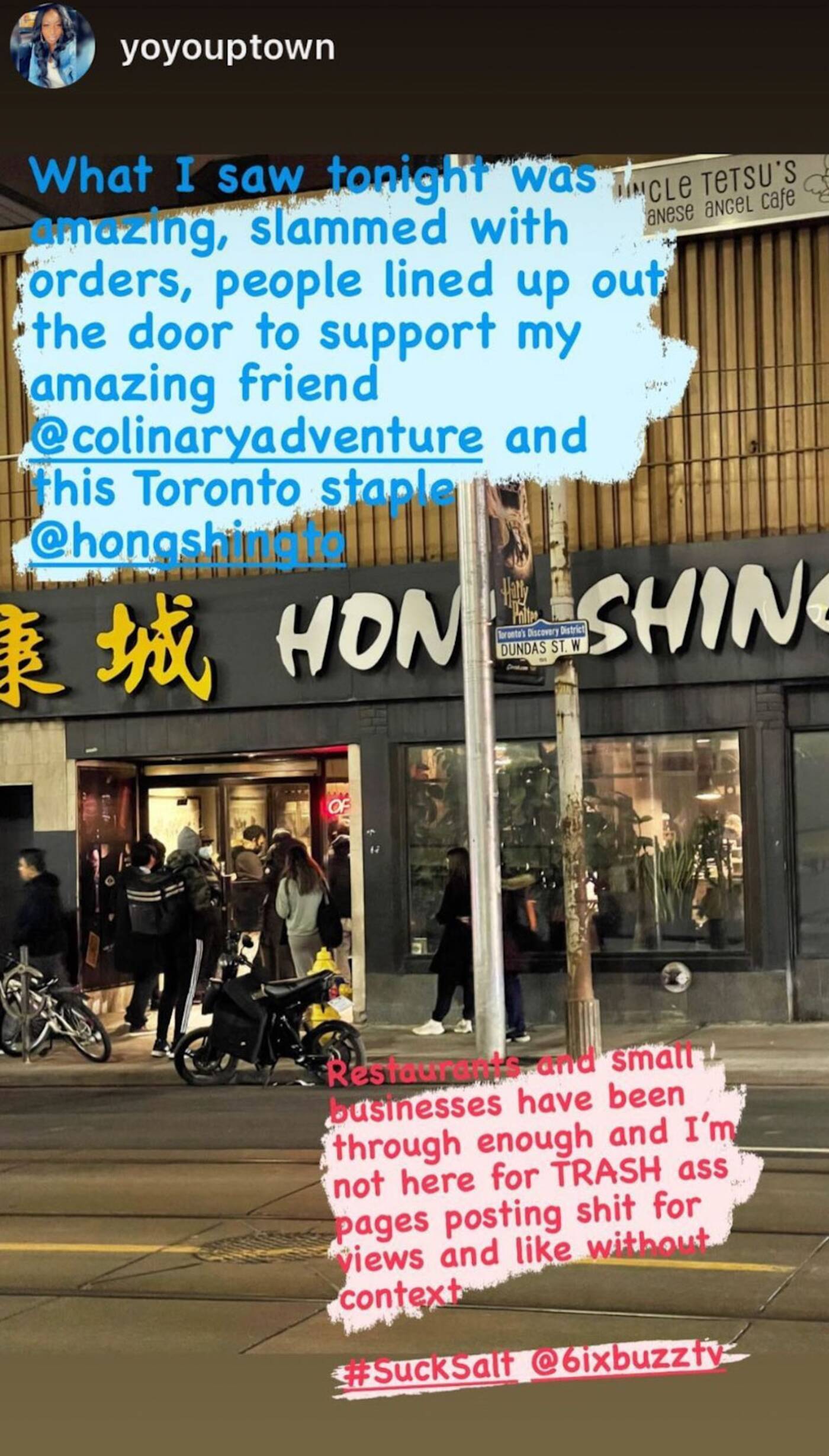 A photo posted to the IG story of @yoyouptown showing lineups out the door for takeout at Hong Shing.

"We are grateful to have been serving our food to the city of Toronto for over two decades," say Li.