Schools across Toronto are still closed thanks to COVID-19, meaning campuses like U of T's are a total dead zone right now.

With foot traffic gone, the food vendors that once operated around University of Toronto – especially on St. George St. – have fled for more populated areas, leaving current students and alum alike wondering where they've gone, and if they'll ever come back.

In a thread on the U of T subreddit, people have gathered to exchange info on their favourite food spots, and it's basically spiralled into a lovefest for the many food vendors on St. George campus.

There's the Blue Chip Truck, Canada Pasta, Luchi Food Truck a.k.a. the Pink Truck, the hot dogs from Mama's Best, and of course, U of T's crown jewel of meals on wheels: Ideal Catering, a.k.a. the Brown Truck.

The whereabouts of Brown Truck's owner, Hattice, who is so loved by students that people once helped fundraise a trip back to Turkey for, is the conversation that sparked it all.

"Just checking if the food truck lady is okay. She was legit the first person I befriended in Toronto when I moved," wrote the OP of the thread.

"I'm no longer a student and I know this is late but just wanted to check if anyone knew anything or seen her around." 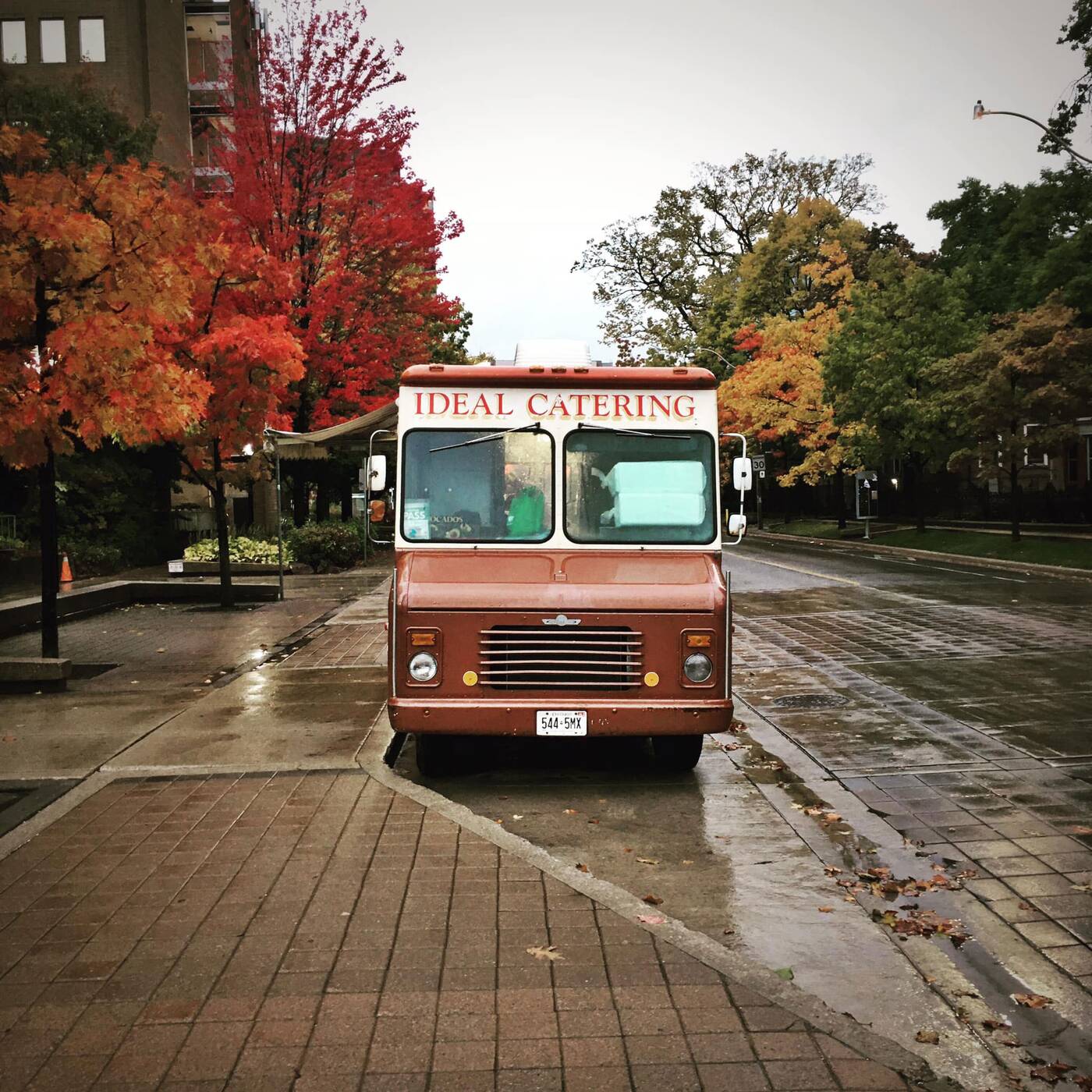 Ideal Catering, a.k.a. U of T's brown truck, is no longer parked outside Sidney Smith Hall. Photo via We Are UofT.

After more than 15 years of serving burgers and gravy-doused poutine outside of Sidney Smith Hall, the Brown Truck and Hattice's signature line, "Anything to drink for you," has evidently made an impression on those who've hit her up for some late-night carby sustenance while cramming for exams.

The thread is replete with memories of the Brown Truck food vendor and the role it played on students' campus life. The truck even briefly made it into season 5, episode 5 of the hit show Suits.

According to a U of T community group on Facebook, business for the truck "collapsed" during the pandemic, and Ideal's last week on the campus was sometime last fall.

According to other posters on the thread, Hattice is allegedly doing fine and running another hot dog stand at Nathan Phillips Square (one of your best location bets for food trucks still in action), with no intention of returning to U of T until the students come back.

That could be before the end of the year, according to the university, meaning poutine season could be just a few months away.

In a recent announcement to students and staff, U of T president Meric Gertler said that most in-person courses, student services and co-curricular activities are expected to return in September.

Obviously that depends on Toronto's public health guidelines, and whether the city can adhere to Canada's blueprint for life after vaccination.

U of T Chip Truck