A trio of friends from Venezuela have set up shop at Toronto's World Food Market with a new stall selling deep-fried Latin American eats.

What started as a conversation about food from back home led three twenty-somethings, Jose, Steff, and Shada, to launch their business, Canaima Cafe.

All of them are Venezuelan-born—Steff, 22, is from the state of Carabobo while Jose, 24, and Shada, 23, are from neighbouring Bolivar—but the three entrepreneurs met here, in Toronto, through mutual friends.

It's been several years since any of them have returned to Venezuela, and given the pandemic, it'll be at least a while longer, but the trio are bringing a taste of Venezuela to Toronto with comfort foods like arepas, corn flour empanadas, and mandocas: donut-like rings made from cornmeal and plaintain and lots of cheese. 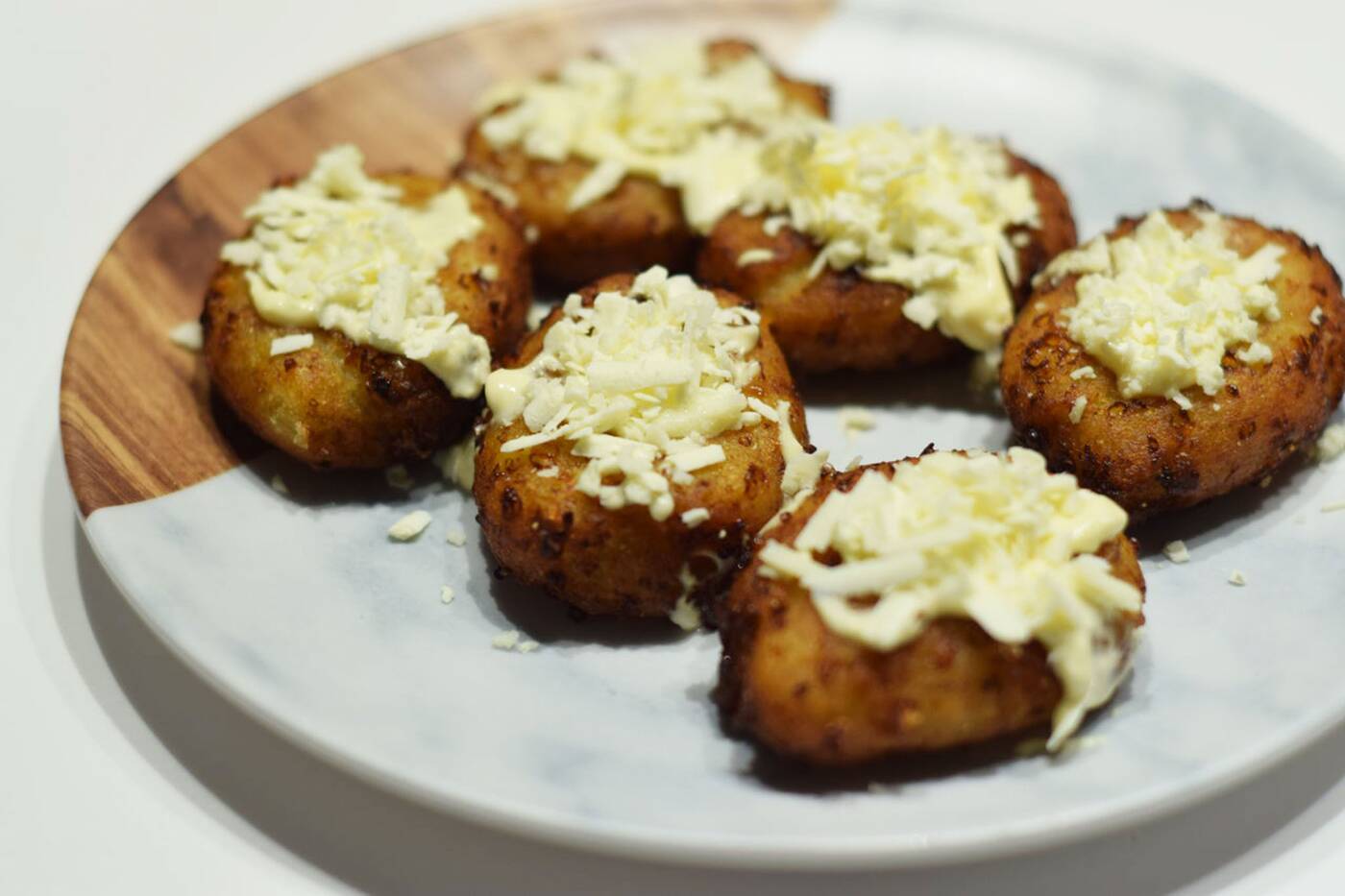 Canaima is frying up mandocas, fried rings of cornmeal and plaintain flour served with cheese. Photo by Canaima.

"If you want to survive back home, you need to know how to make an arepa," says Jose. "In Venezuela, you're always watching our mom makes empanadas and arepas."

Canaima, which takes its name from Venezuela's lush national park, initially launched as an online shop in February selling bags of frozen empanadas.

The deep-fried recipes, mostly crafted by Shada, combine traditional recipes with some innovative concepts. Empanadas like the Kama Meru, a ground beef empanada, or the Salto Angel, which comes with tofu, are named after famous Venezuelan waterfalls.

"When [customers] ask about them, we want them to learn about about Venezuela, too," says Shada.

Now a month since their launch, the team has landed a tiny stall at the outdoor vendor market by Yonge and Dundas Square, joining other businesses selling international fare like Korean-style corn dogs and Brazilian pastéis.

They've since added more to their menu, which is completely halal, including sweet mini arepas infused with anise seeds or other varieties like red beet, or butternut with chia seeds. Tequeños, the popular cheese sticks served with a variety of dipping sauces, are now on the rotation and increasingly popular.

Steff, who worked as a pastry chef in Venezuela, has added desserts like torta quesillo and tres leches to their offerings. Chicha, the rice-based drink with milk and sugar, is another staple.

The World Food Market stall is so small that all food is prepared off-site, in a home kitchen, before being transported over and fried to order. The Canaima team says that the goal is to eventually open up a full cafe where they can give the full customer experience.

"We always want people to feel like they want to come back, and feel like it's home," says Steff.