World Food Market is an outdoor market that's home to more than a dozen vendors in international foods, with options from wings to banh mi, momos, vegan poutine, funnel cakes and churros. 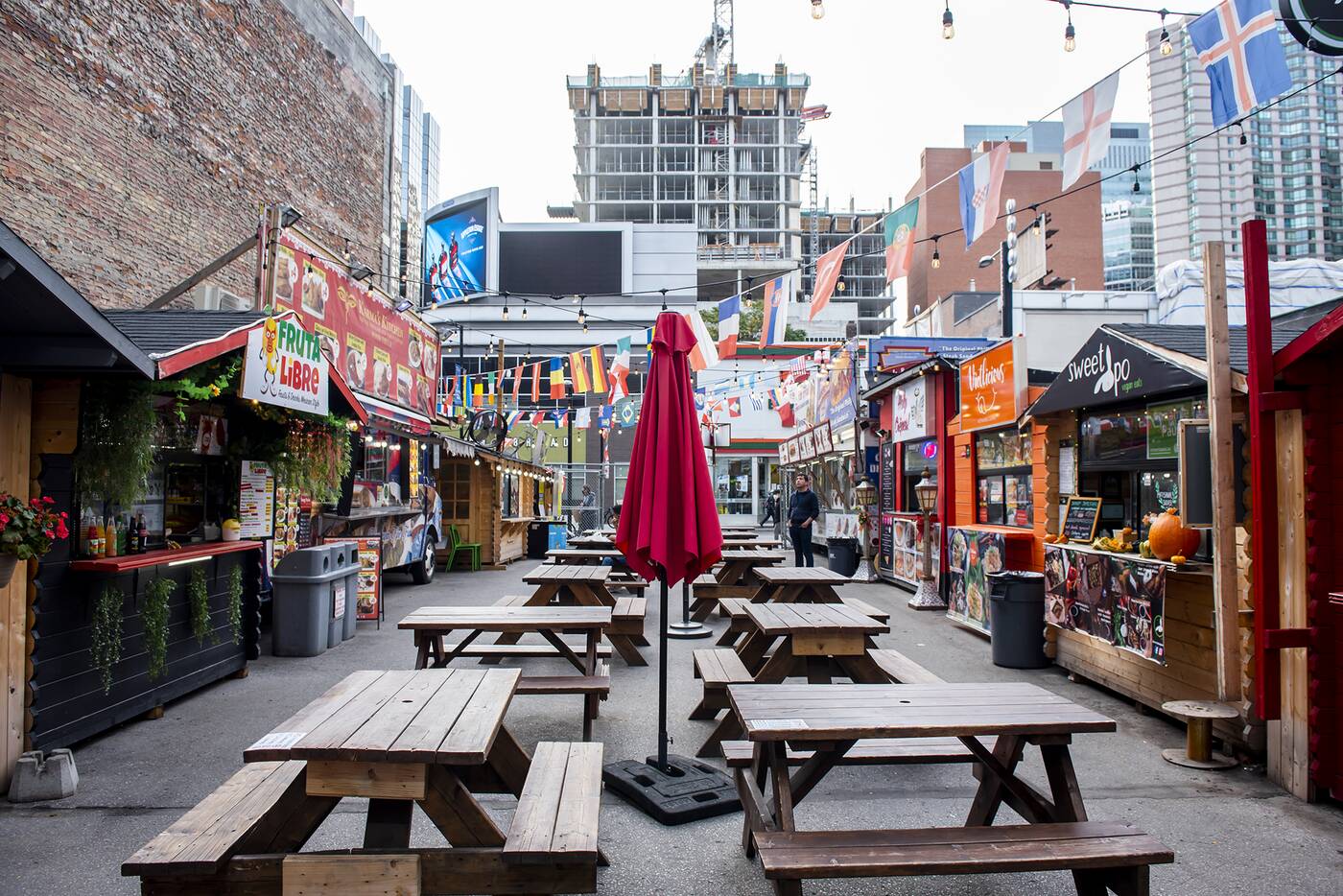 Picnic tables provide seating in the middle of the grouping of huts, and the area is tented in the winter.

Here's a roundup of the businesses at the World Food Market. 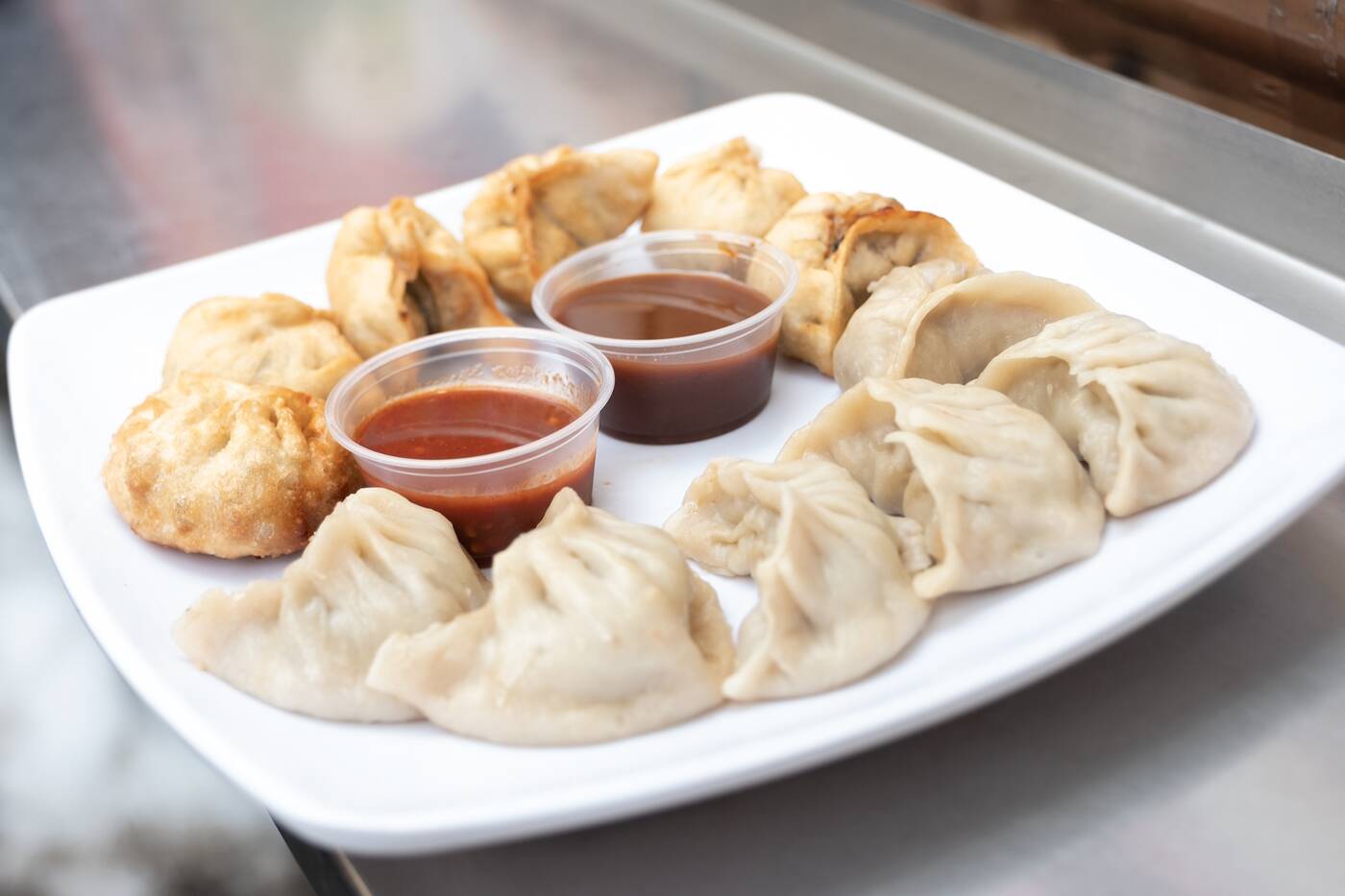 Karma's kitchen fried and steamed momos with their homemade sauces.

Karma's Kitchen does Tibetan, Nepalese and Indian cuisine. They serve up momos either steamed ($7.50) or fried with gravy ($8.50) and can be stuffed with beef, chicken or veggies. They can be topped with a homemade hot sauce or sweet sauce. 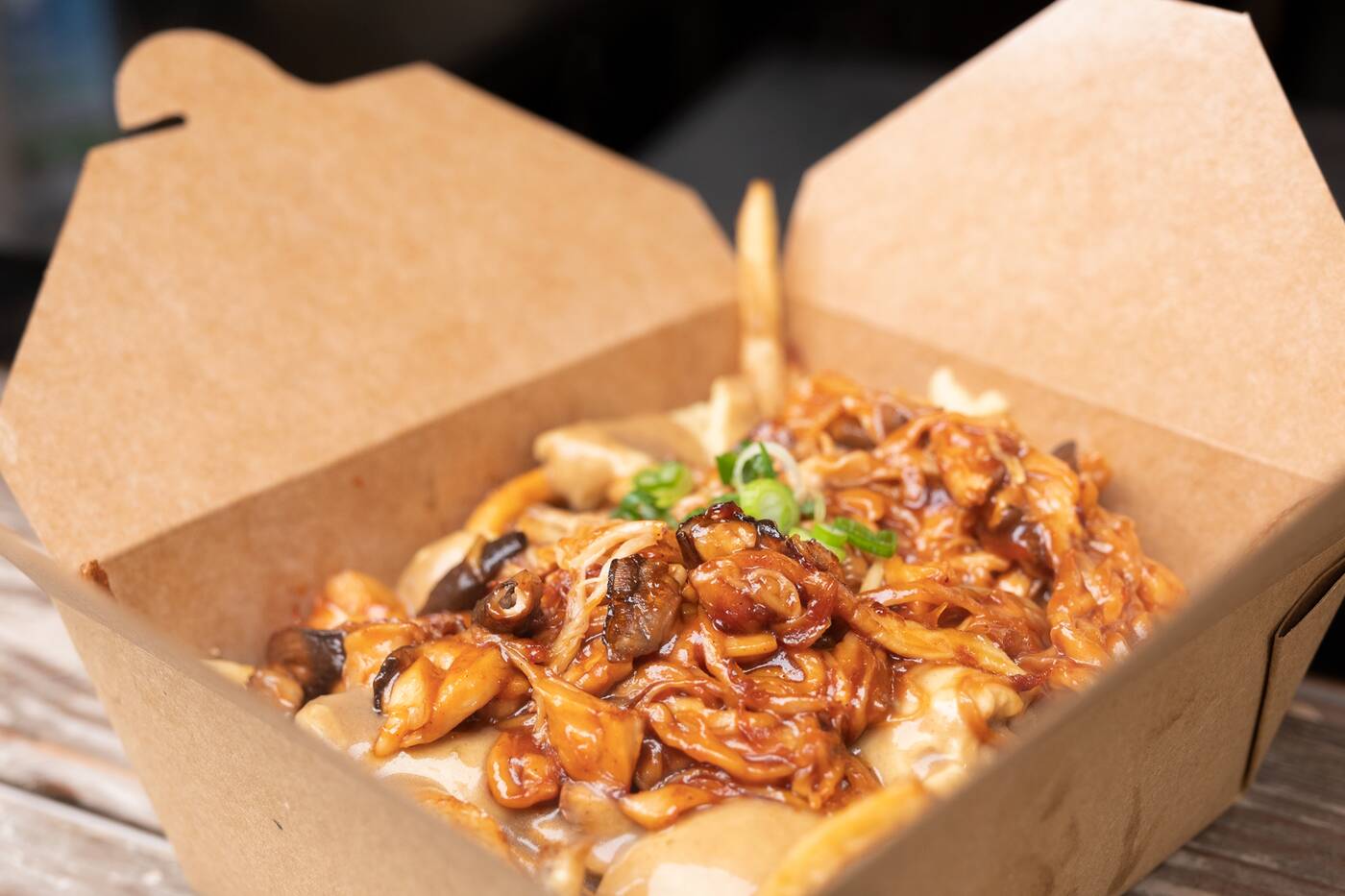 Sweet Po Vegan eats is located in a stall on the left side of the World Food Market. 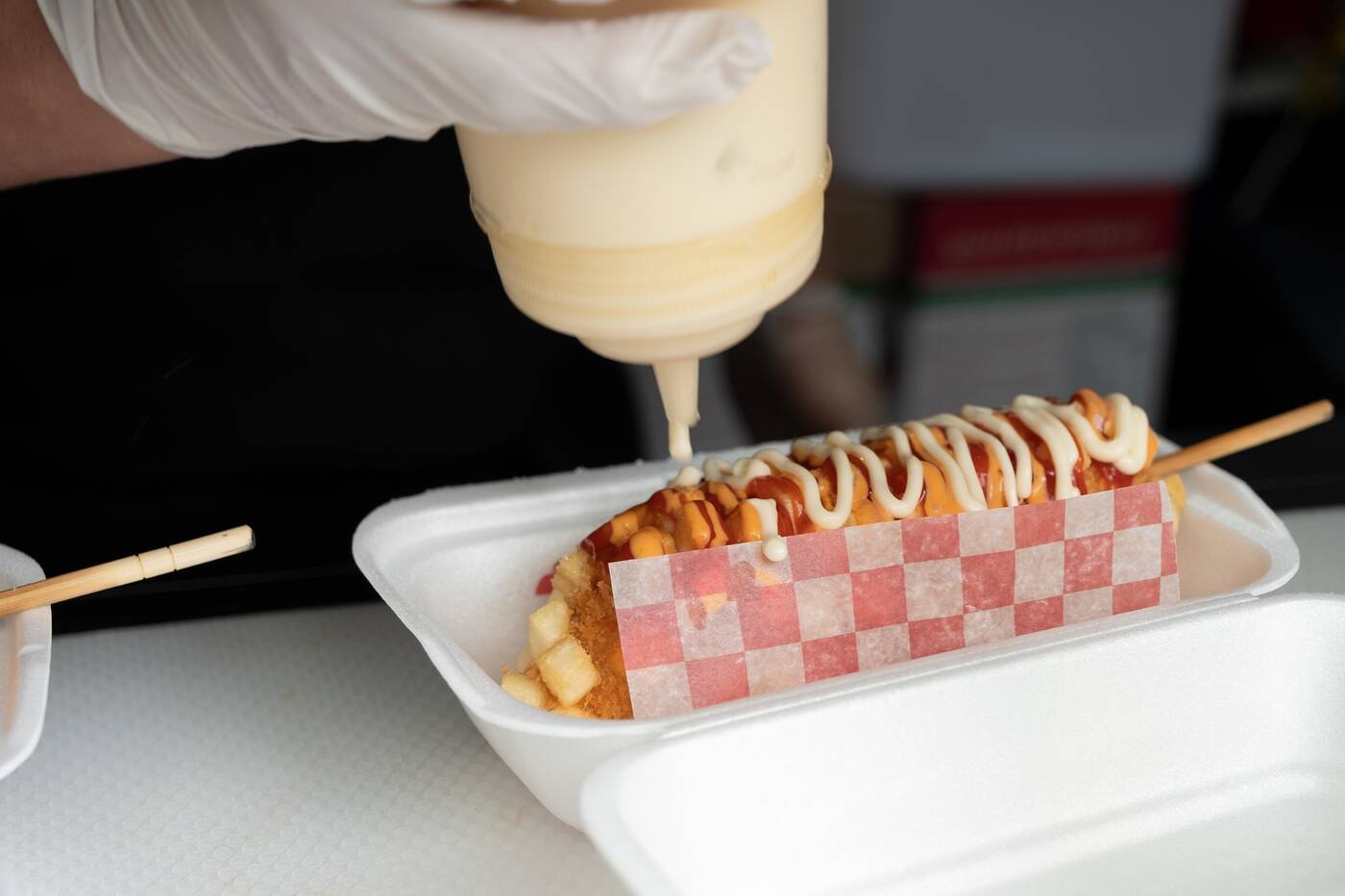 Their Korean hot dogs can be topped with a variety of different sauces.

Kordog serves up popular Korean-style hot dogs ($4.99 plain), which are rolled in sweet rice, fried and then dusted with sugar before being topped with ketchup, sweet chili sauce, spicy mayo and sweet mayo to add extra flavour. 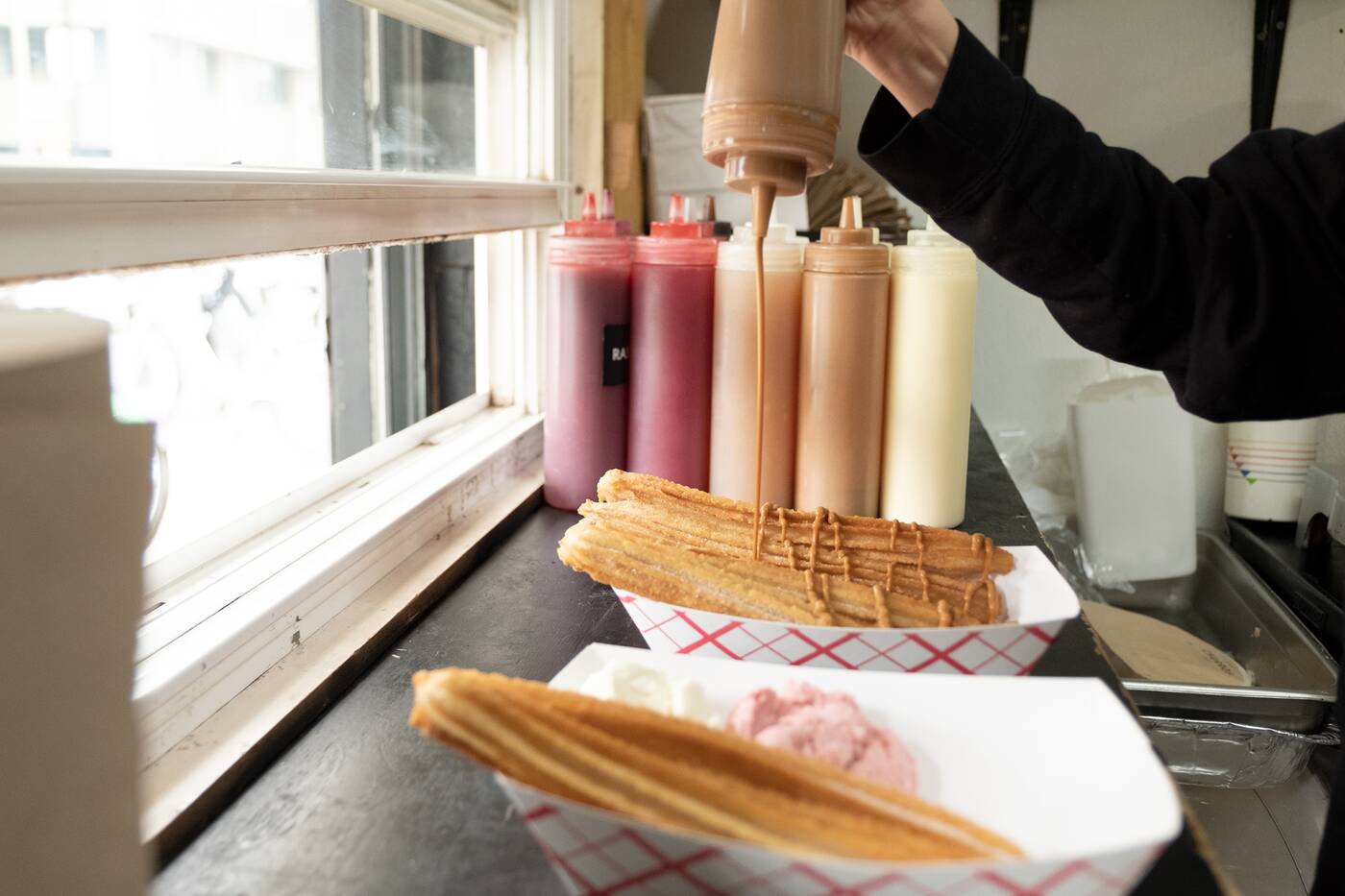 The churros can be topped with several syrup options.

Choco Churros serves imported and traditional Mexican treats and desserts. Their churros are deep-fried in canola oil, then rolled in cinnamon sugar and can be topped with chocolate, vanilla, or strawberry syrup ($7 for five). They can also be served with scoops of ice cream (two churros and one scoop of ice cream for $7). 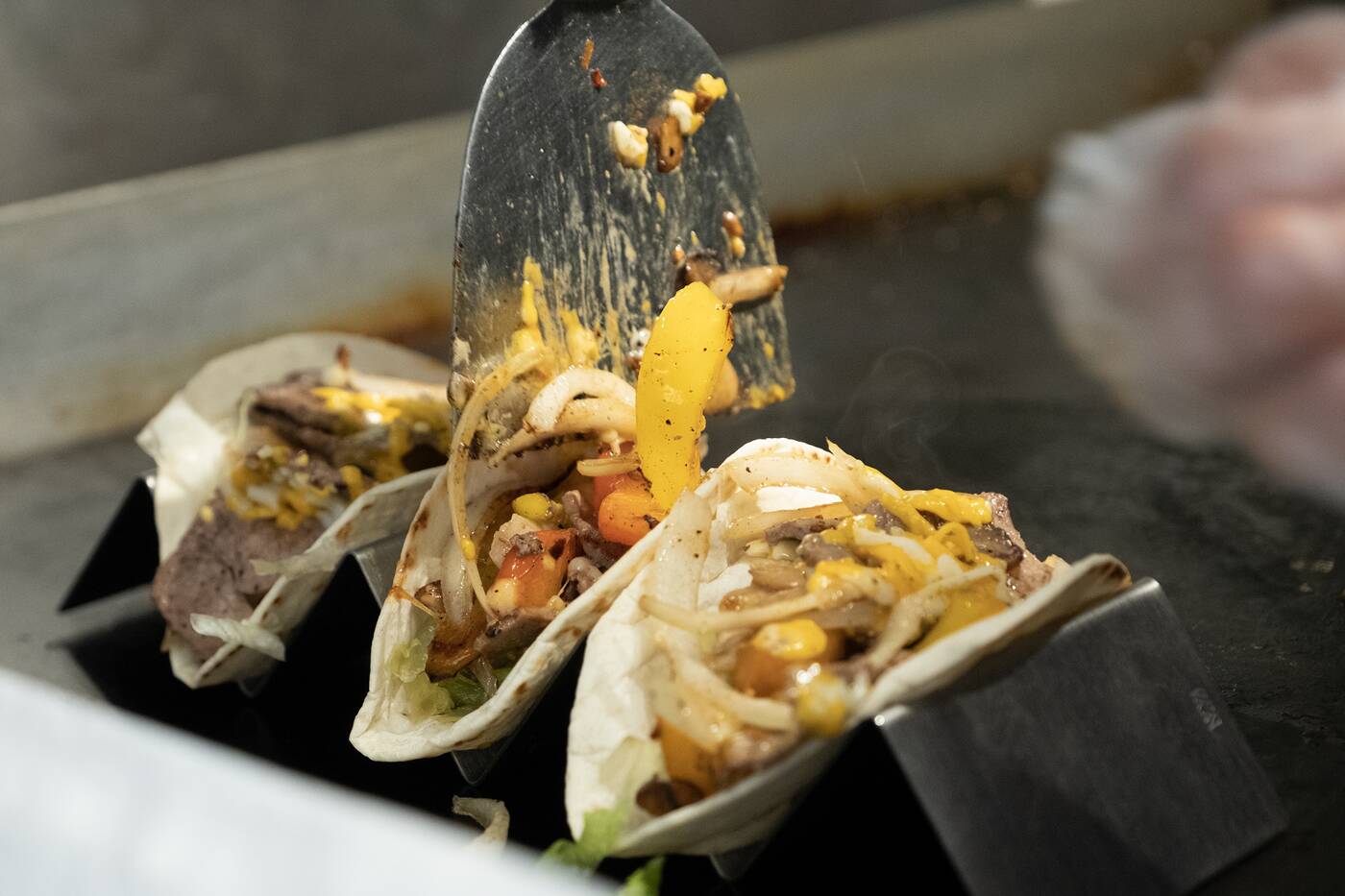 The steak and cheese tacos are topped with grilled veggies.

Mexi Burrito Corner offers Mexican cuisine, including a ton of different tacos ($12 for two) and burritos ($12). Tacos range from shrimp and fish to steak and cheese. Burritos can be offered in a variety of flavours, including the owner's favourite steak and cheese burrito.

The tacos are served up in twos, with your choice of crispy corn flour or wheat flour tortilla ($12). 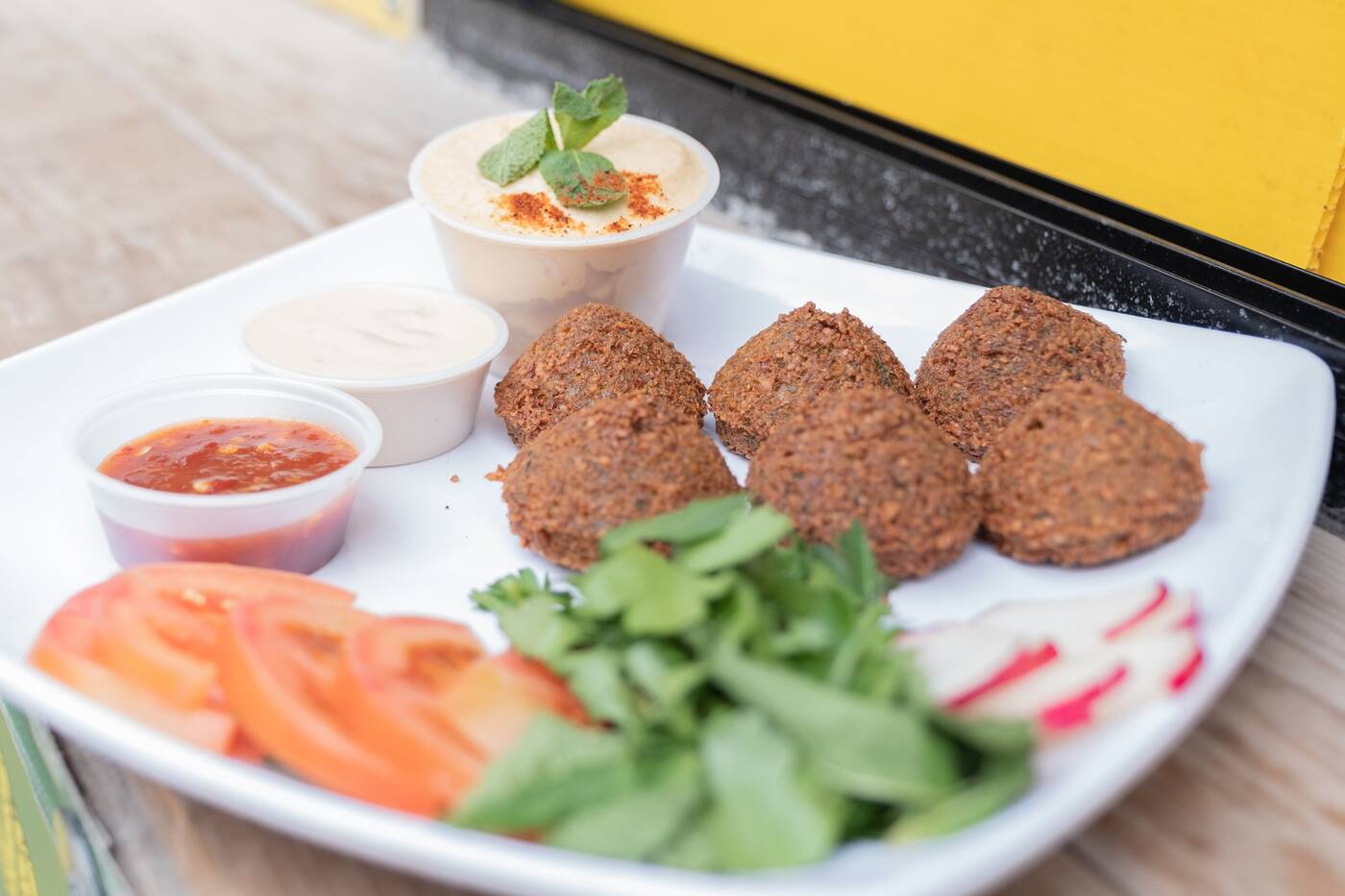 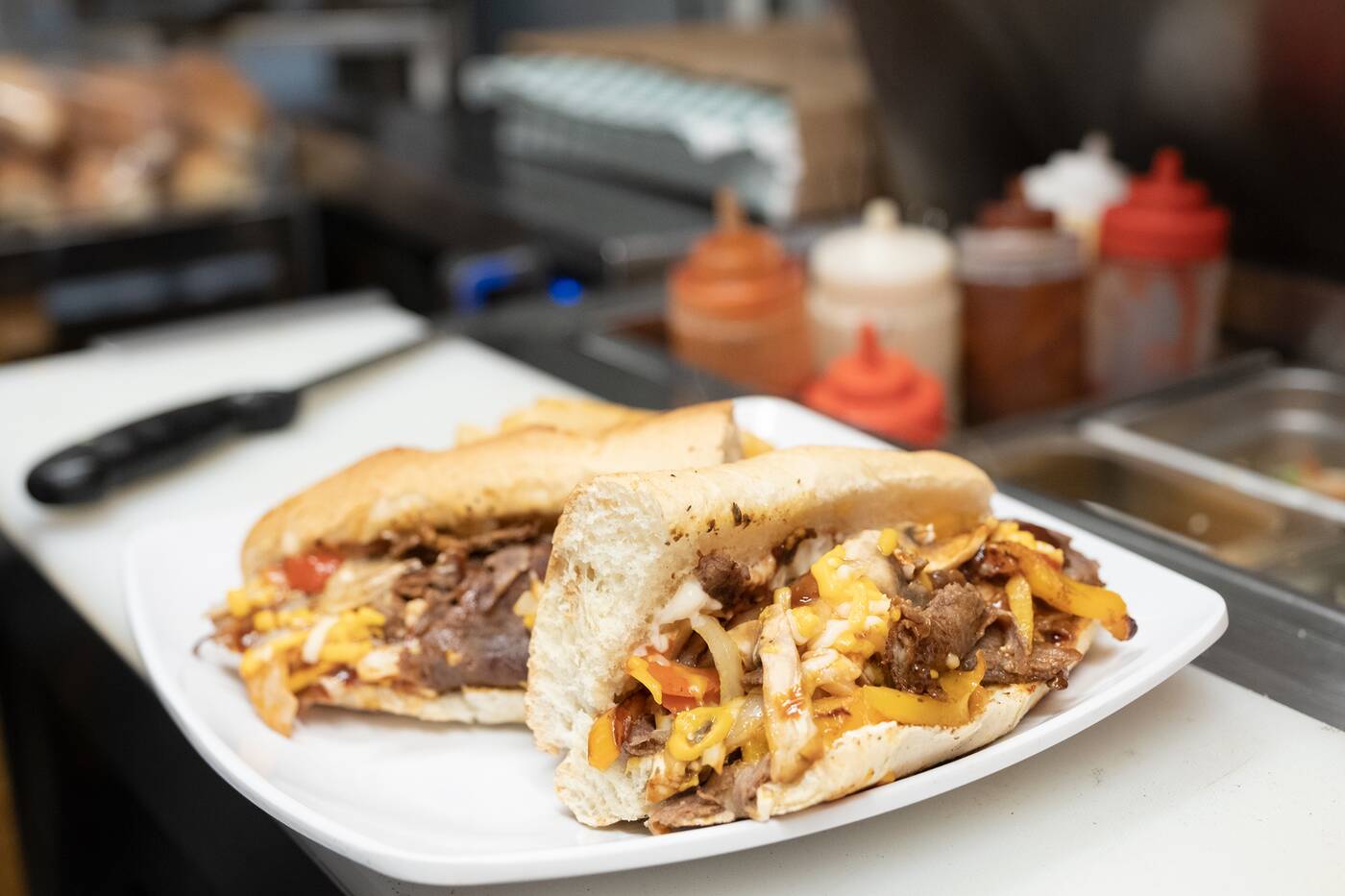 Their classic steak and cheese is served with grilled veggies

The Steak & Cheese Factory offers sandwiches and burgers. You can grab their eight-inch steak and cheese subs at $9.25 and pair it with one of their $5 vanilla, chocolate or strawberry milkshakes for a retro dining experience.

You can also check out other flavours like their spicy Mexican Philly ($15.50) or their poutine burger ($9). 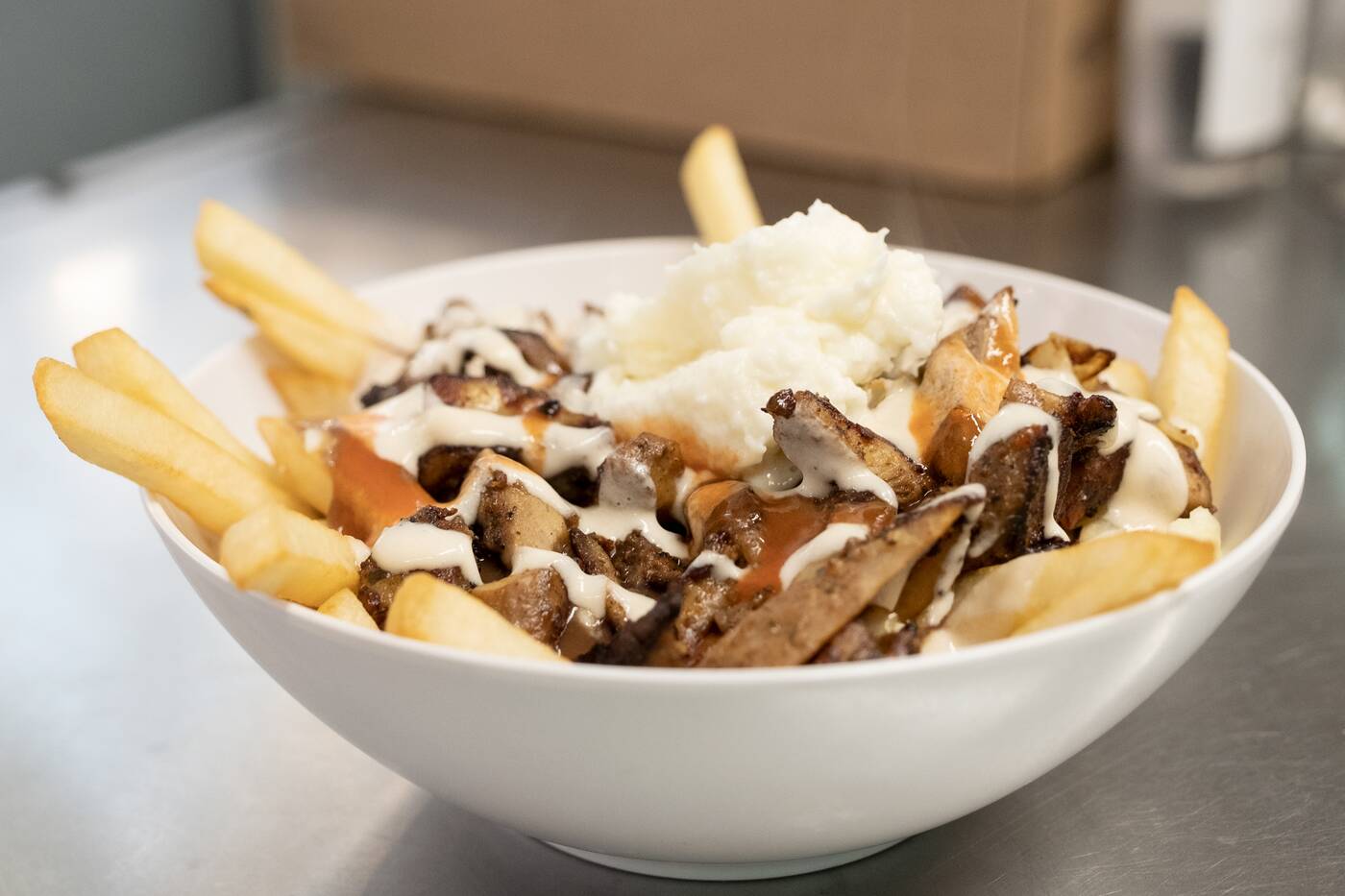 Quick Pita does Lebanese classics including shawarma, falafel and gyros.  They also serve a variety of poutine flavours, like shawarma poutine, and their meat is always halal. 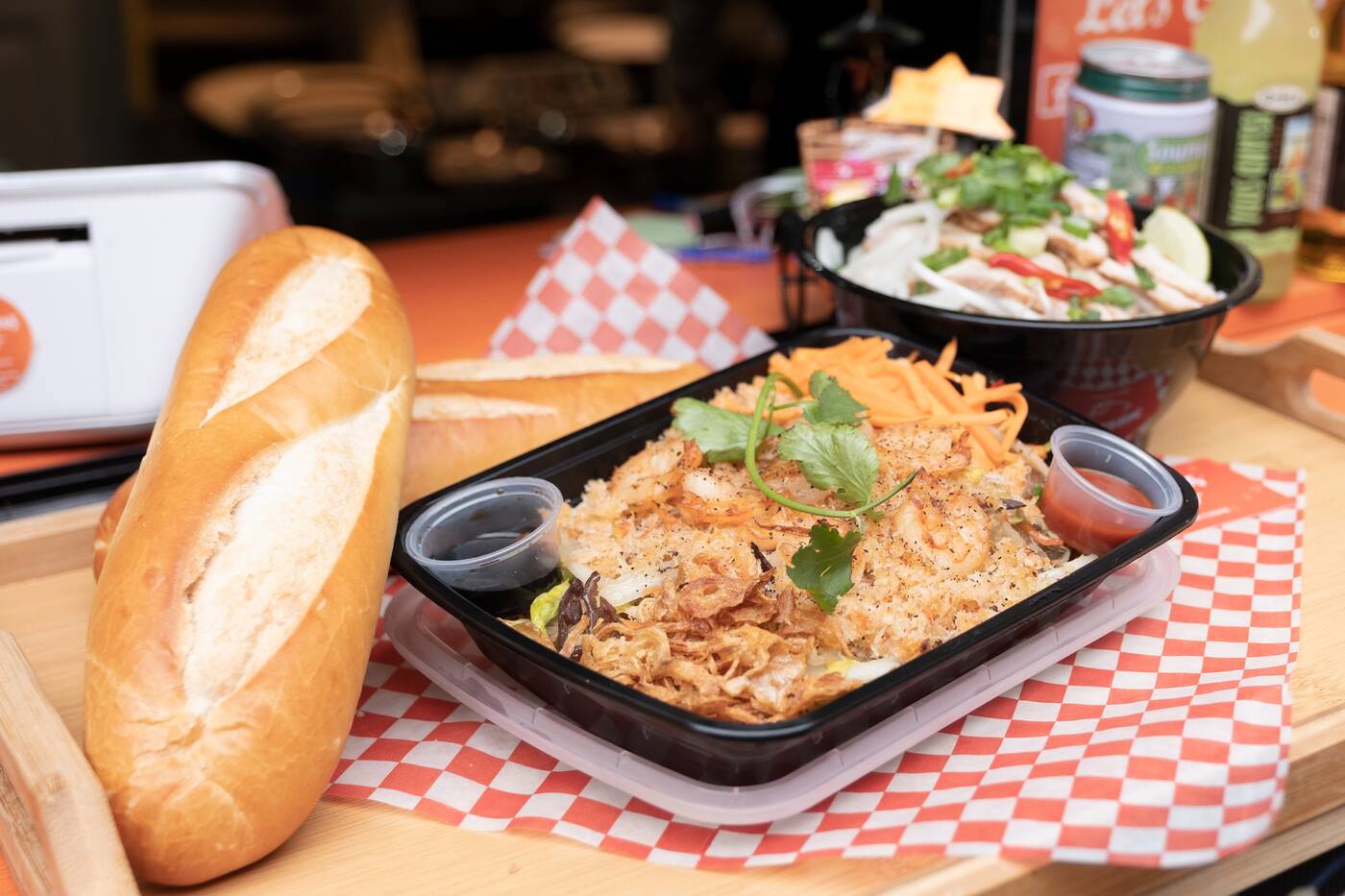 Their seafood glass noodle bowl is made with mung beans, which can be a healthier noodle option.

Vietlicious offers traditional Vietnamese cuisine from a family-owned business. They offer their own family's favourites, such as seafood glass noodles served with fresh crab meat and mung bean noodles ($15.50) and banh mi ($6.99). 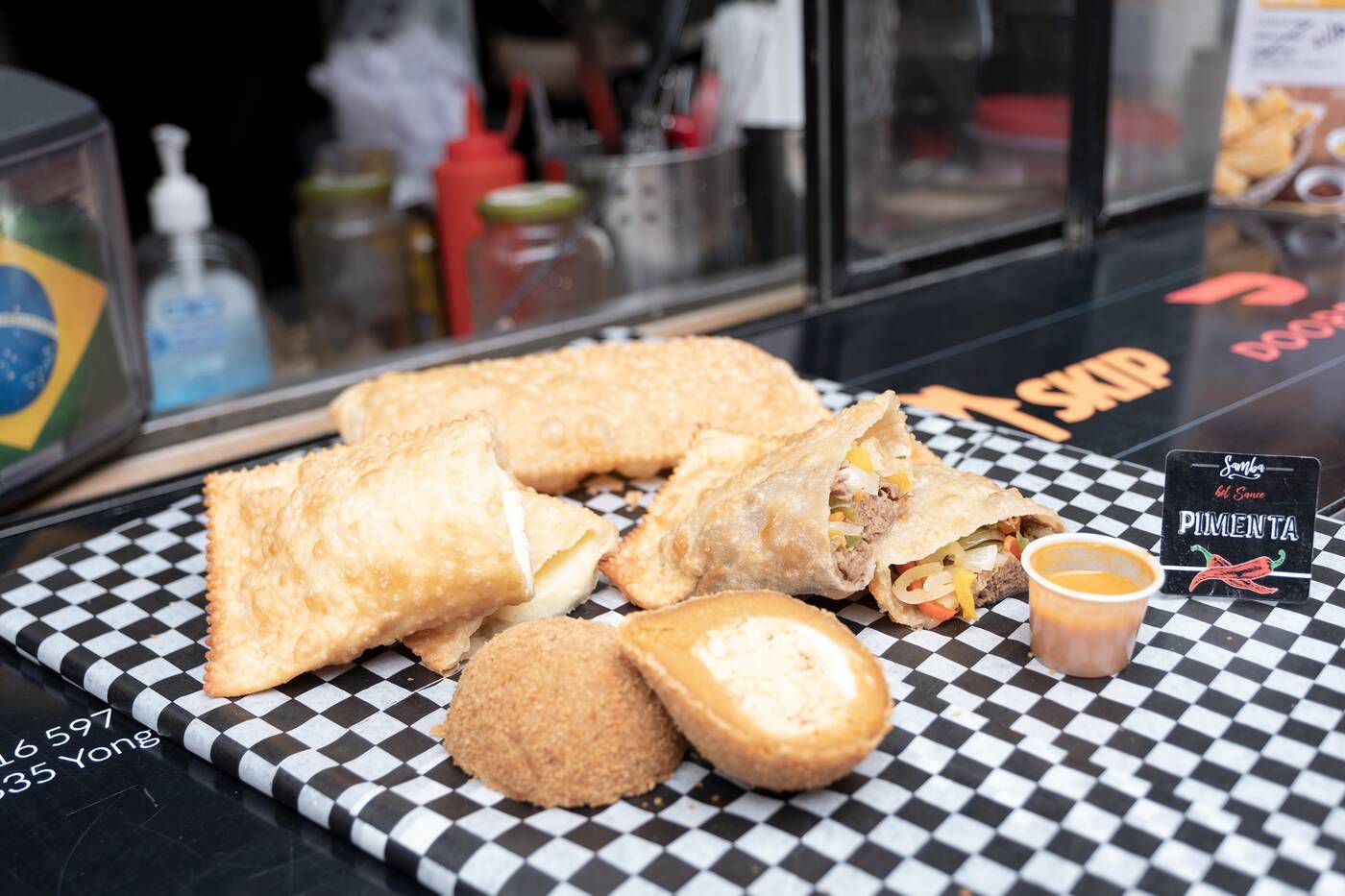 Their pastéis and coxinhas come in a variety of flavours, paired with a house-made sauce.

Samba Brazil Eatery brings a classic taste of Brazil to the market. Their pastéis, thin-crust pies filled with chicken, cheese or dried beef (price varies per flavour), and their coxinhas, shredded chicken covered in dough and fried in oil ($7.19) are their most popular items, both served with a housemade hot sauce. 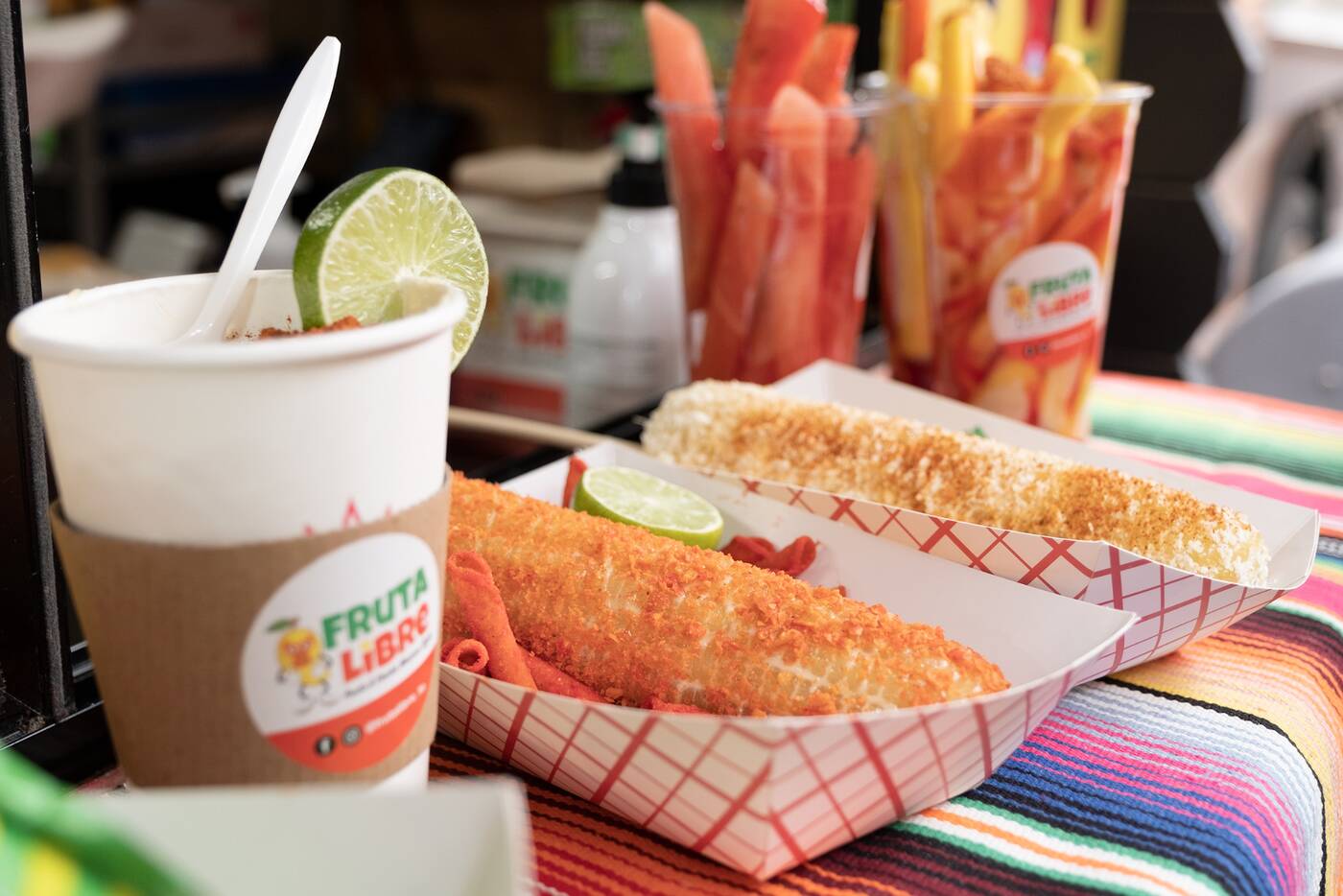 Their esquites, street corn and mixed fruits are all on offer.

Fruta Libre brings traditional Mexican street food to the market. Grab their Mexican street corn (corn, Mexican mayo, cotija cheese, lime and chili powder) served with a side of Takis ($8), or their esquites, which is basically their street corn but served in a cup ($9).

They also offer an assortment of Mexican chips, candy and pop that are usually hard to find in Toronto, like Mexican Doritos or Cheetos, along with their mixed fruits topped with spicy Tajin seasoning and chamoy, a savoury sauce made with pickled fruit. 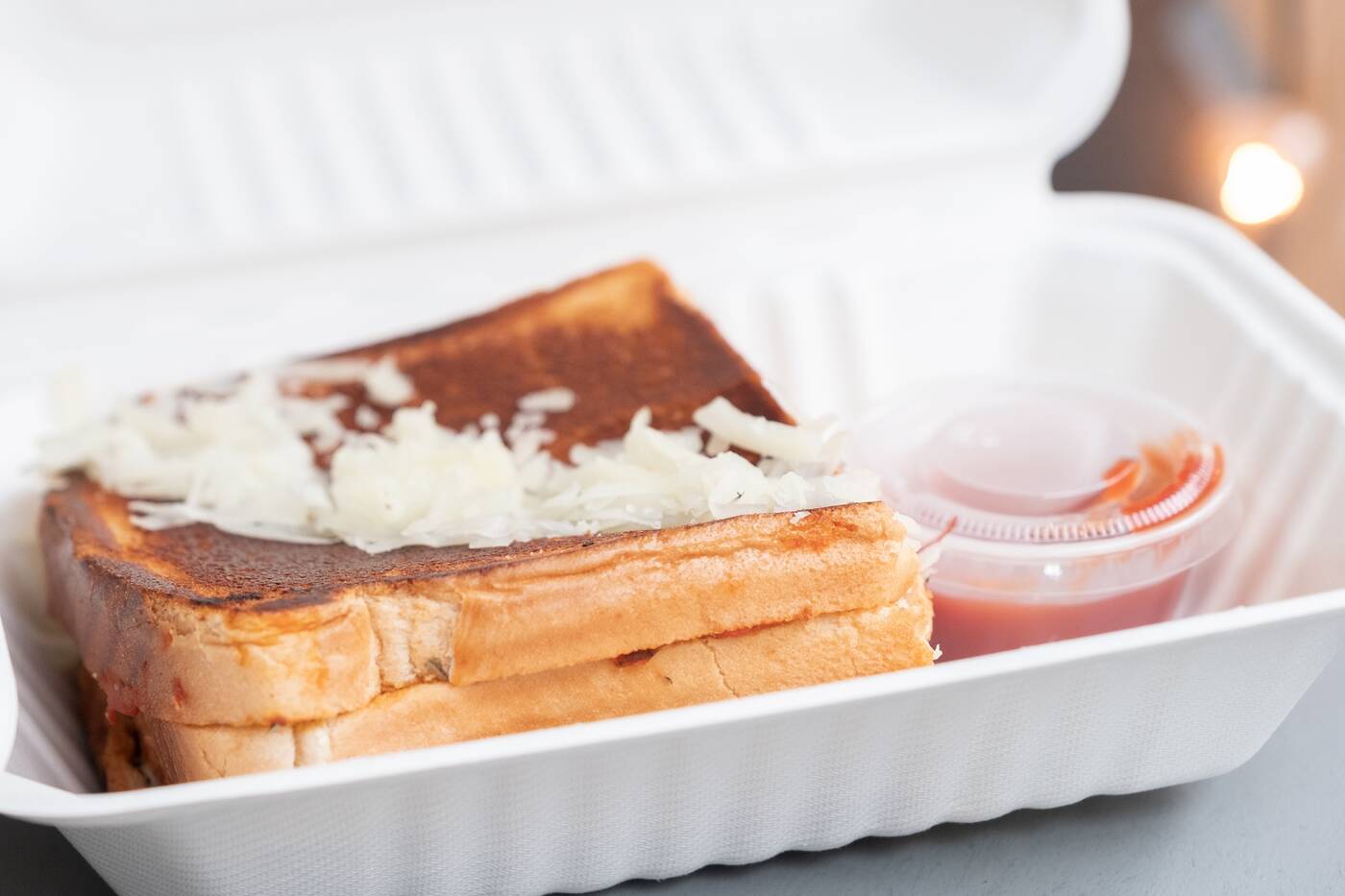 Their pizza grilled cheese is filled with veggies, topped with more cheese and served with a spicy sauce.

Thindi Express is the spot for Indian street food at the market. They offer a variety of traditional Indian dishes, such as vada pav (a deep fried potato dumpling placed inside a bun, $9.95), or rava idli (a savory cake made from rice and lentil batter, $9.95).

They also offer pizza grilled cheese, filled with veggies and served with a spicy dipping sauce ($10.95). 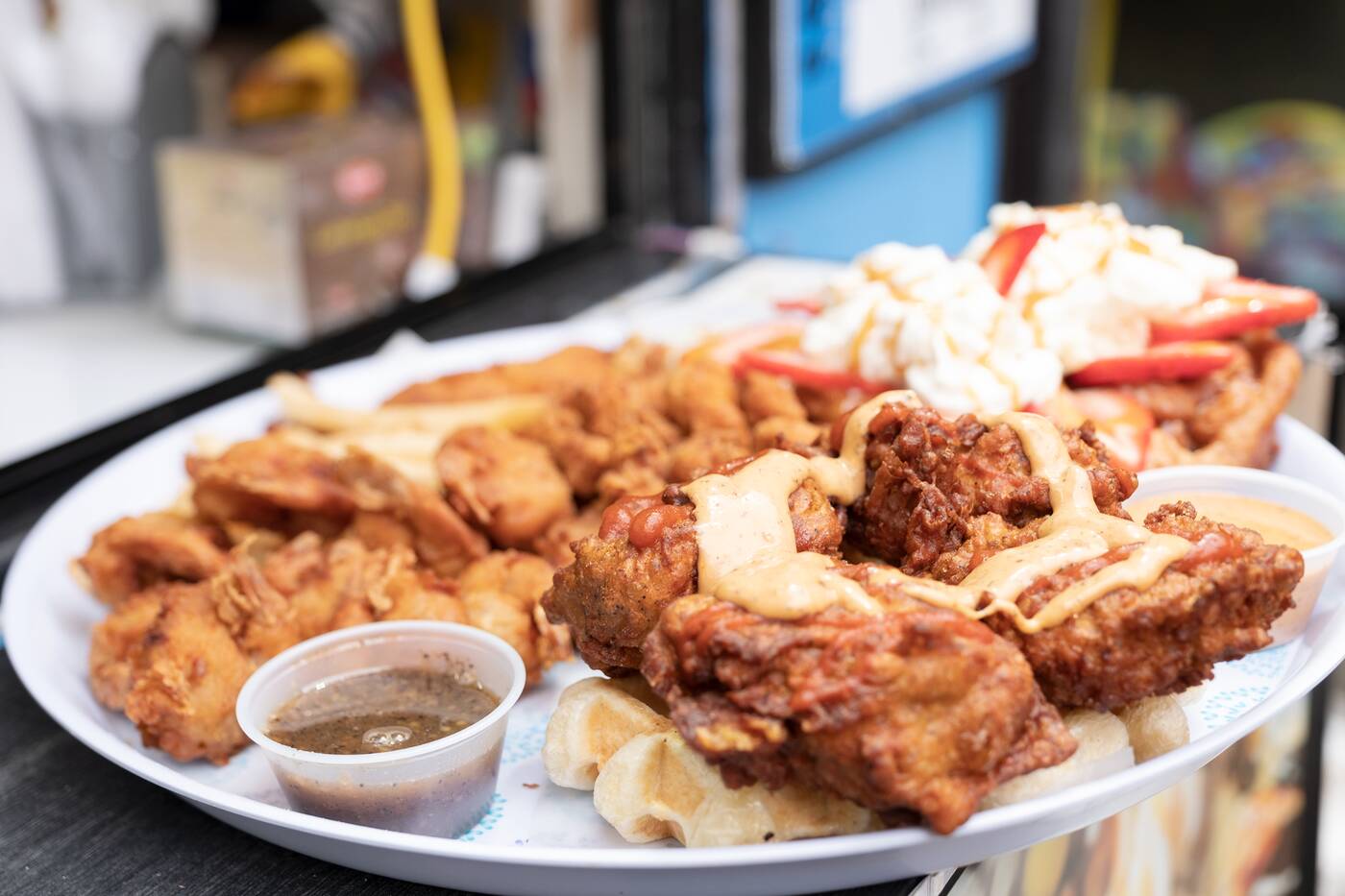 This platter has their fried chicken, chicken and waffles and funnel cake.

They also offer sweet desserts such as funnel cakes topped with ice cream and syrup ($11.99) and fluffy waffles that can be topped with things like fresh strawberries and cream or M&Ms ($8.49). 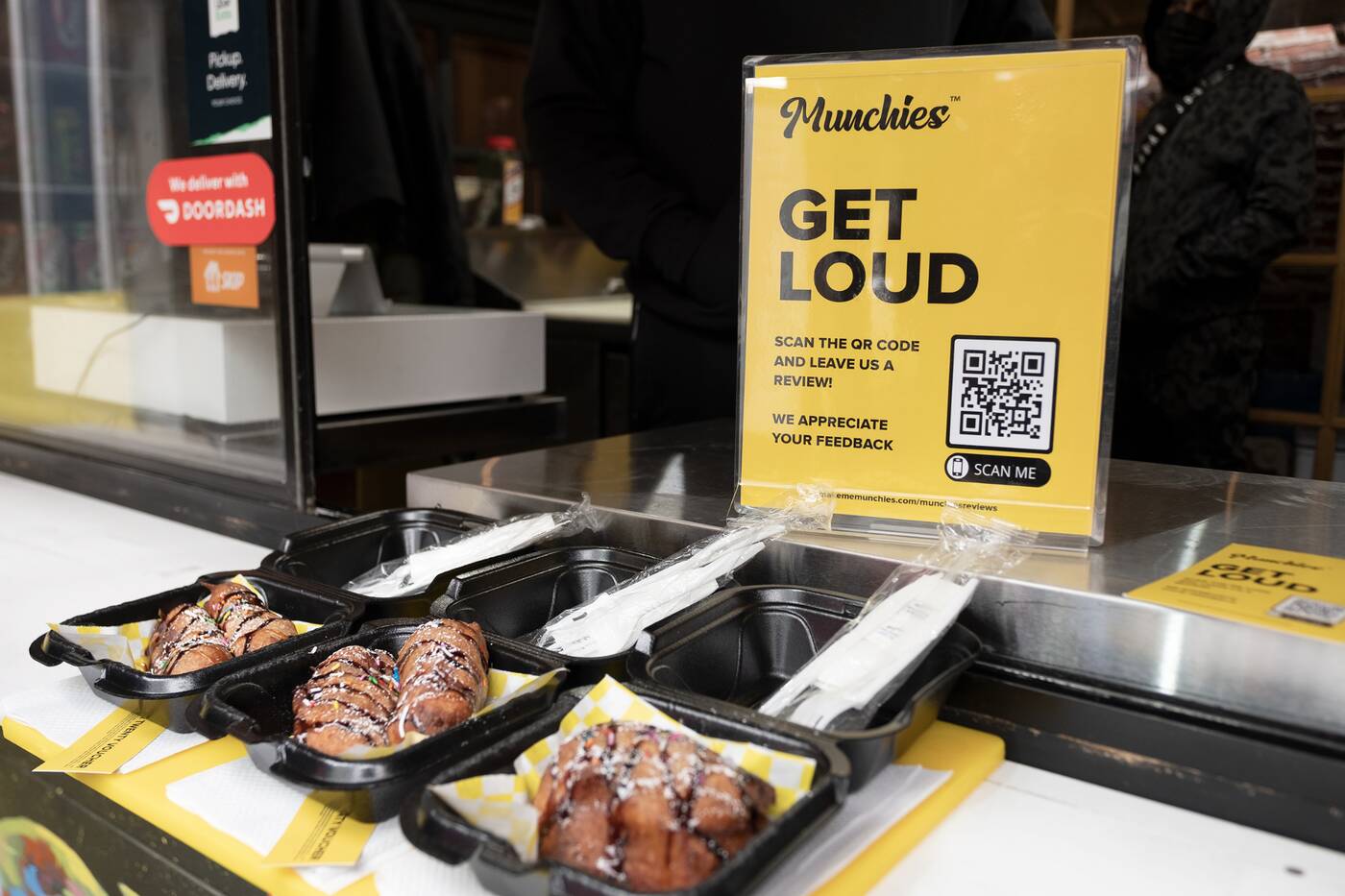 The desserts are topped with chocolate sauce, powdered sugar and sprinkles.

Munchies Toronto serves an assortment of deep-fried desserts, such as a deep-fried McCain cake ($6.99), Snickers ($5.99), and Twinkie ($5.99), as well as savory dishes like their mutton curry poutine ($10.99) or their pizzas, which come in a ton of flavours like BBQ chicken and their take on Hawaiian pizza ($12.99). 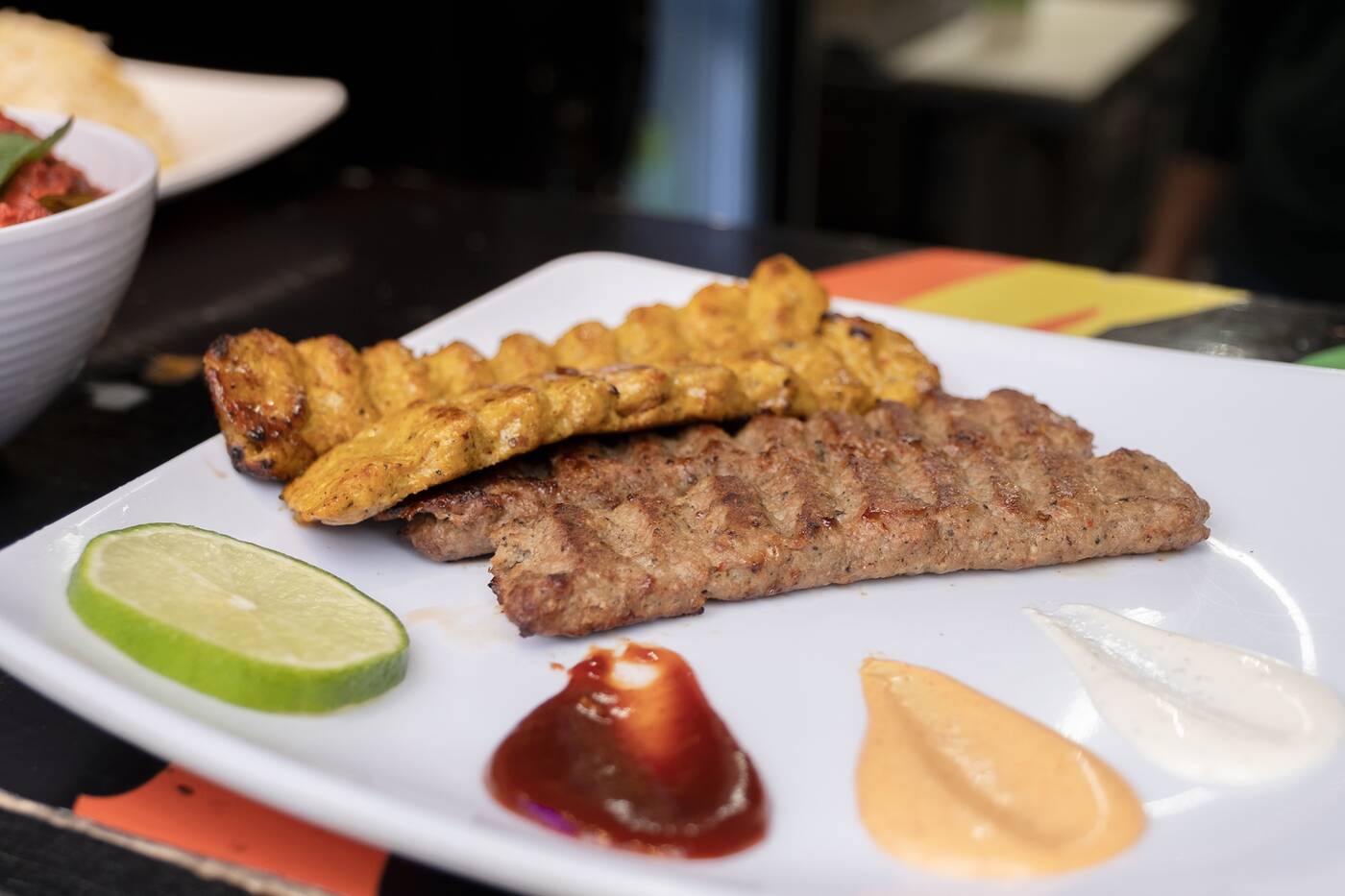 Spice 66 offers chicken and beef kebabs, with a variety of dipping sauces to choose from.

Spice 66 serves biryani — including chicken, beef and vegetarian — as well as beef and chicken kebabs. They're also known for their spicy chicken bowl called "Chicken 65" and they serve a variety of Indian drinks including a spicy and fragrant Indian hot chai. 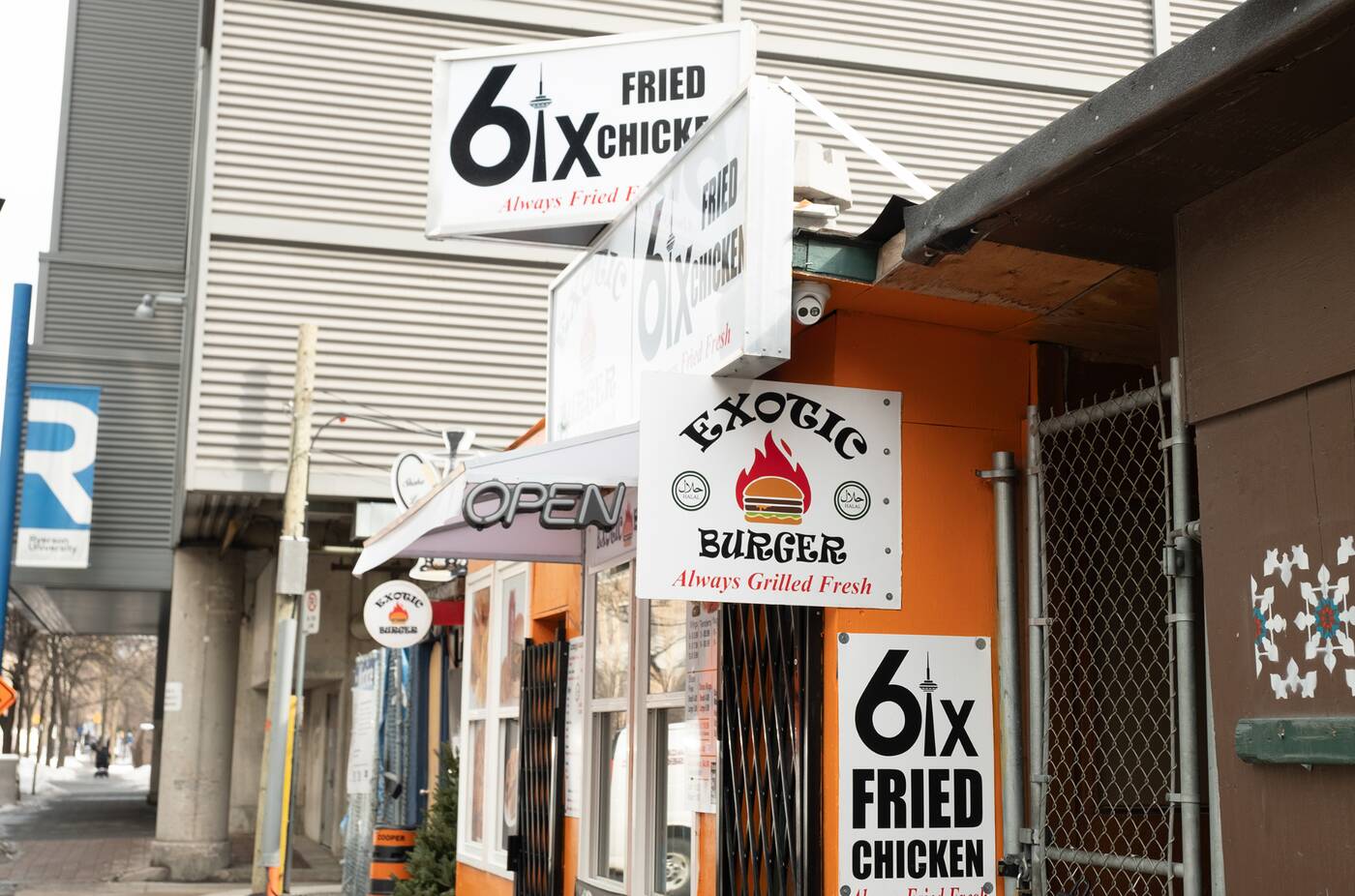 6ix Fried Chicken is located to the left of the market entrance.

6ix Fried Chicken offers exactly what their name implies — fresh fried chicken.  Their chicken comes in all shapes and sizes, ranging from classic fried chicken to nuggets, tenders and hot or mild wings. They also offer crispy fries and onion rings on the side, with dipping sauces like ketchup and mayo. 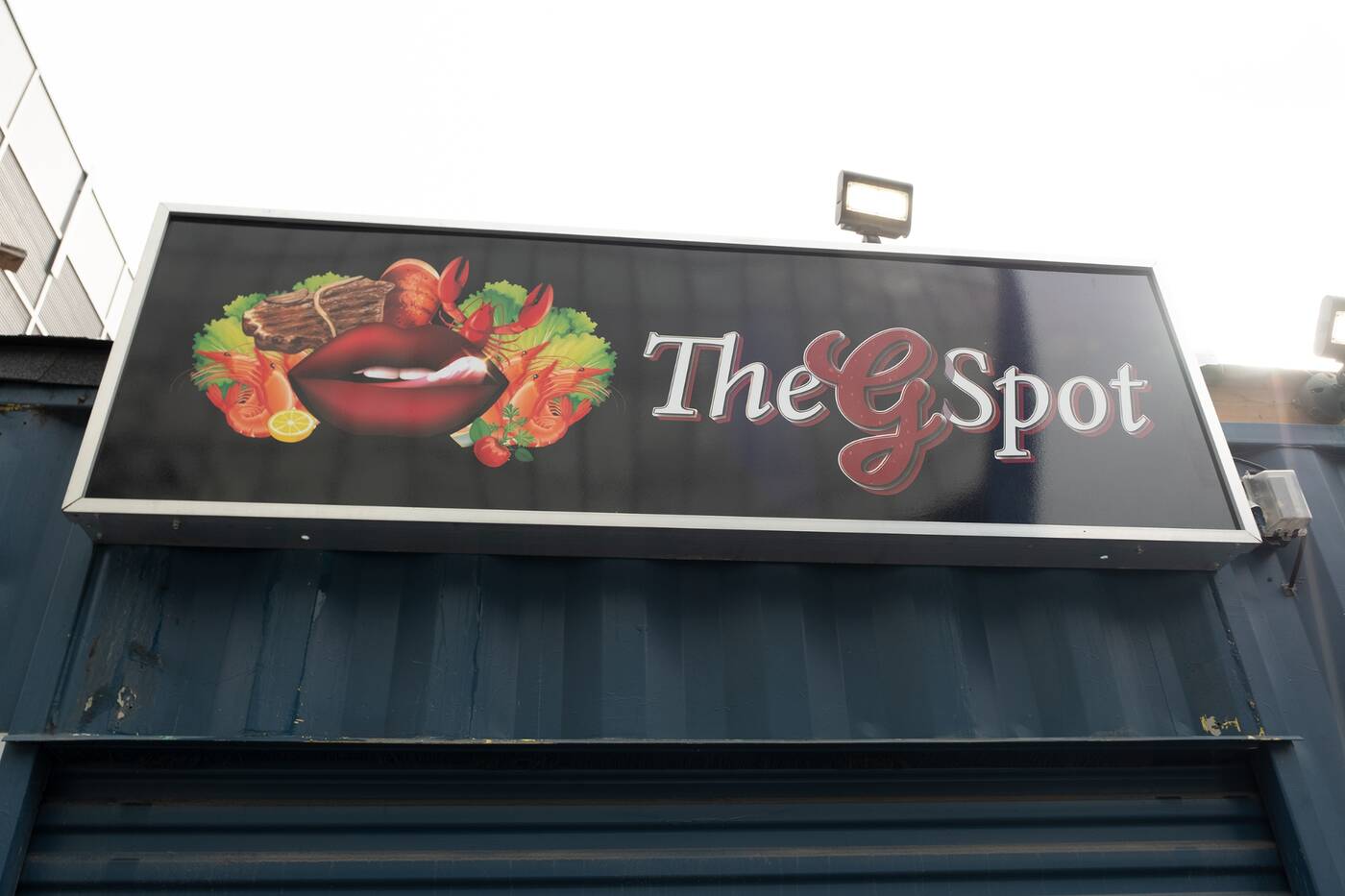 The Gspot serves Caribbean dishes in the market. 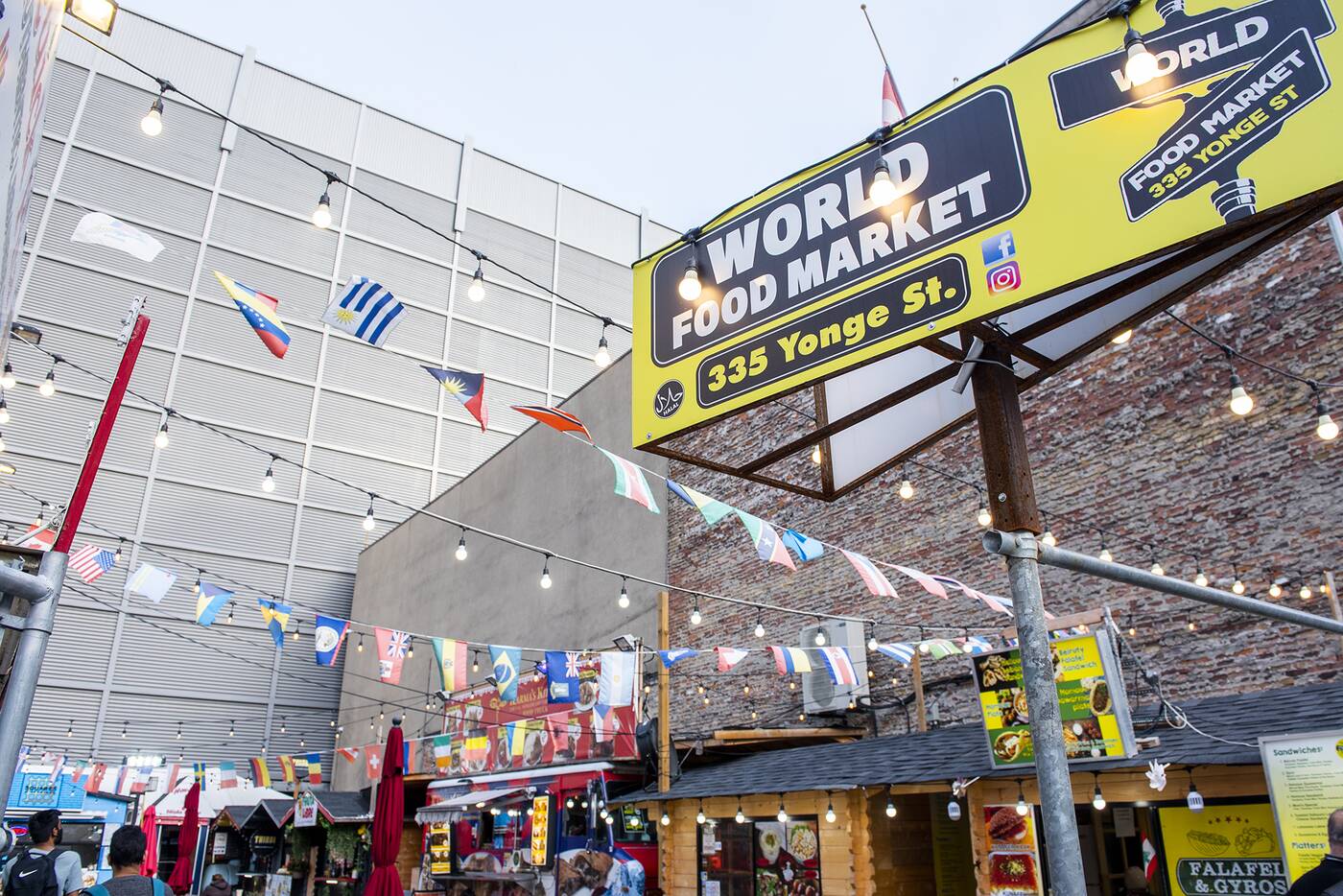