One of the most beloved locations of the Toronto pizza chain Pizzaiolo has announced that it's closing at the end of the month, bringing the longtime manager to tears.

Pizzaiolo at 270 Adelaide St. took to Instagram Friday to let customers know that the store's last day is April 26 after about a dozen years in business.

Despite being part of a chain, Pizzaiolo 270 was a fixture in the middle of clubland at the corner of John and Adelaide and had a devoted customer base.

Helmed by a manager named Alda, the underground restaurant was a destination for families during daytime, with its DIY kids' pizzas specials, and a hotspot for pre- and post-club slices and drinks at night.

But the restaurant row along this stretch of John Street, which has housed a collection of Entertainment District staples, has seen major changes within the last few years.

Last summer, Pizzaiolo's neighbour The Office Pub closed after nine years due to lease disagreements. The Town Crier next door is still holding on. 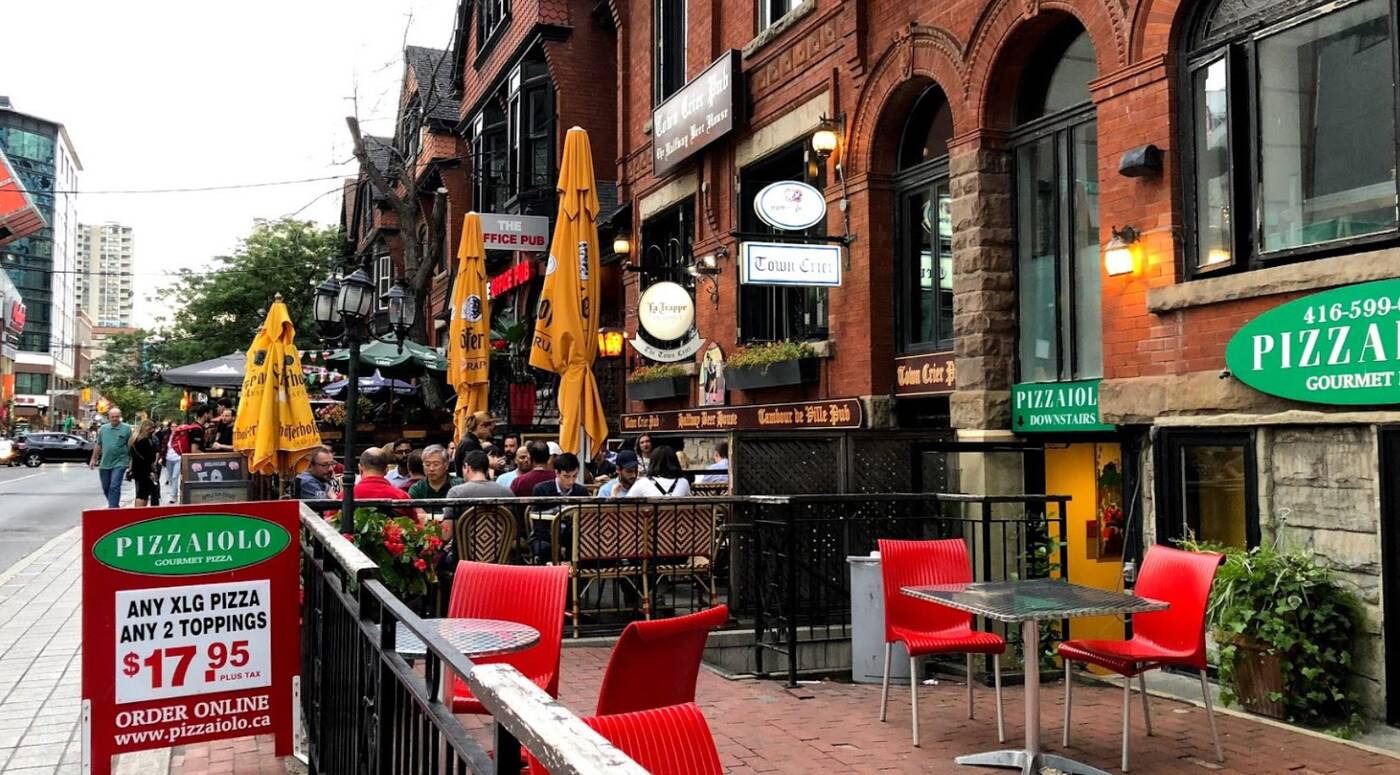 Pizzaiolo has been a fixture for slices at the corner of Adelaide and John Streets. Photo via Google Maps 2018.

There's a 48-storey condo by Mondiale Development that's been in the works on the southeast corner of the intersection for two years. On top of that, underground construction work has impacted John Street's sidewalks for over a year as part of the city's corridor improvement plan.

According to Alda,  COVID-19, coupled with non-stop construction over the last year, has done irreparable damage to area.

In an Instagram post she says the last two years "were very hard with construction and then Covid, John and Adelaide has never been the same."

"We are going to miss seeing all the friendly faces of our customers everyday. "

Despite friction with construction, Pizzaiolo had a good relationship with workers who frequented the shop for lunch and even went out of their way to put up a sign on barriers directing customers to the store.

Alda, palpably heartbroken about the closure on the phone, was not available to speak on what her next steps are. Pizzaiolo still has over 20 franchise locations across the city, and several more spread across the GTA.

Drake invests in notorious chicken joint with locations in Toronto